Home » World News » Covid mural of 150,000 hearts is being painted beside the Thames

Mural of 150,000 hand-drawn hearts is painted on wall opposite Houses of Parliament to remember victims of the Covid pandemic as council turns blind eye and say it WON’T be removed

A mural with 150,000 hand-drawn hearts is being painted on a wall opposite the Houses of Parliament to remember victims of the Covid-19 pandemic – while the local council has turned a blind eye and said it won’t be removed.

Despite its position on the South Bank of the Thames, the Memorial Wall is not ‘political or antagonistic,’ organisers said, but is meant to provide a ‘visual representation’ of every life lost.

The hearts are being individually painted by bereaved family members and the mural is expected to stretch more than half a mile (1km) when finished.

While it has been created without permission, Lambeth Council have been informed and a spokesman said it was unlikely that the piece would be removed. 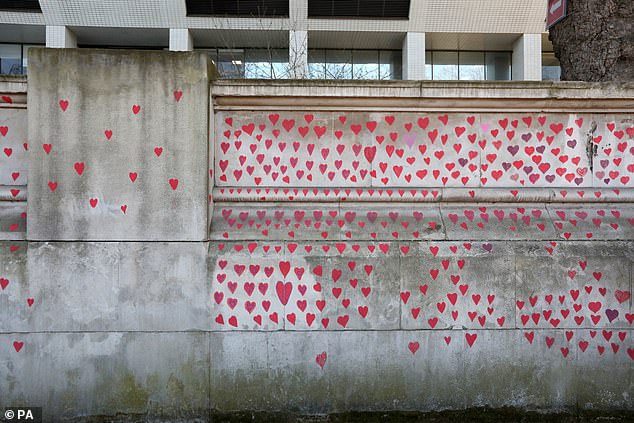 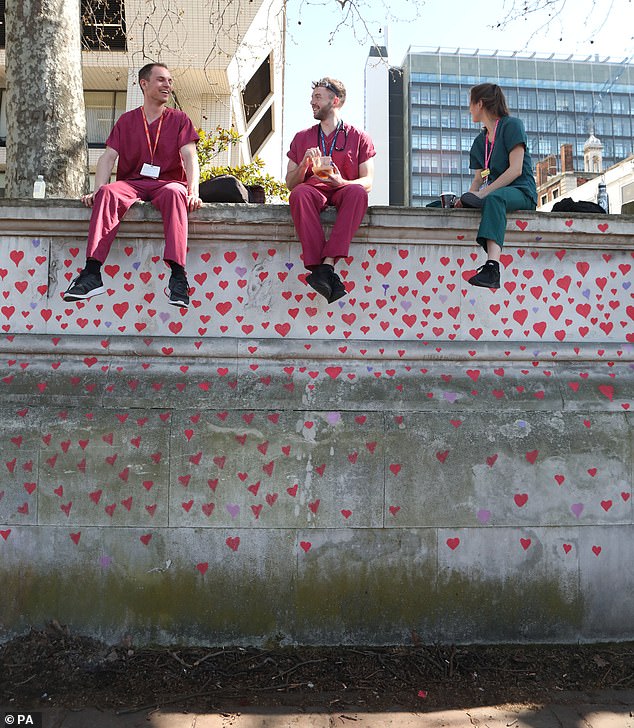 It has been organised by the campaign group Covid-19 Bereaved Families For Justice, who have previously called for an inquiry into the Government’s handling of the pandemic.

Matt Fowler, co-founder of the group, who lost his father to the virus, said: ‘Each heart is individually hand-painted (and) utterly unique, just like the loved ones we’ve lost.

‘And, like the scale of our collective loss, this memorial is going to be enormous.’ 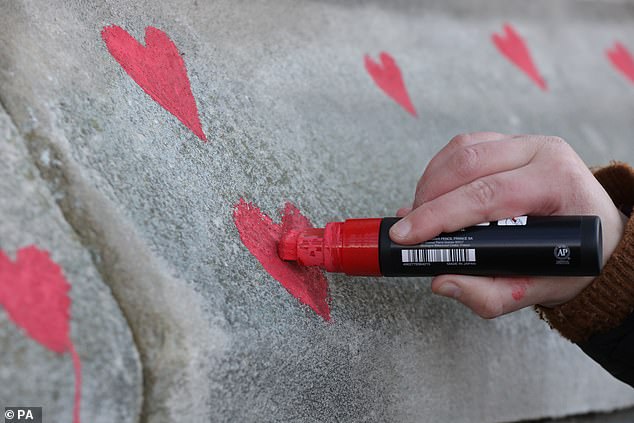 Around 150,000 hearts are expected to line the wall of a new mural, which has been started without permission from Lambeth Council 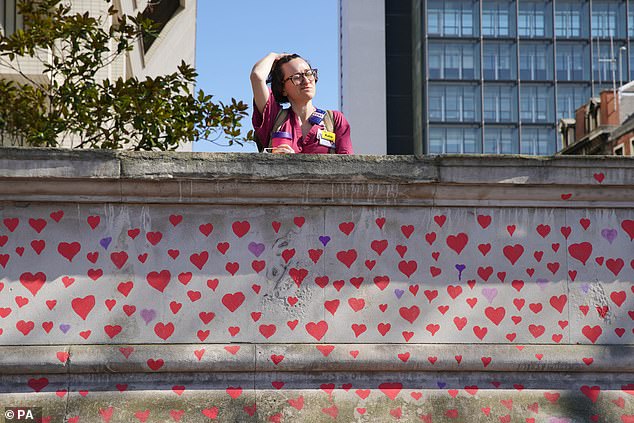 The mural is being organised by the campaign group Covid-19 Bereaved Families For Justice, who have previously called for an inquiry into the Government’s handling of the pandemic 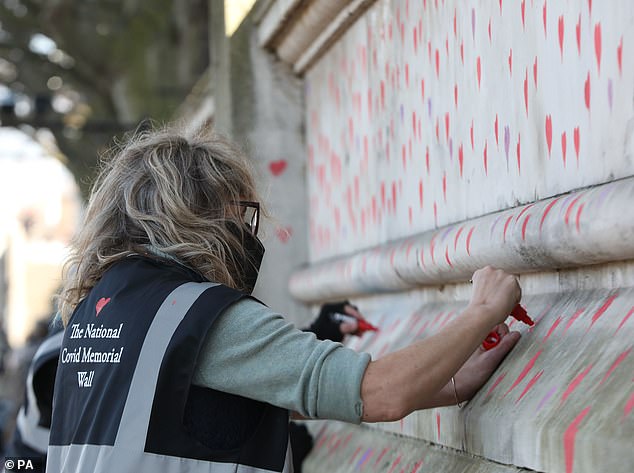 While Lambeth Council is not expected to remove the mural, families creating the piece said they would clean it up if they were asked 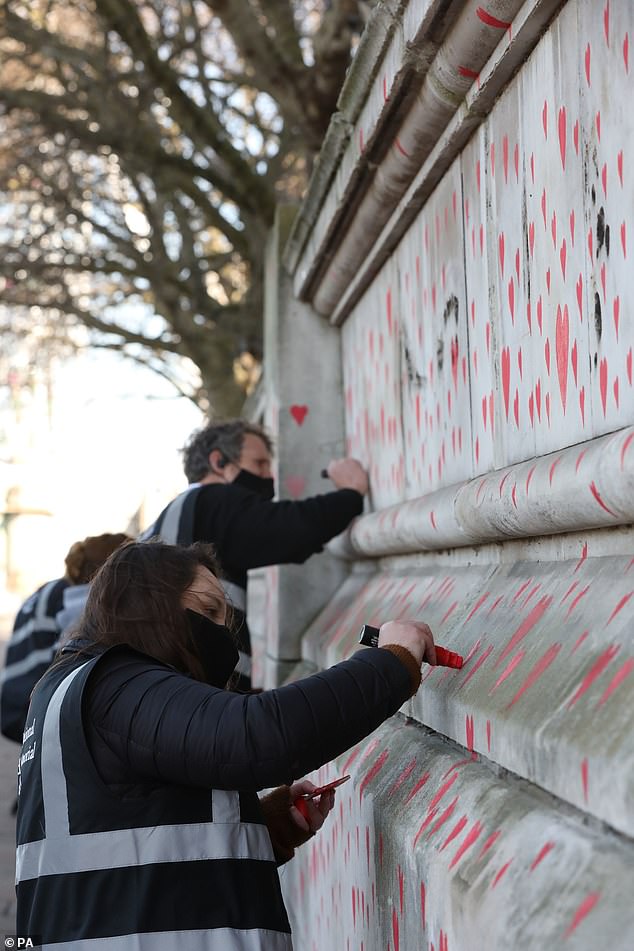 Thousands of love hearts are being drawn opposite the Houses of Parliament, but organisers say it is not meant to be ‘political or antagonistic,’ but a ‘visual representation’ of every life lost

A spokesman for the campaign said permission has not been obtained for the mural, but that Lambeth Council has been informed, and those taking part have offered to clean the area if told to do so.

‘We’re not trying to get arrested. We’ve committed to clean the site and totally restore it.

‘But we’re hopeful that, with support from the council and other political quarters, it will become an official and more permanent memorial site.

‘Hopefully it won’t be seen as an antagonistic political move, but we do want (the victims) front and centre.

‘Boris Johnson said recently people should be able to reflect, one year on, in whatever way they thought appropriate and this is our way.’ 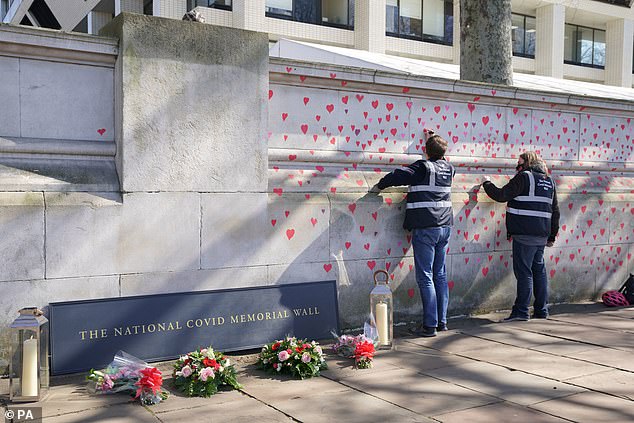 Flowers and candles have adorned a sign at the start of the mural, which organisers have dubbed The National Covid Memorial Wall 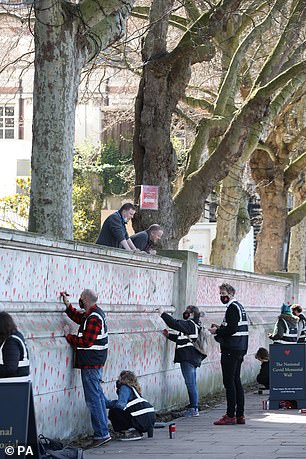 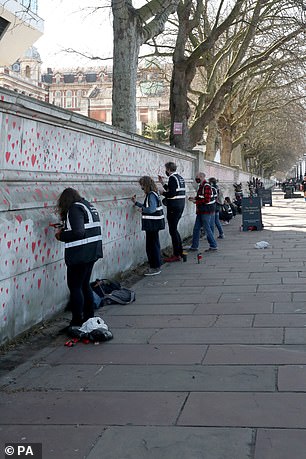 Once complete, the Memorial Wall is expected to stretch around half a mile down the Thames 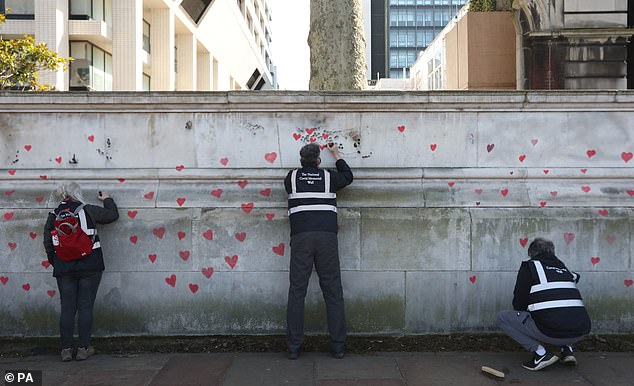 Matt Fowler, co-founder of the group, who lost his father to the virus, said: ‘Each heart is individually hand-painted (and) utterly unique, just like the loved ones we’ve lost’ 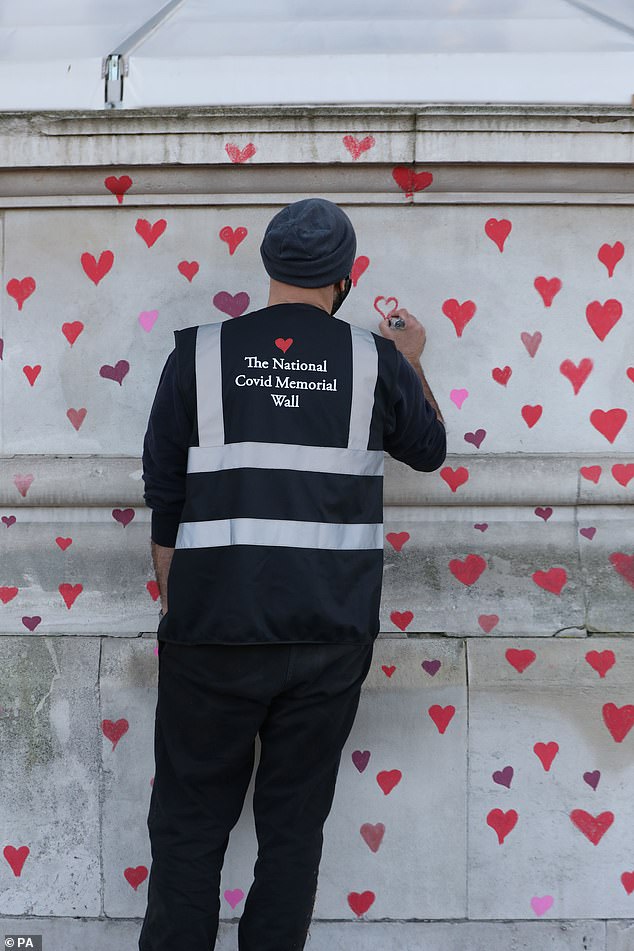 Work on the mural is expected to last several days, yesterday’s Covid death figures brought Britain’s total up to 126,592 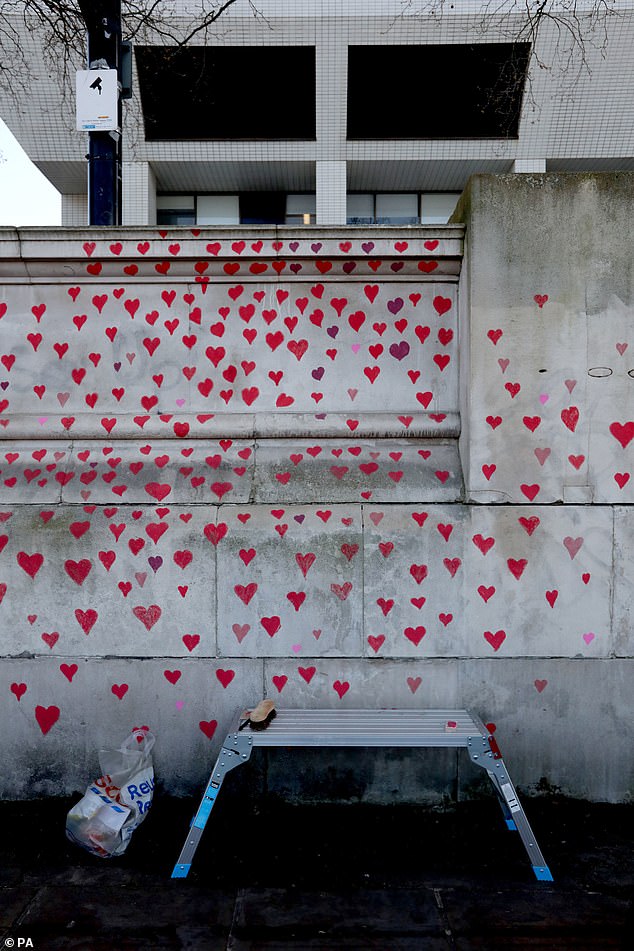 As today saw the return of the Rule of Six, groups were allowed to work together to begin work on the commemorative memorial 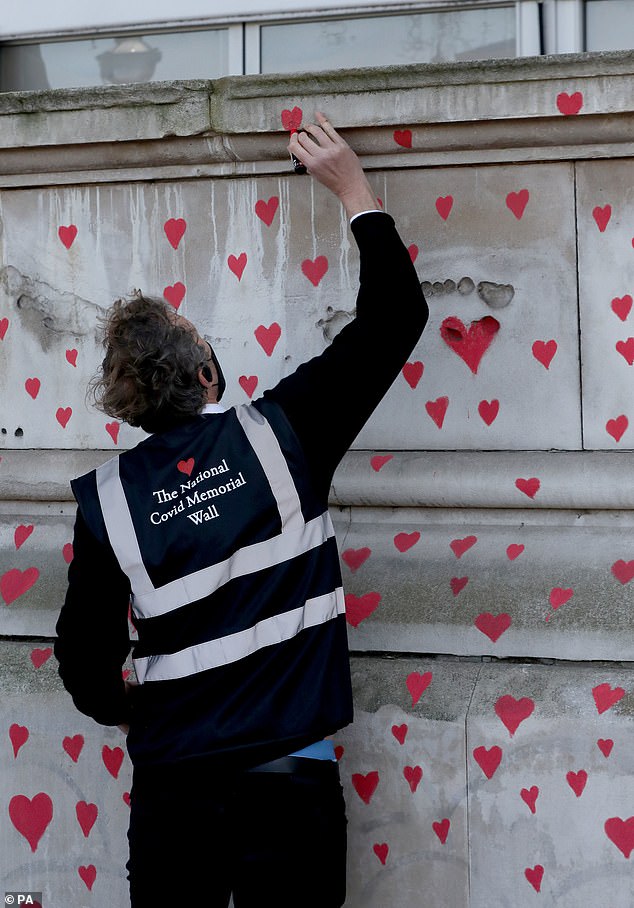 Lambeth Council is aware of the work underway on the South Bank of the Thames, but is not expected to remove the piece

Work on the mural is expected to last several days and the group has invited families through local networks to come and take part.

People are working in socially distanced groups of no more than six, in line with the updated coronavirus restrictions.

The spokesman added: ‘We’ve opened up the call to bereaved families so it wasn’t just our group down there, we wanted to make it more universal.

Mr Fowler added: ‘We know not everyone can come down here to see it, but we really hope this can become a focal point for remembering this national tragedy.

Gov. Cuomo threat to Ron Kim: ‘You haven’t seen my wrath, you will be destroyed’