Must be his stag do! Bizarre moment deer is spotted with an inflatable BEACH BALL stuck on its antlers

This is the hilarious moment a deer with a beach ball stuck to its antlers was filmed walking through a New Jersey neighbourhood.

Residents in Leonia, which is about three miles from Teterboro Airport, saw the deer roaming around on January 2.

A woman, who has not been identified said: ‘As we were getting outside from my mother in law’s house, we saw a deer running around with a beach ball stuck in between its antlers.’ 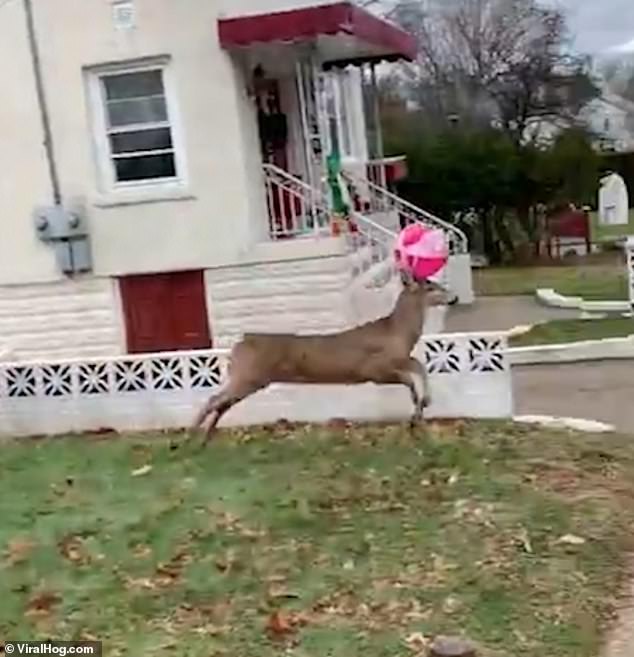 This is the moment a white tailed deer was filmed running through Leonia, New Jersey with a red and white beach ball stuck between its antlers 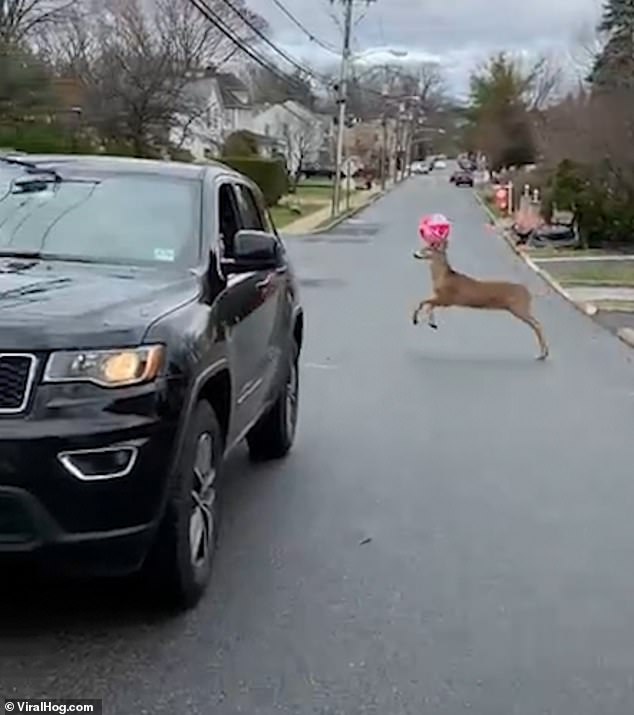 During the video, a woman can be heard asking the deer ‘where are you going?’ 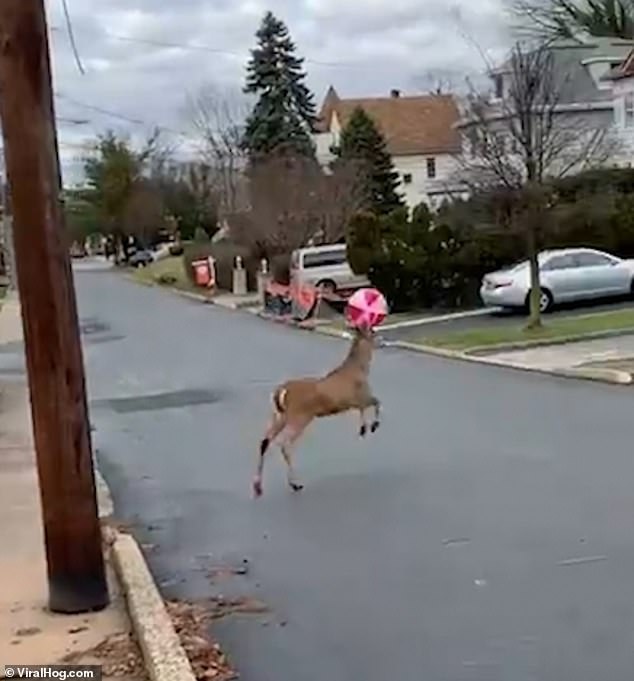 During the video, the woman can be heard asking the deer: ‘Where are you going?’

She also laughed raucously as the deer made it through the front gardens of a number of houses.

As the woman filming the 30-second incident approaches the deer it bolts across the street.

However, the deer was unable to remove the bright red and white ball from its antlers, which might endanger its life as it is in the middle of the state’s deer hunting season.

The white tail deer is seen as a nuisance by some in New Jersey because adult animals will destroy gardens, while collisions with cars cause extensive damage to the vehicles.

The state has more than 750,000 acres of public land available for hunters, though the number of animals killed is tightly regulated

Dr. Anthony Fauci weighs in on gun control branding spate of mass shootings a public health emergency in the US