DISNEY World is taking heat for hosting a farewell bash with hundreds of visitors before the park closes due to the escalating coronavirus outbreak.

A Twitter photo shared by WDW News Today showed massive crowds gathered to watch a fireworks display at Magic Kingdom in Orlando, Florida on Sunday as the US government tries to contain the spread of COVID-19. 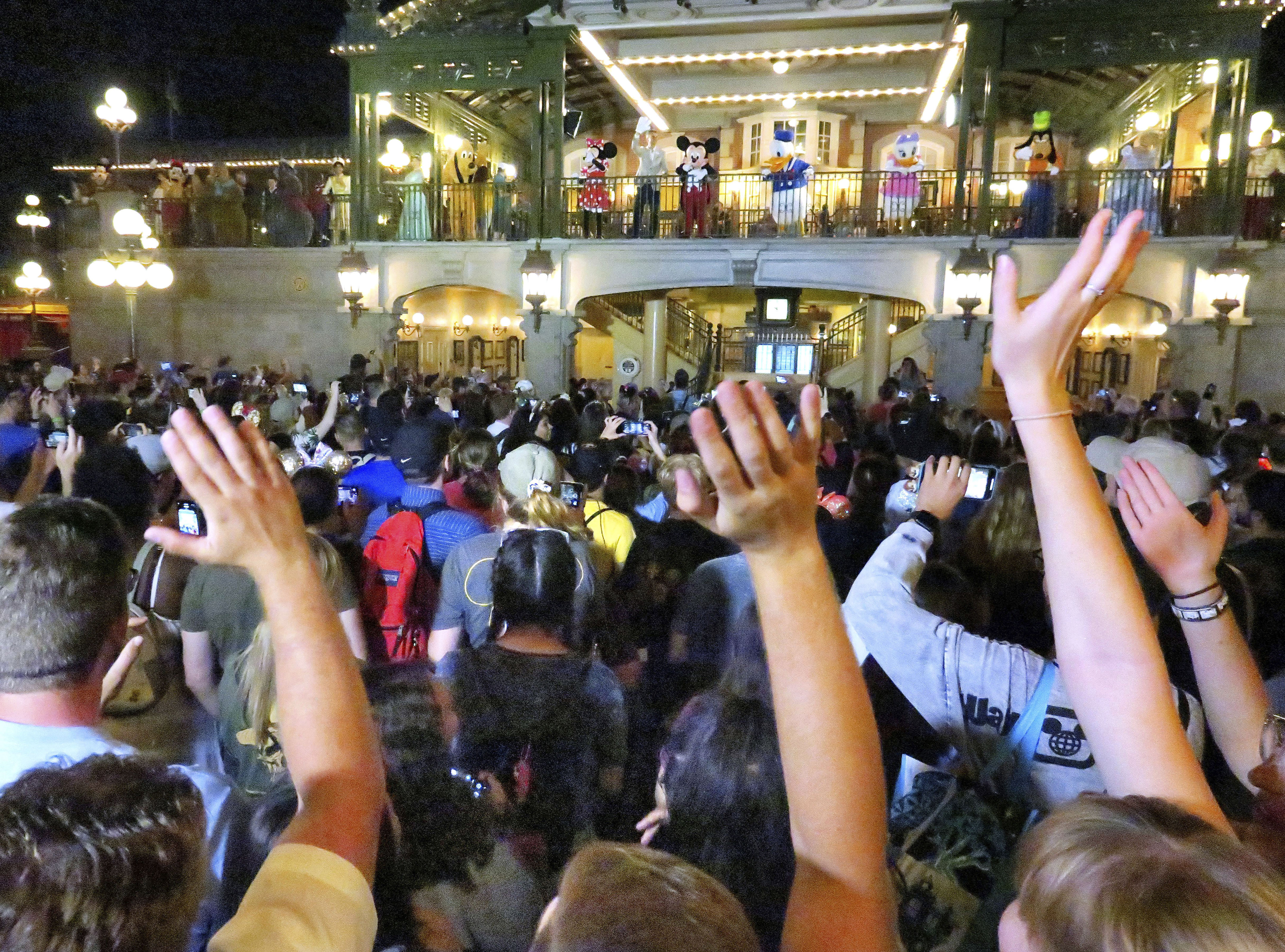 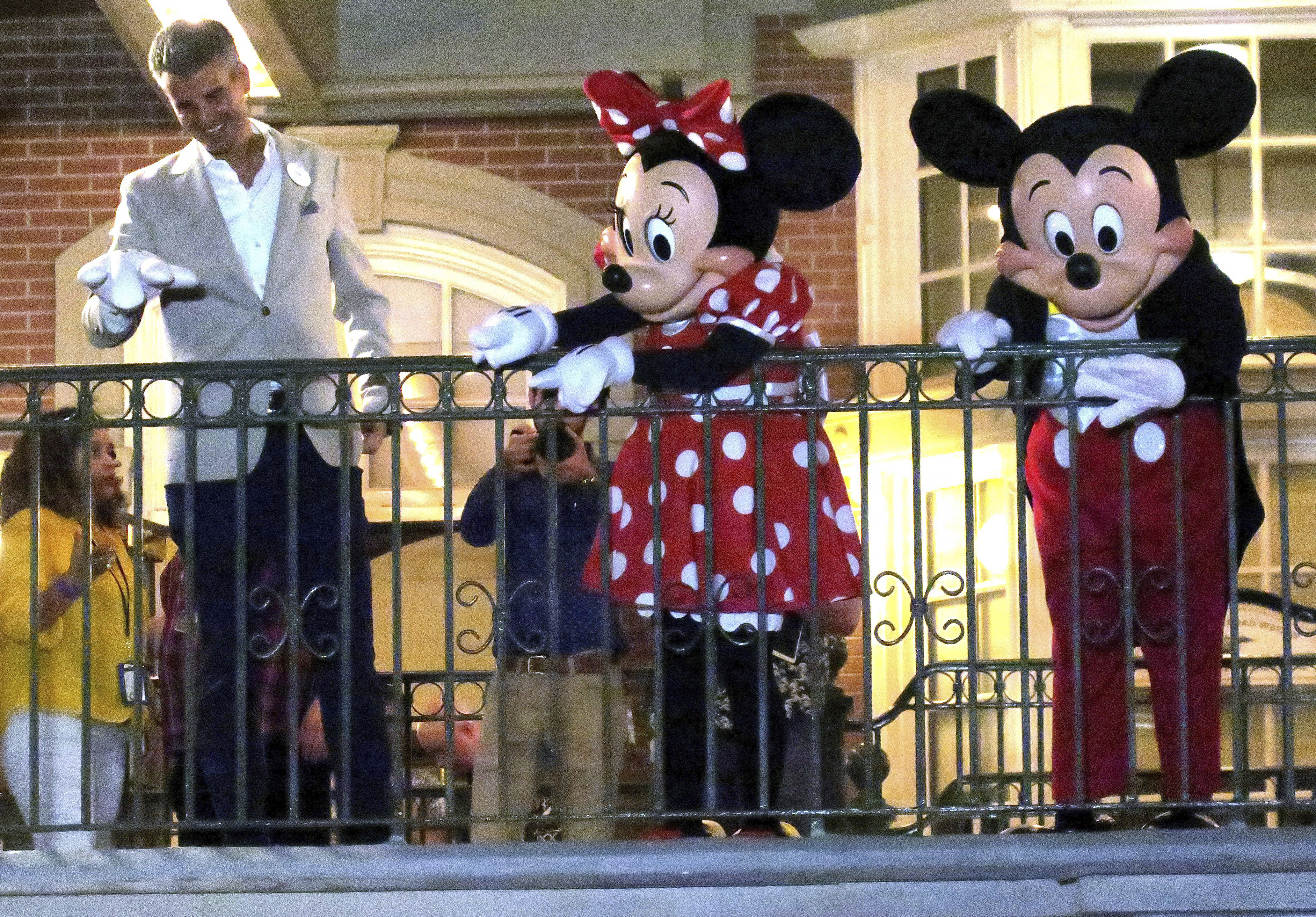 The disease has killed 69 people and infected more than 3,700 others – as of Monday morning, the Sunshine State is responsible for at least 136 of those cases.

Among the critics was Abigail Disney, the granddaughter of the theme park's co-founder Roy Disney.

"Are you f*****g kidding me??," she wrote in response to the controversial photo.

Several people slammed Disney over the tweet, calling the park irresponsible for hosting the event despite the Center for Disease control calling for the cancellation of large gatherings around the country. 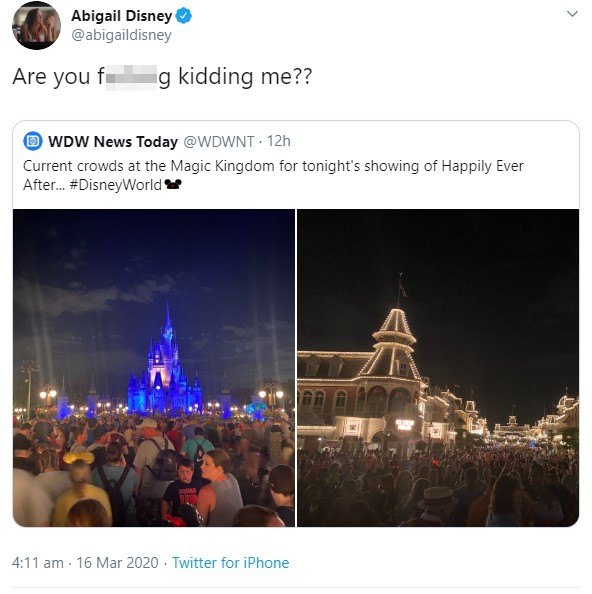 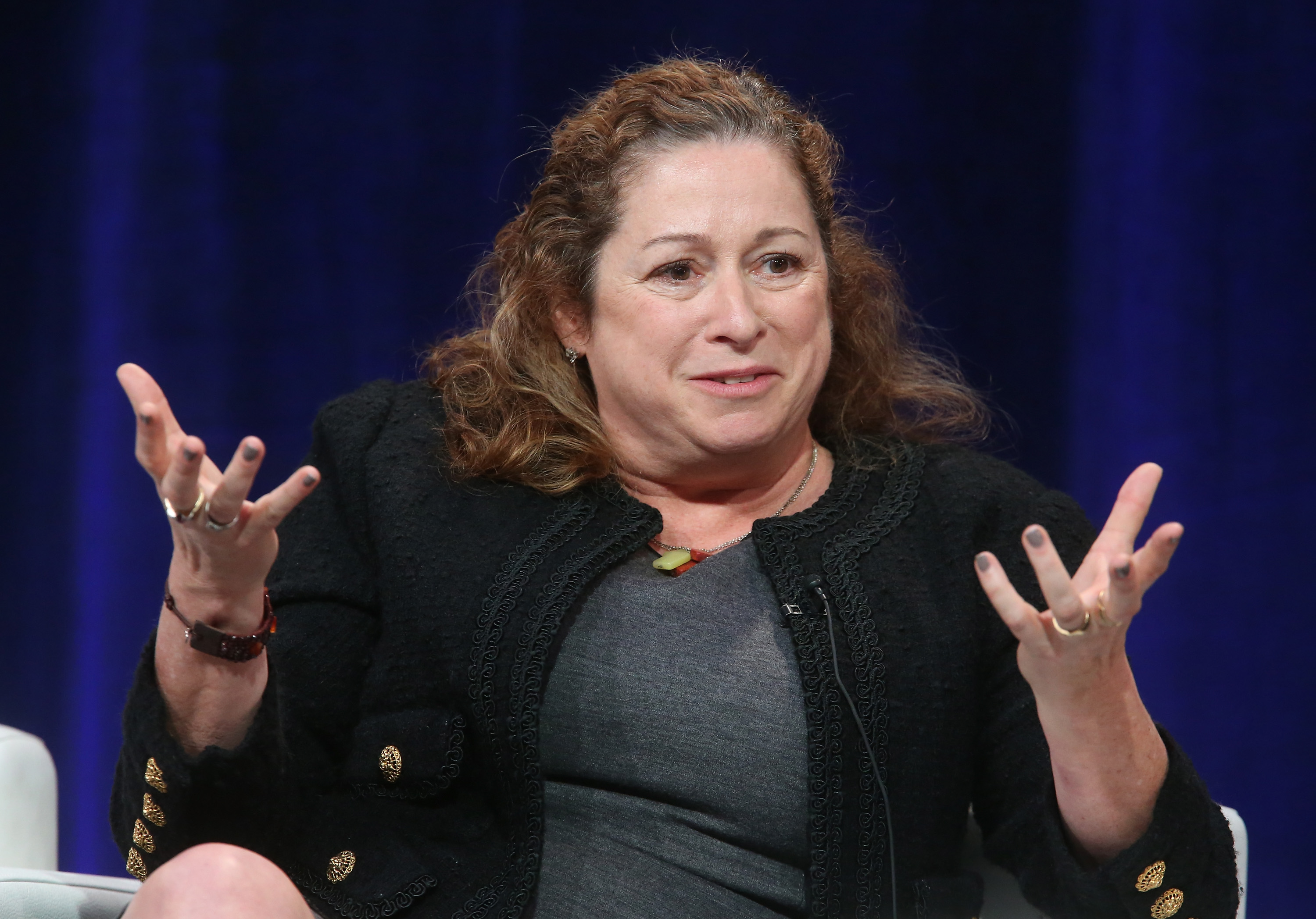 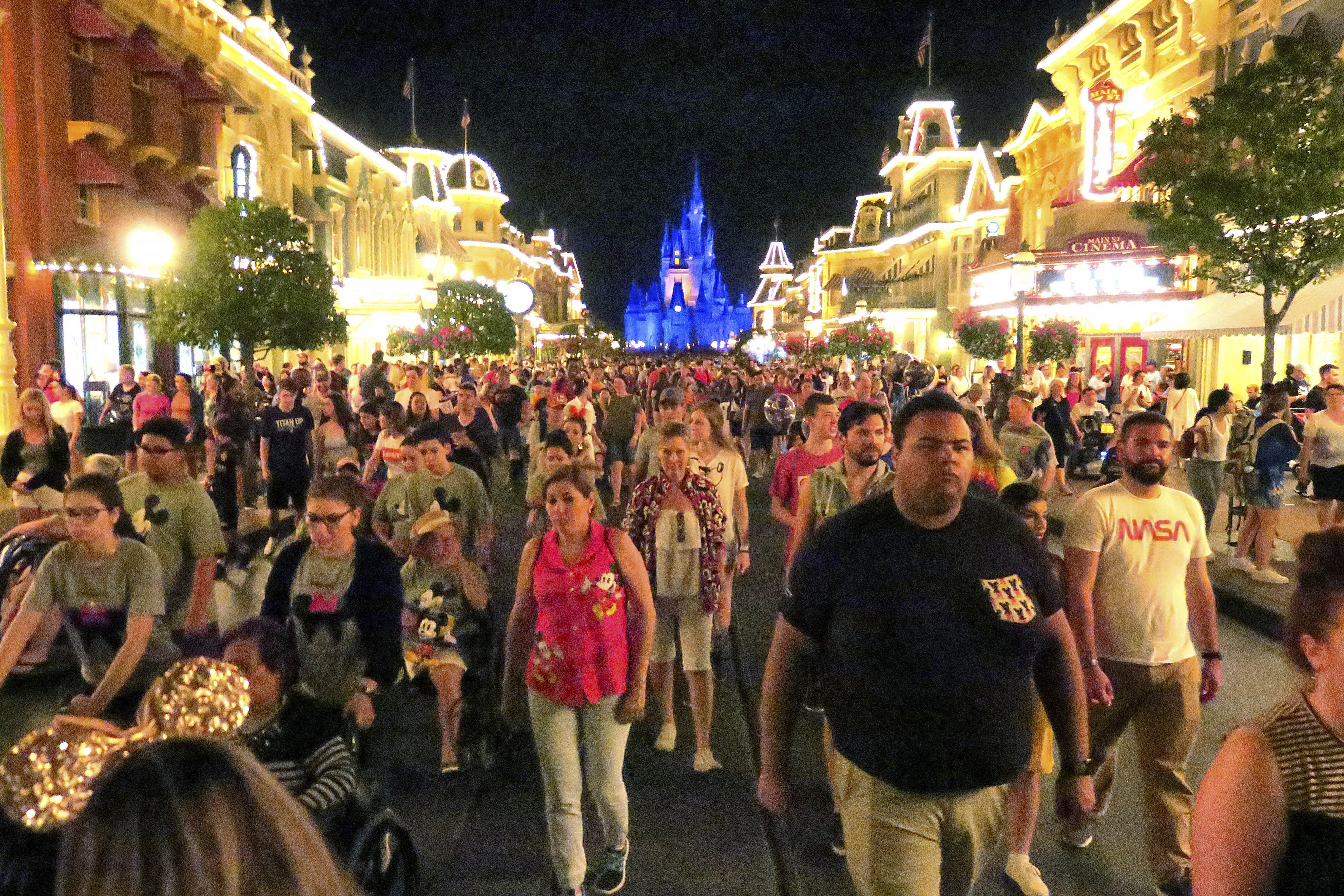 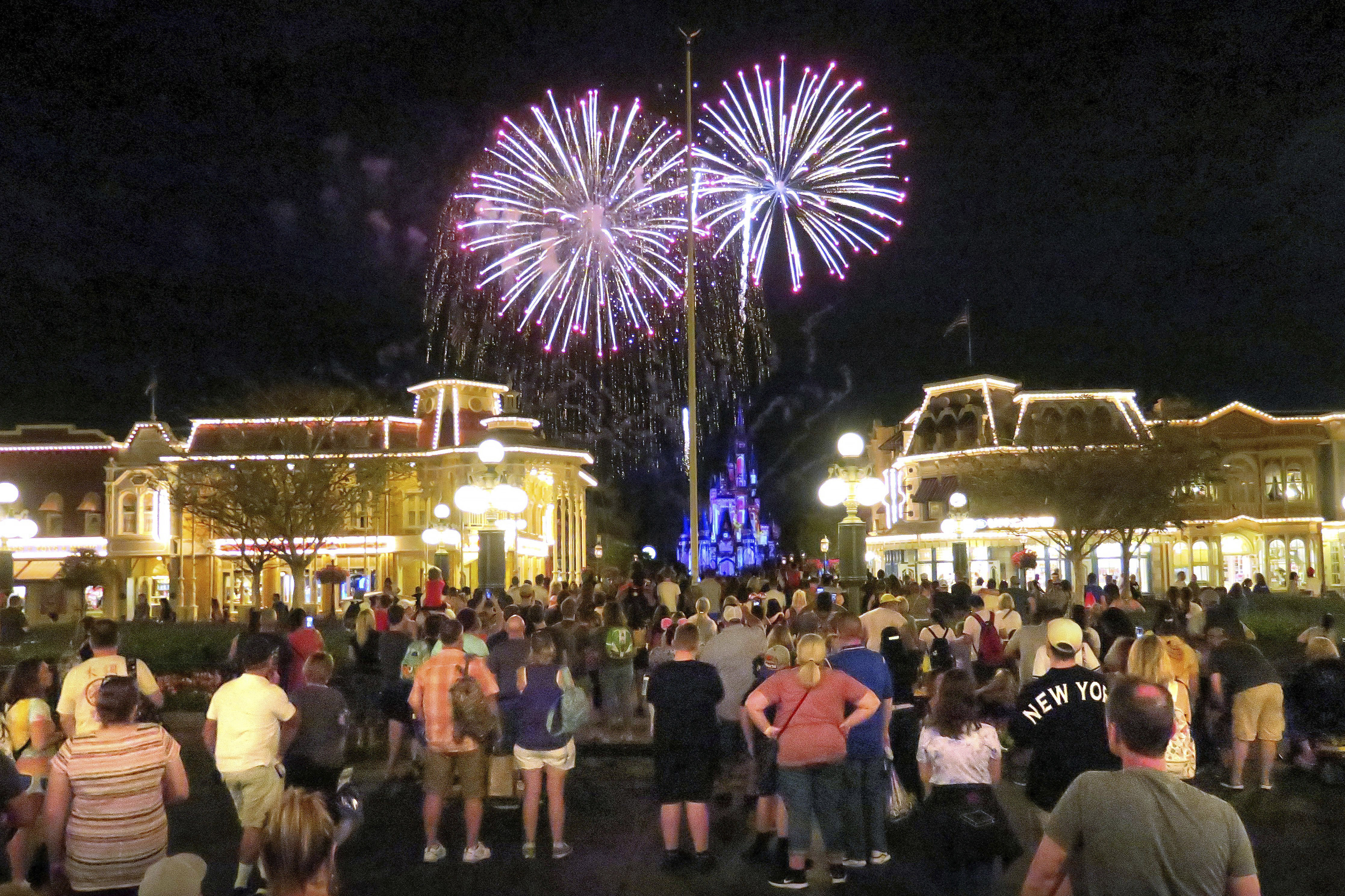 "@WaltDisneyWorld should be ashamed. I'm a pass holder and this is extremely disappointing," wrote one user named Amy.

"These parks should've been shut down immediately last week. Did we learn nothing from the Asian and European countries that were first afflicted?" said another.

"This is their response to a global pandemic and 'social distancing'," a third sarcastically remarked. 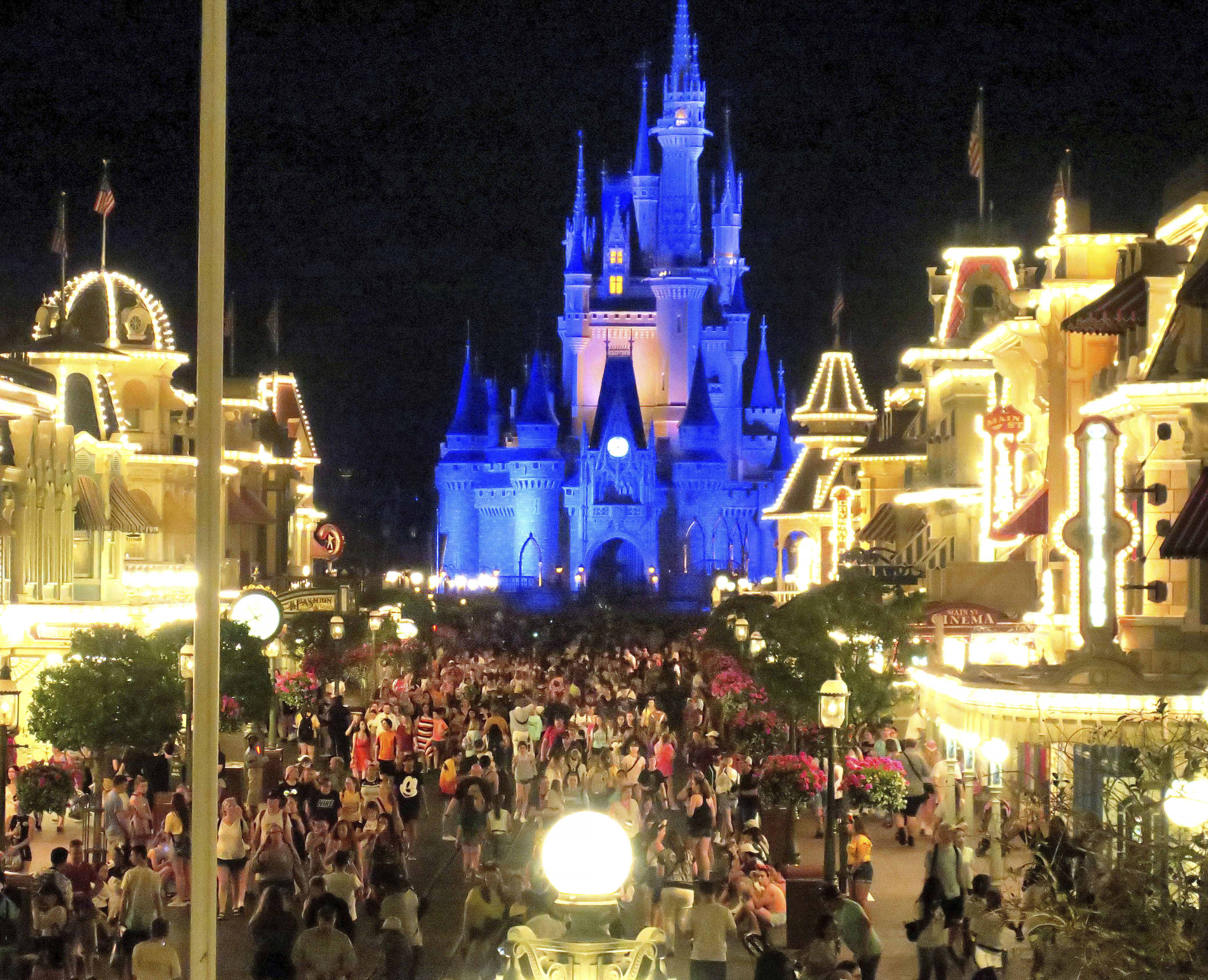 Several states around the country have shut down events and locations hosting gatherings of over 50 people.

On Sunday, a top CDC doctor suggested that a national two-week shutdown could be necessary to contain the spread of the pandemic, which has sickened more than 156,000 people worldwide and killed about 6,000.

Disney World did not immediately respond to a request for comment from The Sun.

Boy, 8, mauled to death by crocodile while swimming with pals in front of his devastated dad