The lesbian pride celebration, in its 29th year running, ended in celebration where groups of women splashed in the Washington Square Park fountain. 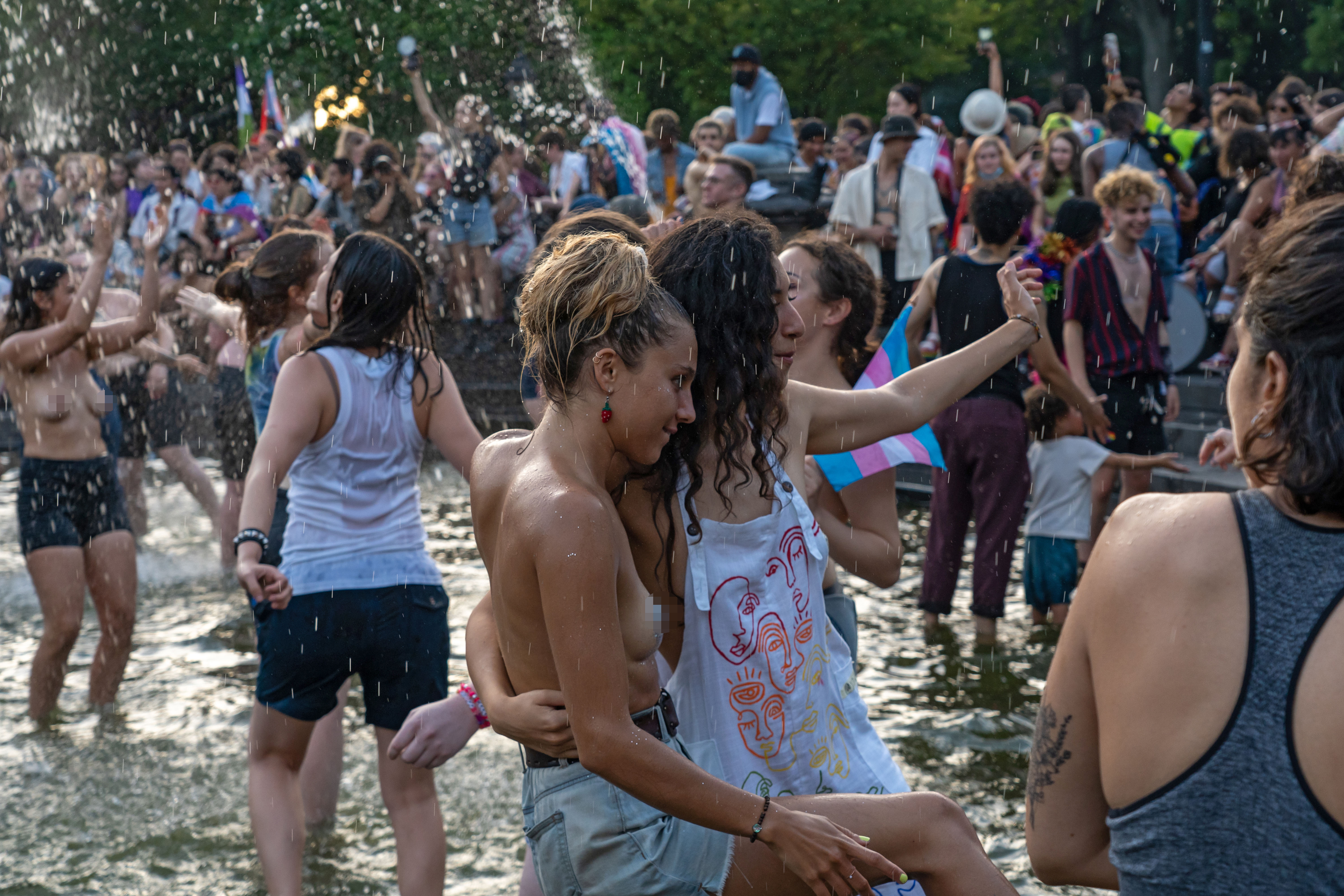 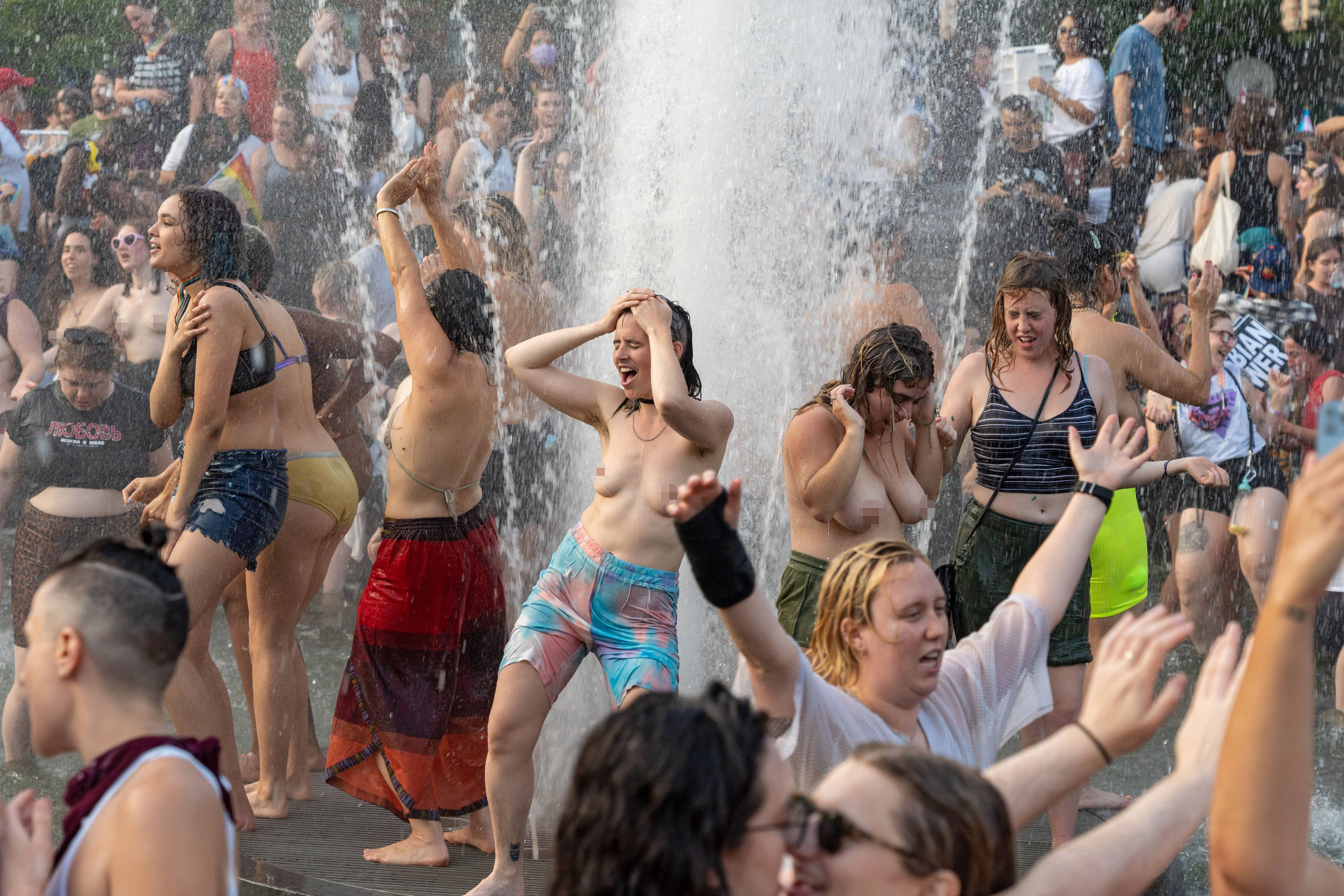 The event was brought back for the first time since the pandemic in March 2020.

Organizers described the event as a "protest march, not a parade" and a celebration of "beautiful and diverse Dyke lives", the New York Post reported.

Before 1992, going topless in New York was illegal but was made legal after a Court of Appeals reversed the ban – stating the nudity could not be used for commercial purposes. 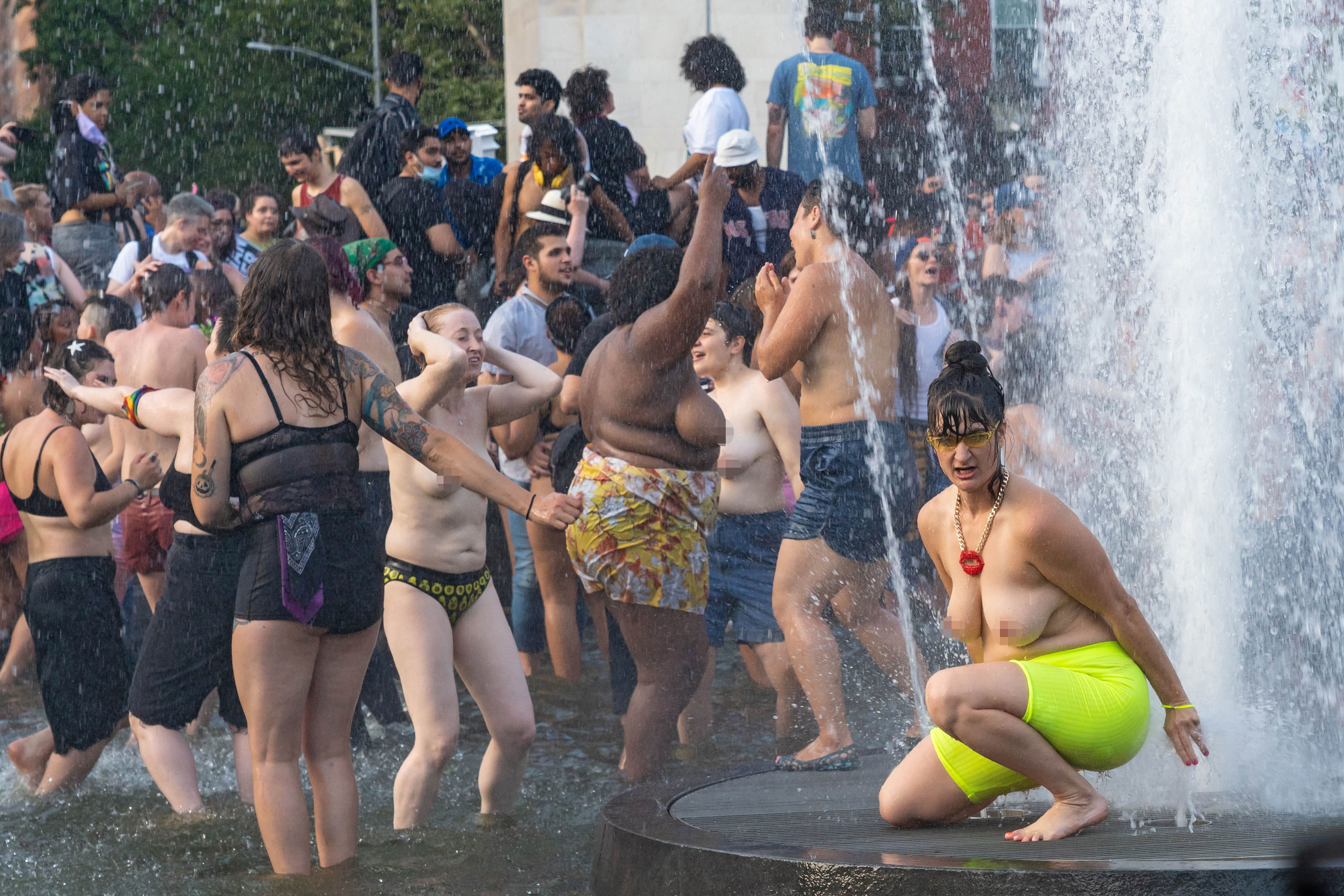 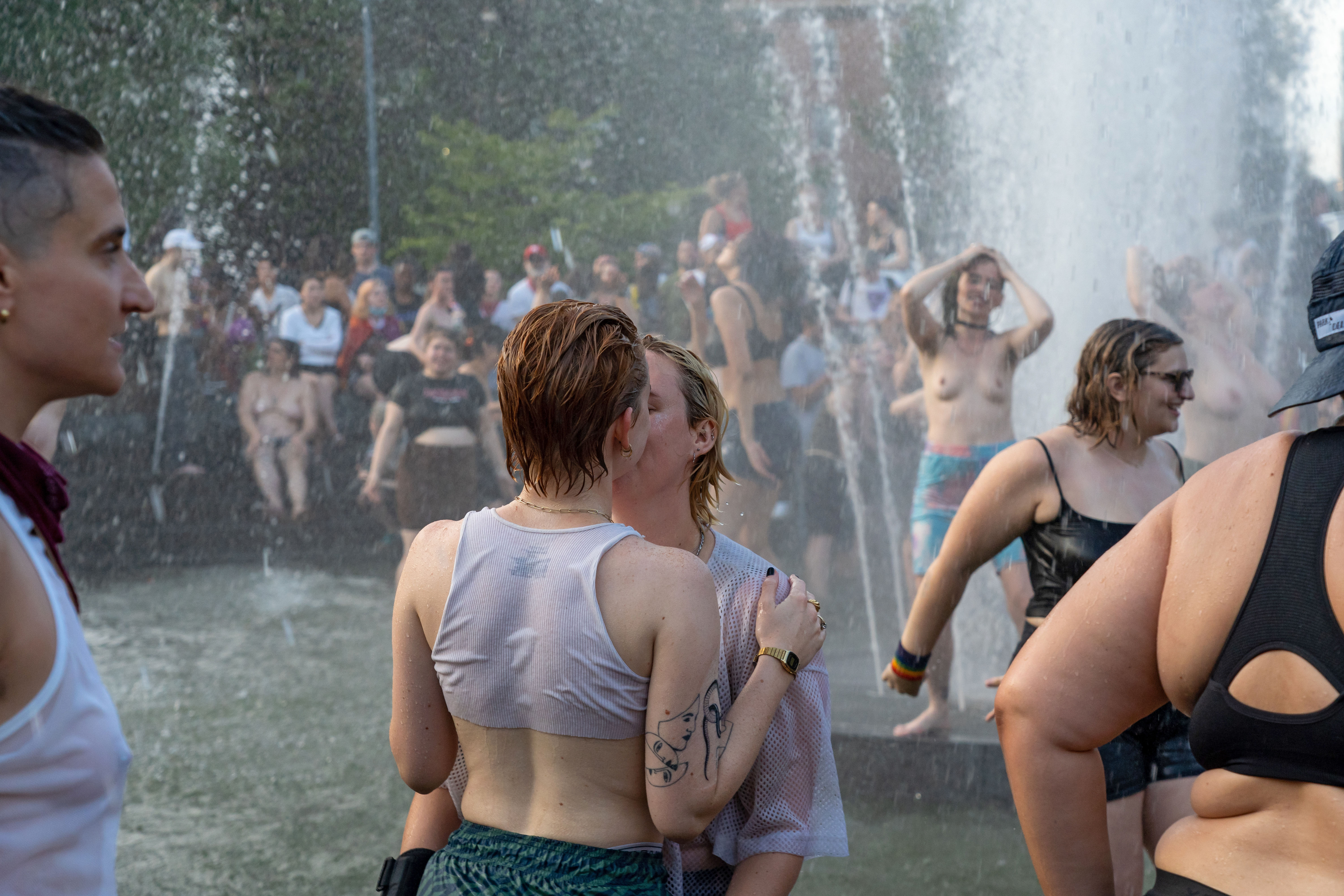 A source from NYPD told the DailyMail.com that while the midnight curfew was in place at the time, the force will not be cracking down on revelers until after Pride weekend ends. 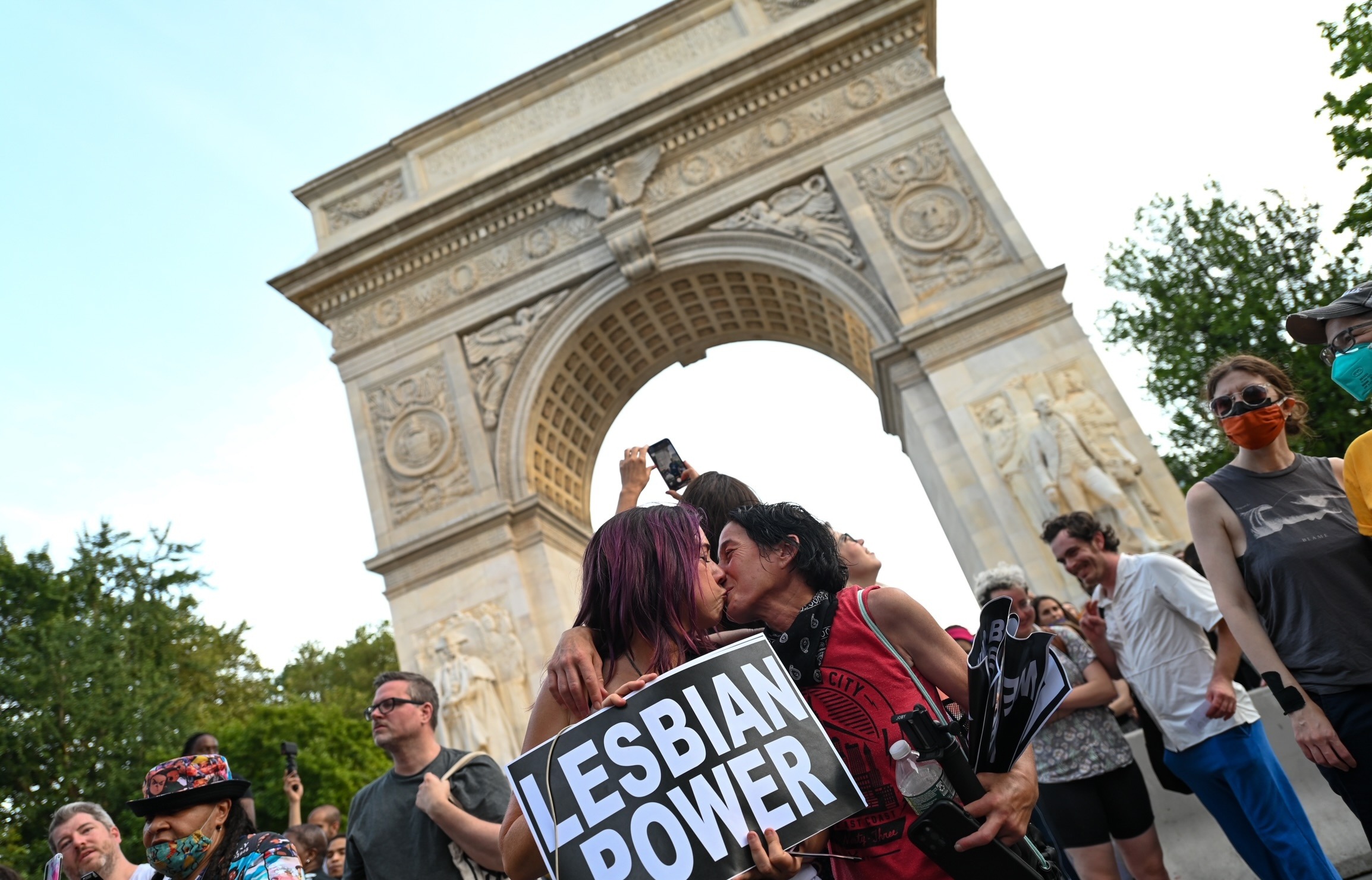 Footage posted on Twitter also claimed that pepper spray was being used against the revelers.

At least three people were arrested as revelers and cops clashed in New York City.

One witness told the New York Post that four people were sprayed while lying on the ground.

“They were just on the floor,” the woman said. “I saw people on the floor rubbing their eyes.” 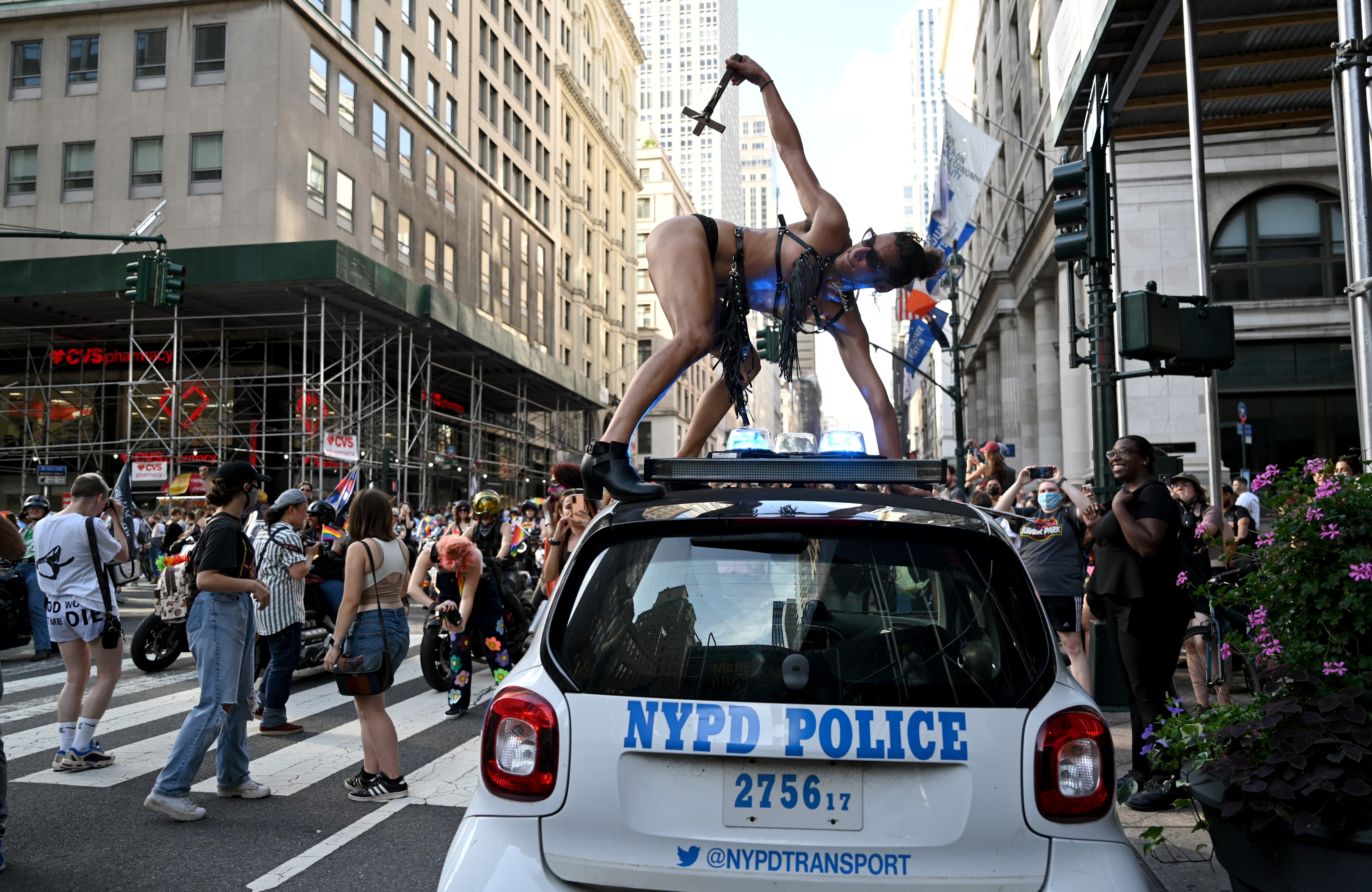 She claimed those involved “were marching and enjoying Pride, nothing else.”

The NYPD said it had no reports of pepper spray being used on the crowds.

The Gay Officers' Action League (GOAL), the LGBTQ+ organization of NYPD officers, would not be allowed to participate, Heritage of Pride, the organizing body of NYC Pride, announced in May.

It also announced that there would be a five-year ban on the NYPD's involvement in the march.

The NYPD would be present in a limited capacity but a private security firm would take the lead. 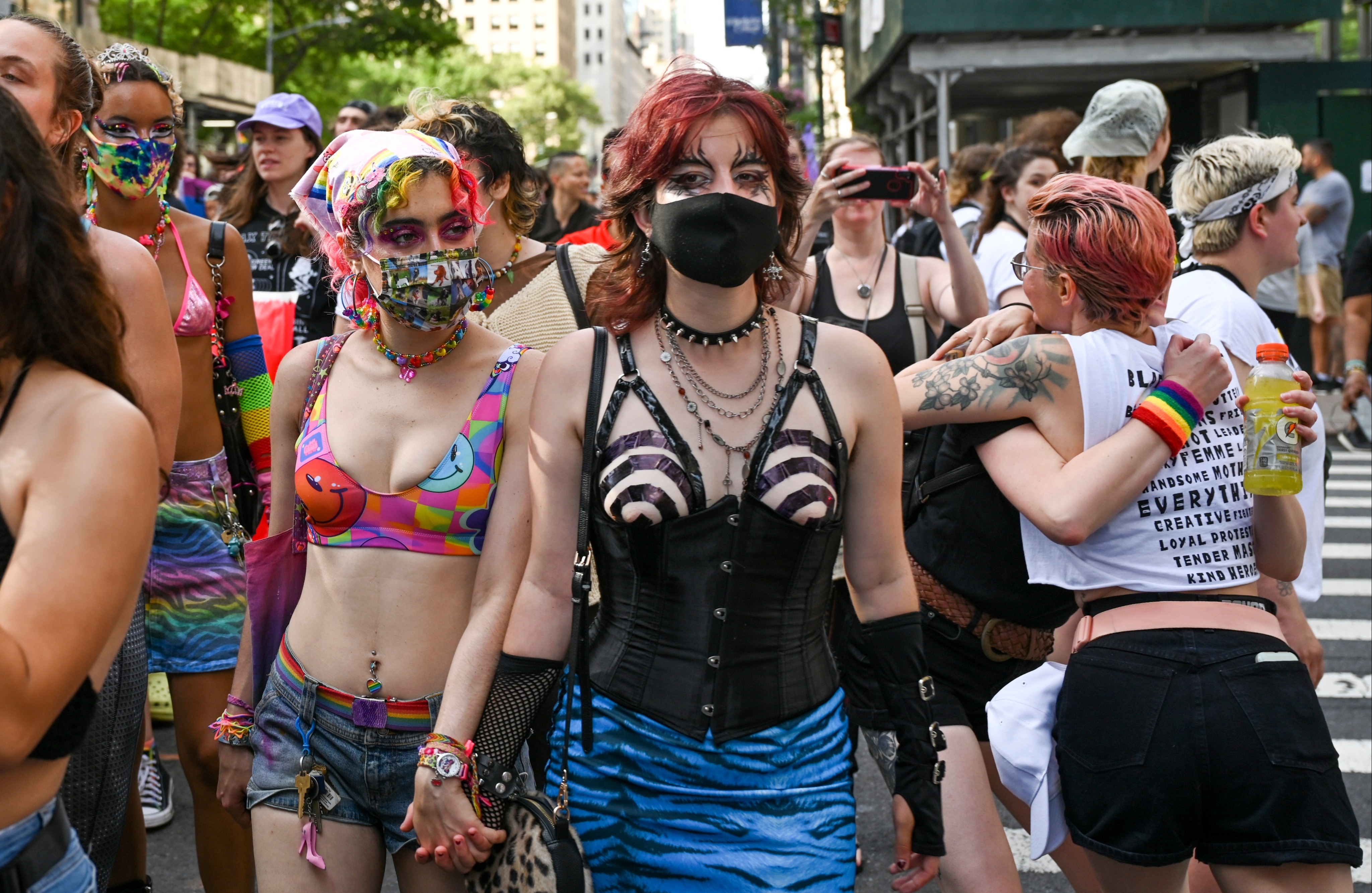 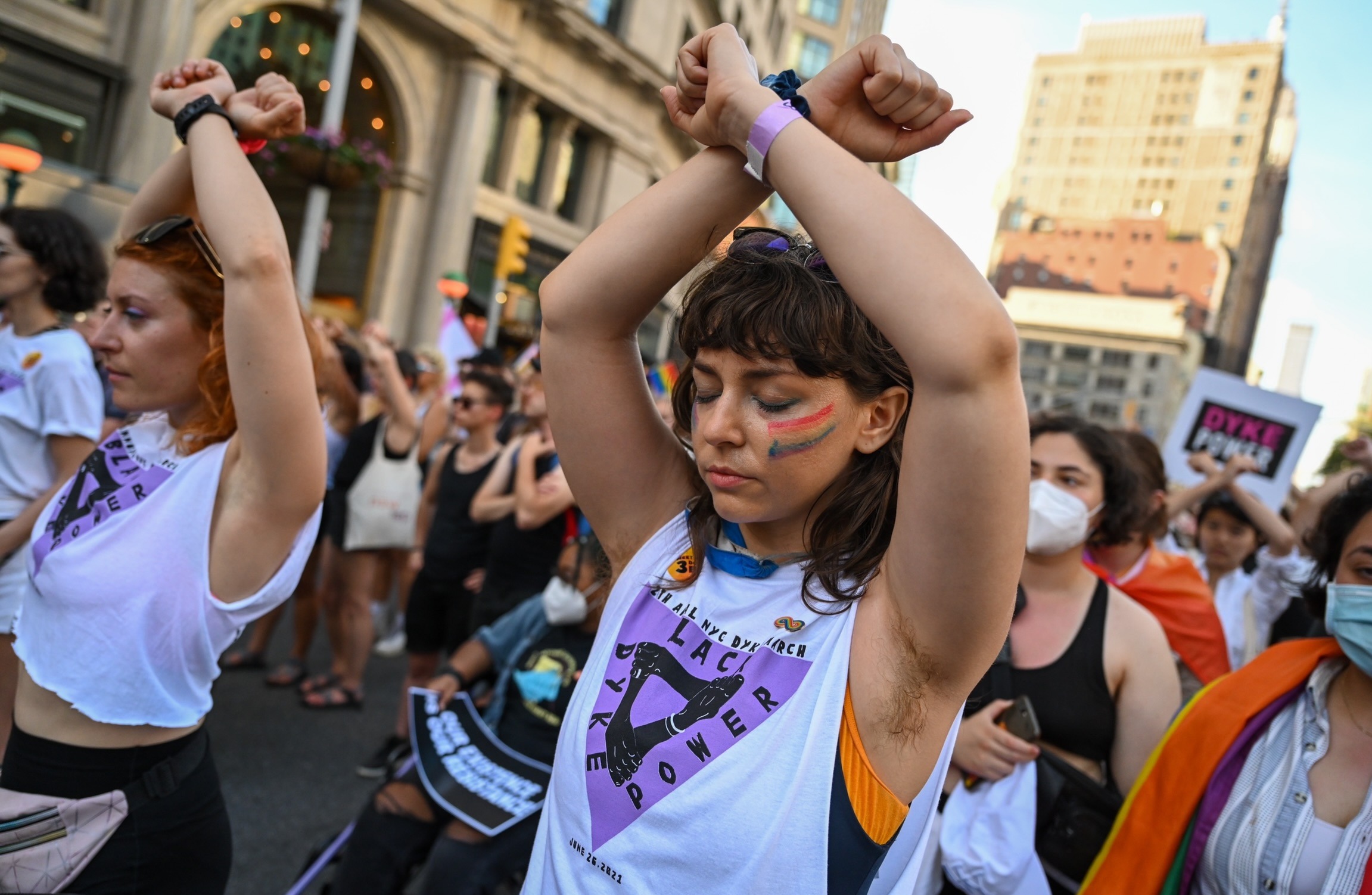 Scene in Borodyanka 'more dreadful' than in Bucha says Zelensky