Drug-related deaths in England and Wales have reached a record high, driven primarily by opiates, and high death fatalities among people in their 40s, figures show.

There were 4,859 deaths related to drug poisoning registered in 2021 – a rate of 84.4 deaths per million people, the Office for National Statistics (ONS) said.

This is the ninth consecutive annual rise, up 6.2 per cent from the previous year, and the highest number since records began more than a quarter of a century ago in 1993.

The ONS said the overall rising trend over the past decade has been driven primarily by deaths involving opiates, but also those involving other substances such as cocaine and new psychoactive substances had seen ‘significant’ rises in the last 12 months.

Fatalities from ‘designer’ pills that work similar to the anti-anxiety drug Valium, but can be up to 40 times stronger, have also risen sharply with 155 deaths recorded last year, more than triple death toll from the year before. 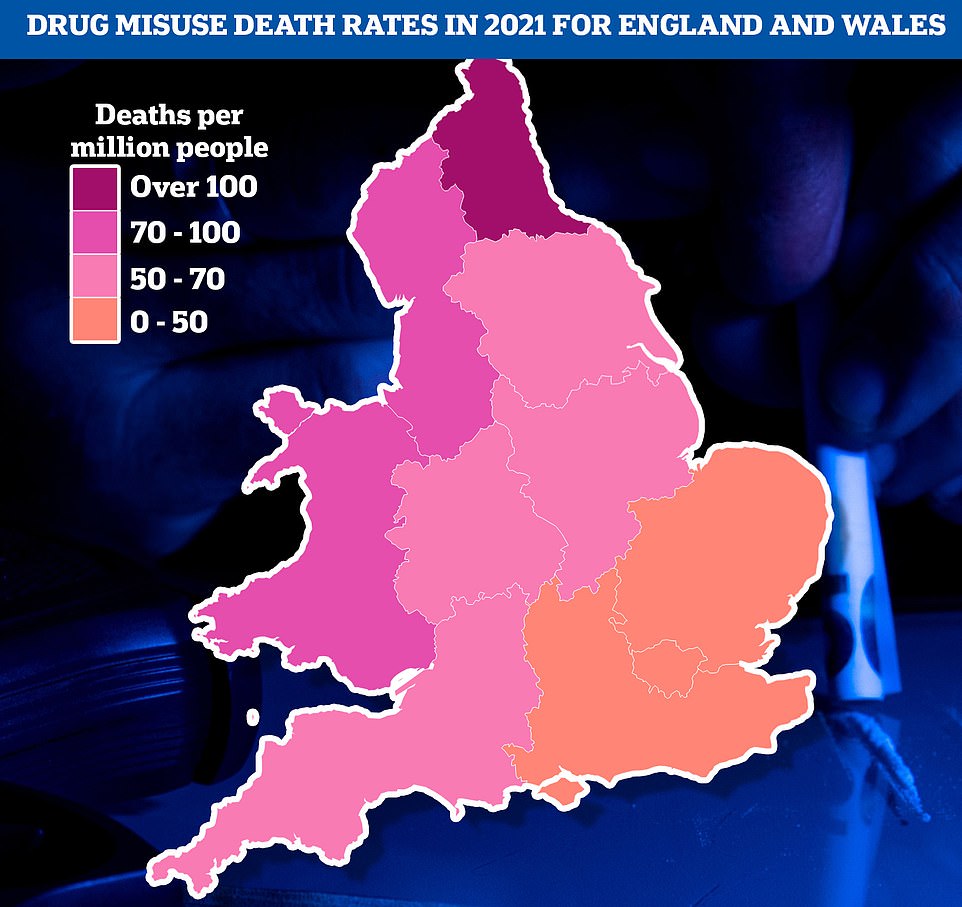 This map shows the deaths rates from drug misuse in each region of England and Wales in 2021. The North East recorded the highest death rate (104.1 deaths per million people) 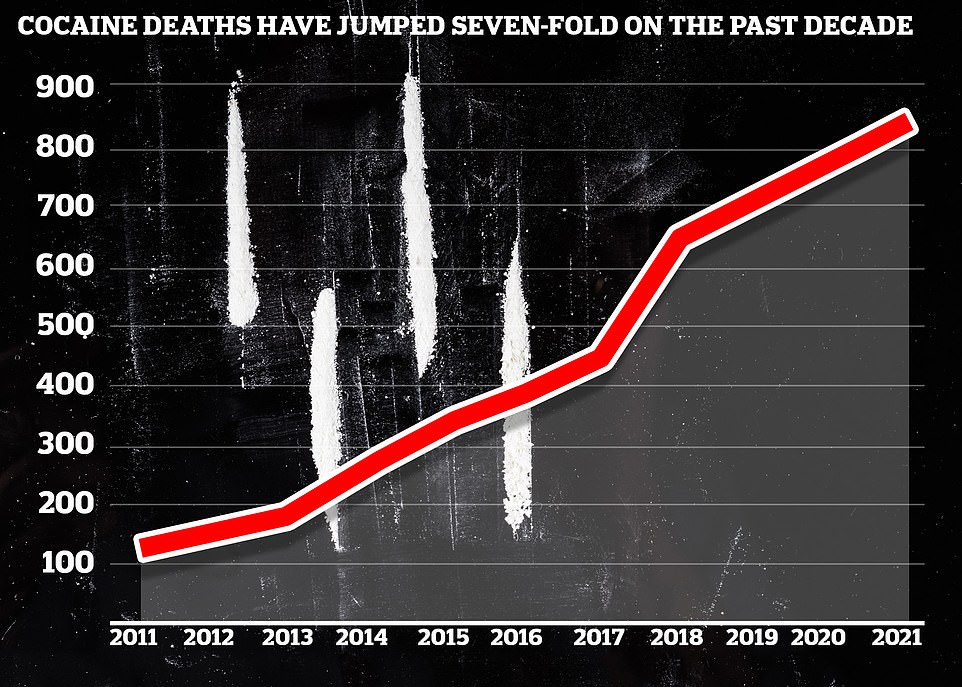 Deaths from cocaine have soared in the past decade, rising to 840 last year, more than seven times the 112 deaths recorded a decade ago 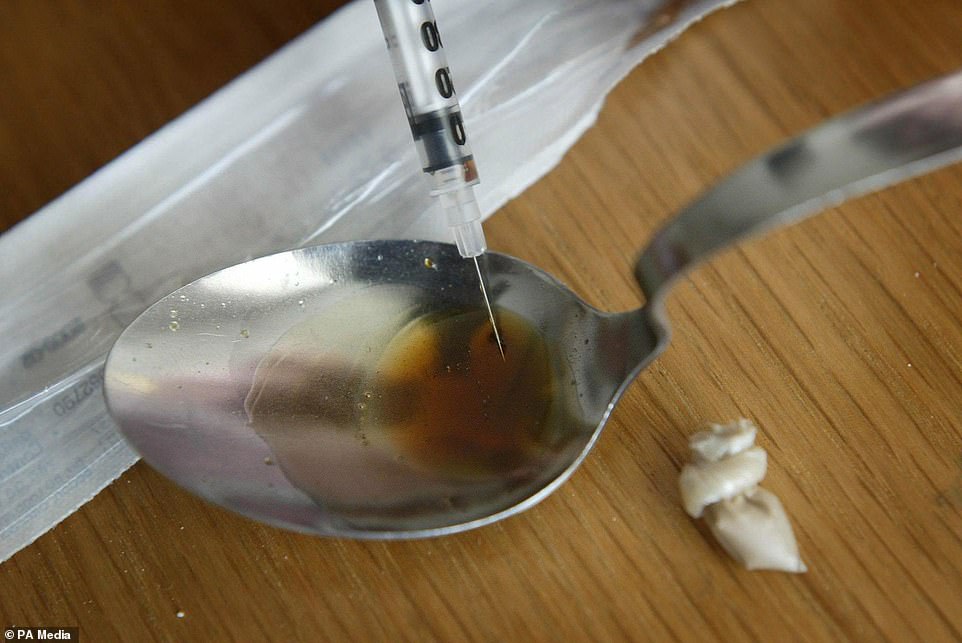 The number of drug-related deaths has increased with 4,859 deaths related to drug poisoning registered in 2021

Around half of these deaths registered in 2021 will have occurred in previous years due to death registration delays.

Of the deaths registered last year, 3,809 were due to accidental poisoning while there were 927 instances of intentional self-poisoning.

There were 119 deaths arising from mental and behavioural disorders as a result of drug use, and four deaths following assault by drugs, medicaments and biological substances.

Almost two thirds (3,060) of the total deaths were related to drug misuse, with just under half (2,219) involved an opiate.

This so-called ‘Trainspotting generation’, named after the novel-turned film starring Ewan McGregor that highlighted drug use in Edinburgh among teens and young adults in the 1980s and 1990s, had the highest death rate of all groups in England and Wales in 2021

In comparison, the drug death rate among people in their late 20s was only 45.9 deaths per million people.

A total of 258 deaths involving new psychoactive substances were registered, up 88.3 per cent from the previous year (137 deaths).

The charity, Turning Point, called for the Government to continue to invest in ‘life-saving’ health, housing and social care services.

A spokeswoman said: ‘The pandemic exacerbated an existing public health crisis – however, we are clear that drug deaths are preventable.

‘At a time of political uncertainty, these new statistics provide a loud and clear call, whatever your political allegiances.

‘The Government’s 10-year drug strategy announced at the end of last year and additional funding coming into services is helping to turn the tide but there is a way to go.’