AN ENGLAND fan left for dead by Russian Ultras had shocking injuries like he had fallen from 26 feet, a doctor told a court.

Former delivery driver Andrew Bache, 55, was left paralysed for life and barely able to speak after being attacked by hooligans at Euro 2016. 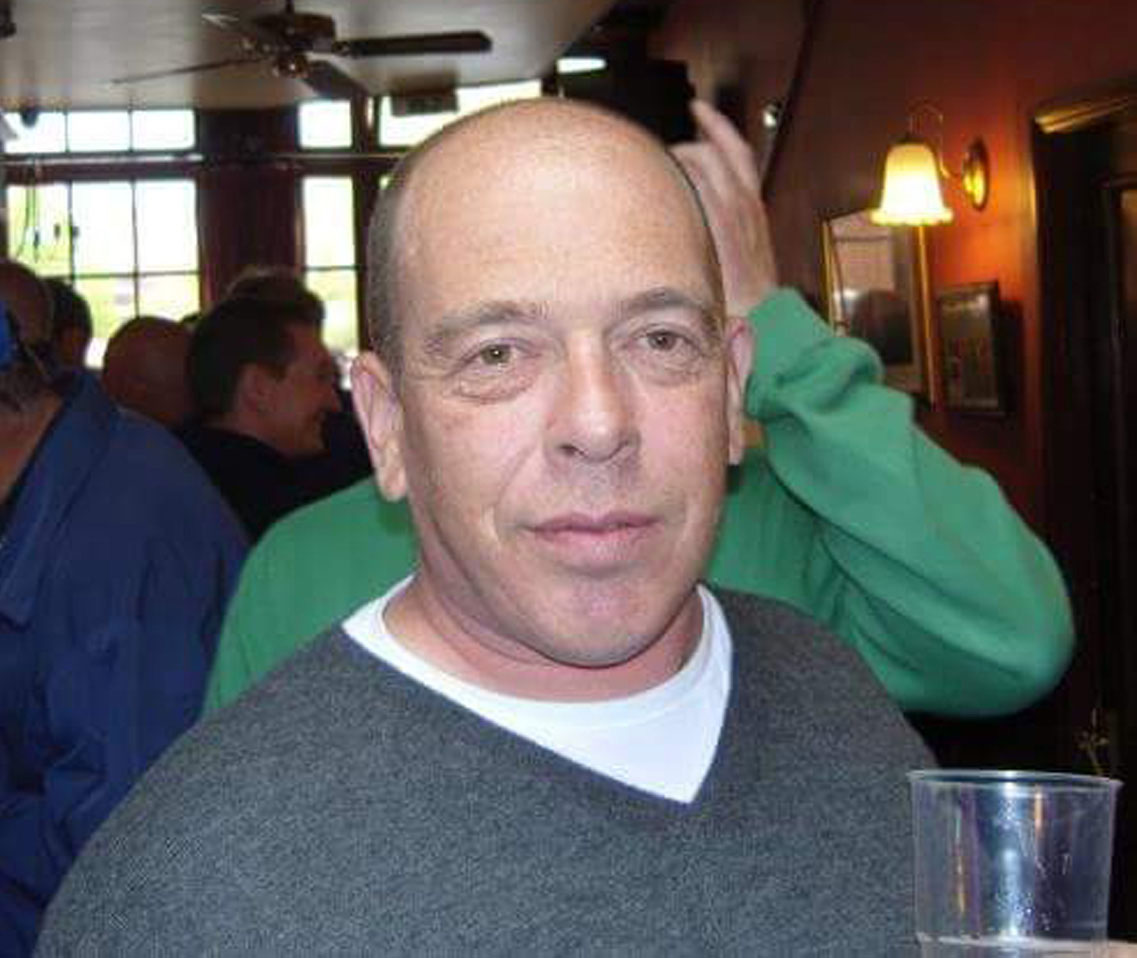 He was targeted as he enjoyed a drink with pals in the French city of Marseille ahead of England's match in June 2016 against Russia.

It was a 15 second assault that changed his life forever, the French court was told.

Medical expert Dr Michel Blanc said his injuries were consistent with a fall from 26ft.

He told the court: ''When I examined him two years after the event I was amazed he was still alive.

''I questioned how he could have survived. It was a miracle that he did not succumb to his injuries.

''He had multiple cranial fractures and a cerebral haemorrhage, the injuries were consistent with a fall of around eight metres (26.2 ft).

"In my opinion he has irreversible disorders.'' 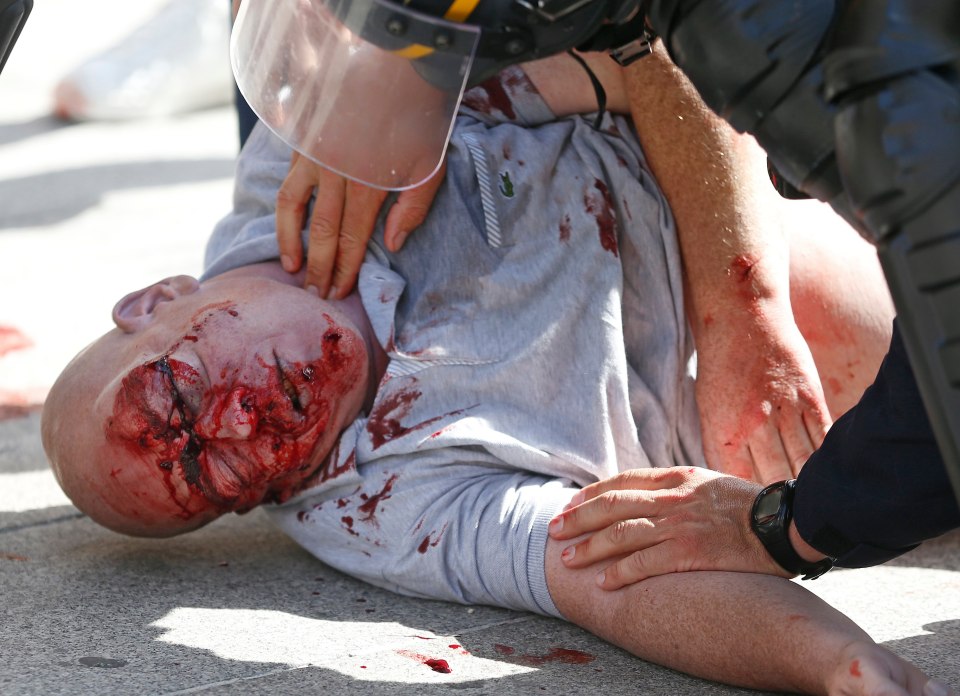 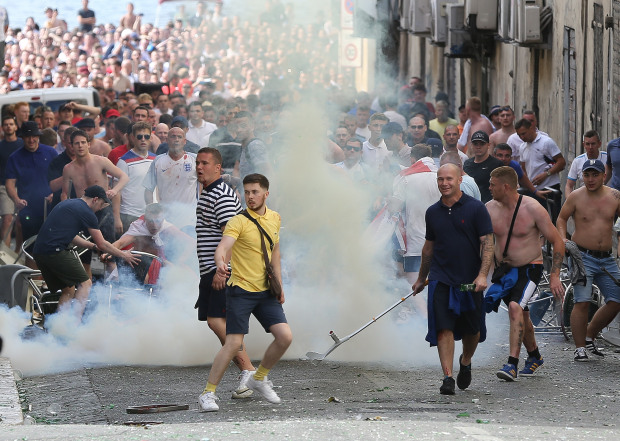 Dramatic video footage played in court showed him in the moments leading up to the assault by Mikhail Ivkine and Pavel Kossov, who are now on trial in Aix en Provence.

The pair, both 34, face up to 15 years in jail if found guilty of the brutal assault amid horrific clashes before England played Russia in June 2016.

Timed at 5pm and twenty seconds, Ivkine can be seen throwing a chair towards Andrew, who is hit on the shoulder but doesn't fall to the ground.

Seven seconds later he is punched from behind to the head by Kossov and then collapses, five seconds later another Russian fan who has never been identified hits him on the head and three seconds later Kossov kicks him in the kidneys.

He was left in a coma after receiving at least three blows to the head.

Another England fan, Stewart Gray, from Leicestershire, was also left in a coma following the violence which left another 32 Three Lions fans hurt.

The court has also heard from three members of Scotland Yard's Cyber crime unit who used footage of the riots that day and spent weeks trawling through Facebook and social media websites in Russian before positively identifying Pavel and Kossov.

Met police officer Andrew Barnes told the court they had also used footage given to them by convicted British hooligan John Askey who was in Marseille at the time of the rioting and who was said to have a past ''linked to football and violence''.

Images from the day show Andrew covered in blood on the ground.

His heart stopped as he lay injured, and he owes his life to a hero French policeman who gave him cardiac massage for three minutes. 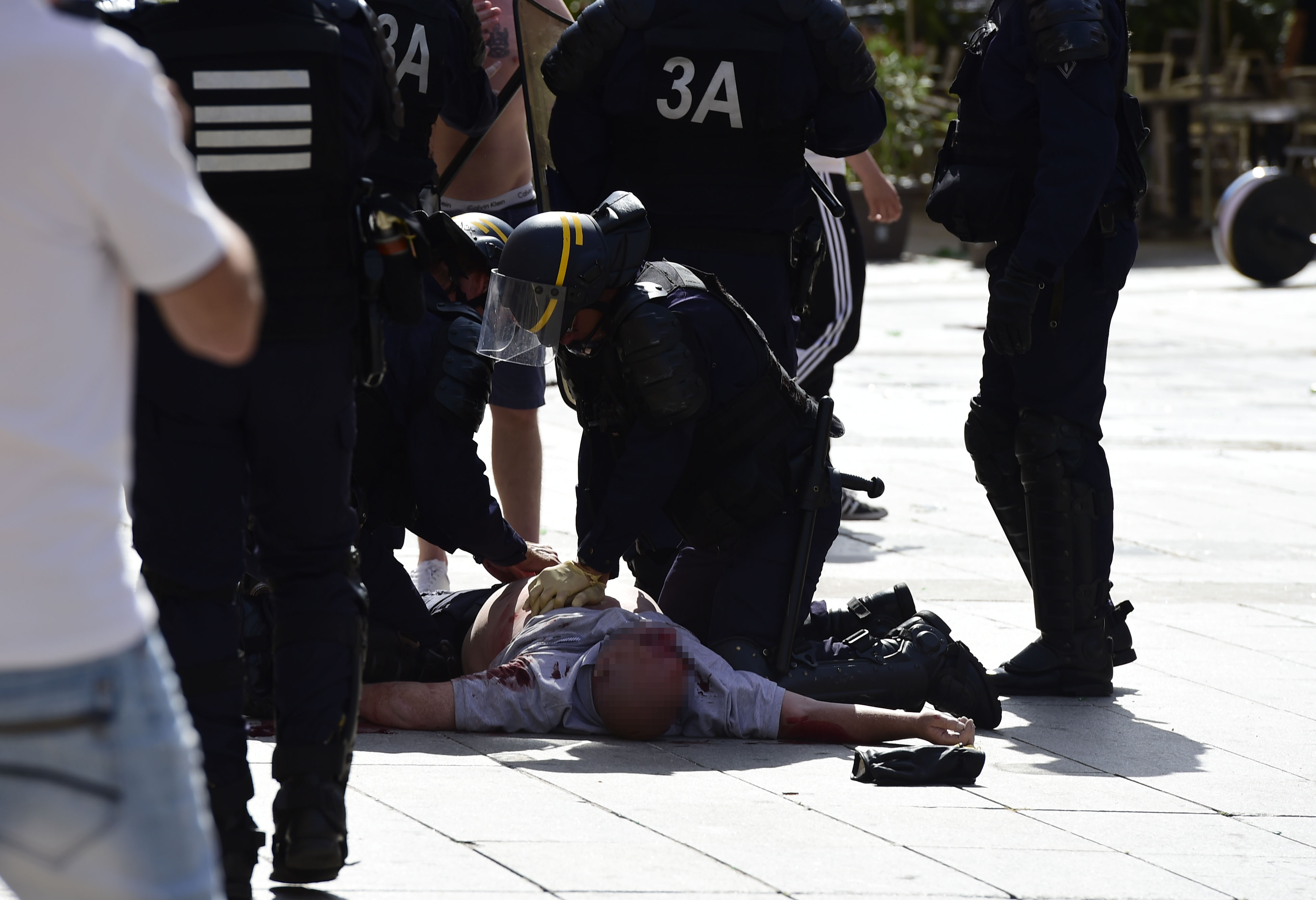 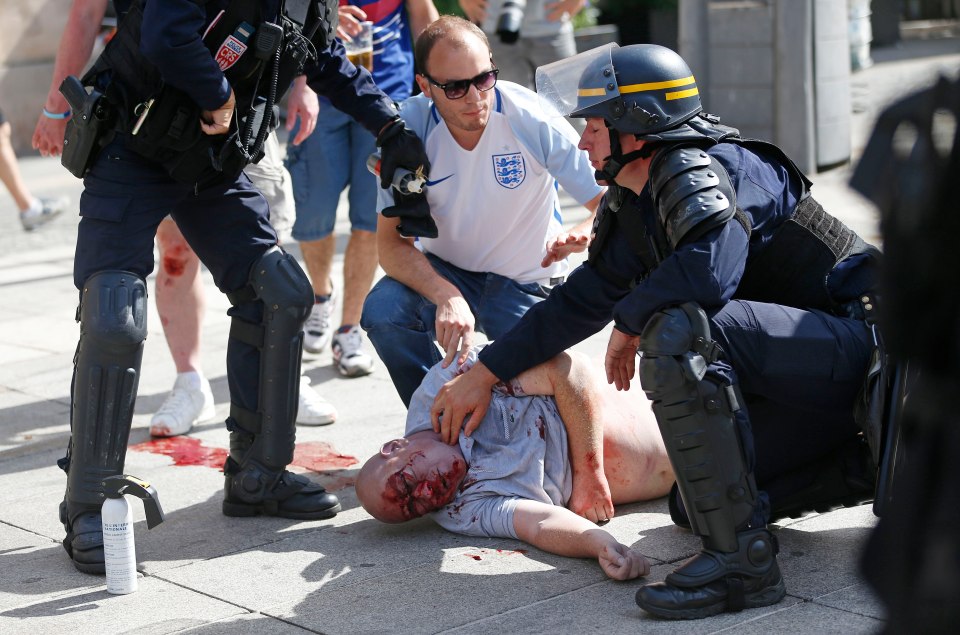 He said: ''I gave him CPR when he was on the ground. I felt his pulse stop and there was blood, a lot of blood.''

Earlier he described the charge by Russian hooligans into the England fans as a ''tsunami'', adding: ''The Russians had mouthguards in the colours of their country and knuckle dusters.

''There were clashes on all sides. It was a furious fight."

Police described the Russian thugs as acting “like commandos” in their vicious attacks on defenceless Three Lions fans.

Gilles Montfort, 47, from the CRS squad on duty that day in the Old Port area of Marseilles told the court: "They arrived like an army, it was a commando style attack.” 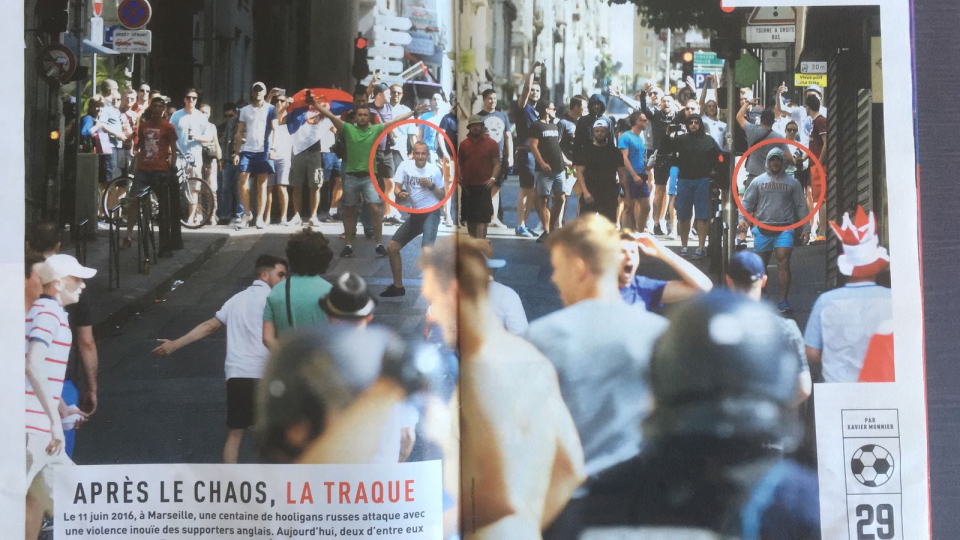 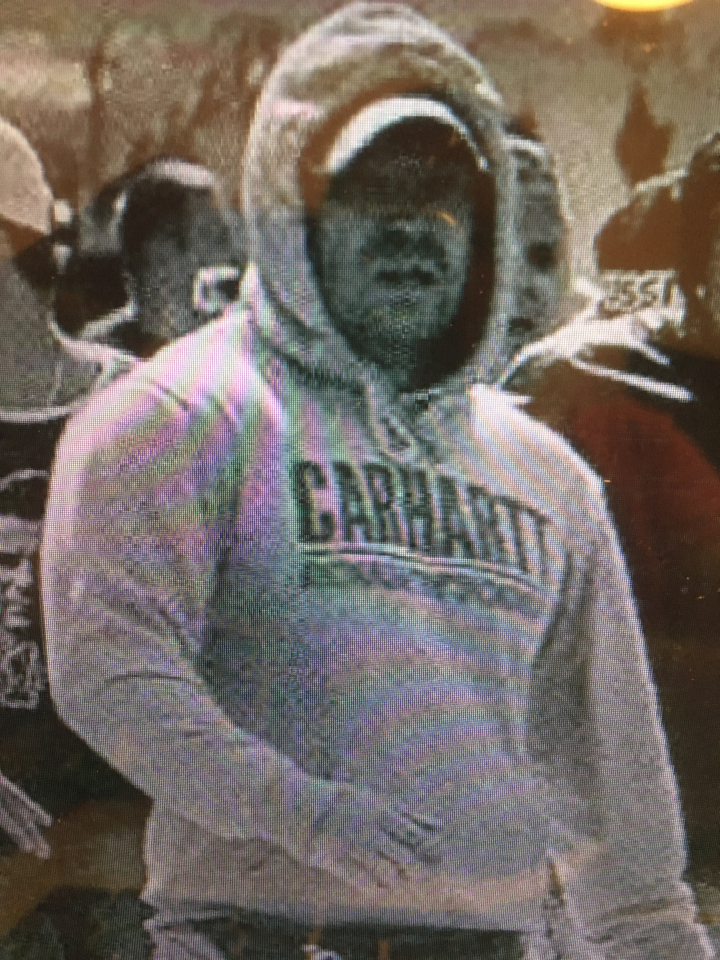 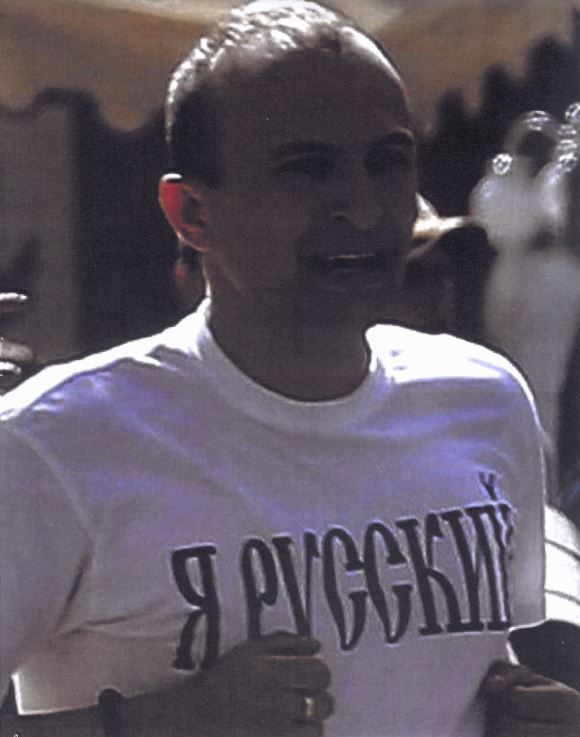