In 1962, Malcolm X said, “The most neglected person in America is the Black woman.” Now, almost 60 years later that statement unfortunately still rings true for millions of Black women across the country. Despite being the fastest-growing group of entrepreneurs in the U.S., more educated than any other group by percentage of degrees earned, 81 percent of the breadwinners driving their families’ economic security and the community leaders working for justice at the intersection of racism and sexism, Black women have not been commensurately acknowledged, appreciated or rewarded for their contributions. Still today, for example, despite their achievements, Black women make 63 cents for every dollar paid to White, non-Hispanic men.

Over the past few years—and notably in 2020, in the wake of the deaths of Breonna Taylor and George Floyd—countless companies and organizations made pronouncements against systemic racism, social injustices and the inequities that feed widening wealth and health disparities in America. Many of those same organizations also made varying levels of monetary pledges and donations to Black communities and organizations across the country. However, one company just announced the most historic investment ever in the most neglected person in America.

In exclusive interviews with ESSENCE, Goldman Sachs shared plans for its One Million Black Women (OMBW) initiative, a $10 billion investment in support of Black women over the next 10 years. The initiative is named for and guided by the organization’s goal of impacting the lives of at least one million Black women by 2030.

Why? Because when Black women win, everybody wins.

For Goldman Sachs’ CEO David Solomon, investing in women-led businesses has been a values-driven focus since 2008, when the financial giant launched its 10,000 Women global program. Today, he’s taking that responsibility several steps forward. Solomon explains the foundation of One Million Black Women: “Given all that’s happened over the course of the last year, we’ve done a lot of talking at the firm—and even more listening—to help us figure out how we can do more to end the racial inequity and the gaps that have existed in society for well too long.”

Solomon stresses: “What we’re trying to do is to set up the infrastructure, the commitment, and the resources to have something that’s sustainable over a long period of time to really make a difference. If after six months from now people are going to say, ‘Okay, where’s the beef,’ the response is going to be, ‘We’re just getting started.’ There’s a tendency with these things for companies to make an announcement and then for it to fade away. If we had said $500 million, we would have done some good things for a year, but it wouldn’t have the tangible impact that we’re really trying to have… Impact comes with sustained effort over a long period of time. We’re very prepared for that.” 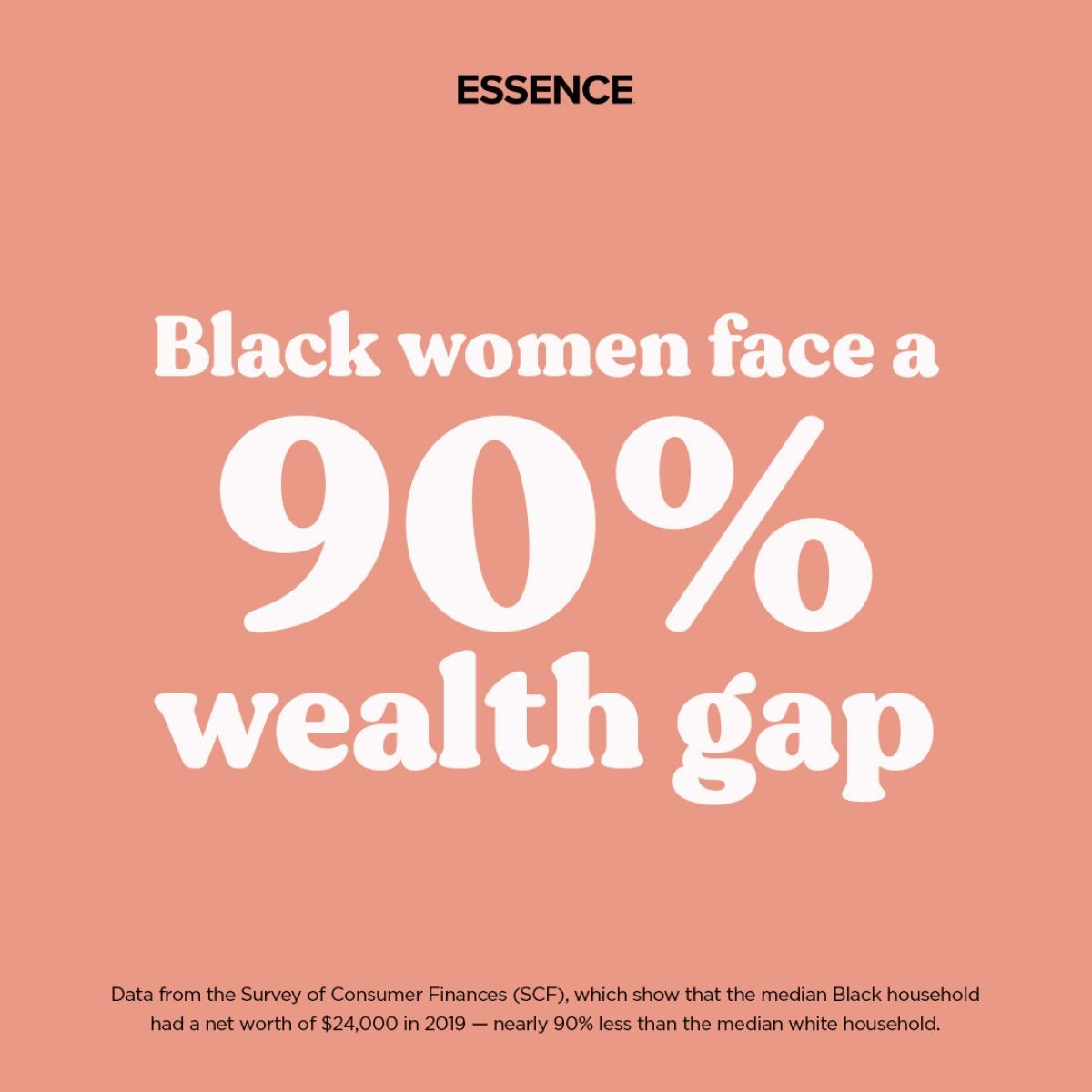 Marc Morial, president and CEO of the National Urban League, who also sits on the One Million Black Women Advisory Council, has long understood the power of Black women and advocated for their advancement. “Black women have always been a force in our communities and are now emerging even more with the power and position they deserve,” he says. “They are voters and drivers of consumer tastes. Black women are also drivers of culture, including fashion, music, and the arts, and now are making an undeniable impact on politics.”

He continues: “You wouldn’t count these numbers 20 years ago, or even 15 years ago. So Black women are emerging in a place of power in American life that is long overdue. So to focus on an initiative like this, against the backdrop of facing double barriers of race and gender, is timely, critical and necessary.”

Letha Pugh, cofounder of Bake Me Happy, has seen firsthand what an investment from Goldman Sachs can mean. Her business has grown significantly and she credits much of her success to working with Goldman’s 10,000 Small Businesses Program. 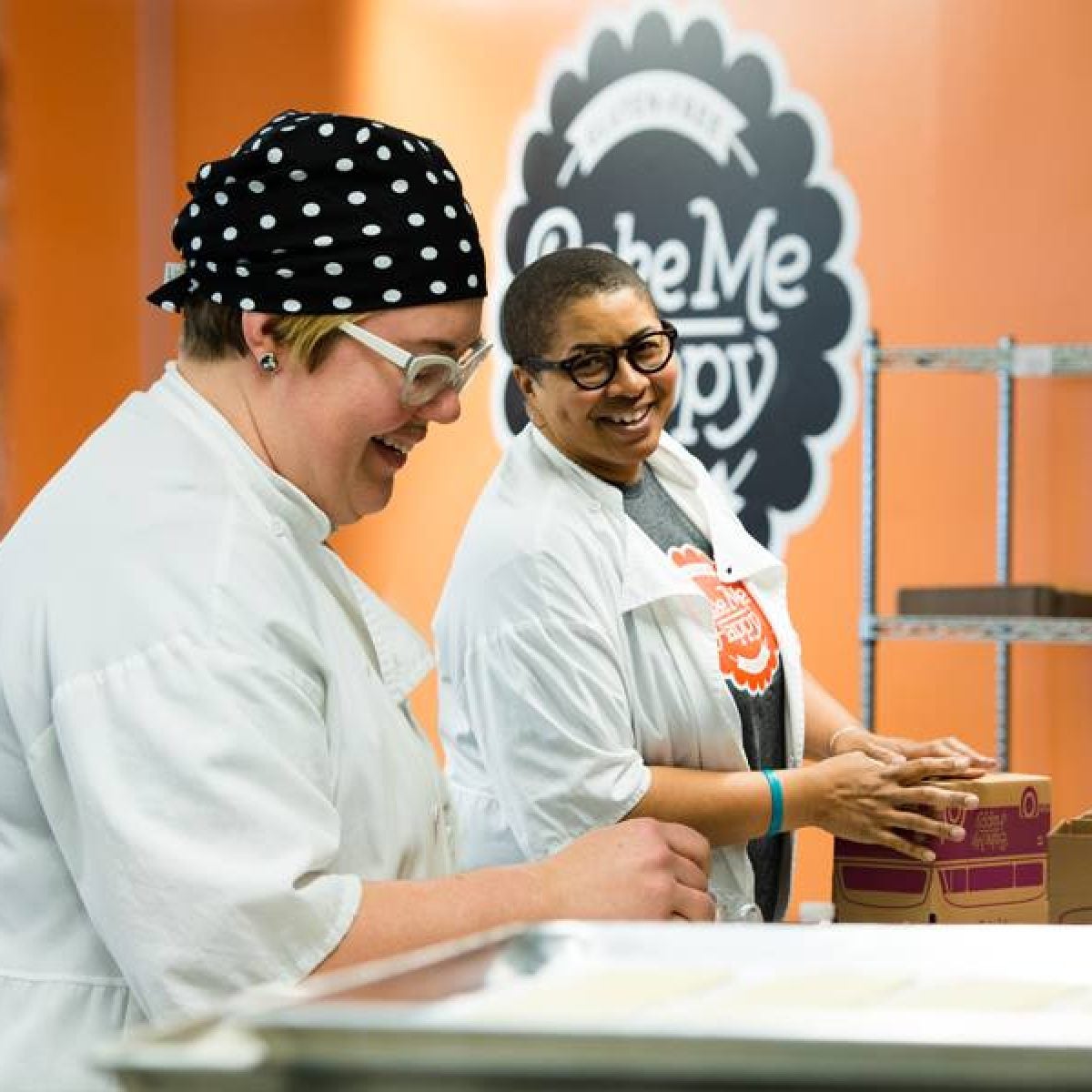 “I think that it gave me the ability to look at my options more efficiently,” says Pugh. “For example, when I’m sitting in front of the governor and he’s saying, ‘We’re going to shut down all the restaurants,’ I believe because I had assistance from Goldman Sachs that I didn’t go into panic mode. I just went into, Okay. I remember in a specific module, we talked about all the different ways our businesses could be successful.”

“We believe that Black women in America are the best investment that you can make today if you care about those issues,” says Dina Powell McCormick, global head of sustainability and inclusive growth at Goldman Sachs. “So many years from now, we will be proud that we brought a coalition of partners, many of whom are Black women–led organizations, and built a program that put Black women at the center of every investment that we made. And that as a result, more than a million Black women will have been reached.” 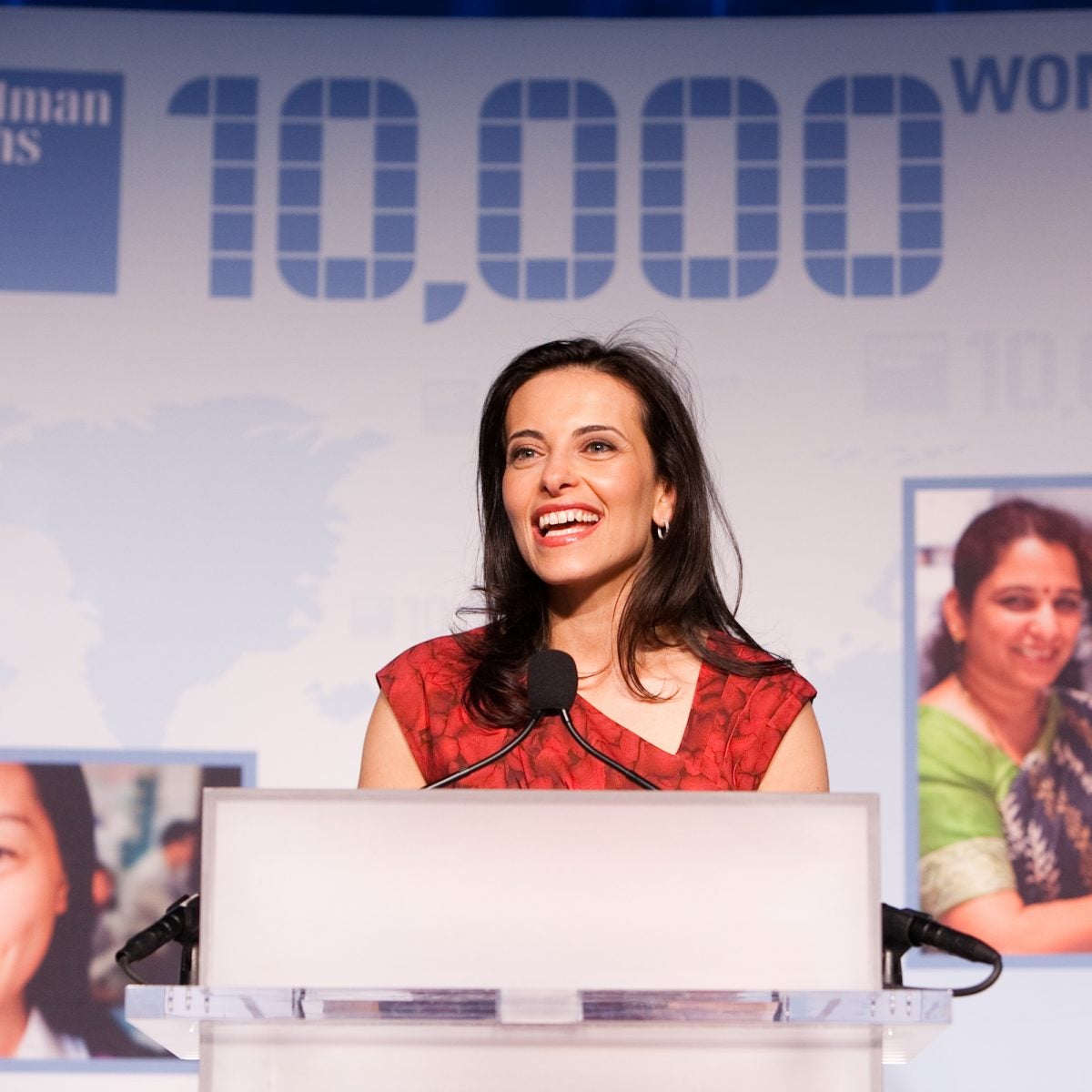 The One Million Black Women initiative draws from extensive research demonstrating that Black women are indeed the best financial investment.

“If we equalize Black women’s positions, because Black women are one of the most marginalized groups in this country, then it’s an economy that’s working for everybody. What we found from our analysis was that reducing the gaps that Black women experience would actually increase U.S. GDP by at least $300 billion a year,” says Gizelle George-Joseph, global chief operating officer of the Global Investment Research Division, Goldman Sachs.

“Thousands and thousands of entrepreneurs, when we partnered with them and provided capital and education, could literally tell you how many jobs they created, which were tens of thousands of new jobs created in communities, and businesses that grew,” says McCormick. “But frankly, we know that when you are working with a Black female entrepreneur, you are also working with their families and entire communities. So we know [it’s about] a legacy.”

By investing $10 billion in support of Black women, Goldman Sachs will narrow opportunity gaps and contribute to the advancement of racial equity. By reducing barriers to growth for Black women, this will drive economic progress for the U.S. as a whole.

“How we hire women, how we retain women, how we promote women, how we invest in their companies—this is a massive cultural issue with deep roots,” says Margaret Anadu, global head of sustainability and impact for Asset Management, who became Goldman Sachs’ youngest female Black partner in history at age 37 in 2018. “The private sector has a role to play and capital has a role to play. I think that’s also what I’d love to be clear here at this moment.” 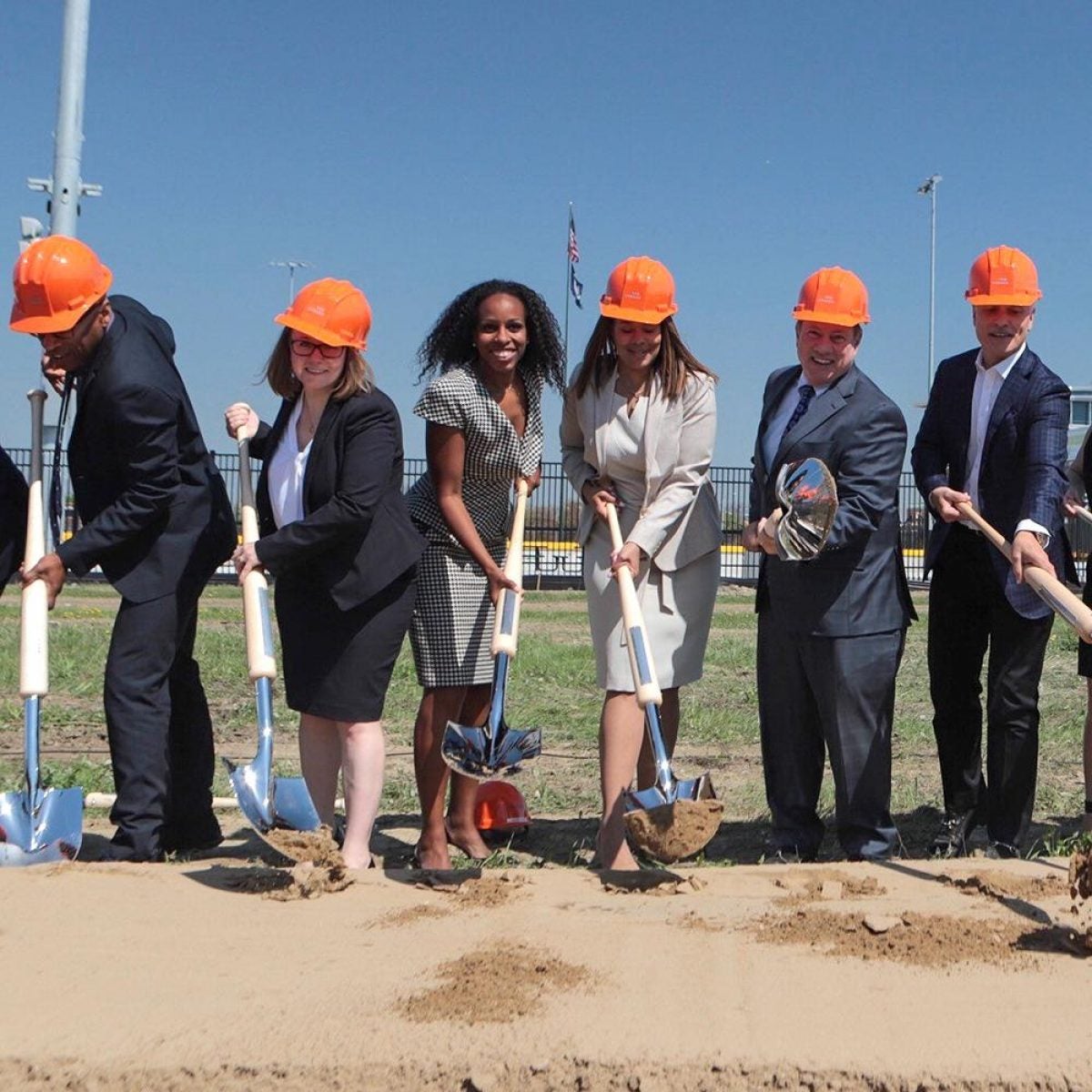 When asked about the legacy that Goldman Sachs will have on the Black community, Anadu’s response was simple: “The real legacy of this is that we create a framework that goes far beyond the walls of Goldman.”

Who is Janet Leach and what is an appropriate adult?