‘We couldn’t speak to him, see him or pay our last respects’: Family of Spanish football coach killed by coronavirus aged just 20 describe his last day and reveal their shock at his death

The family of a Spanish football coach who died from coronavirus aged just 20 have spoken out about their shock at his death.

His stepfather Juan Fernandez, speaking on his own behalf as well as that of Francisco’s mother Irene Gomez, has since described the football coach’s final few days. 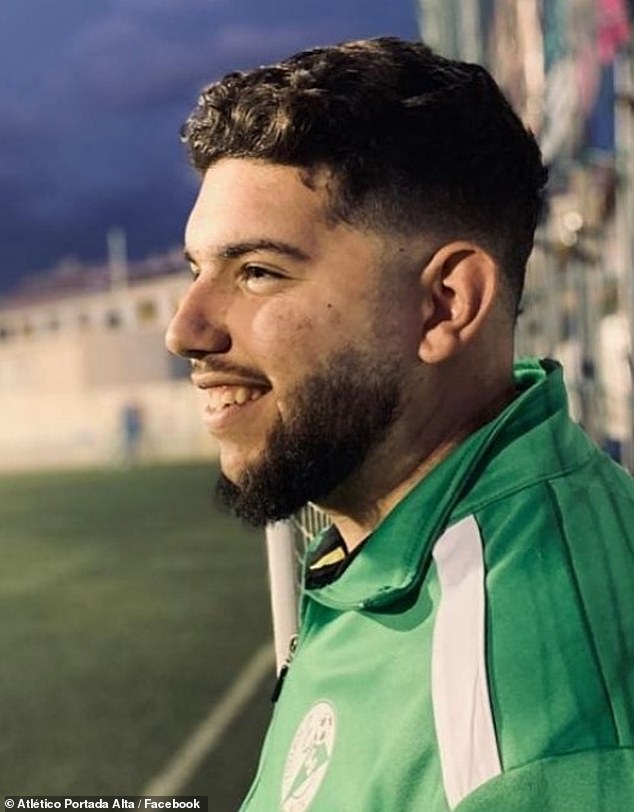 Francisco Garcia, 20, (pictured) died unexpectedly in Carlos Haya Hospital, Malaga, on Sunday after dismissing the symptoms as the onset of a common cold

Mr Fernandez told the Sun Online that Francisco had started to feel unwell on March 6 but dismissed the symptoms as the onset of a common cold.

He decided to go to the GP three days later on March 9 when he continued to suffer with a sore throat.

Doctors advised Francisco to take paracetamol and he was sent home after being told that there was no need to worry.

But Francisco’s condition continued to worsen.

Mr Fernandez took him to a health centre the following day, where he was given antibiotics and sent home once again.

By the next day Francisco could no longer stand up properly and he had developed a fever, which prompted his parents to take him to hospital. 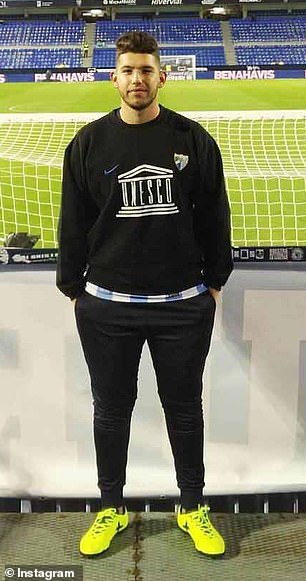 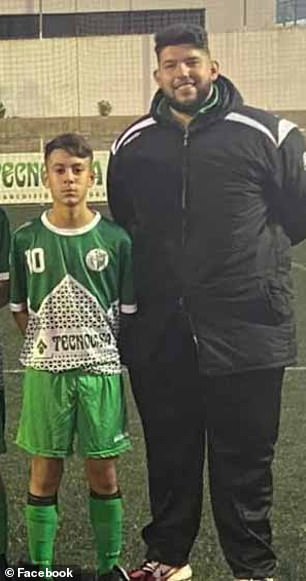 He was diagnosed with pneumonia later that day but his family were refused access to him as he remained in quarantine while awaiting a test for coronavirus.

The results eventually came back as positive and doctors also said that they had detected leukaemia in Francisco’s blood.

Mr Fernandez added: ‘We knew coronavirus was killing people – but we never thought it would kill Francis.

‘We were told he had died on Sunday. All we had over those four days was telephone contact with the hospital.

‘We couldn’t speak to Francis, we didn’t see him and we couldn’t pay our last respects.

‘He was taken to the cemetery without us being able to say goodbye to him.

‘We can’t get our heads around what’s happened. A fortnight ago we were a normal family.’ 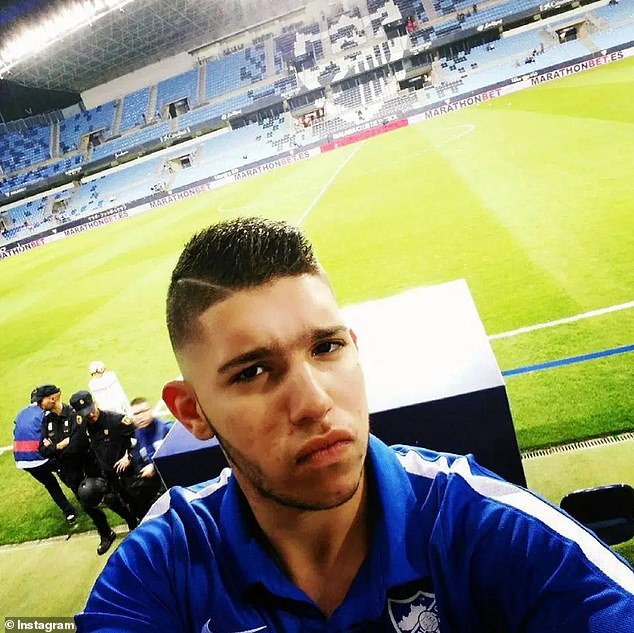 Francisco’s body was incinerated on Monday. The Spanish Government has banned people from organising wakes for their loved ones amid the pandemic because of the risk of infection

The family are now all self-isolating as they fear they may now also have contracted coronavirus.

Mr Fernandez warned that Francisco’s story is proof that the outbreak must be taken seriously.

The Spanish Government has banned people from organising wakes for their loved ones amid the pandemic because of the risk of infection.

Francisco’s body was incinerated on Monday.

There have so far been more than 13,000 reported cases of COVID-19 in Spain which have resulted in 624 deaths.

Garcia was the fifth victim of the pandemic in the Malaga region but was by far the youngest with others being in their late 70s and 80s.

His pre-existing but undiagnosed leukaemia is said to have affected his ability to fight off the virus, according to local health authorities.

Brits should continue to work from home despite Boris Johnson's plea to return to offices, says Sir Patrick Vallance