Farmers and landowners will be paid to protect nature by planting trees and restoring wetlands and peat under the largest farming reforms in 50 years.

Ministers claim that plans unveiled today to overhaul agriculture subsidies would turn 741,000 acres of England into wildlife habitats over the next 20 years.

The Department for the Environment, Food and Rural Affairs (Defra) has unveiled the £2.4billion-per-year plan to replace the European Union’s common agricultural policy.

Some 15 nature reserves will be created, which will aim to recover threatened native species such as the curlew, sand lizard and water vole, restoring rivers, lakes, ponds and streams. 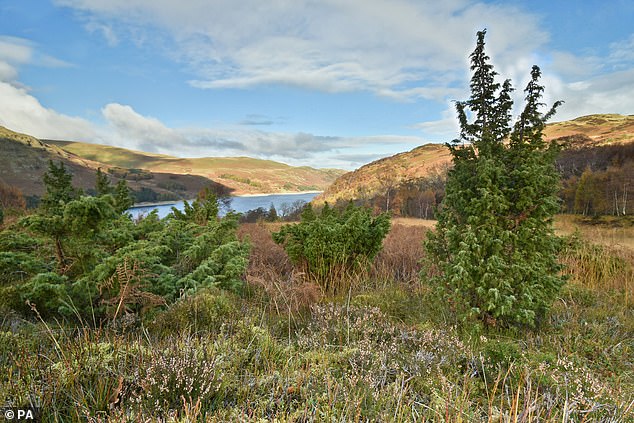 Other threatened species expected to benefit from the plans include the Marsh fritillary butterfly, the shrill carder bee and wild asparagus. The plans will take effect this year, starting out with restoring 24,700 acres of habitat.

The Government claims it will help cut greenhouse gases in the UK by the equivalent of taking between 12,000 to 25,000 petrol or diesel cars off the road, a reduction of 25-50 kilotonnes of carbon. Despite the proposals’ large scale, some 22.2million acres of farmland will remain, so officials do not expect food output will be affected.

But he added: ‘At a time when public support for British food and farming is at a high, our biggest concern is that these schemes result in reduced food production in the UK, leading to the need to import more food from countries with production standards that would be illegal for our farmers here.

‘This simply off-shores our production and any environmental impacts that go with it and would be morally reprehensible.’ The common agricultural policy, which subsidised farmers according to how much land they owned, had been criticised for providing incentives to destroy habitats. 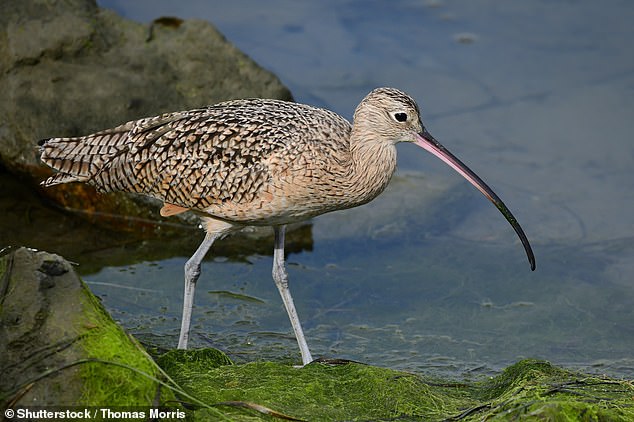 The Department for the Environment, Food and Rural Affairs (Defra) has unveiled the £2.4billion-per-year plan to replace the European Union’s common agricultural policy. Pictured: A curlew, which is one of the animals that will hopefully be aided by the policy

One scheme in the new plans, Local Nature Recovery, rewards farmers for ‘making space for nature’ in farms and countryside. This could include planting trees, restoring peat bogs and turning fields into wetland areas.

More radical changes will take place in a second scheme, Landscape Recovery. This will include establishing new nature reserves, restoring floodplains or creating forests and wetlands.

The two new schemes follow on from the previously announced Sustainable Farming Incentive, which provided support for practices such as reducing pesticide use, improving soil quality and rewarding farmers for preventing local river pollution.

The schemes aim to bring up to 60 per cent of England’s agricultural soil under sustainable management by 2030. The reforms will be the biggest changes to farming and land management in 50 years with more than 3,000 farmers already testing the schemes. At the Oxford Farming Conference today, Defra Secretary George Eustice is to announce applications will shortly open for the first wave of Landscape Recovery projects. He said: ‘We want to see profitable farming businesses producing nutritious food, underpinning a growing rural economy, where nature is recovering and people have better access to it. 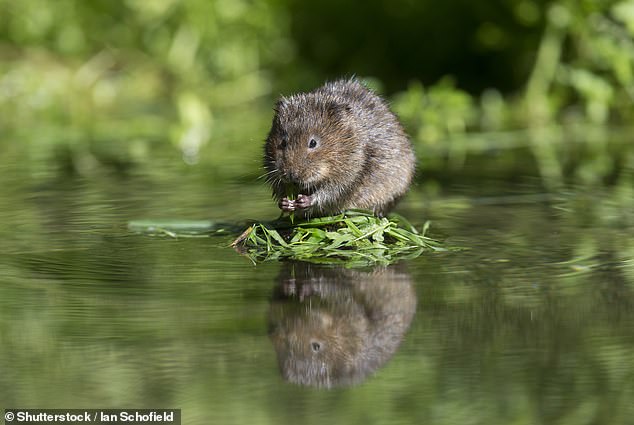 One scheme in the new plans, Local Nature Recovery, rewards farmers for ‘making space for nature’ in farms and countryside. Pictured: A water vole

‘We are building these schemes together, and we are already working with over 3,000 farmers across the sector to test and trial our future approach.’ An early version of the Local Nature Recovery scheme will be on trial in 2023 with a nation-wide rollout from 2024.

Tony Juniper, chairman of government advisers Natural England, said: ‘More than two thirds of England is farmed and these reforms pave the way for those who manage the land to produce healthy food alongside other vital benefits, such as carbon storage, clean water, reduced flood risk, thriving wildlife and beautiful landscapes for everyone to enjoy.’

Dr Alexander Lees, senior lecturer in conservation biology at Manchester Metropolitan University, said: ‘Escaping from the clutches of the common agricultural policy, which has driven biodiversity loss across Europe by incentivising habitat destruction, represents a major opportunity to improve the state of UK nature.’

If the UK is serious in reversing declines in its diminishing species ‘we need to be racing towards the 300,000 hectare [741,000-acre] target as fast as possible,’ he added.

All the new schemes will be voluntary and it will be for farmers to decide what combination of actions is right for them. 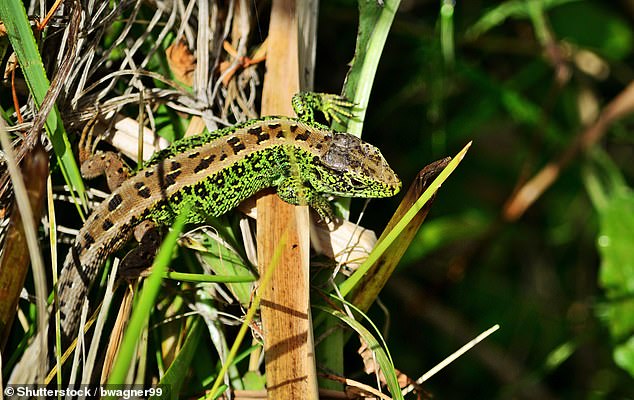 Some 15 nature reserves will be created, which will aim to recover threatened native species such as the curlew, sand lizard (pictured) and water vole, restoring rivers, lakes, ponds and streams

By Helena Horton for the Daily Mail

Leonardo DiCaprio’s green campaign group has been given £28,800 of taxpayers’ cash to lobby for ‘rewilding’.

The charity backed by the Oscar-winning actor, who is worth an estimated £200million, received the grant to protect a species of dwarf buffalo called the Tamaraw in the Philippines by conserving land from development, allowing it to remain wild.

The sum appeared in the Department for Environment, Food and Rural Affairs’ accounts as ‘official development assistance’. 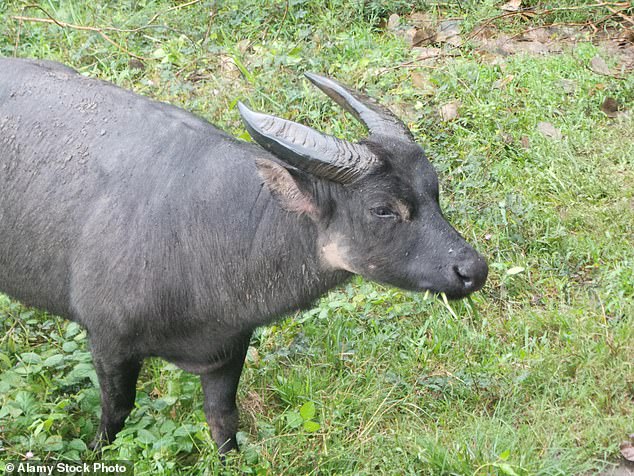 Leonardo DiCaprio’s green campaign group has been given £28,800 of taxpayers’ cash to lobby in order to protect a species of dwarf buffalo called the Tamaraw in the Philippines by conserving land from development

DiCaprio, 47, launched the conservation project Re:wild last year and has already attracted large donations. According to its website the actor ‘has provided more than $100million (£75 million) in grants to a variety of programmes and projects’, with Re:wild described as ‘the latest undertaking linked to DiCaprio’s environmental activism’.

The star’s most recent film, Don’t Look Up, sees a deadly comet heading towards Earth in what many have interpreted as a metaphor for climate change. He said of his role: ‘I just felt like this was an incredible gift to be a part of a movie that encapsulated exactly what we’re going through.’

The actor recently came under fire for jetting from New York to Miami and back in one day soon after speaking at the Cop26 climate summit in Glasgow in November.

A Defra spokesman said the projects it supports ‘focus on local action… to address unsustainable use, habitat degradation and loss, whilst delivering poverty reduction’. 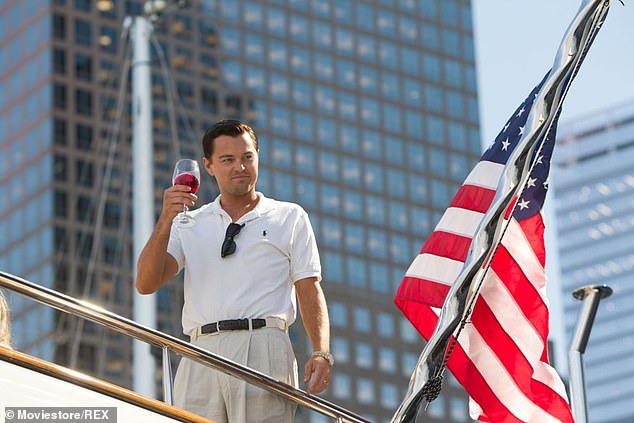 Yes, Nordstrom just added a ton of new markdowns up to 60 percent off