‘The SICKEST man in Britain’: Father-of-three, 55, has been bedbound in a nursing home for 14 months after Covid left him ‘trapped’ in own body

A father-of-three has been bedbound in a nursing home for 14 months after coronavirus left him ‘trapped’ in his own body, his wife has said.

Engineer David Brown, 55, was rushed to East Surrey Hospital after catching the virus during the first wave of the pandemic in the UK in April last year.

He battled coronavirus for 10 days before he was put into an induced coma for 33 days after losing weight, during which time he caught pneumonia, suffered sepsis and kidney failure, and underwent a bilateral stroke.

The father-of-three from Surrey defied the expectations of all – including his wife Claudia Brown, who was told by doctors he ‘won’t make it’.

However, Mr Brown is now unable to walk or talk and has been bedbound in Glebe House nursing home in Charldon for the past 14 months due his condition. He is due to move to a rehabilitation centre on Monday.

Devastated Mrs Brown, 45, said that her husband is ‘trapped’ in his own body and called him ‘the sickest man in Britain after Covid’. 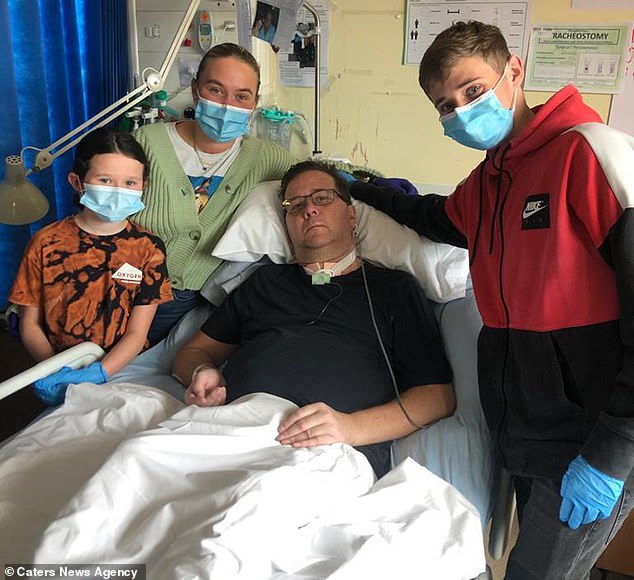 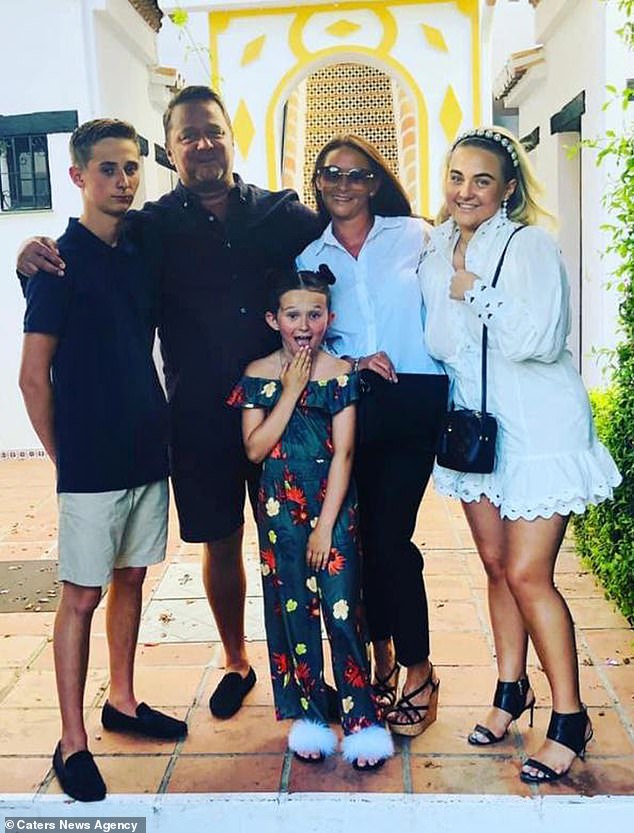 ‘I am horrified by what has happened to Kate Garraway’s husband but at least he can say goodnight to his children at night,’ she said.

‘David is stuck in a nursing home with elderly people. He is unable to walk or talk and has to be moved every few hours to prevent seizures.

‘He is probably one of the sickest men in the country from coronavirus. He isn’t getting the rehabilitation he needs. It is so unjust and unfair.

‘David is aware of everything going on, he cried when he saw our youngest Mia [12]. And he laughs at jokes, yet it is a race against time.’

Holding back tears, Mrs Brown said: ‘When the ambulance took David, we thought he would be back within a few days. He had coronavirus for 10 days prior which came in waves. One day he was fine and the next horrendous.

‘I think he dropped a stone whilst lying in bed with a sky-high temperature and loss of appetite. It was terrible to see but I never thought it would come to this.’ 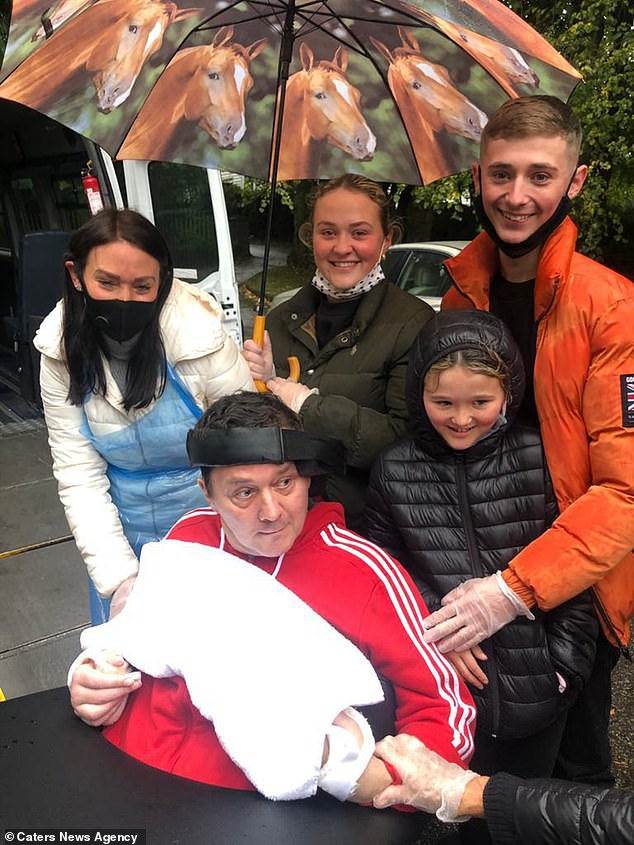 Left to right: Mrs Brown, Taylor, Mia, and Max with their father Mr Brown, an engineer 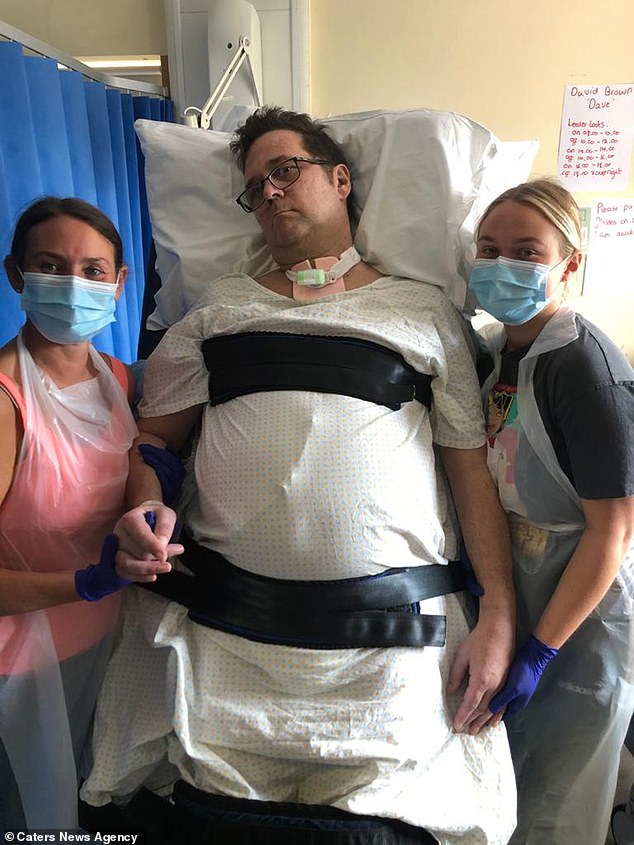 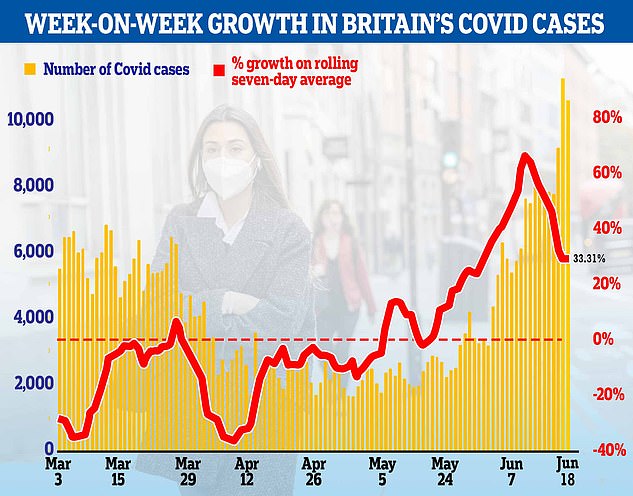 Engineer David Brown, 55, was rushed to hospital after catching the virus during the first wave of the pandemic in the UK in April last year

Mr Brown was immediately put into an induced coma. After he caught pneumonia in both lungs and sepsis, turning his limbs blue, his wife received two phone calls in which she was told he ‘won’t make it’.

‘He doesn’t want to die. He is fighting so hard, he wants to be home with his family.

‘Our eldest daughter Taylor [21] is pregnant which makes it even more heartbreaking because he hoped to be a young granddad. We are all broken without him.

‘I visit him every day to comb his hair, give him a wash and pamper.’

He remain in hospital until July, when he was then moved to Putney Rehabilitation for three months. However, he made very few improvements.

There was confusion with funding as Mr Brown had not changed his GP in Croydon despite living in Surrey. The family fought for funding and Surrey Heartlands have covered the costs.

In October 2020, he was moved to Glebe House and registered to a nearby GP. His stay at the nursing home was funded by Surrey Heartlands.

From October until this month, Mr Brown did not pass eligibility tests for rehabilitation centres as they did not think they were able to help him.

The family contacted their local MP Christpin Blunt and complained a number of times to try and give Mr Brown a second chance in rehab.

Recently, his physiotherapist put his name forward and he was accepted yesterday by QEF rehabilitation centre. He will move there on Monday for four weeks before being reasssesed. 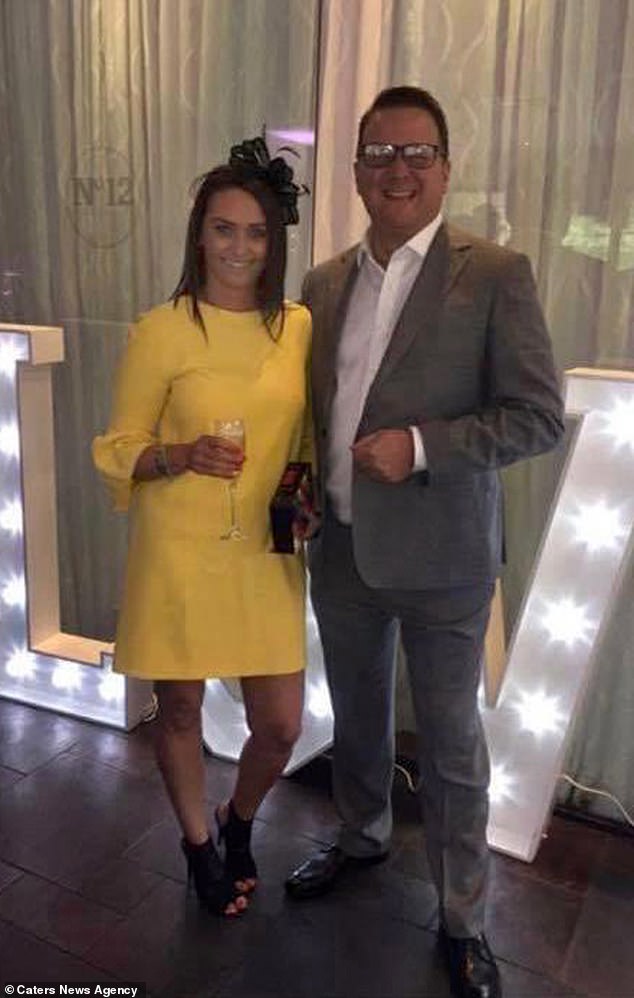 Devastated Mrs Brown, 45, said that her husband (pictured before he became ill) was ‘trapped’ in his own body and called him ‘the sickest man in Britain after Covid’

His wife added: ‘David grew up in Purley, London, and he never changed his doctors which caused a problem with funding. We just want him closer to home but he is far too sick. He needs three people to get him in and out of bed.

‘The staff at the nursing home have been incredible. The chances of him coming home are very slim. I’ve had to sell our family home for a smaller property as I wasn’t able to keep on top of the bills alone.’

Friends of the family have set up a GoFundMe page available here to help raise money for Mrs Brown and their children Mia, Max, 19, and Taylor.

Mrs Brown said: ‘I hope people realise coronavirus is real. People are happy about lockdown restrictions have been lifted but it’s all just getting worse by the day for us.

‘Our daughter Taylor is pregnant and her dad isn’t able to celebrate with her.

‘He wanted to be a young granddad. All of this wouldn’t have happened if he never got the virus so it hurts me when people say it’s not real.’

A spokesperson from NHS Surrey Heartlands said: ‘ We are not able to comment on individual cases.’

Who is at high risk from Covid-19?

People at high risk from coronavirus are those who:

People at moderate risk from coronavirus are those who: