As many as 151 houses will be built across two villages to raise £3million to refurbish a 14th Century castle.

The homes are set for Gainford and Staindrop in County Durham to pay for the works at Raby Castle.

Durham County Council approved the plans despite 51 letters of objection over the impact of so many new builds in the small area.

As well as the houses, there will be a car park, cafe and visitor centre and updates to the castle’s walled gardens and riding school.

The 79 houses in Gainsford plus the 72 in Staindrop are expected to make £3million for the refurishments. 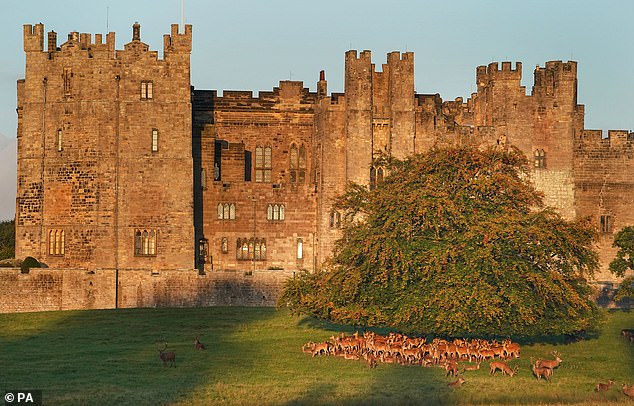 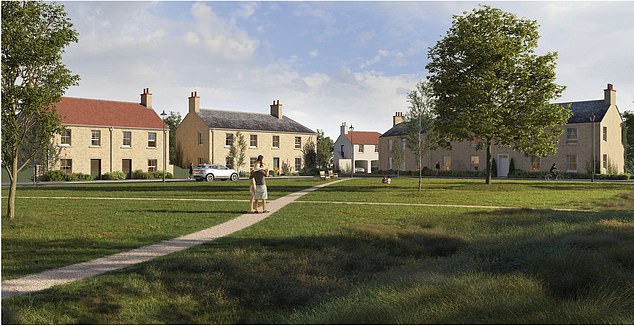 Chief executive at Raby Estates Duncan Peake told the BBC: ‘These are hugely important developments, both for the regional economy and for the historic fabric.

‘But they can only be achieved through ‘enabling developments’ in Gainford and Staindrop.’

In the applicant statement of the planning request, it added: ‘Across the three linked planning applications for housing development at Gainford and Staindrop, and tourism development at Raby Castle, Park and Gardens, the consistent theme is the need to complete urgent repair works at Gainford Hall and the nearby Dovecote, removing them from the Heritage At Risk register and the further significant heritage benefits arising from the repurposing of vacant and underutilised heritage assets at RCPG.

‘Alongside the heritage benefits, the proposals at RCPG also accrue significant economic benefits through the increase in visitor numbers, spend and dwell time in the County.’ 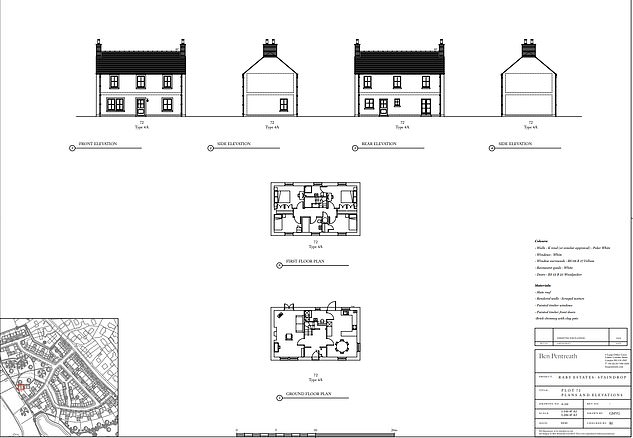 Raby Castle was built in 1390 by John Neville, a lord and soldier who was also made a Knight of the Garter.

Cecily Neville was born at the castle and went on to mother Edward IV and Richard III.

The castle was a base for the failed Rising of the North in the 1500s, where northern noblemen backed Mary, Queen of Scots and tried to overthrow Elizabeth I.

Locals were concerned to hear about the huge housing estates, with some questioning the impact it would have on the area.

Jill Smith, who lives near the Staindrop site, said: ‘After viewing the application online, imagine my surprise to learn that a development of this magnitude is to be decided by the Delegated Powers.

‘This development is going to have a huge impact on the character and appearance of the wider area, highway safety, flooding, countryside wildlife and protected species and water quality.’

Luke Tallentire commented: ‘Its grossly out of proportion with the village and excessively over sized.

‘It’s likely the only reason these houses will be passed is because of who is putting the planning application in – rather what it actually is.’

Jill Risbey said: ‘I would like to state my objection to the above development.

‘I feel the historical and beautiful village will be spoiled with the large housing estate and I also feel that the village is not able to sustain the increase to the schools, traffic in what is already a very busy road which causes significant problems with parking especially during school pick up and drop off. 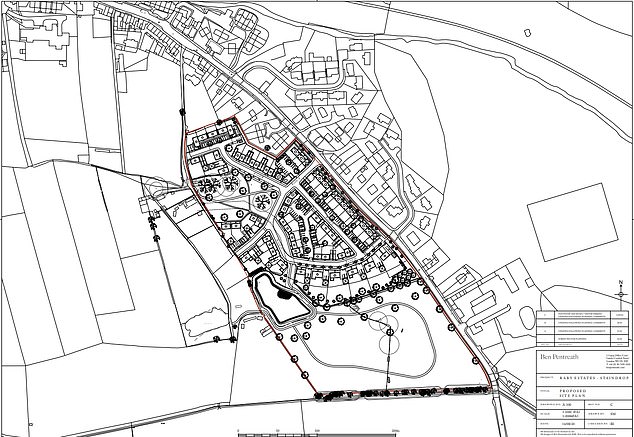 ‘Not only that the field is a flood plain. I hope that Durham County council gives consideration to preserving our beautiful village over financial gain.’

Sarah Waite wrote to the council: ‘I have concerns regarding the increase in traffic along Winston Road.

‘The road is already a concern as there is not sufficient resident parking for existing properties as it stands.

‘This causes pinch points, especially around the entrance to Winston Court where the traffic can only pass through in one direction.

‘With heavy vehicles from Dickinsons transport, local farmers and public transport, the additional demand would cause more congestion, increasing risk to local residents and their vehicles.’

‘This is concerning that such as large development is paving the way to being much much larger.’

He added: ‘I’m very sure our village community does not want the potential for large over development to become a reality.’