A 14-YEAR-old girl was sexually assaulted by a middle-aged man at a beach in broad daylight.

Police have trawled through CCTV to catch the sick attacker who pounced on the child as she stood near a statue on The Esplanade in Weymouth, Dorset. 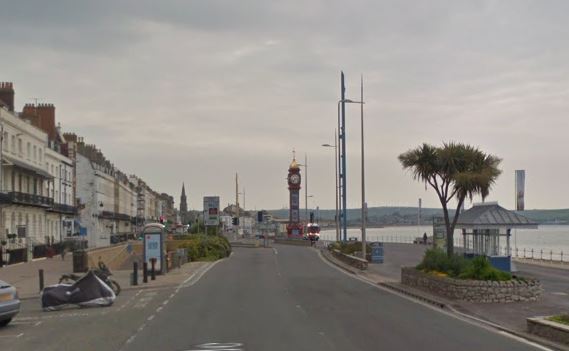 He reportedly lifted her top up and touched her inappropriately on her bottom over her clothing at around 2.40pm last Tuesday.

The man – described as white, in his mid 40s and bald – walked towards the Jubilee Clock Tower on the town side of the road after his attack.

He was wearing a blue T-shirt and pushing either a pram or a wheelchair.

“We are carrying out a number of enquiries, including a trawl of CCTV footage in the area, and I am urging anyone who witnessed what happened to please come forward.

“I am particularly keen to speak to a group of three older women who I understand were walking near to the man at the time of the incident and are likely to have seen what took place.”

Two Florida women dressed up as ‘grannies’ to get COVID vaccine: officials