A controversial $85 million luxury resort proposed for Victoria’s south-west coast has been knocked back by the state government following a long campaign of opposition.

But the developer behind the eco-tourism hotel proposed for a stunning stretch of coastline at Cape Bridgewater has been offered the chance to redesign the project, opening the possibility it may proceed in a different form. 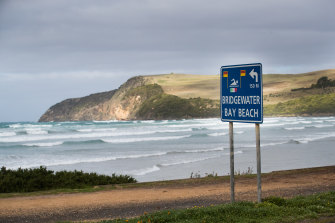 The bay at Cape Bridgewater.Credit:Jason South

The applicant, known as Australian Tourism Trust, had won the support of the Glenelg Shire Council to build an 88-room hotel as part of a 10-hectare development overlooking the ocean.

But it failed to convince a state government advisory committee, which found the resort would have “unacceptable landscape impacts”. Planning Minister Richard Wynne accepted the committee’s recommendation that the project should not proceed in its proposed form.

Residents of the south-west coast who opposed the development hailed the result but raised concerns that another project would soon take its place. 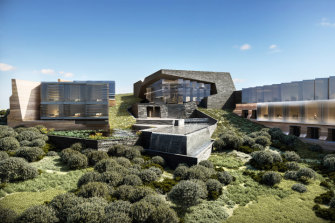 An artist’s impression of the Cape Bridgewater Resort development.

“It would have damaged Cape Bridgewater forever,” he said. “Previous generations have done their best to protect Cape Bridgewater. It is an attractive place and that makes it more vulnerable to investors with grandiose ideas.”

The decision to reject the Cape Bridgewater development came after the state government knocked back a hotel proposed by the same applicant, Graham Duff, for Apollo Bay in 2019.

He had sought to build a 180-room hotel complex with 82 detached villa units and two restaurants at an estimated cost of $70 million.

Mr Duff could not be reached for comment this week. 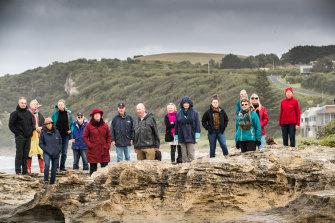 “It still has a lot of cultural heritage there that we can see from our ancestors,” he said.

Mr Rotumah said economic development would benefit the region, but no project should risk damaging the local environment.

He said any built projects should be limited to land that had already been substantially damaged or changed from its original state. 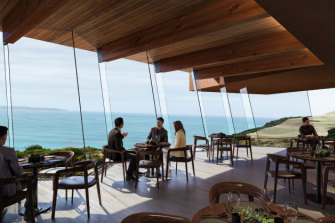 An artist’s impression of the proposed restaurant as part of the Cape Bridgewater proposal.

Mr Rotumah said the site of the proposed hotel had already been significantly altered, but its cultural significance should override any development proposal.

A state government spokeswoman said the project had undergone a thorough assessment and following advice from the independent advisory committee it was deemed inappropriate for that site.

But the government left open the possibility of other projects on the same piece of land.

“The committee did not rule out tourist accommodation on this land to meet the needs of the visitor economy in south-west Victoria,” the spokeswoman said. “It concluded a well-designed, reduced-scale development is appropriate for this sensitive coastal site.”

The government also confirmed that Mr Wynne had offered the project’s proponent a meeting with senior officers from the Department of Environment, Land, Water and Planning to find a way of redesigning the proposal, so it did not dominate the landscape.

Portland Tourism Association president Dennis Carr said he was disappointed with the decision to knock back the project, arguing it would have created local jobs and delivered economic benefits.

“I think it’s needed and it was well planned,” he said.