Teenagers at a boys’ grammar school are facing a probe after allegedly joking about gang rape on Instagram.

Students from The King’s School in Grantham, Lincolnshire, made the remarks during a live broadcast on social media.

The selective grammar, which prides itself on its ‘excellent learning environment and illustrious history’, boasts alumni including Sir Isaac Newton, who studied at the elite school in 1655.

The group, who are understood to be in Years 12 and 13 and aged 16-18, allegedly said girls should ‘take rape as a compliment’ and made sexist remarks about women, prompting complaints from worried parents.

A spokesman for The King’s School told MailOnline the ‘repugnant, sexist and misogynistic’ comments were made during a live Instagram stream held in the aftermath of the murder of Sarah Everard. 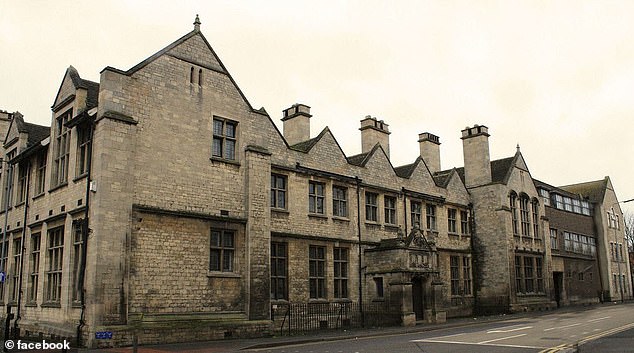 Students from The King’s School in Grantham (pictured), which boasts alumni including Sir Isaac Newton, made the remarks during a live broadcast on social media 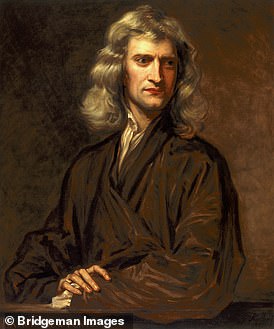 It was known then as The Free Grammar School of Edward VI but changed its name to King’s in 1909.

The rich farmer’s son was initially placed in the lowest form at school, where he was kicked by another pupil.

After school had finished for the day, Newton challenged the boy to a fight and won.

Buoyed by his success, Newton quickly rose to be the first in the school and carved his name on every bench that he sat at, as well as a school window ledge.

His academic success spread resentment among the other pupils who started to dislike him. The feeling was, apparently, mutual.

The physicist went on to study at Cambridge University and described universal gravitation and the three laws of motion in his 1687 publication, Principia.

The school said remarks were made by a small number of its pupils, as well as several other students from across the country.

A spokesman for The King’s School told MailOnline: ‘In the wake of national reaction to the tragic death of Sarah Everard and the issues it has raised around the safety of women and girls, one of our students initiated a Live Stream on Instagram one evening last week.

‘He had hoped for a sensible, reasoned debate on the question of whether a 6pm curfew should be imposed on men.

‘Unfortunately, this was hijacked by students from across the country, many of whom posted sexist and misogynistic comments that were completely deplorable.

‘As soon as we heard about this we carried out an urgent investigation and – most regrettably – found that a very small number of our own pupils were among the many posting repugnant comments.

‘This online activity was totally contrary to The King’s School’s values and ethos and appropriate action is being taken.’

One local woman, who asked not to be named, told The Grantham Journal: ‘Recently there have been some disgusting comments regarding women and sexual assault made by Year 12 and Year 13 students.

‘Whilst I do think that it is up to the schools to deal with their students, I also think it’s unacceptable for these comments to be made on a public forum with no repercussions.’

Nicola Welbourne, whose daughters attend the nearby Kesteven and Grantham Girls’ School, told the BBC: ‘What is truly shocking is that these views were expressed by what are considered to be well-educated young men.

‘You think to yourself when these chaps graduate from university – which inevitably a lot of them want to do – they are likely to go into management and positions of authority.

‘What kind of attitude are they going to bring with them?’

On its website, the school says, ‘While academic qualifications are important, education must be broader than that alone.

‘Through the ethos and activities of the school, we strive to have a positive impact upon the students’ spiritual, moral, social, cultural and academic development and values.’

A spokesman for Lincolnshire Police told MailOnline: ‘We have spoken to the Head and the matter is being dealt with by the school.

‘We work with all of the local schools and will support them in their course of action.’

MailOnline has contacted Kesteven and Grantham Girls’ School for comment.