The Guardian newspaper has apologised to an alleged IRA rape victim over an article written about her by ex-Fleet Street editor Roy Greenslade.

The former professor of journalism at City, University of London was a friend of suspected Hyde Park bomber John Downey and from the 1980s wrote for the republican newsletter An Phoblacht under the pen name George King.

Mr Greenslade, who lectured on ethics, was branded ‘disgusting’ for calling into question the testimony of an alleged rape victim in a 2014 column for the Guardian.

Mairia Cahill, great-niece of prominent Belfast republican Joe Cahill, says she was sexually abused as a 16-year-old by alleged IRA member Martin Morris – who denied all wrongdoing and was acquitted of rape.

IRA apologist Mr Greenslade wrote a column which said that the BBC, which investigated Ms Cahill’s claims, ‘were too willing to accept Cahill’s story and did not point to countervailing evidence’.

Mr Greenslade said the former Sinn Fein member should have disclosed that she was previously a ‘member of a dissident republican organisation with an anti-Sinn Fein agenda’ and accused a BBC documentary outlining her claims as ‘lacking political balance’ – while hiding his own support for the IRA and Sinn Fein. 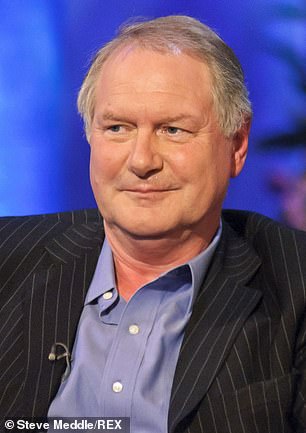 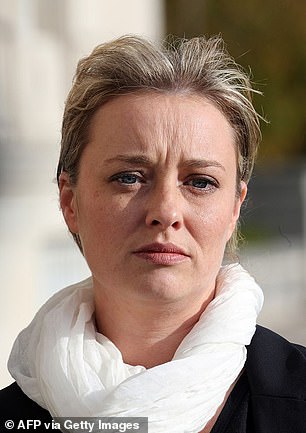 Ex-Guardian boss hits out at the IRA editor: Roy Greenslade ‘should have been frank about his beliefs’, says Alan Rusbridger

Ex-Fleet Street editor Roy Greenslade should have been more honest over his ‘obnoxious’ lifelong support for the IRA, the former editor of the Guardian said yesterday.

Alan Rusbridger said Mr Greenslade, 74, who worked for him at the newspaper, ought to have been ‘frank about his own political beliefs and attachments’ when writing about Northern Ireland matters.

He urged his former newspaper to include disclaimers on articles which remain online.

Mr Rusbridger, editor of the Guardian from 1995 to 2015, said: ‘All editors must wish he had been transparent at the time rather than leaving this until after he retired.

‘The best route to trust is transparency and I suspect all the editors that Roy worked for, not to mention the readers, wish Roy had been more transparent about his own political beliefs.’

Referring to the piece attacking Miss Cahill, he added: ‘I think it would have been better for Roy to have been frank about his own political beliefs and attachments.

‘I think it would serve readers well to append … the articles that remain online, noting what he has now made public about his beliefs and attachments.’

However, he added: ‘That is not to say that she was not raped. Nor does it negate her view that the IRA handled her complaint clumsily and insensitively.’

Ms Cahill alleges that the republican movement’s response to her claims was to subject her to an IRA interrogation.

She also accused Sinn Fein of engaging in a cover-up and waging a campaign to question her integrity since she waived her right to anonymity.

The Guardian, in an update attached to Mr Greenslade’s 2014 piece, said: ‘In March 2021, Mairia Cahill contacted the Guardian to complain that this article had been published and without disclosure of the writer’s political affiliations.

‘The Guardian’s readers’ editor considered the complaint and concluded that the columnist ought to have been open about his position.’

After concerns raised by a reader following publication of the article in 2014 that Greenslade had not disclosed his Sinn Fein sympathies, he started to declare his writing during the 1980s for the party’s newspaper, An Phoblacht, including at the end of two more blogs relating to Ms Cahill.

The Guardian added: ‘He now says he regrets that he did not add it retrospectively to this piece and offers his ‘sincere apology for failing to disclose my own interests’.

‘Columnists are hired for their opinions but the readers’ editor considered that here the writer’s political position should have been indicated openly.

‘The lack of disclosure was especially unfair to a vulnerable individual, and the Guardian has now apologised to Ms Cahill.’

Ms Cahill had claimed that at 16 she was ‘repeatedly raped by an IRA man’. She complained to police in 2010, but the case was dropped four years later when she withdrew her support for the prosecution.

However, a subsequent BBC documentary detailed her ordeal, only to be savaged by Mr Greenslade in The Guardian in 2014′.

Writing in The Spectator this week, Ms Cahill cited the lack of relevance of her political allegiance.

She added: ‘After attacking the ‘lack of balance’ in the BBC NI piece, he then took it upon himself to list my political history – some of it inaccurate – which he viewed as highly relevant when discussing my brutal experience of abuse, and of the IRA and Sinn Fein’s treatment of me as a result.

‘Strange (and some would say hypocritical) that he did not disclose in the same piece, his own secret long-held support for the IRA.’

Ms Cahill hailed from a prominent republican family. Her great-uncle Joe was a notorious former chief of staff in the Provisionals.

Hitting out at Mr Greenslade for alleging her accusations were political, she added: ‘That Greenslade chose the angle he did is not surprising, but it is disgusting.

‘No abuse disclosures should be weighed against victims’ previous politics.

‘That The Guardian chose to print it is extremely questionable, given that by that time it was widely known that he had written anonymously for the Sinn Fein IRA supporting publication, An Phoblacht.’ 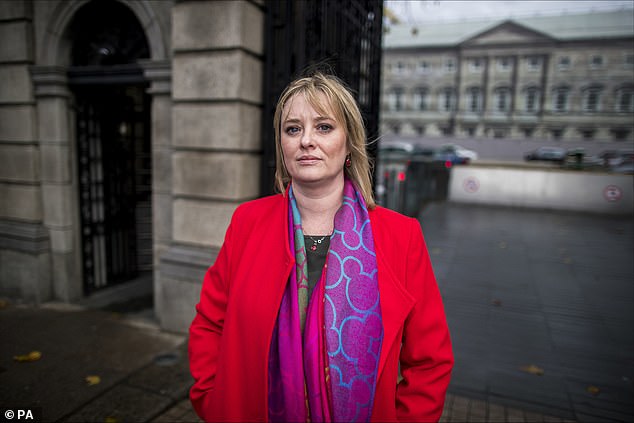 Mairia Cahill (pictured), who has waived her right to anonymity, said that after she was interviewed for a BBC Northern Ireland investigation, Mr Greenslade wrote an article in the Guardian attacking ‘the lack of political balance’ in the report 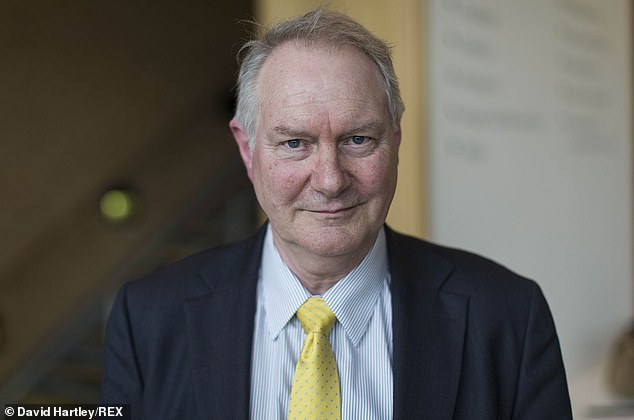 Greenslade (pictured), 74, came out of hiding this week to reveal he backed the IRA 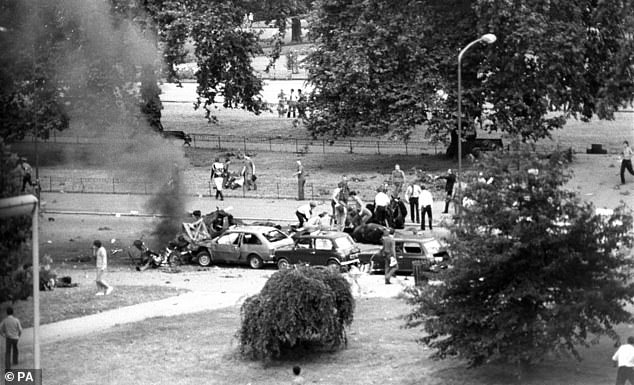 The former professor of journalism at City, University of London, was a friend of suspected Hyde Park bomber (pictured: The scene after the 1982 attack) John Downey and from the 1980s wrote for the republican newsletter An Phoblacht

‘Totally reprehensible and a slight on our industry’: Outrage as Roy Greenslade claims he ‘did nothing more than scores of journalists who keep political views to themselves’ after revealing support for IRA

A former Fleet Street editor sparked further outrage by attempting to defend his comments about his secret long-standing support for the IRA.

The erstwhile Guardian columnist claimed he did ‘nothing more than scores of journalists who keep political views to themselves’ in sympathising with atrocities committed by paramilitary forces.

But his attempts to defend his remarks sparked further fury from industry chiefs, who described his comments as ‘totally reprehensible’.

In a post on Twitter, he said: ‘Roy Greenslade’s claims that ‘scores of journalists’ secretly support terrorism just like him is totally reprehensible and a slight on our industry.’

Mr Greenslade wrote in the British Journalism Review that he backed the IRA’s armed campaign while he was working as a journalist during the Northern Ireland conflict.

He secretly wrote for the republican newsletter An Phoblacht and even provided bail surety for an IRA man accused of involvement in the 1982 Hyde Park bombing.

While his republican views first emerged some years ago, he came out of hiding’ in an article this weekend for the British Journalism Review to say he was in ‘complete agreement about the right of the Irish people to engage in armed struggle’, adding: ‘I supported the use of physical force.’

Mr Greenslade spent two years as editor of the Mirror, during which time he fixed a ‘spot the ball’ competition on behalf of the paper’s owner Robert Maxwell so that no one could win the £1million first prize.

After joining the Guardian, he went on to become a noted mouthpiece for Tony Blair’s spokesman Alastair Campbell, who had previously been his political editor. It is not known whether Mr Campbell was aware at the time of Mr Greenslade’s IRA allegiance.

The former Guardian columnist retired from a full-time post at City University, where he lectured in ethics, in 2018, but he has ‘occasionally’ returned as a guest speaker.

In the article, which was published in the Sunday Times, Mr Greenslade, 74, who is now a member of Sinn Fein, said he had first become involved in republican causes shortly after Bloody Sunday in 1972, when paratroopers shot dead 13 demonstrators.

He went on to hold senior roles at The Sun and the Sunday Times, as well as the editorship of the Daily Mirror in 1990 and 1991, but ‘regularly’ contributed to An Phoblacht – contradicting his newspapers which denounced the IRA’s campaigns.

Mr Greenslade guaranteed bail for convicted IRA member John Downey, who was accused of the 1982 Hyde Park bombing, in which four soldiers died.

Downey’s criminal case collapsed when he produced a so-called ‘on the run’ letter, providing assurances that he would not be prosecuted for alleged past crimes. However, a judge at the High Court ruled in 2019 that he was an ‘active participant’ in the bombing. Despite this, Mr Greenslade wrote that all he knows of Downey is his ‘dedication to peace’.

Downey is currently on bail accused of the murder of two Ulster Defence Regiment soldiers in Enniskillen in 1972.

Mr Greenslade added: ‘I continued to keep my views on the IRA to myself. However much I believed its tactics to be valid, I could not hope to convince colleagues that the killing of civilians, albeit by accident, was justifiable.’

The journalism industry news website spoke to Mr Greenslade after he earlier this week revealed his support for the IRA in the British Journalism Review.

Asked whether his views on terrorism disqualified him from teaching ethics, Mr Greenslade said: ‘The furore underlines the main point of my article: to have come clean in the 1970s with my beliefs would have rendered me unemployable.

‘I did nothing more than the scores of journalists who keep their political views to themselves. My opinions did not affect my journalistic work, nor did they affect my university teaching.’