HARVEY Weinstein could be released from Rikers over coronavirus fears.

The New York City Board of Corrections is calling for the release of inmates who are at a higher risk of contracting COVID-19. 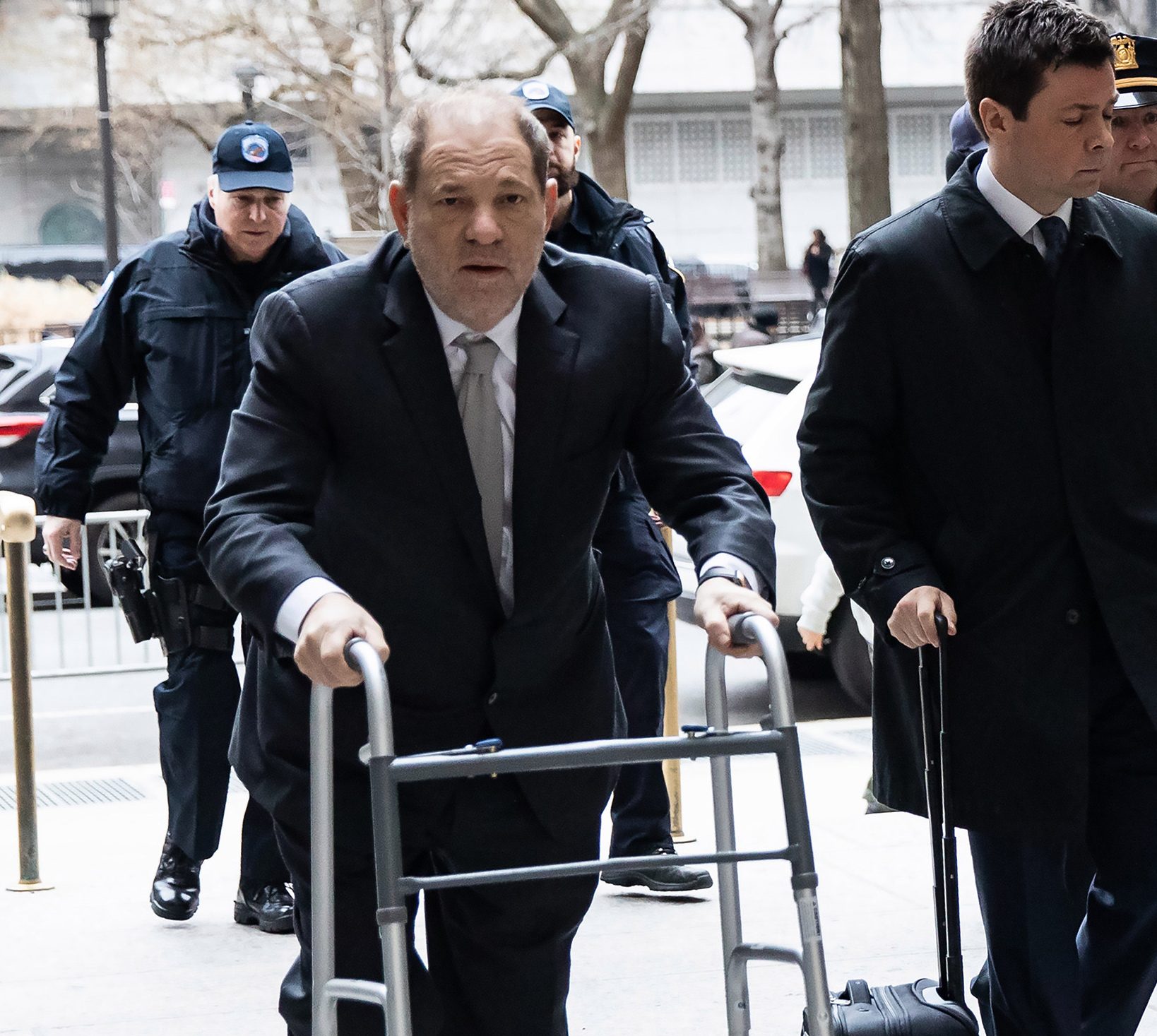 Many of these individuals would be given shortened sentences, but this would not apply to Harvey.

He, and other high-level offenders who were convicted in jury trials, would instead be shipped off to federal prisons.

Harvey is at a high risk of contracting the deadly virus as he is over the age of 50 and just had heart surgery two weeks ago at Bellevue Hospital in Manhattan.

He has already experienced complications, with medics rushing him back to Bellevue after his sentencing last week for "high blood pressure."

A spokesperson for Harvey said that if the convicted rapist did qualify, he would likely be moved to a federal prison and not sent home before his placement.

"Significantly fewer people in jail will limit the spread of COVID-19 infection among people in custody and those who work in the jails, minimize the number of people in custody who will need medical care, decrease the density of housing areas for people who remain in jail, and allow New Yorkers to maintain connections with and support from their loved ones,' said the BOC in a release obtained by The Sun.

The Board defined four groups of inmates that they were looking to move out of jails so that DOC facilities would not be overwhelmed in the event if a mass infection.

Those groups were: People who are over 50; People who have underlying health conditions, including lung disease, heart disease, diabetes, cancer, or a weakened immune system; People detained for administrative reasons (including failure to appear and parole
violations); and People serving “City Sentences” (sentences of one year or less).

Harvey is both over 50 and has a weakened immune system from the surgery he recently underwent to treat his heart disease.

The release on Tuesday very clearly laid out a plan and the goals that the Board felt the Department of Corrections could achieve if they stuck to a plan over the next few weeks.

"The New York City Board of Correction, the independent oversight Board for the City’s jail system, is calling on the City to work with all its criminal justice partners to: (1) immediately remove from jail all people at higher risk from COVID-19 infection; and (2) rapidly decrease the jail population," reads the report. 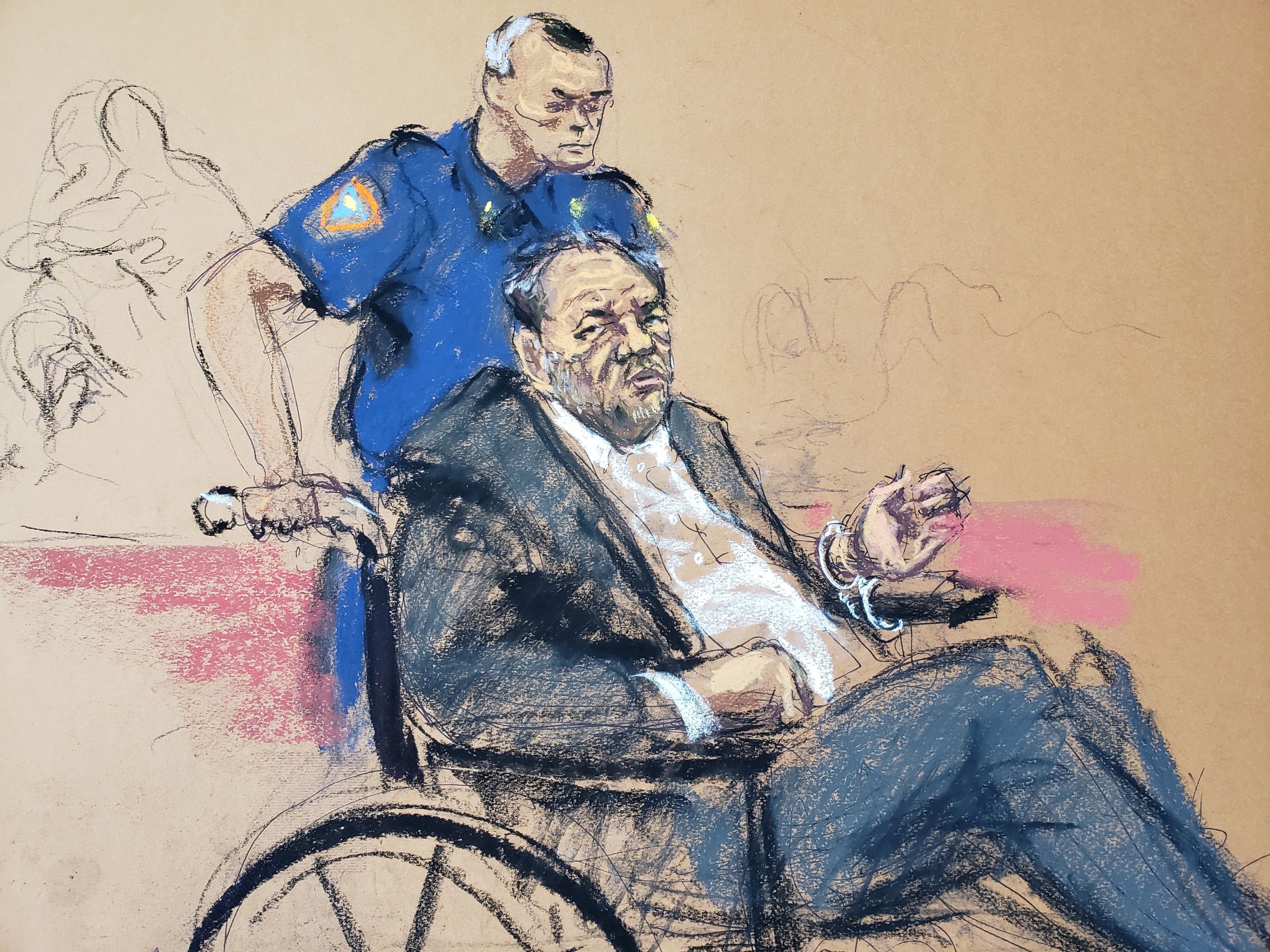 The disgraced mogul was rushed to Bellevue Hospital once again last Tuesday after his blood pressure spiked, and remained there so doctors could monitor the situation in light of his recent surgery to insert a stent in to his heart.

A jury found Harvey guilty on two of the six counts he was facing in his trial – criminal sexual assault and rape in the third degree.

He did not back it back to Rikers that day however,m and was rerouted to Bellevue on the drive back.

Harvey will now return to Riker's as a high-risk inmate given the new fears about the spread of coronavirus.

He is close to 70 and recently had heart surgery.

Once he is recovered, he will head down to be processed at Fishkill and then sent to a prison he hopes will keep him close to his family.

Only a few of those family members may visit though given some of the new revelations were detailed in the hundreds of pages of court documents that were unsealed in Harvey's criminal case and obtained by The Sun.

In one of the filings, Harvey's legal team included correspondence that might have emerged in court during the trial but could not because of the fact that they were filed under seal.

This included a statement that Weinstein had worked on in December 2017 with Stirick and Company, his crisis PR firm.

The statement was never released, but his comments were jarring in that they presented him as the victim in the case.

“Three months ago I could never say the following words, nor even think them to myself: I’m an addict. I’m a sex addict. I’m an anger addict," read the draft.

"To medicate, I comfort myself with bad food. My mind sees despair. My body has trauma. Vets tell me I have PTSD."

Harvey then said that at that moment he was also "suicidal."

"The #MeToo movement is powerful. Hurtful, but deserved. I read what Gwyneth Paltrow, Angelina Jolie, Salma Hayek, Ashley Judd, and so many others have written. While there are two sides to these stories, truthfully, I don’t know how to tell it without being crucified," wrote Harvey.

Trump is targeting Assange because he dislikes Obama, court told

‘He will try and sneak or steal his way to victory’: Obama goes after Trump in forensic attack