A baby boy who was born with just one leg has managed to stand on two feet for the very first time thanks to the use of a prosthetic limb.

The youngster, who is one, is seen being held by his father having been fitted with a high tech false leg.

Whilst being held, the baby, who is called Brooks, bounces up-and-down and squeals with delight. 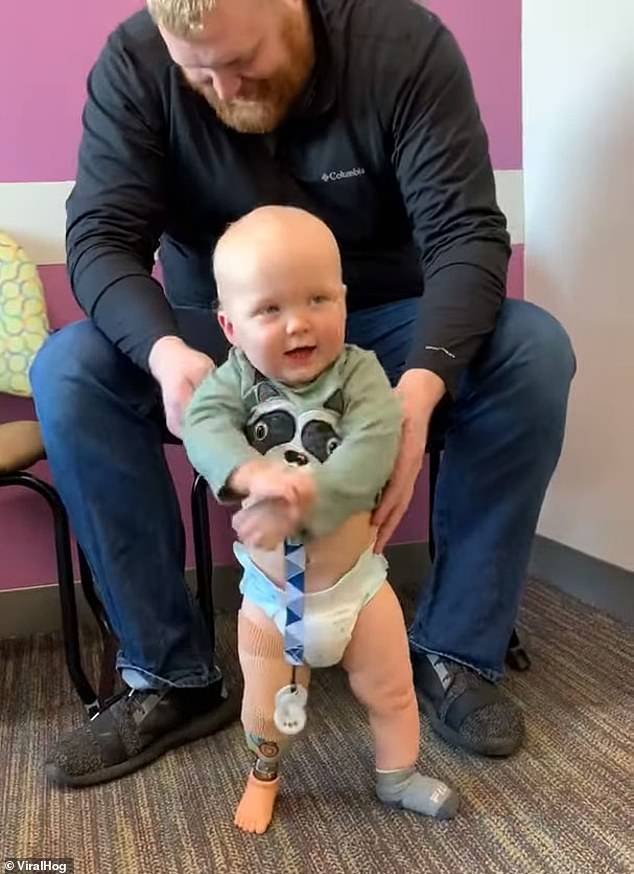 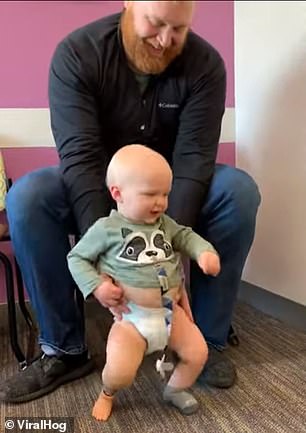 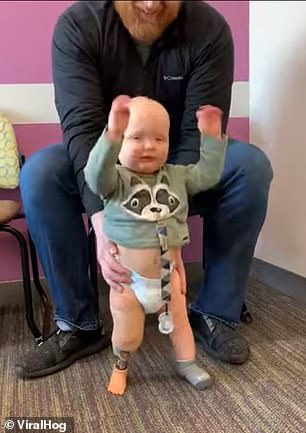 The youngster, called Brooks, had to have a special device fitted after being born without part of his limb

His mother, from Burnsville, Minnesota, films her baby’s attempt at wearing the device and can be heard laughing with love as she sees her kid happy at his new found movement.

”Brooks just received his first ever prosthetic leg. His father is assisting him to stand up on two legs and two feet for the first time ever! Brooks is so excited that he does a little dance while he tests out his new body part!’ she wrote in an online posting.

It was a medical condition that saw the little baby Brooks born without part of his leg.

Although the youngster has been able to crawl around without any issues, standing up has been all but impossible, until now.

It is hoped that with the addition of the prosthetic, brooks will be able to learn to walk, run and dance like any able-bodied individual.

‘He’s a very active little boy and he’s been so strong and resilient through all the doctors appointment and his surgery to amputate the digit that was at the bottom of his stump. He’s a very special, happy boy!’ Brooks’ mother wrote online about her son.

The delightful footage was shared on YouTube and has already had already several thousand views since it was uploaded. 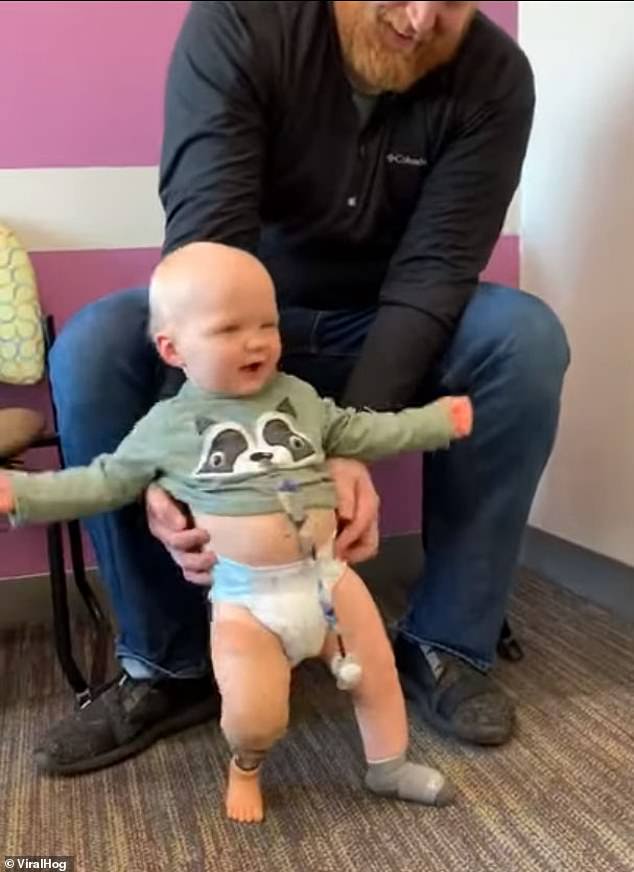 The delightful footage was shared on YouTube and has already had several thousand views since it was uploaded.

Lawrence Jones reports on Venice Beach homeless takeover: 'It's only getting worse'

US parents spend more than NINE full days a year cleaning their homes on average, study finds – The Sun