Home » World News » Horses may worry about their looks too: study

London: Horses can recognise their reflection in the mirror and have the urge to preen themselves in the same way as people, a study has suggested for the first time.

Scientists believe the newly recognised behaviours mark a first step in establishing whether horses can comprehend the concept of individuality and are conscious of how they look. 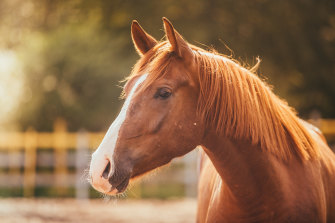 The study indicated that horses recognised themselves in a mirror and attempted to preen. Credit:Shutterstock

The discovery was made after an X was painted on the cheeks of 14 horses. Eleven of the group attempted to rub it off when they looked in a mirror and realised it was there.

Only elephants, bottlenose dolphins, magpies and a small fish called a cleaner wrasse have previously been found to be capable of recognising their mirror reflection. Primates are the only group identified so far to widely have this trait.

This makes the horses’ reaction more astounding, because they could be among the most self-aware creatures on the planet.

Dr Paolo Baragli, from the University of Pisa in Italy, led the study, which was published in the journal Animal Cognition. “They’re either trying to explore the mark on their face or trying to get it off. It’s hard to imagine there’s any other reason for this behaviour,” he said.

His team positioned a large standing mirror in an indoor arena and let each horse loose in the space one at a time.

At first, they all behaved as if their reflection was another horse. While some tried to play with their mirror image, others showed fear or aggression towards it.

However, most eventually began to investigate this “other horse” they could see in the glass.

Eleven of the 14 horses moved their heads around and saw their reflection move in tandem. They also walked around the back of the mirror, as if they were checking whether the image they saw was three-dimensional.

Some even stuck their tongues out at the glass to be absolutely sure the mystery horse was them. They appeared to finally understand that they were not looking at a fellow horse.

Scientists then used medical ultrasound gel to put a coloured cross on the cheeks of the horses. Their reactions, filmed in a total of 22 hours of footage, were then analysed.

Eleven horses stood in front of the mirror and appeared to recognise that they had a mark on their face, as they were seen rubbing their marked cheek against their leg then checking their reflection again to see if it had gone.

Some experts are sceptical of the findings and argue that the horses would never have investigated their reflection in the mirror if they had not been prompted to do so.

“None of the horses spontaneously used the mirror to investigate parts of their bodies that could not be seen without a mirror,” Gordon Gallup, a psychologist at the University at Albany in New York, said.

However, Baragli is convinced their behaviour shows they understand that they are looking at themselves in the mirror, and that they can use the mirror to make modifications to their appearance.

He believes this is an important first step in establishing whether all horses can comprehend individuality and are conscious of how they look.

In 2017, monkeys were found to produce a similar reaction to the horses tested in this study.

Three young male rhesus monkeys had a red, black or green spot painted on their cheek or eyebrow. They were then placed in a cage with a full-length mirror.

They looked in the mirror and pawed at the marks on their face as if trying to remove it, according to the findings published in the journal Proceedings of the National Academy of Sciences.

The monkeys also showed uncanny human-like behaviour in front of a mirror: they opened their mouths and examined their teeth, and turned around to see their body at all angles.