Let me-owt of here! Cat rescues itself by walking down firefighters’ ladder after getting stuck in a tree for 48 hours

Firefighters were left stunned when the cat they were called out to remove from a tree calmly walked down their ladder and rescued itself.

A London Fire Brigade crew from Norbury Fire Station was called in to help the RSPCA rescue the animal that was stuck around 25ft up a tree.

Firefighters pitched a ladder and were getting ready to climb up to the cat when it slowly made its own way down the rungs. 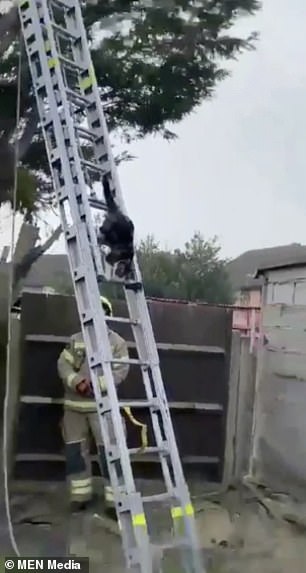 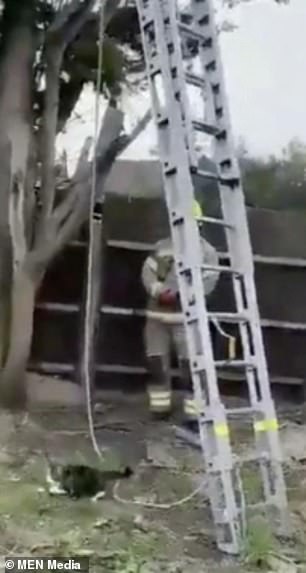 This is the moment a cat makes its own way down a London Fire Brigade ladder in Thornton Heath, south west London. The cat ran off after it made its way safely to the bottom

Station Commander Richard Hamilton, who was at the scene in Thornton Heath, south-west London, said: ‘We couldn’t believe it – I’ve been in [The Fire Service] more than 25 years and I’ve never seen a cat do that before.

‘The poor cat had apparently been up there more than 48 hours, but seemed fine when it came down – it just ran off without so much as a thank you.

‘Firefighters went to the aid of the cat after the RSPCA requested our assistance as they didn’t have the equipment to reach it.

‘Once they’ve pitched the ladder, crews would usually go up to try and retrieve the cat, but the RSPCA inspector advised us to stand back and sure enough, it made its own way down the ladder.

‘The work of a firefighter is varied and involves all sorts of different incidents and we are ready, willing and able to assist distressed or injured animals.

‘The last thing we want is for people to put themselves at risk rescuing an animal themselves – but we do encourage people to call the RSPCA in the first instance and we will assist if our specialist equipment is required, as in this case.’ 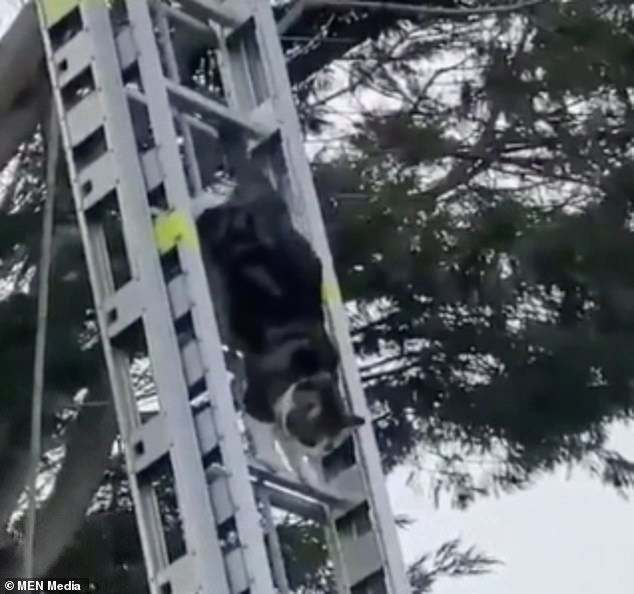 The cat, pictured, made its way carefully down the ladder after spending two days up a tree

Hancock stars in an entirely different video to announce resignation