A MUM whose partner told her he wasn't "gullible enough" to play the lottery has won £1m on the EuroMillions.

Holly Saul scooped the prize in the UK draw after her father-in-law reminded her to purchase a ticket. 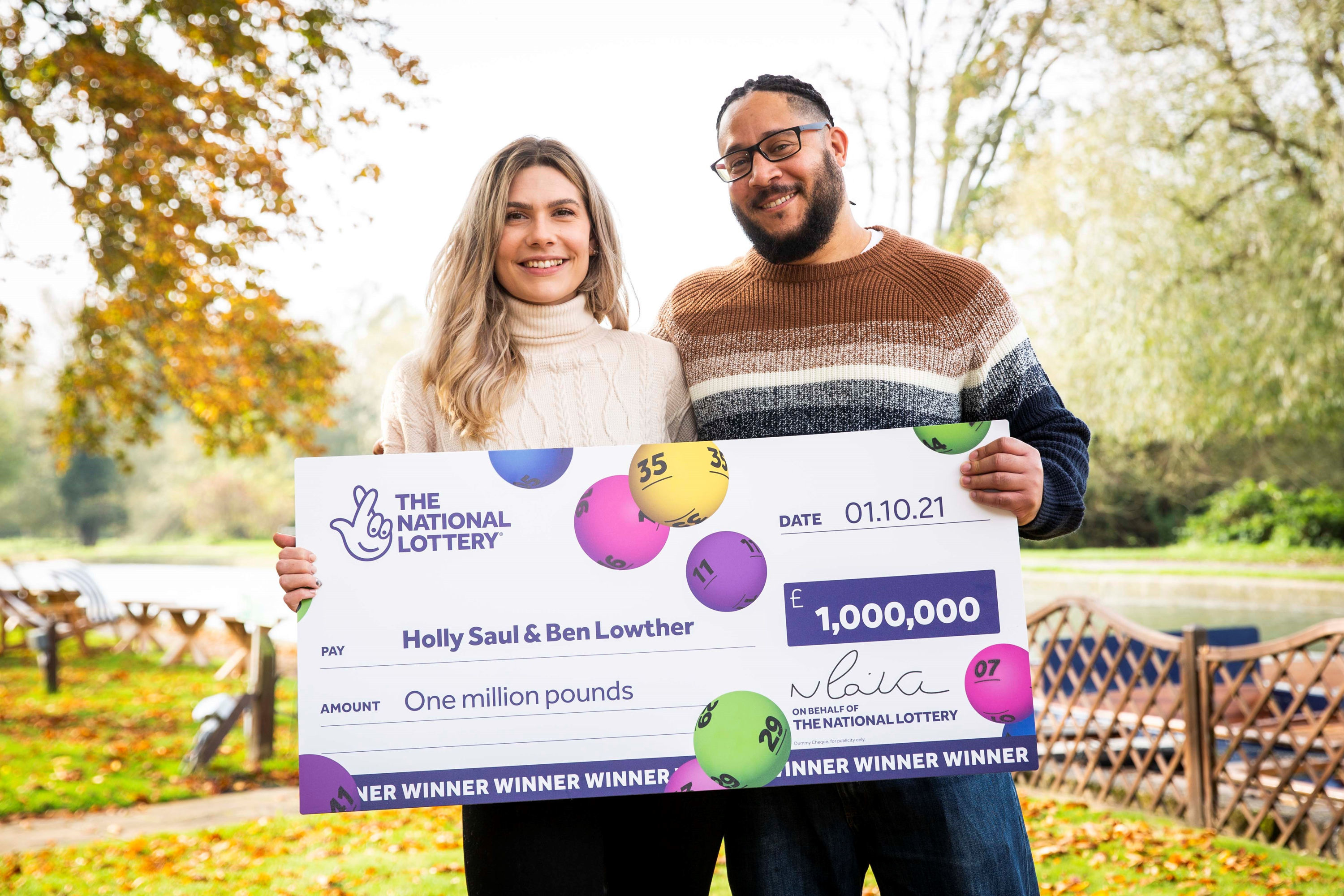 The 29-year-old, from Cambridge, recalled bursting into tears of joy when she was told she had won.

The news followed just hours after her partner of eight years, Ben Lowther, 38, had said earlier: "I'm not gullible enough to play the lottery."

Holly, who has two children, said: "We were both so shocked that I decided the only sensible option was to pour myself a G&T and Ben a Guinness.

"Then we sat in the garden for an hour staring into space, looking at each other and giggling like children. It was the most surreal and most wonderful time.

Holly has said the prize money would make a huge difference to their family, hoping it would help their parents retire "sooner".

Although she's considered reducing her working hours, Holly has said she intends to continue working and won't be trading in their Ford Focus – much to her daughter's "disgust".

After Ben lost his job twice due to Covid, the money would hope to support him in his new career move creating video games.

"Because I was willing to be the gullible one, we have so many wonderful options ahead and we will enjoy every last one," Holly said.

Hydroxychloroquine does NOT treat Covid, biggest study of drug finds