IRAN has sent two warships in a move suspected to be in support of US-arch enemy Maduro, amid fears they will block the Panama Canal. 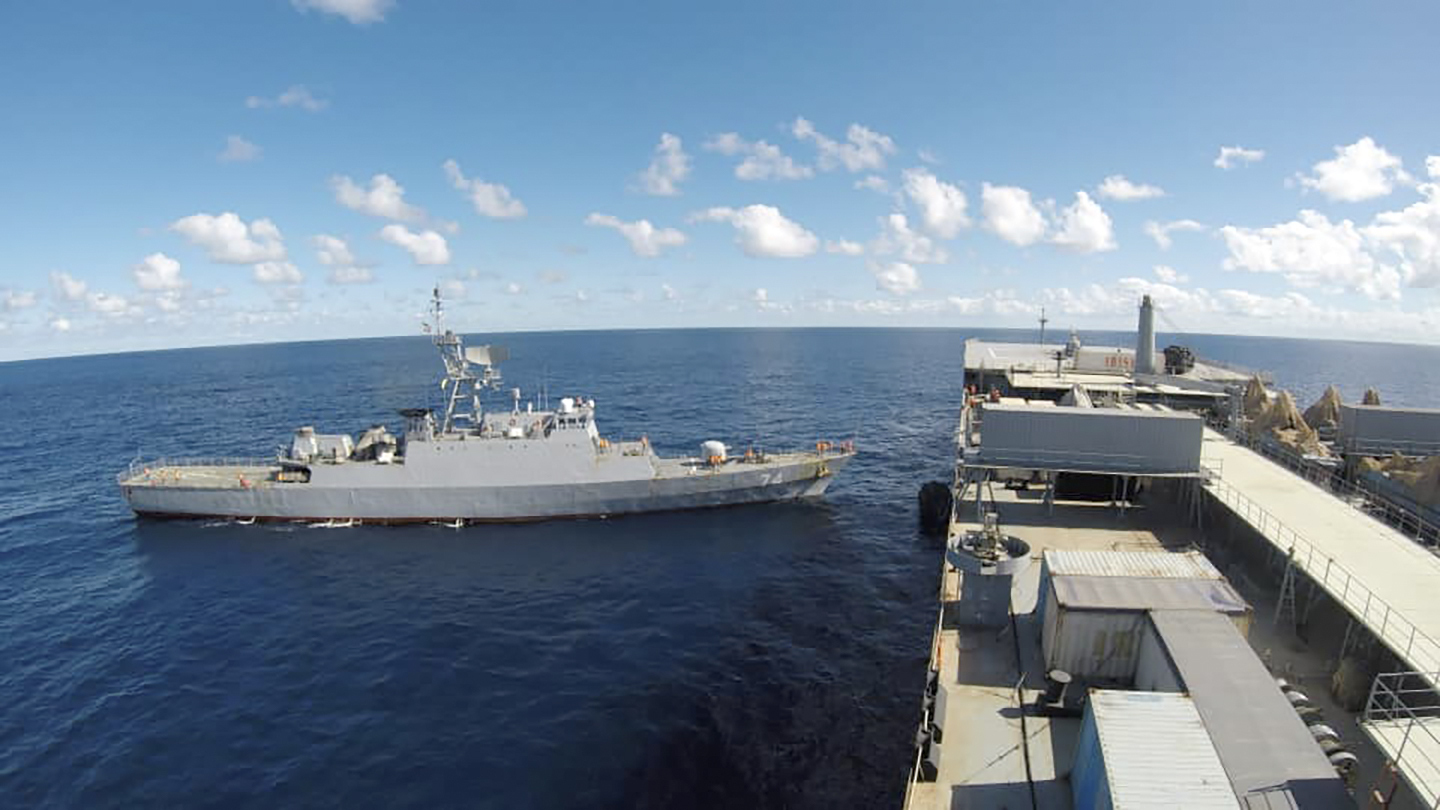 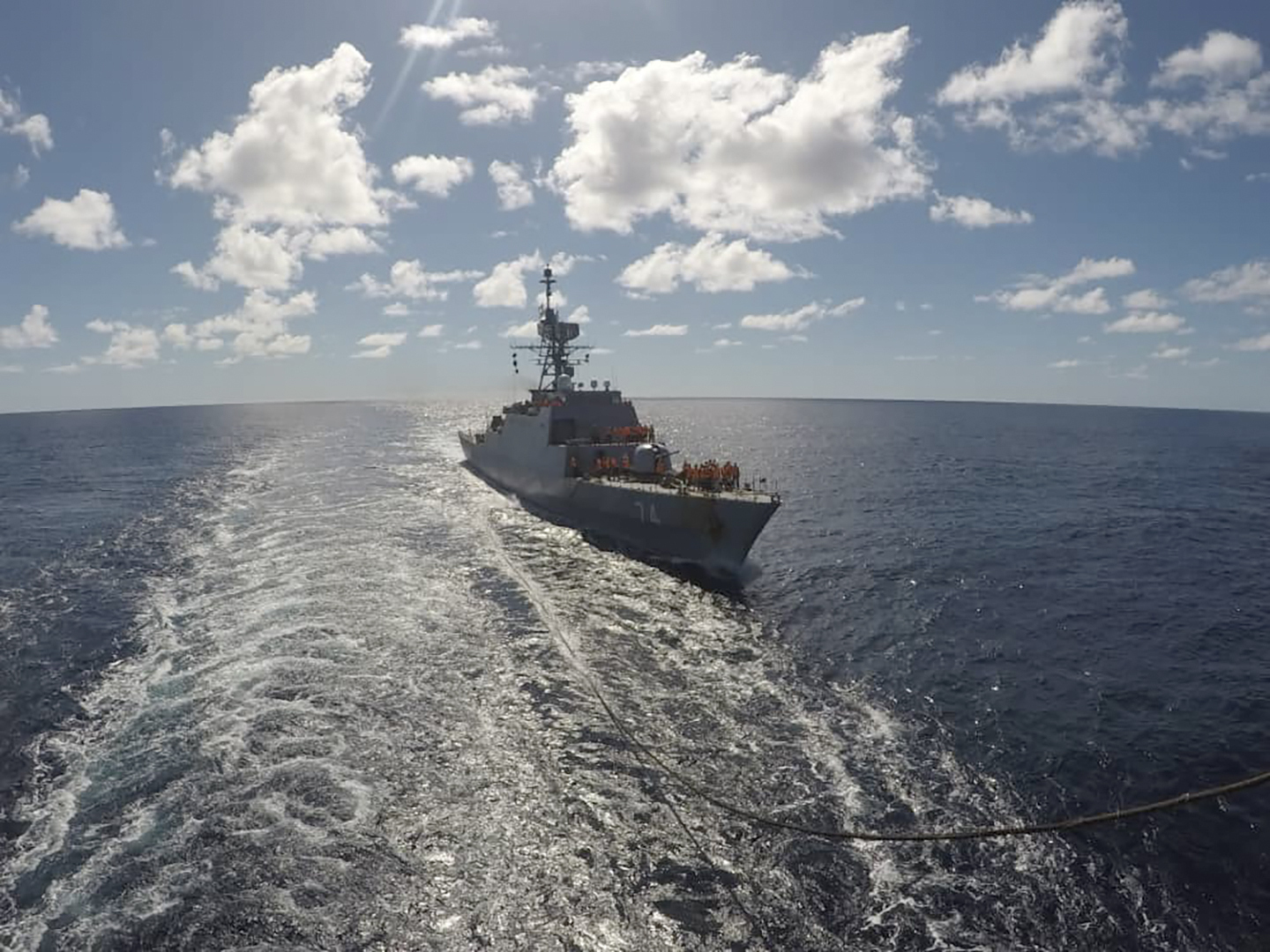 The journey is a rare mission from the Islamic Republic, Iran’s state TV reported on Thursday.

The channel released a short clip of the destroyer cruising through the Atlantic’s rough seas. The video was likely shot from the Makran, AP reported.

The support vessel was a converted commercial oil tanker with a mobile launch platform for helicopters.

Adm. Habibollah Sayyari, Iran's deputy army chief, has said the ships’ mission was the Iranian navy’s longest and most challenging voyage yet.

“The Navy is improving its seafaring capacity and proving its long-term durability in unfavorable seas and the Atlantic’s unfavorable weather conditions,” Sayyari added.

The warships would not call at any country’s port during the mission, he said.

While the outlet did not name the vessel’s final destination, reports from U.S. media outlet Politico have cited anonymous American officials saying the ships were bound for Venezuela.

It wasn’t clear where the boats were located now.

Iran maintains close ties to Venezuelan President Nicholas Maduro, with the country having shipped gasoline and other products to the country amid a U.S. sanctions campaign targeting fuel-starved Caracas.

One of Maduro’s top aides, speaking on condition of anonymity, has denied press reports that the ships will be docking at Venezuela. 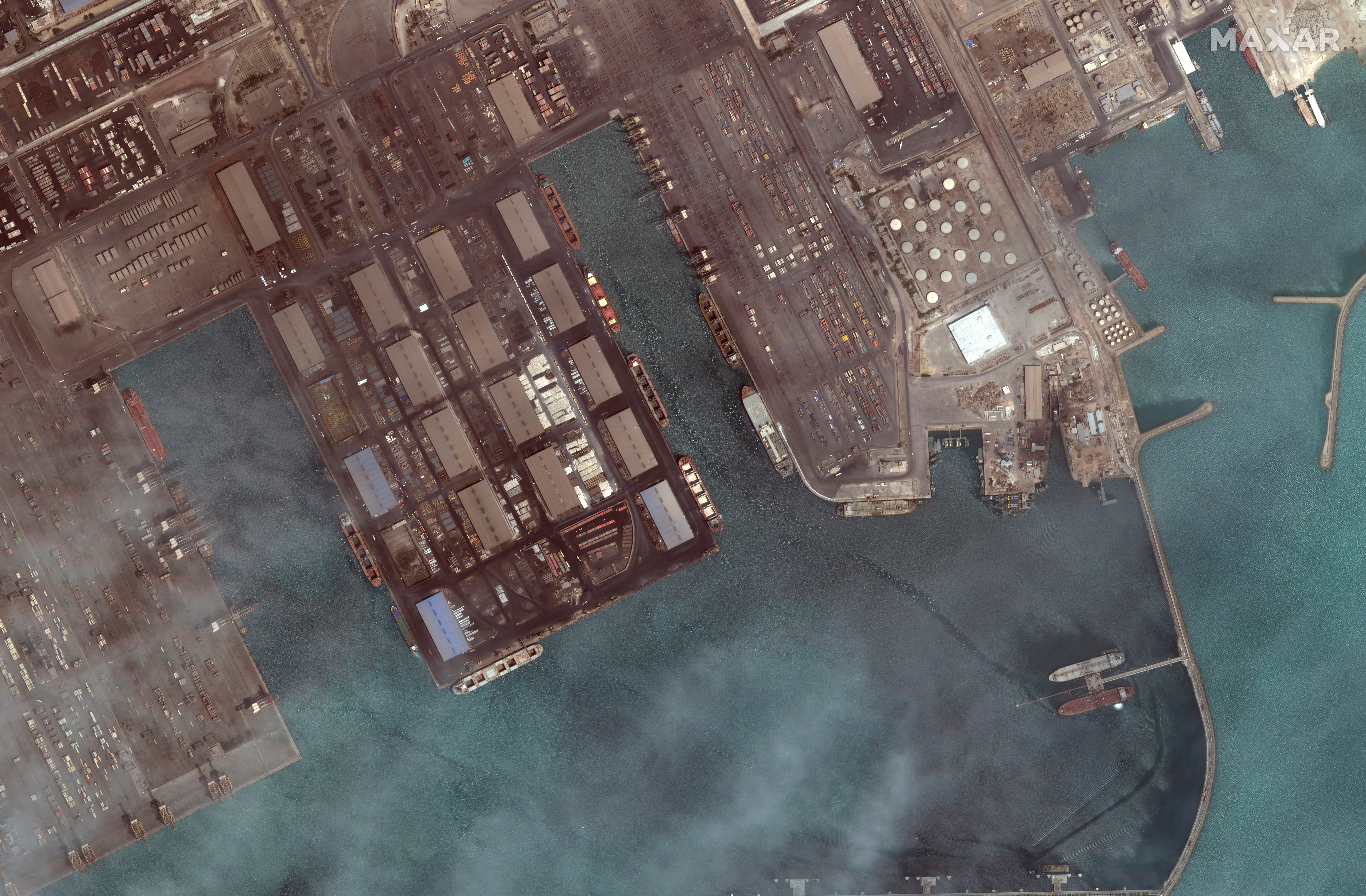 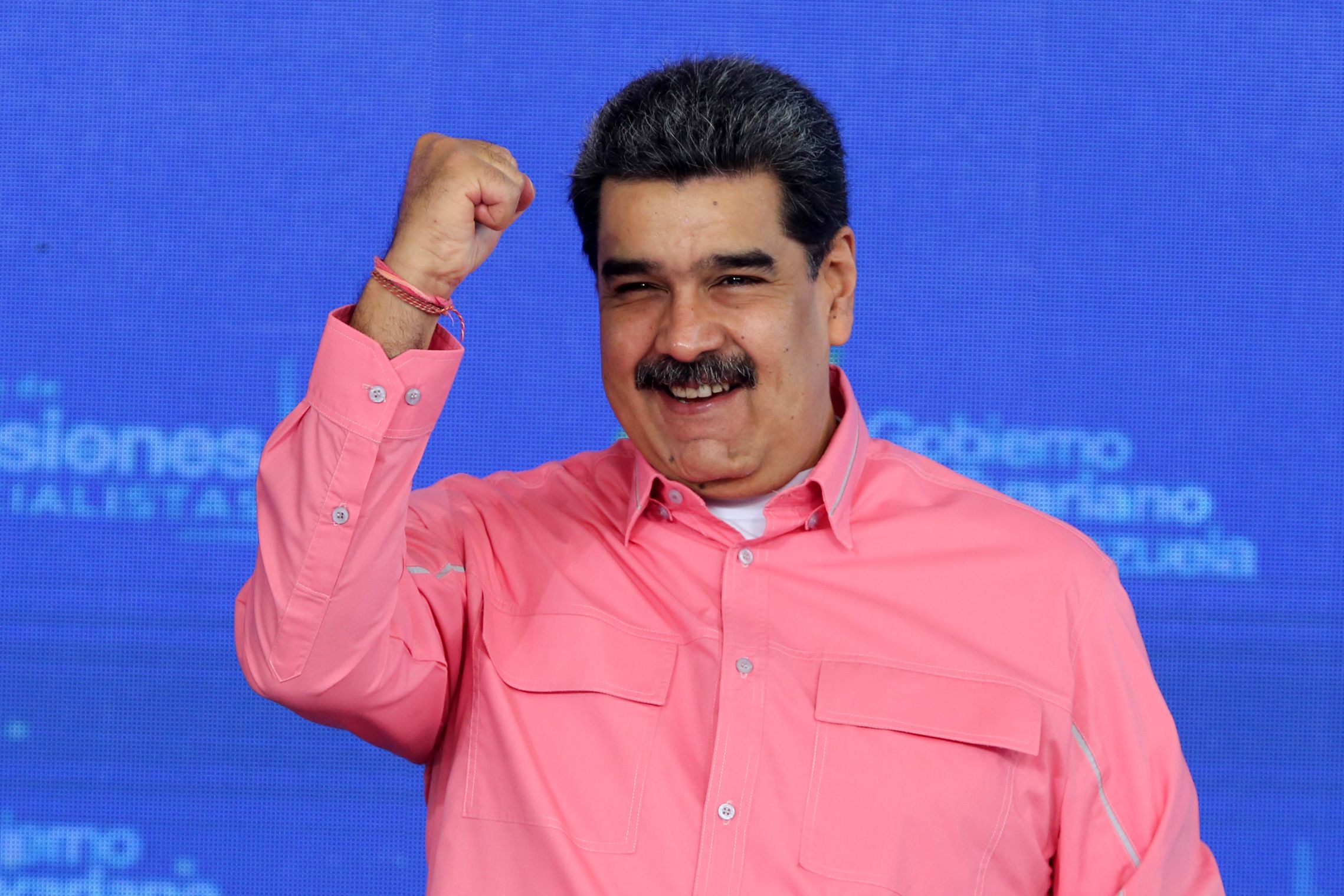 And Iranian Foreign Ministry spokesman Saeed Khatibzadeh has also declined to say where the Makran was headed.

“No country is able to violate this right, and I warn that no one makes miscalculations. Those who sit in glass houses should be careful.”

Questions had been raised over seven Iranian fast-attack craft which appear to have been captured in photographs as sitting on board the deck of the Makran.

The craft were the type the Guard uses in its encounters with U.S. warships in the Persian Gulf, and its narrow mouth, the Strait of Hormuz.

It was not clear what Venezuela’s plans would be for the ships.

“If the boats are delivered, they may form the core of an asymmetrical warfare force within Venezuela’s armed forces,” the U.S. Naval Institute said in an earlier published analysis.

“This could be focused on disrupting shipping as a means of countering superior naval forces. Shipping routes to and from the Panama Canal are near the Venezuelan coast.”

The odd voyage comes ahead of Iran’s presidential election, on June 18.

The election will see voters select a successor for the relatively moderate President Hassan Rouhani. 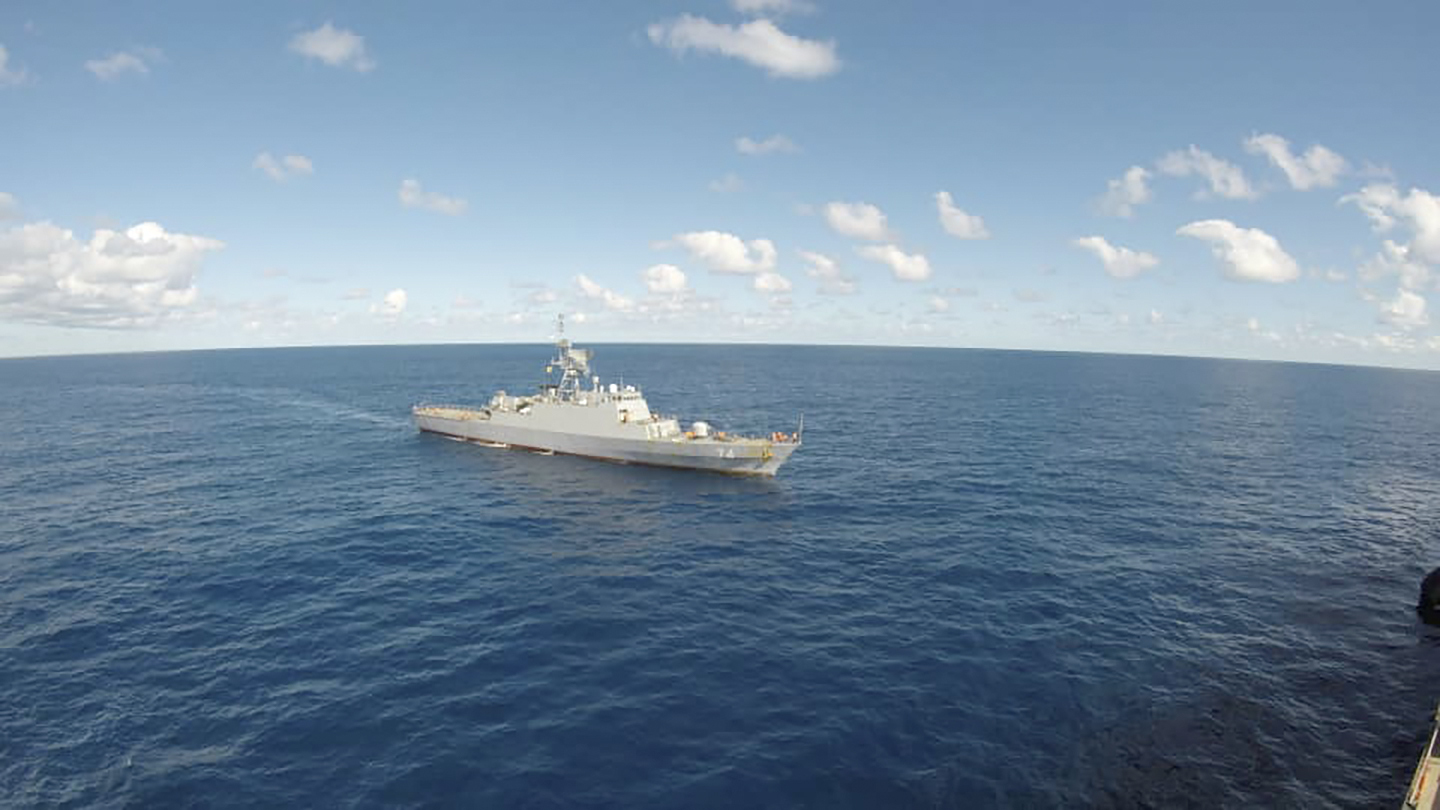 EDEN CONFIDENTIAL: Westminster Abbey will not ring for Meghan Markle's