Japan is ‘on the brink’ as it struggles to contain coronavirus and its medical system could collapse, health chief and minister warn

Japan is ‘on the brink’ as it struggles to contain coronavirus and its medical system could collapse, officials in the country have warned.

Economics Minister Yasutoshi Nishimura said Japan ‘must prevent infections from spreading further no matter what’ and warned that ‘we have come to the edge of edges’.

His warning came as Shigeru Omi, head of the Japan Community Healthcare Organisation, said ‘fundamental responses’ to prevent coronavirus from causing the country’s medical system to collapse could be enacted today.

Medical experts in Japan advising Abe warned the spread of Covid-19 was putting mounting strain on hospitals in Tokyo, the city of Osaka, and other prefectures. 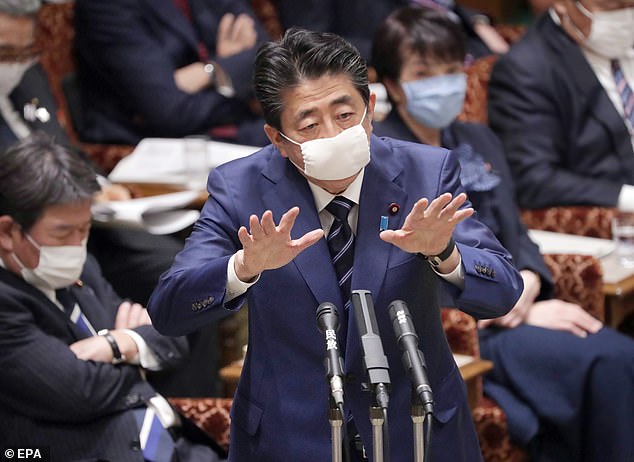 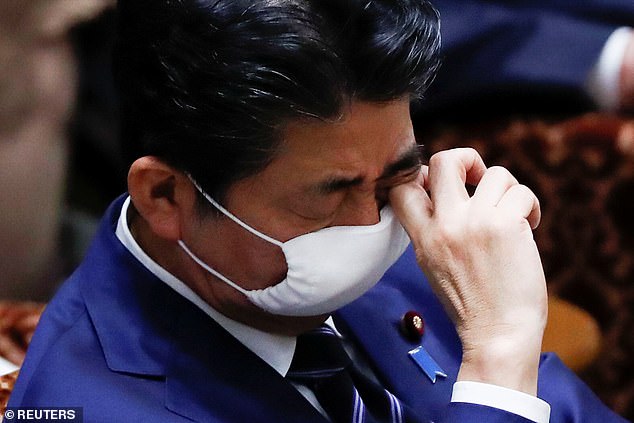 As part of new measures to regulate the spread of the contagion, Japan is banning foreign entry from 73 countries.

It will also demand anyone arriving from abroad to be in quarantine for two weeks.

Speaking at a news conference today, medical adviser Omi said Japan’s health system was at present risk of collapse, before a spike in infections.

‘Fundamental responses should be made as early as today or tomorrow,’ he said.

While many countries around the world fight to stem the deadly pandemic by imposing strict lockdown measures, Prime Minister Abe faces similar public pressure to do the same. 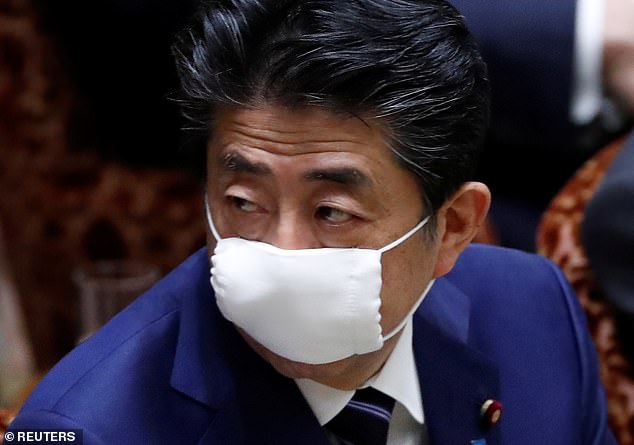 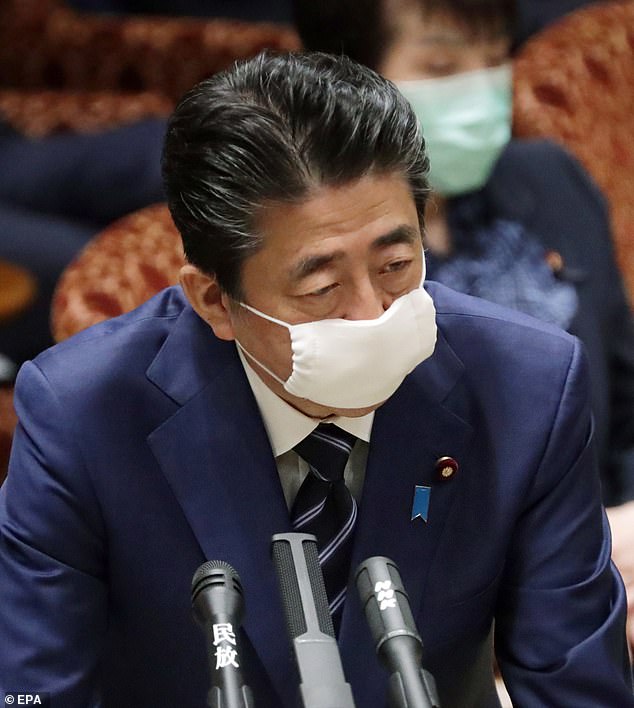 Prime Minister Abe agreed Japan was ‘barely holding the line’ on the spread of the virus, adding the country remains ‘at a critical point’

Calls for a state of emergency, granting local governors more weight in telling Japanese people to remain indoors and to close schools, are among the demands Abe faces. However, in many cases, the relevant laws include no penalties.

While Japan has some 2,362 cases of Covid-19 and 67 deaths overall, the capital Tokyo has bore the brunt with another 66 cases today, for a total of 587, according to public broadcaster NHK.

At a parliamentary committee today, Prime Minister Abe agreed Japan was ‘barely holding the line’ on the spread of the virus, adding the country remains ‘at a critical point where virus cases could surge if we let down our guard.’

Those sentiments were echoed by Economics Minister Yasutoshi Nishimura, who said people who study infectious diseases had been alarmed about the capacity of the health system in the capital. Experts, he added, said Japan was on the verge of crisis.

‘We must prevent infections from spreading further no matter what. We have come to the edge of edges, to the very brink,’ added Nishimura.

Medical adviser Omi said that despite Japan not having witnessed dramatic spikes in infection, more reports of the virus was having a constricting effect on medical supplies.

As a precaution, people living in areas that have seen sharp spikes in Covid-19 cases in the past week have also been warned to stay home and not gather in groups larger than 10.

While residents in Tokyo were again told to remain off the streets and out of bars and eateries by Governor Yuriko Koike.

‘People are saying “I didn’t think I was infected myself”,’ she told reporters. ‘I want everyone to share the awareness that one should both protect oneself while also avoiding spreading the virus.’

Tokyo schools shut down at the start of March will remain closed until May 6. Schools in other regions however should decide their own measures ‘based on local conditions’, experts advised.

Increasing calls for a lockdown in Japan are happening on social media, according to Reuters. Some Twitter users have pointed to stricter measures abroad.

Japan’s economy was on the brink of recession before the Covid-19 pandemic began. A Bank of Japan poll indicated industrial manufacturers in the country were at the ‘most pessimistic for seven years,’ according to a Reuters report.