Lawyers for Mr Roberts-Smith in his defamation case against The Age and The Sydney Morning Herald, now say journalist Ross Coulthart’s report for Seven commercial director Bruce McWilliam and chairman Kerry Stokes should not be released to the newspapers, arguing it is protected by legal professional privilege, which keeps communication between lawyers and clients confidential. 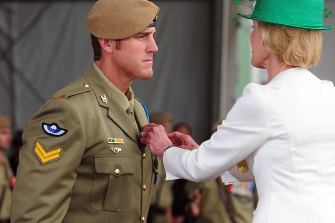 Then governor-general Quentin Bryce, awards the VC for Australia to Ben Roberts-Smith at Campbell Barracks, Perth, in 2011.Credit:ADF

The inner workings of how Seven responded to the allegations against Mr Roberts-Smith, who held a senior executive position at the company, is part of the broader defamation case in which Mr Roberts-Smith is suing the Nine-owned publications over a series of stories that allege he committed murders while on deployment to Afghanistan.

Mr Roberts-Smith, who has stepped aside from his position as general-manager at Seven in Queensland while he fights the case, denies all wrongdoing. The Age and Herald are relying on a defence of truth.

While the defamation trial is on hold until at least January, the latest stoush in the Federal Court on Monday centres on access to documents, specifically a report and a series of emails by Coulthart, a freelance journalist who at the time had been hired by public relations company Cato & Clive.

Mr McWilliam said in an affidavit that after media articles began to be published in 2017 about Mr Roberts-Smith, he asked Coulthart, an investigative reporter who had previously worked for the organisation, to look into the allegations and prepare a report for him and Seven boss Kerry Stokes. 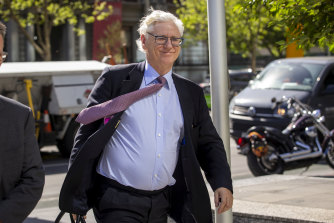 Mr Roberts-Smith is resisting releasing the documents on the basis that they are covered by legal professional privilege.

In his affidavit, Mr McWilliam said a report setting out the allegations and Mr Roberts-Smith’s responses would assist the former solider’s lawyers, Mark O’Brien and Arthur Moses, in advising him ahead of being questioned in a war crimes inquiry and a soon-to-come defamation suit.

The fact that Seven were, at that time, footing the war veteran’s legal bills was also a consideration. 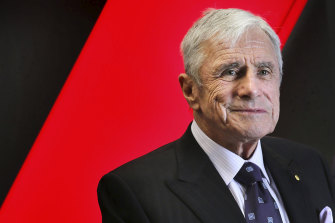 Kerry Stokes recently announced he was stepping down as chairman of the Seven Network.Credit:James Alcock

“I wanted to ensure that any decision by SWM [Seven West Media] to continue to support the applicant [Mr Roberts-Smith] was a considered one,” Mr McWilliam said.

Mr Owens said the purpose of the report was a commercial one, not a legal one.

“There’s just been a series of very serious allegations made, and Seven West Media wants to make sure that it’s spending its money wisely, presumably,” Mr Owens said.

Mr Moses told the court on Monday the blanket assertion that the report was a “McWilliam project” was misconceived. 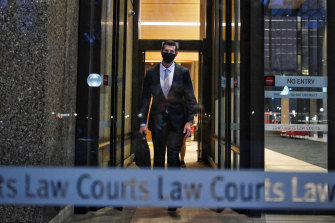 “The document would not have come into existence, but for the purpose of enabling the applicant to obtain advice in relation to the inquiry and the defamation proceedings, in order to protect his reputation, and his interests,” Mr Moses said.

“The fact that that had the benefit of protecting the interests of Seven West Media is a secondary purpose and subsidiary to that.”

Mr Roberts-Smith said in an affidavit that Mr McWilliam suggested he speak to Coulthart as a “good starting point” to prepare for a separate inquiry into the war crimes allegations being conducted by the Inspector-General of the Australian Defence Force.

In another affidavit, Coulthart said he was also told the purpose of the report, which he completed in June 2018, was to assist Mr Roberts-Smith’s legal team. The journalist said the subsequent draft media statements he helped to craft were also sent to lawyers so they could provide legal advice before any publication.

But Mr Owens argued even if legal protection over the communications could be established, Coulthart waived that privilege in his dealings with staff from The Age and Herald.

In August 2018, Coulthart texted journalist Nick McKenzie, who co-wrote the war-crimes stories with Chris Masters, that “numerous witnesses” had told him his stories were wrong.

“Why should I, as a journalist, tell you anything when your focus is so blatantly and belligerently and unfriendly and focused on a wacky conspiracy theory about who I am supposedly working for?” Mr Coulthart’s text, detailed in one of the affidavits connected to Nine’s legal team, read.

Mr Owens argued the dominant purpose at this point was, “not the preparation of this document for legal advice”, but “back-channelling” designed to influence reporting.

Justice Wendy Abraham is expected to make a ruling on the application next Wednesday.

Greece accused of shooting at migrants on Turkish border