A KNIFEMAN who walked into Gatwick Airport carrying two huge blades after telling a neighbour he was planning a "massacre" has been spared prison.

Staff believed they were in the middle of a terror attack after Adam Russell, 32, brandished the 10-inch kitchen knives. 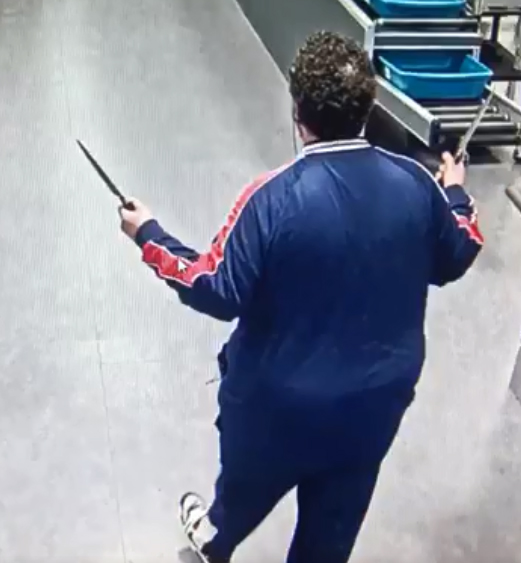 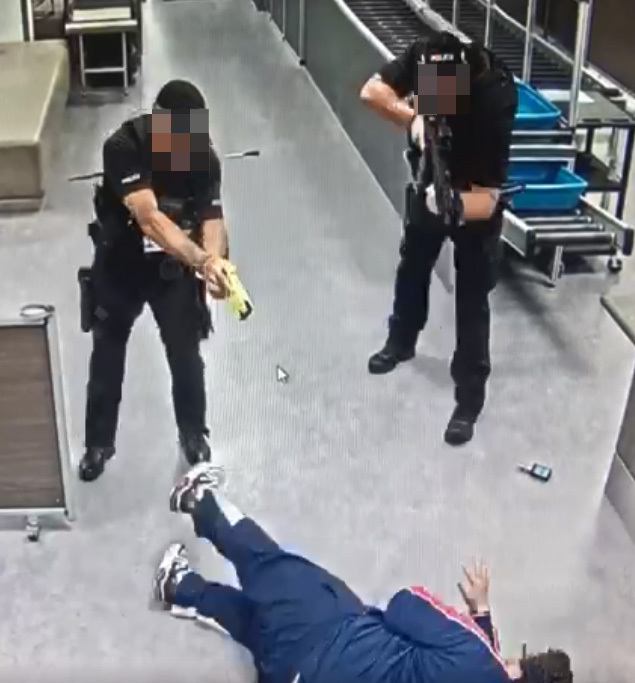 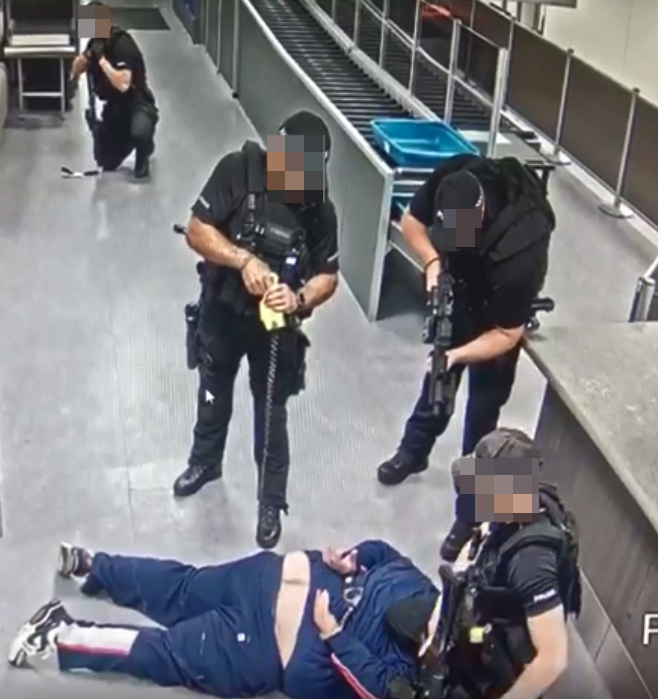 But after quick-thinking workers pressed a panic button – and armed police rushed to the scene, arriving in just two minutes to Taser Russell.

This week, a court heard Russell was in the middle of a schizophrenic episode when he boarded a bus to the Sussex airport in the early hours of June 3 2019.

Almost 200 people were evacuated after the defendant, who appeared for sentence at Lewes Crown Court, stormed into the South Terminal.

Russell, of Crawley, West Sussex, was handed a suspended sentence after he admitted possessing a bladed article and affray.

Prosecutor Rachel Beckett said the defendant was seen by one of his neighbours at around 1.30am on the day of the incident while they both waited for a bus.

She told the court: "The defendant said he was going for a massacre at Gatwick.

"He later said he was going to kill them all."

One witness said the defendant was "walking with purpose in his stride" and had "an emotionless glazed look". 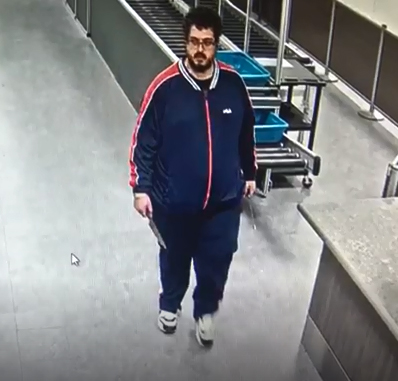 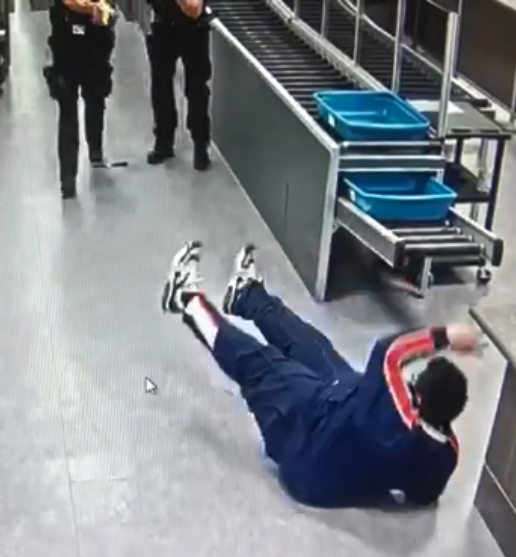 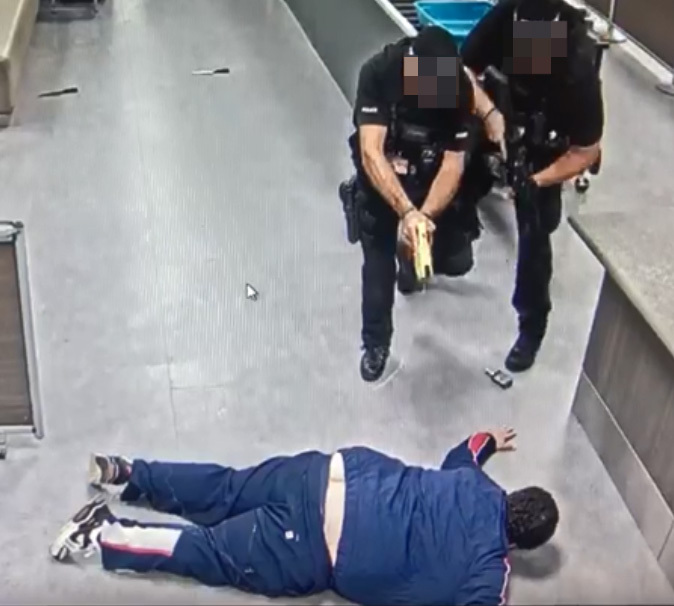 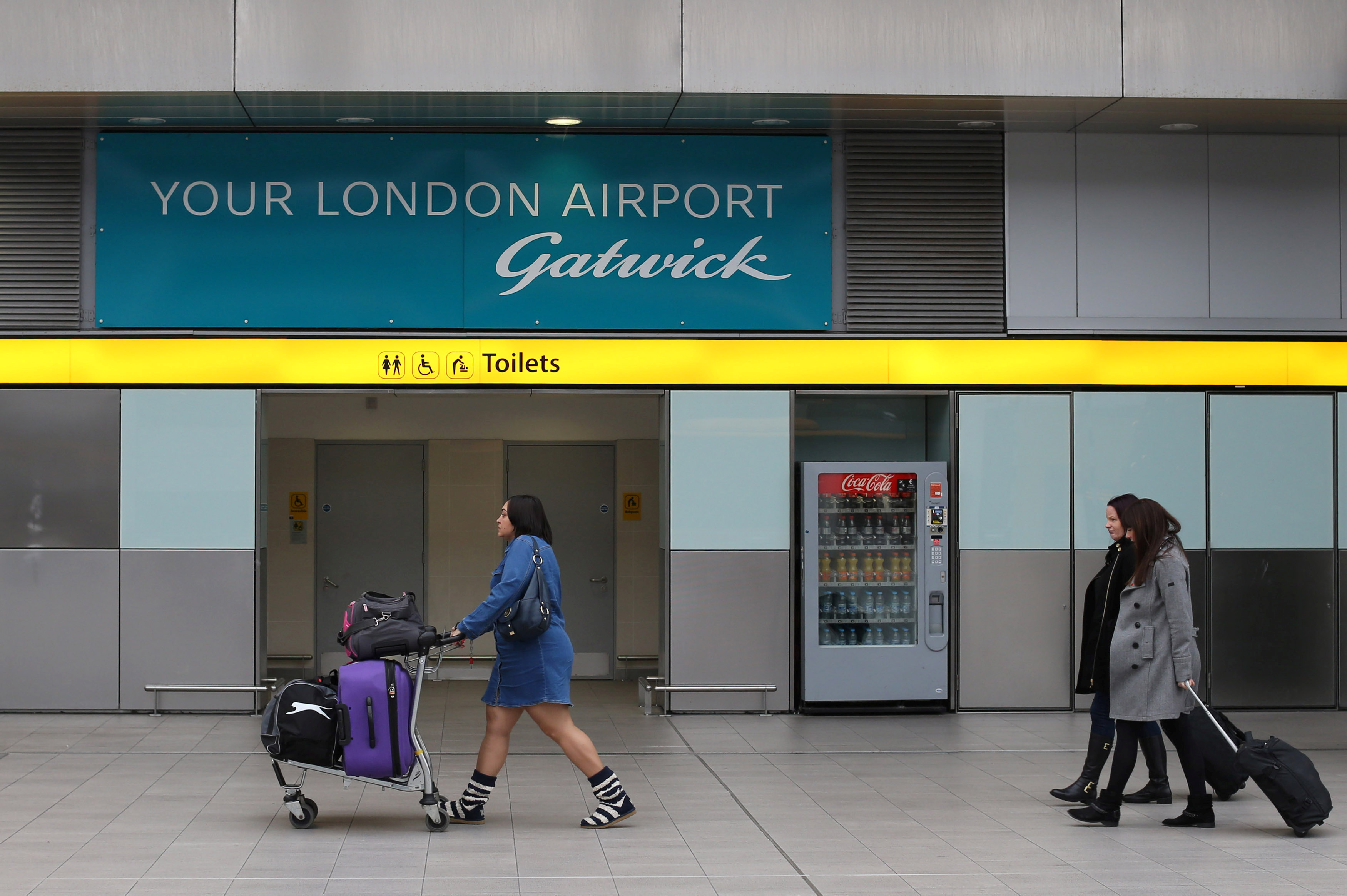 The prosecutor said a security officer thought: "This is it, this is a terrorist attack."

When armed cops arrived, Russell – who was believed to be "aggressive and an immediate danger" – Tasered him in the chest.

He later told the officers he was having a schizophrenic episode.

The court heard that a week before the Gatwick incident, Russell had told ambulance staff that voices in his head were telling him to blow up the airport.

Defence barrister Fiona Clegg said: "What is very clear is that in the proceeding weeks to the incident that his mental health was deteriorating significantly.

"Mr Russell now wishes me to indicate that he is now able to see – whilst he was not at the time – just how alarming this must have been.

"It was not his intention to harm anyone there."

Sentencing the defendant, Judge Jeremy Gold QC said: "Those officers would have had other possibilities open to them, including the use of firearms.

"In many respects you are fortunate to be standing in front of me today.

"They could have dealt with the situation very differently."

He said he was ‘unimpressed’ that Russell had been self-medicating with illicit drugs at the time of the incident.

The defendant was given a 15-month suspended sentence, along with requirements that he attend treatment and rehabilitation programmes.

Indian Covid variant: From symptoms to cases, here's everything you need to know

E-bikes under fire as accidents, fatalities climb in NYC