A LABOUR councillor has been suspended after boasting on Facebook about visiting a "private" doctor for a Covid vaccination.

Jamila Azad, 65, posted photos on social media showing herself and another woman – believed to be her daughter – being jabbed. 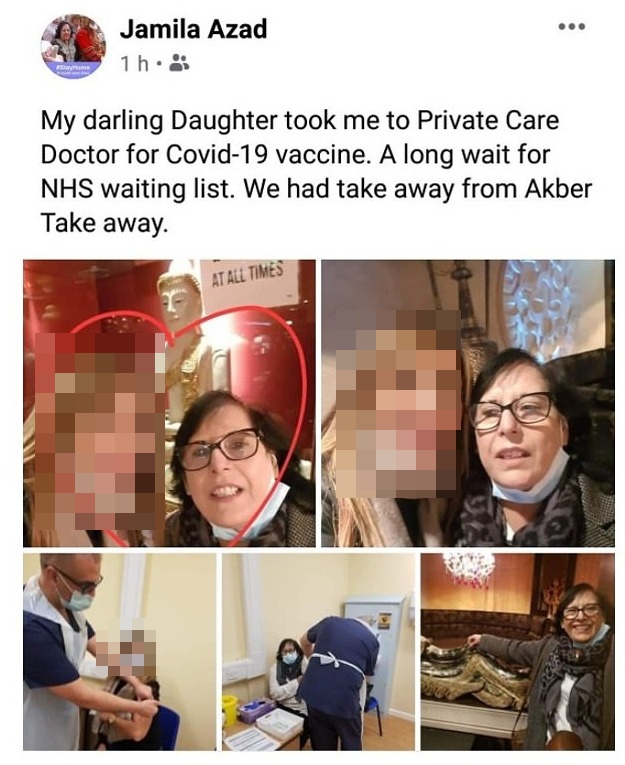 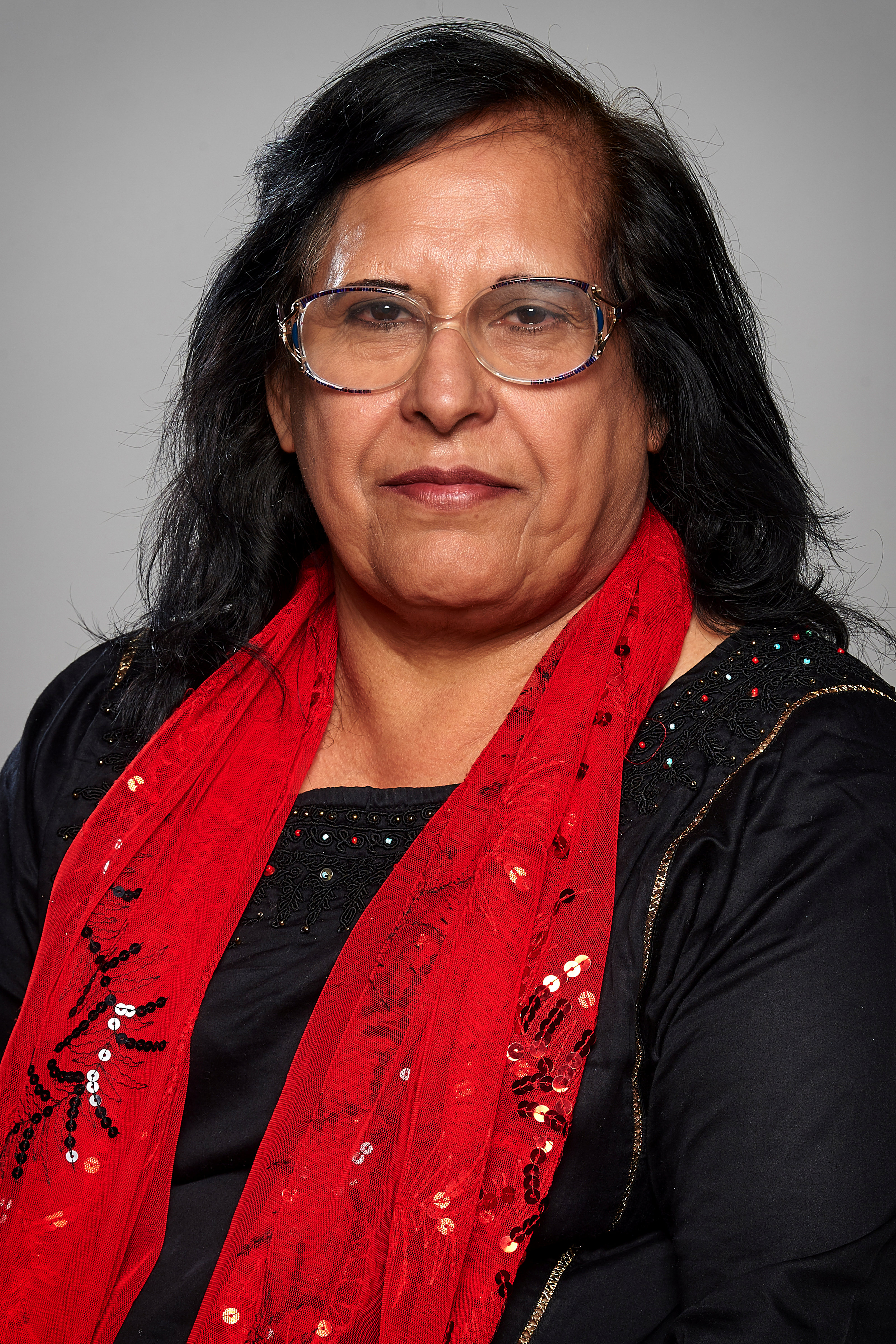 She claimed there had been a "long wait for NHS waiting list" and her daughter took her to a "private care doctor".

The government has said it is illegal to administer the Covid vaccines outside of the NHS.

Ms Azad, an Oxfordshire County and City councillor, is old enough to qualify for a vaccination under the government's current rollout plan.

Her now deleted post last week said: “My darling daughter took me to a Private Care Doctor for Covid 19 vaccine.

“A long wait for NHS waiting list. We had take away from Akber take away.”

Medics wearing PPE appears to be administering the doses to the two women in the photos.

It's not clear where Ms Azad and her daughter, who works in London and the Middle East, may have received the vaccine.

This week, invites started to be sent to people older than 60 asking them to book their vaccination appointments, with more than 20 million Brits – over a third of the all adults – receiving at least one dose so far.

A spokesman for the Department of Health and Social Care said the Medicines and Healthcare products Regulatory Agency (MHRA) had only authorised Covid jabs to be administered through the NHS.

The Government spokesman said: “It would be illegal to administer vaccines outside of the NHS and, if this happened, the MHRA would take enforcement action."

Ms Azad, who represents St Clements and Cowley Marsh on Oxfordshire County Council, and St Clements on Oxford City Council for Labour, has now has now been suspended from the party.

It said: “Following a recent post on her Facebook account about her Covid 19 vaccination, Cllr Jamila Azad has been suspended by the whips of both the Oxfordshire County Council and Oxford City Council Labour Groups, pending further investigation.

“Cllr Azad has now removed the post in question. We will be making no further comment on this matter until formal investigations into it have been completed.”

Lynda Scammell, Senior Enforcement Advisor at MHRA said: "We are looking into the matter to determine whether regulatory offences have been committed.

“Coronavirus vaccines approved for use in the UK are available only via the National Health Services of England, Northern Ireland, Wales and Scotland.

“Vaccines that are not authorised for use in UK, and if purchased from outside the legitimate NHS supply route, cannot be guaranteed to meet standards of quality, safety and effectiveness."

As Prince Louis turns two years old, he shows his support for NHS