The provocative pamphlet shows Boris Johnson shaking hands with Indian PM Narenda Modi — who is Hindu — and warns: "Don’t risk a Tory MP who is not on your side". 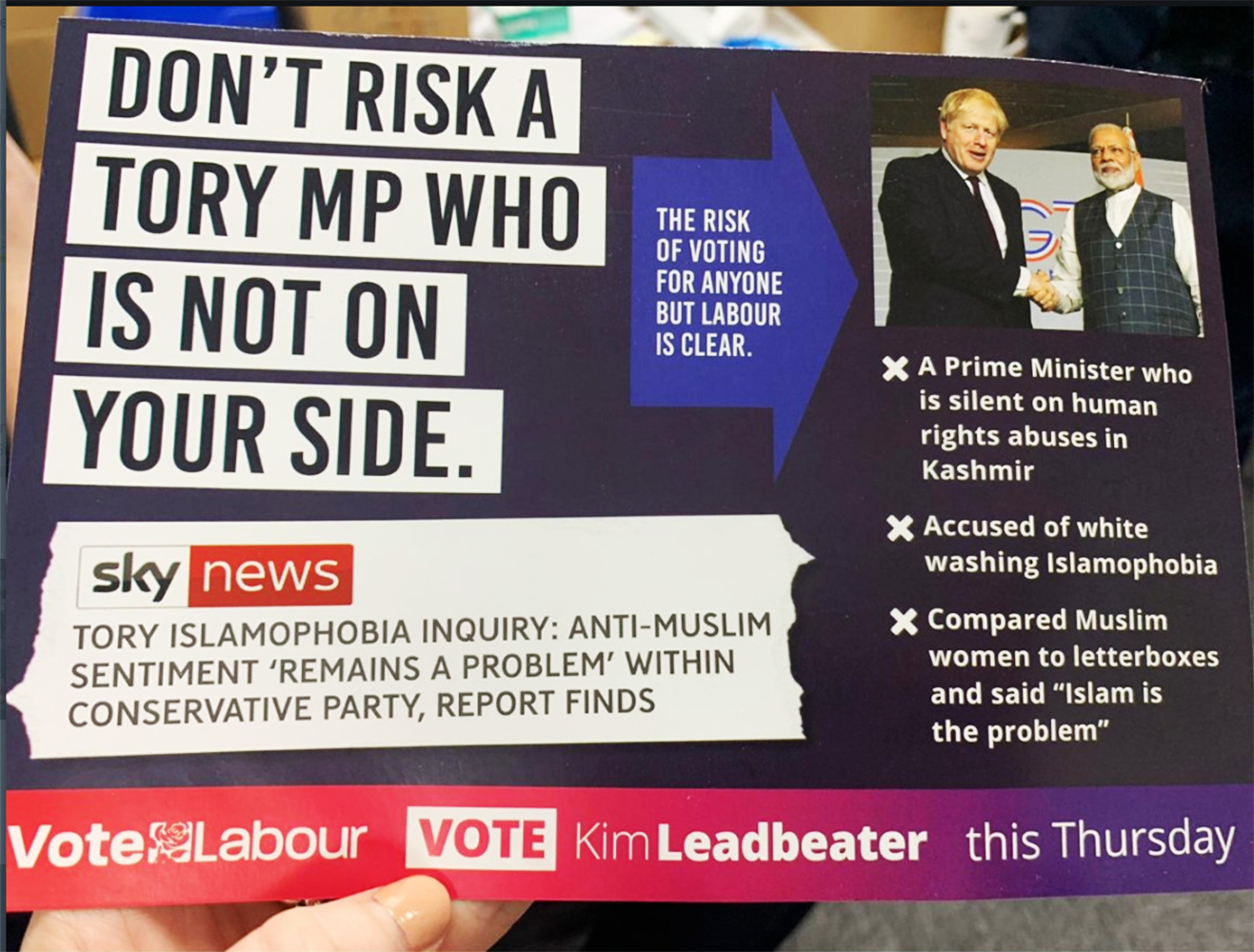 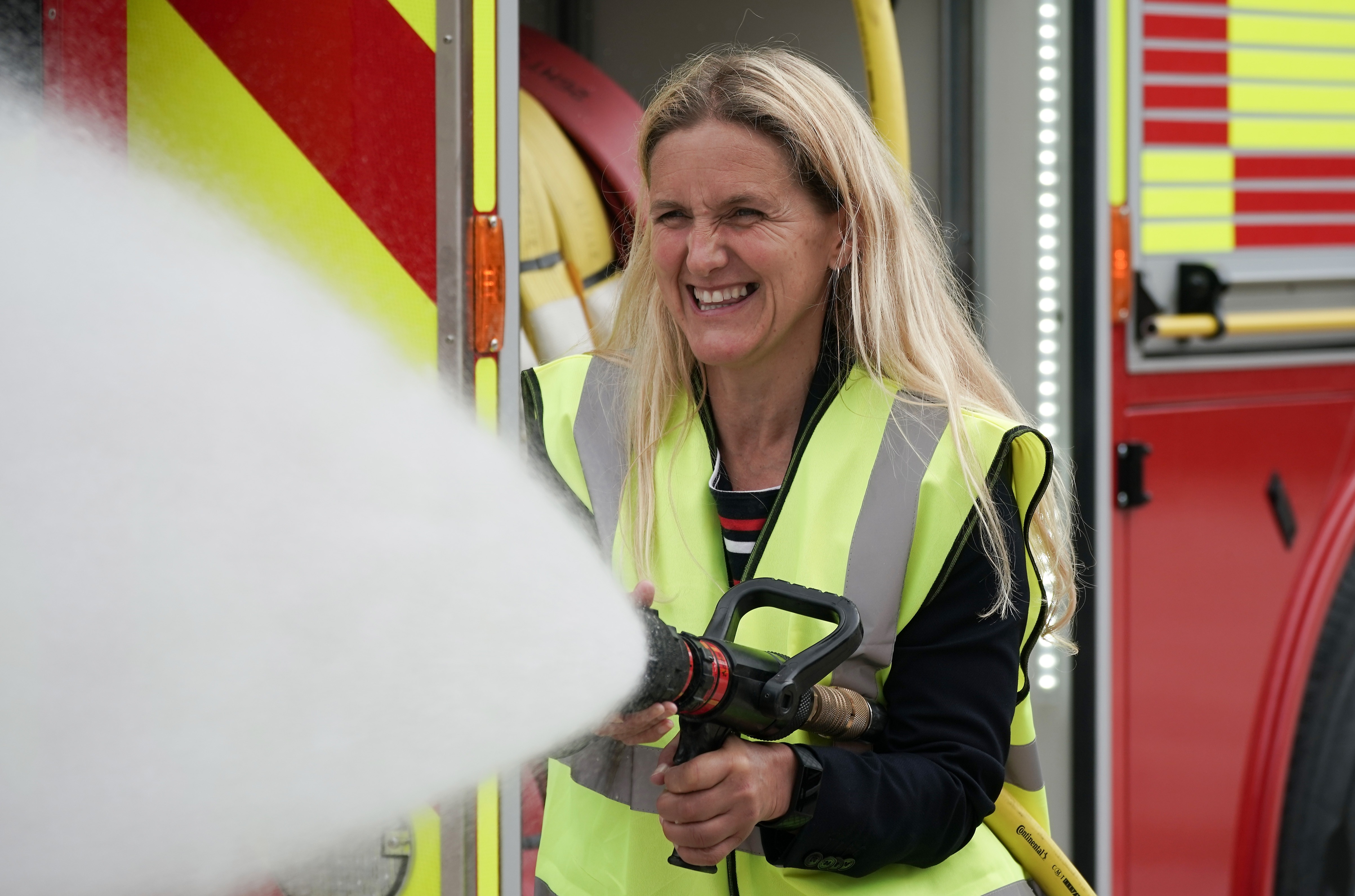 Tensions are at boiling point in the West Yorkshire town, where many voters are of Pakistani-Muslim descent and massive critics of the Indian regime.

Far-left firebrand George Galloway, who is also running in the contest, has spent months playing on these divisions in his bid to snatch the Red Wall seat.

They said the leaflet makes mockery of her claim to try to unite and heal divisions laid bare by the increasingly bitter byelection contest.

This is nasty and divisive politics

"Once again Labour are playing politics rather than focusing on the issues that matter as the country recovers from the pandemic."

Ms Leadbeater is running to protect the legacy of her sister Jo Cox, the late Labour Batley & Spen MP who was brutally murdered by a far-right fanatic five years ago.

But Tories accused her of using the same dirty tactics she has criticised her foes for. 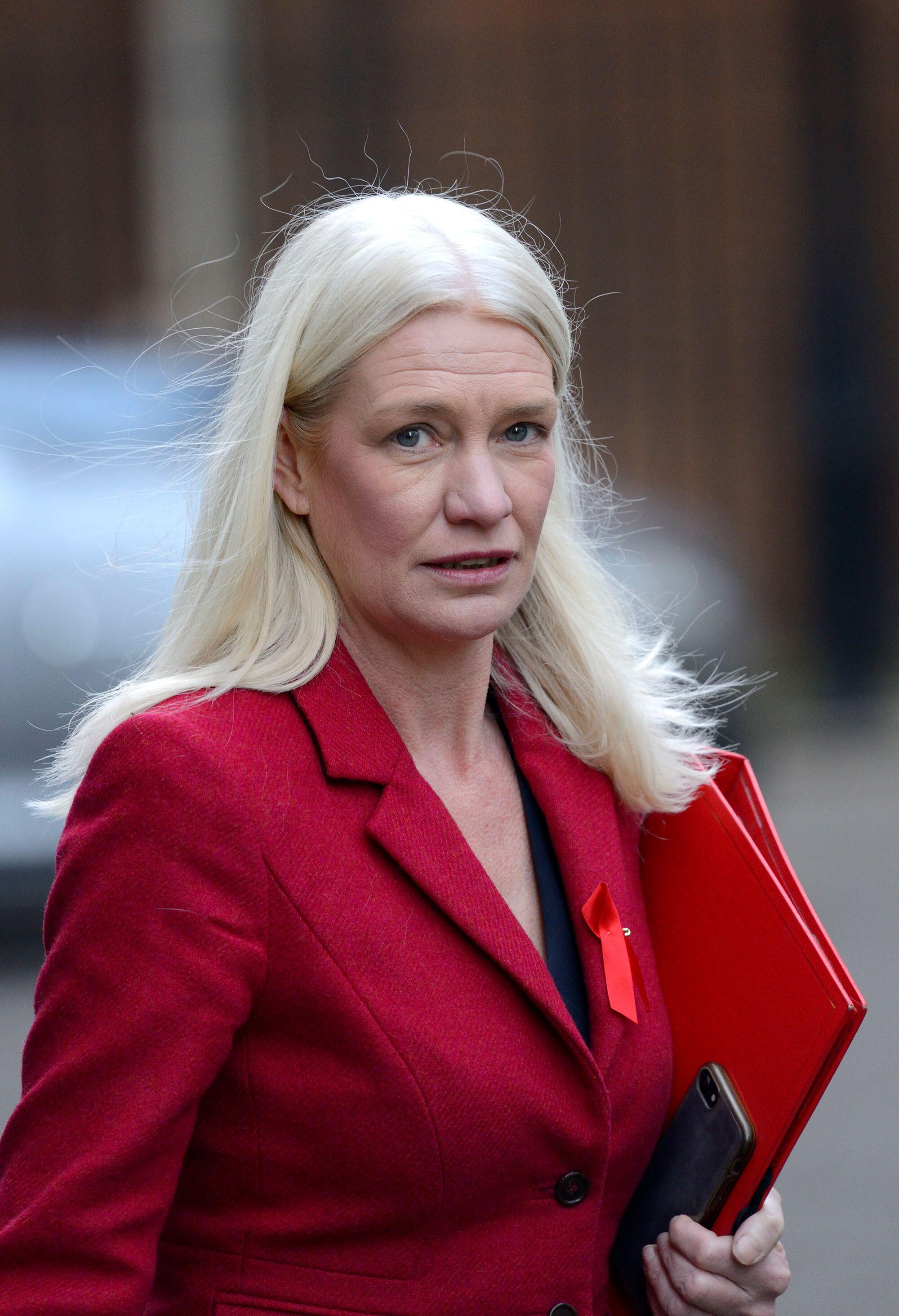 Conservative MP David Morris said: "It is deeply disappointing to see Labour resort to dog-whistle politics in the by-election campaign.

"It stokes division, it is hateful and makes a mockery of the kindler, gentler politics Labour claim they want to pursue.

“Sir Keir Starmer must disown these leaflets and apologise for them.

"If he doesn't then it shows that he is happy to sit back and pander to the politics of division in a desperate bid to hang on to the seat and avoid his own leadership challenge."

Kevin Hollinrake, another Tory MP who has been campaigning in the seat, said: "It is desperate stuff.

"Kim Leadbeater has made some very sensible comments in the past week about stopping all this division. Now she is fuelling that same division. It is deeply divisive." 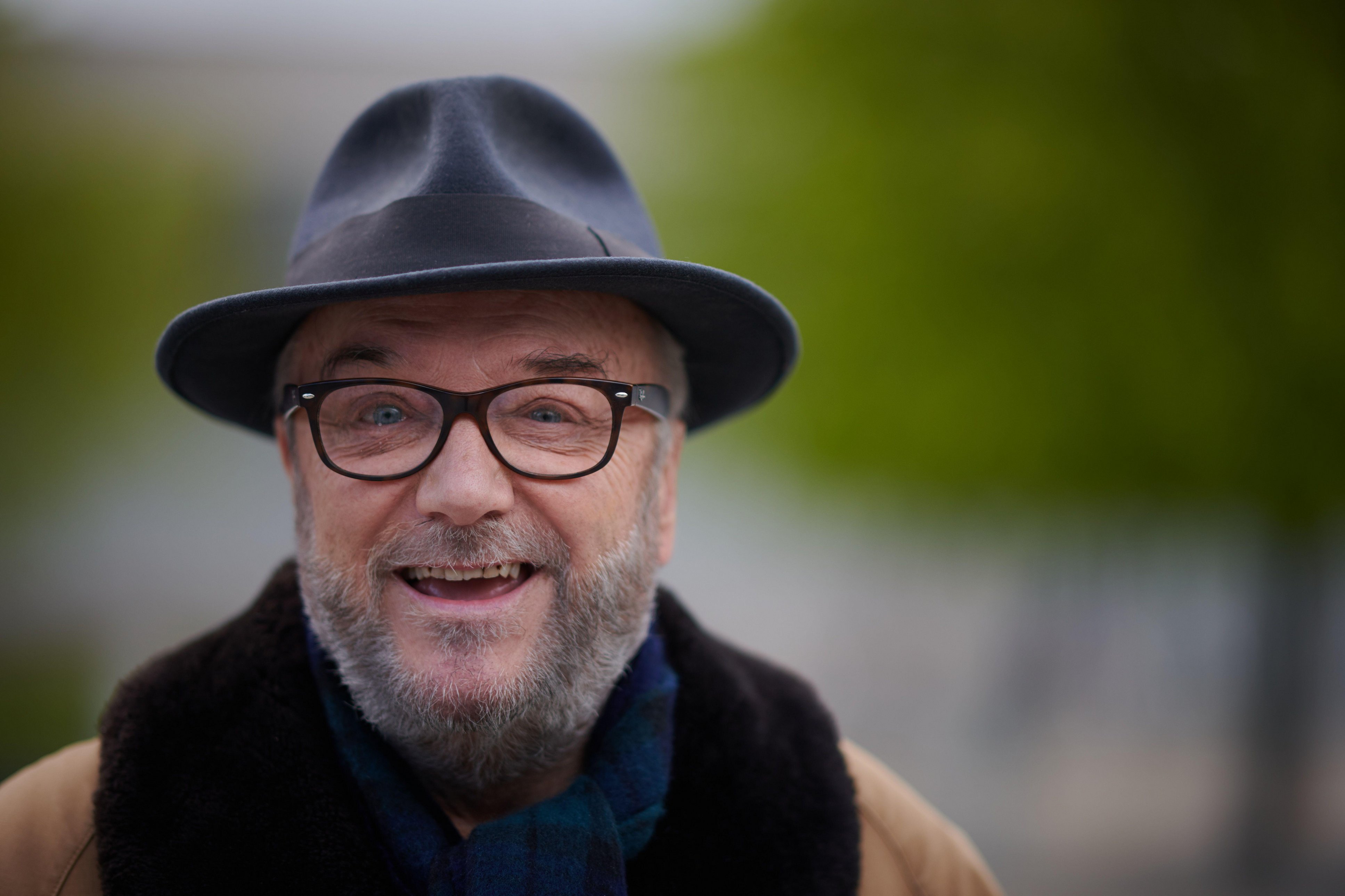