A person waiting at a traffic light recorded the latest chapter of the neverending violence in Mexico as a lawyer was beaten and kidnapped by a group of armed men.

The daylight incident unfolded Wednesday morning after the assailants intercepted the victim’s BMW and left it riddled with bullets on a road in Tonalá, a city in the western state of Jalisco.

In the video, several cars can be seen driving by as the suspects attacked the man while he was lying on ground.

‘Dude, they are going to take him,’ the passenger said. 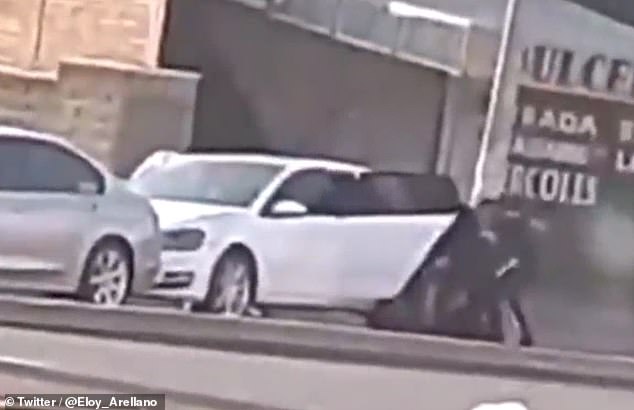 A group of armed men were caught on video tussling with a lawyer who they beat and kidnapped Wednesday in Tonalá, Mexico. The Jalisco State Attorney General confirmed the incident, but would not comment any further as the investigation was ongoing 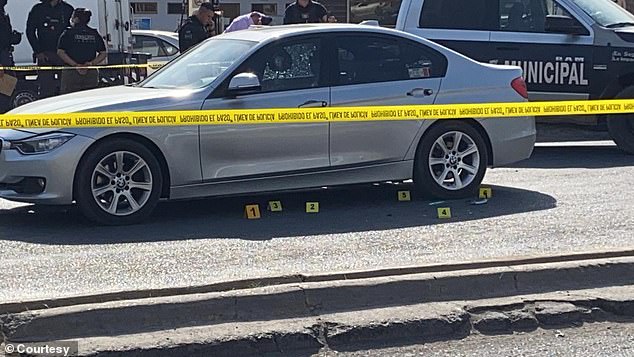 At least three men then lift the lawyer by his legs and feet, and shoved him into the back seat of a vehicle before they fled the scene in two cars.

Jalisco State Attorney General Gerardo Octavio Solís confirmed the incident, but would not offer any additional comment pertaining to the motive except that investigators are looking into his previous cases.

The lawyer remained missing as of Friday. No arrests have been reported. 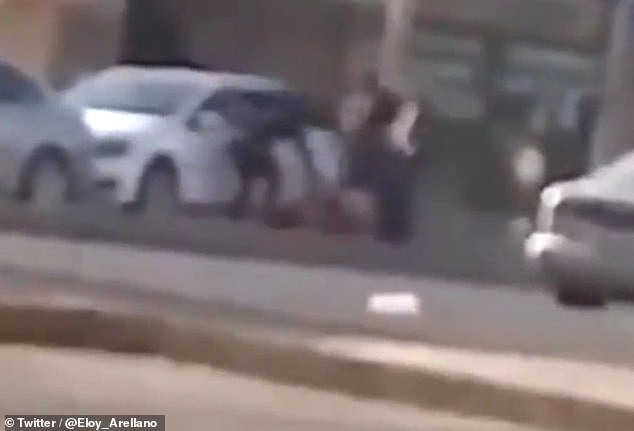 Jalisco State Attorney General Gerardo Octavio Solís confirmed the man seen on video being kidnapped Wednesday morning is a lawyer, but would not offer any additional comment

‘Alto Al Secuestro,’ a non-governmental organization that keeps track of abduction data in Mexico, reported that 223 people were part of 171 kidnappings during the first two months of 2021. Stats for March have not been released yet.

At least five of the victims have been kidnapped in the state of Jalisco.

The central State of Mexico being the worst in the nation with 30 victims accounted for.

What is coronavirus, how does Covid-19 spread and what are the symptoms? – The Sun