]EXCLUSIVE: Linda Tripp, the Clinton sex scandal whistleblower, dies at age 70 ‘after being diagnosed with pancreatic cancer less than a week ago’

Linda Tripp died this morning with her husband and daughter at her bedside, DailyMail.com has learned.

Tripp, whose taped conversations with Monica Lewinsky nearly brought down the Clinton presidency, was diagnosed with pancreatic cancer less than a week ago when she took herself to hospital suffering from stomach pains.

Husband Dieter Rausch and their daughter Allison Foley were the only relatives allowed to be in Tripp’s room in the ICU due to coronavirus protocols.

Speaking exclusively to DailyMail.com, Diane Spreadbury, one of Tripp’s closest friends for more than two decades, described her as ‘a wonderful person’. 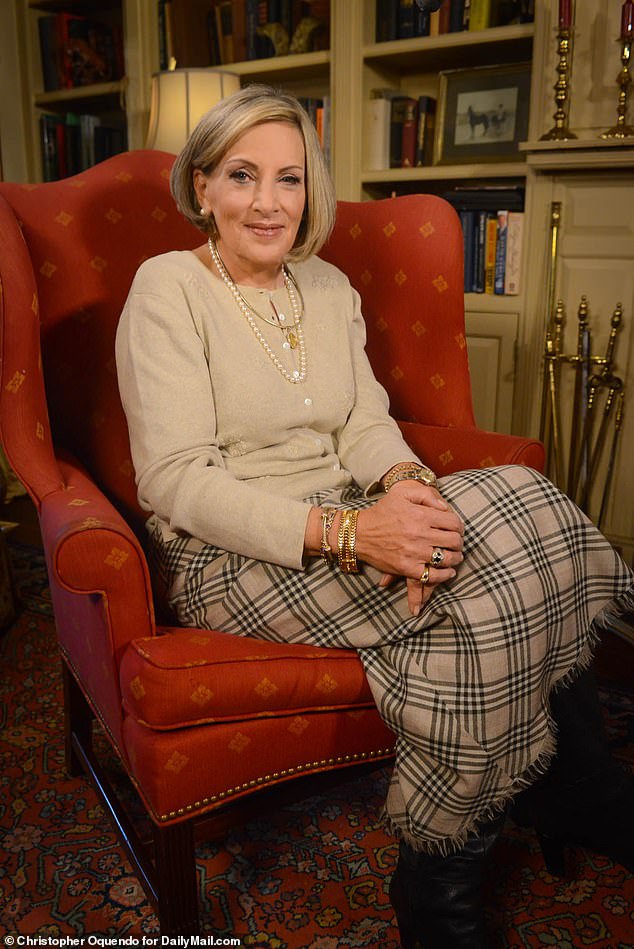 Linda Tripp died on Wednesday morning and a close friend told DailyMail.com that ‘she died with a smile on her face’ 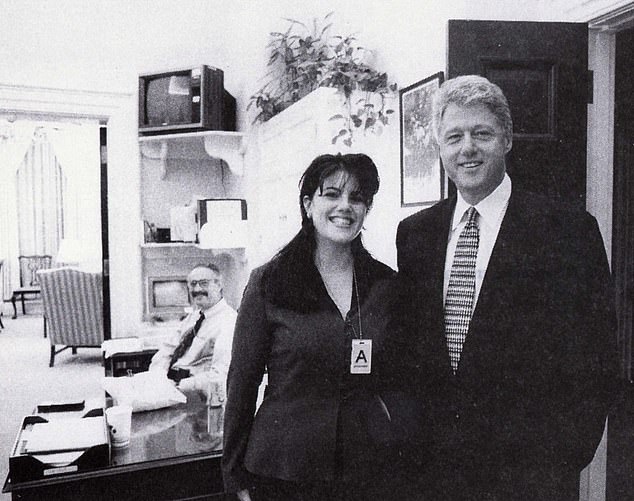 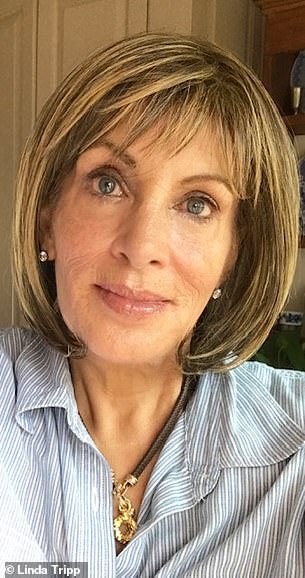 Tripp was diagnosed with pancreatic cancer less than a week ago, DailyMail.com has learned

She said, ‘We were like sisters. I loved her. I’m heartbroken right now.

‘But I’m glad for her that it was very peaceful. I’ve been told she died with a smile on her face.

‘We had discussed death many times and spoke of it together when she faced breast cancer 18 years ago. It wasn’t something that she was afraid of.’

There will be no funeral due to the pandemic but rather a private interment and a memorial service will be held at a later date.

Tripp is survived by her husband Dieter Rausch, her daughter, and a son named Ryan. She had seven grandchildren and described them as the ‘joys of our lives’.

When news of Tripp being ‘near death’ broke, Lewinsky, 46, acknowledged Tripp in her own social media message on Wednesday.

‘No matter the past, upon hearing that linda tripp is very seriously ill, i hope for her recovery,’ Lewinsky tweeted. ‘I can’t imagine how difficult this is for her family.’

In 1999, Lewinsky gave evidence against Tripp after details of their private conversations were revealed to the world.

Lewinsky, 46, acknowledged Tripp’s fate in her own social media message on Wednesday 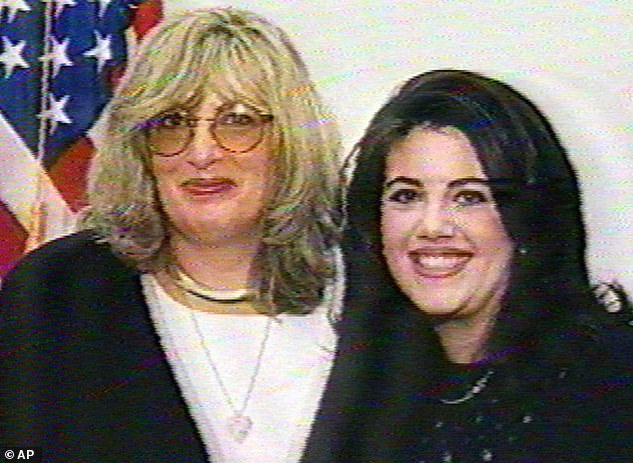 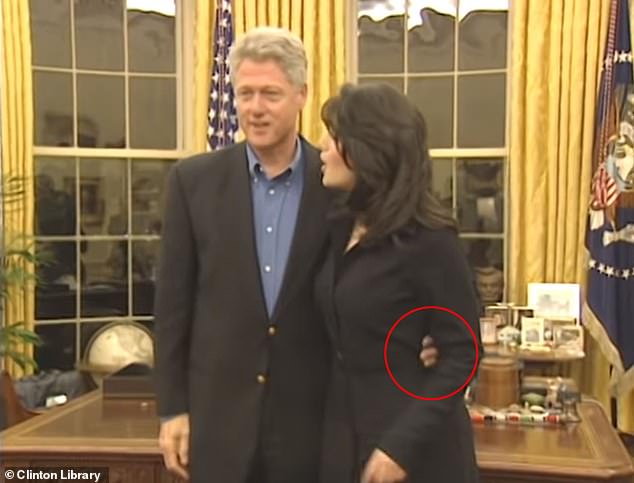 Tripp had grown close to the then-intern at the White House and secretly recorded their conversations.

She eventually revealed that ‘the president has a girlfriend’ and used the recordings to back her up. She opened up on the condition of immunity.

But one recording handed to the media before she was granted immunity got her in hot water. Tripp faced charges for illegally recording Lewinski and providing the tape to Newsweek.

In court at the time Lewinsky spoke of how she felt betrayed and said: ‘I hate Linda Tripp.’

But in 2017 Tripp told DailyMailTV she felt ‘compelled’ to act, though she knew it meant ‘shattering Monica’s dreams’, because she believes Bill Clinton, 71, is a ‘sexual predator,’ with an ‘addiction’.

‘This was part of his pattern where women are a means to an end. It was almost a servicing agreement but she romanticized it,’ Tripp told DailyMailTV. ‘I always say that Monica was 14. Look, she fancied herself in love. He fancied himself entitled.’

Tripp added: ‘She believed that the 15 minute interludes [of oral sex] was all he could spare and Hillary was still hanging around so she hoped that she would somehow disappear. It was all fantasy.’ 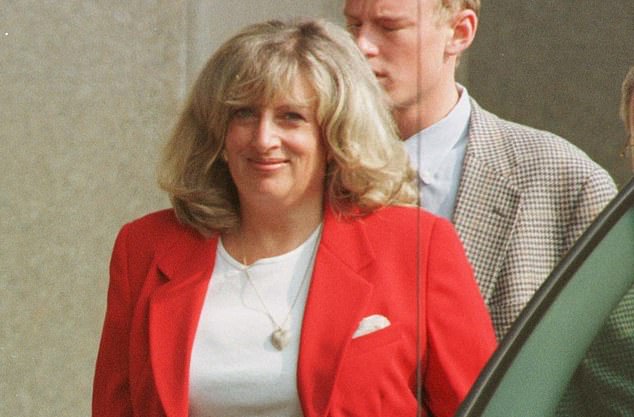 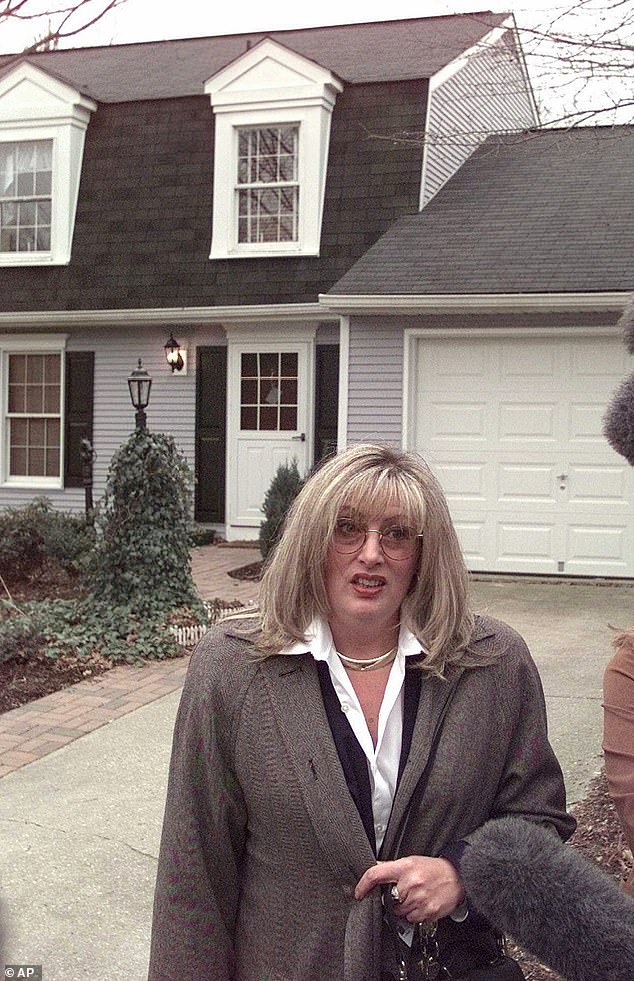 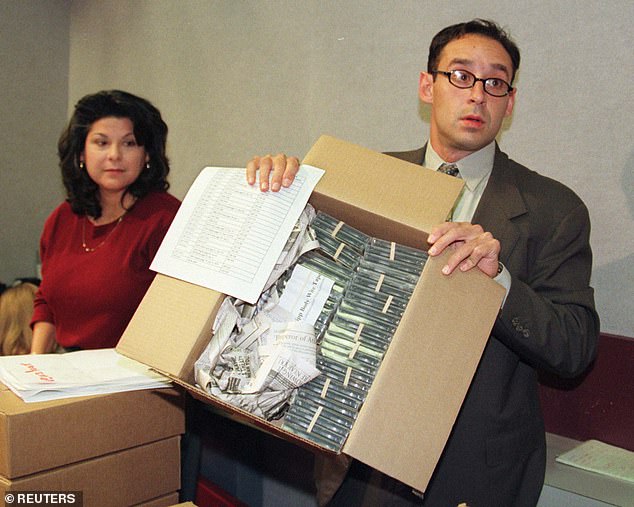 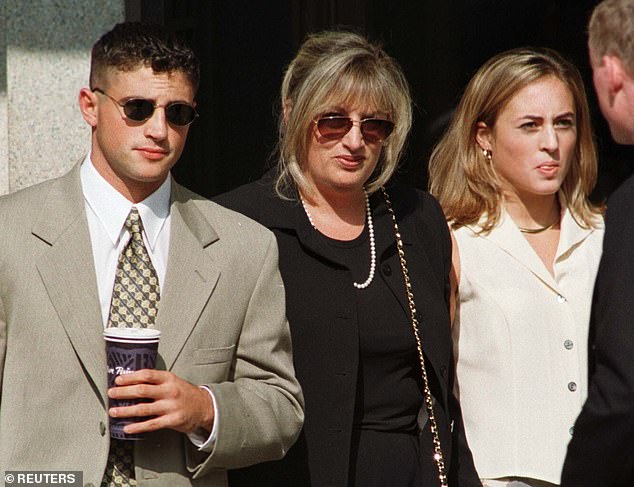 Tripp is accompanied by her son Ryan (L) and her daughter Allison as they arrive at U.S. District Court in 1999. She felt protective over Lewinsky as she had children of a similar age

At the risk of her friendship with Lewinsky and her reputation, Tripp had no regrets about blowing the whistle. She had worked with Lewinsky in the public affairs office of the Pentagon after working with George Bush Sr in the White House until 1993.

Tripp said it had become clear Lewinsky got a job at the Pentagon in April 1996 due to her affair with Clinton.

She advised Lewinsky to keep a blue dress with Clinton semen on as an insurance policy.

‘It was always about right and wrong, never left and right,’ Tripp said at a National Whistleblower Day event in a 2018. ‘It was about exposing perjury and the obstruction of justice,’ she continued. ‘It was never about politics.’

Tripp felt she had to do something because her children were of a similar age to Lewinsky.

At the time, Donald Trump, then freshly divorced from Marla Maples, described Tripp as ‘evil personified’.

Tripp told DailyMailTV in 2017 that she was manipulative by getting Lewinsky to speak about the one-and-a-half-year involvement with Clinton so that she could record it. However she maintained it was not to hurt Lewinsky.

On Wednesday, Tripp’s friend said after her passing: ‘She was often misunderstood but she was a beautiful, bright, talented person.’

In recent years, Lewinsky changed her mind about his feelings toward Tripp.

She wrote in a magazine column in 2018 that ‘Bill Clinton should want to apologize’ for abusing his position, adding she regrets publicly referring to the 1995 to 1997 fling as consensual in 2014, the year she started her column.

Tripp’s lawyers in her Privacy Act suit, Kohn, Kohn and Colapinto Attorneys, paid tribute to the whistleblower in a statement.

‘We are saddened to hear the news that Linda Tripp has died,’ they wrote. ‘Linda understood how people in power can abuse their positions. She had incredible courage. She was faithfully committed to honesty in government. She stood up when others would not. She knew the risks of becoming a whistleblower.

‘Linda often said about her whistleblowing that, “it was never about right or left, it was always about right and wrong.”

‘Like most whistleblowers, Linda was guided by a strong moral compass and inner strength, and supported by a loving family, which enabled her to withstand vicious attacks. She also vowed that she would report the misconduct all over again even in the face of such personal attacks because it was both her duty as a public servant and the right thing to do.

‘Thank you, Linda, for doing what every federal employee is obligated to do: report abuses of power, regardless of personal sacrifice.’

LindaTripp is seen at her home near Middleburg, Virginia in December 2017

2-Month-Old Baby Dies in Hospital After He's Found Unresponsive, and Mom Is Charged with Murder

How Doris Duke, once the richest girl in the world, got away with murder