TORRENTIAL rain is set to lash the UK – and the washout could last until June.

Flood warnings are in place today but wet weather is forecast for at least the next 10 days.

? Read our UK weather live blog for the latest forecasts 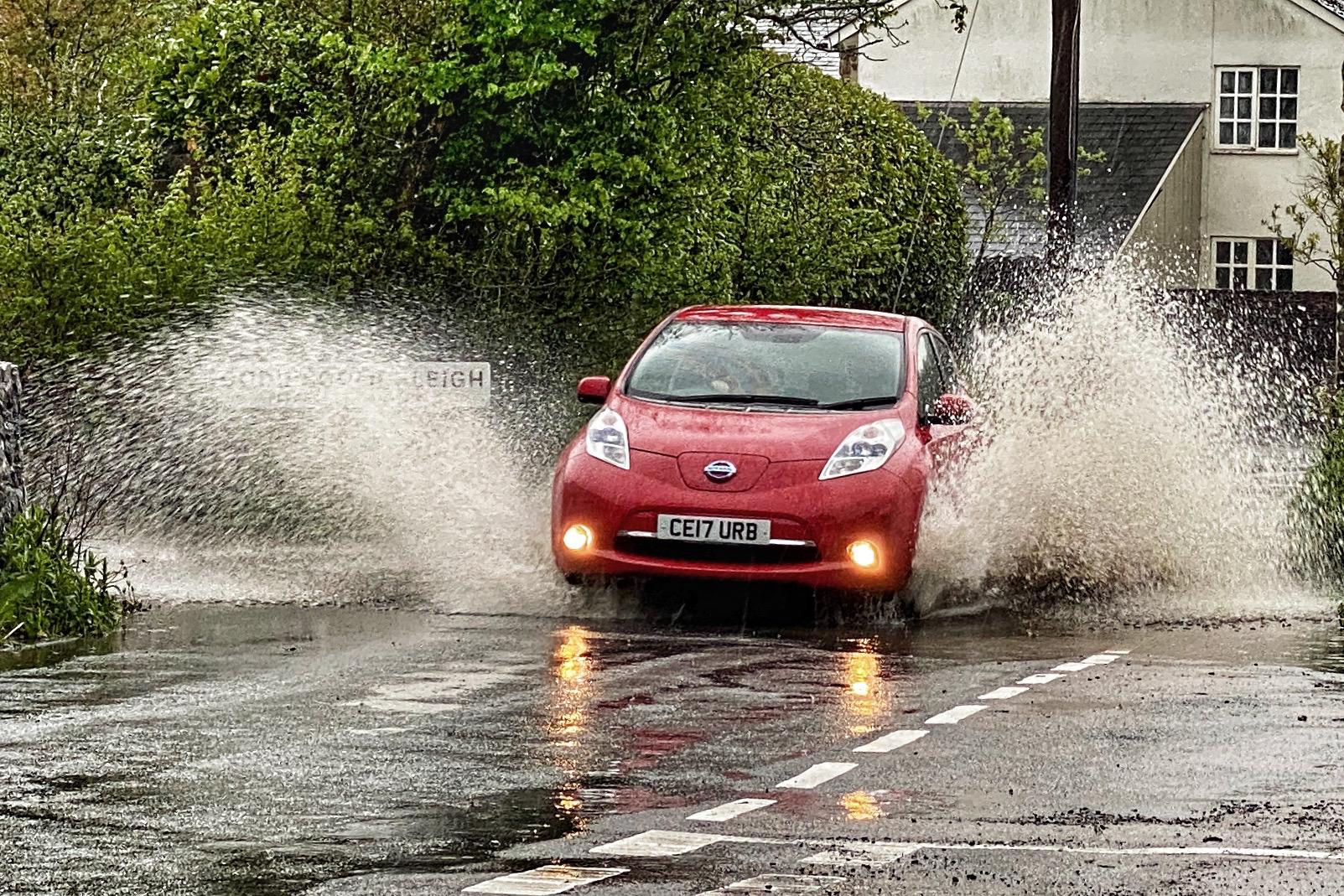 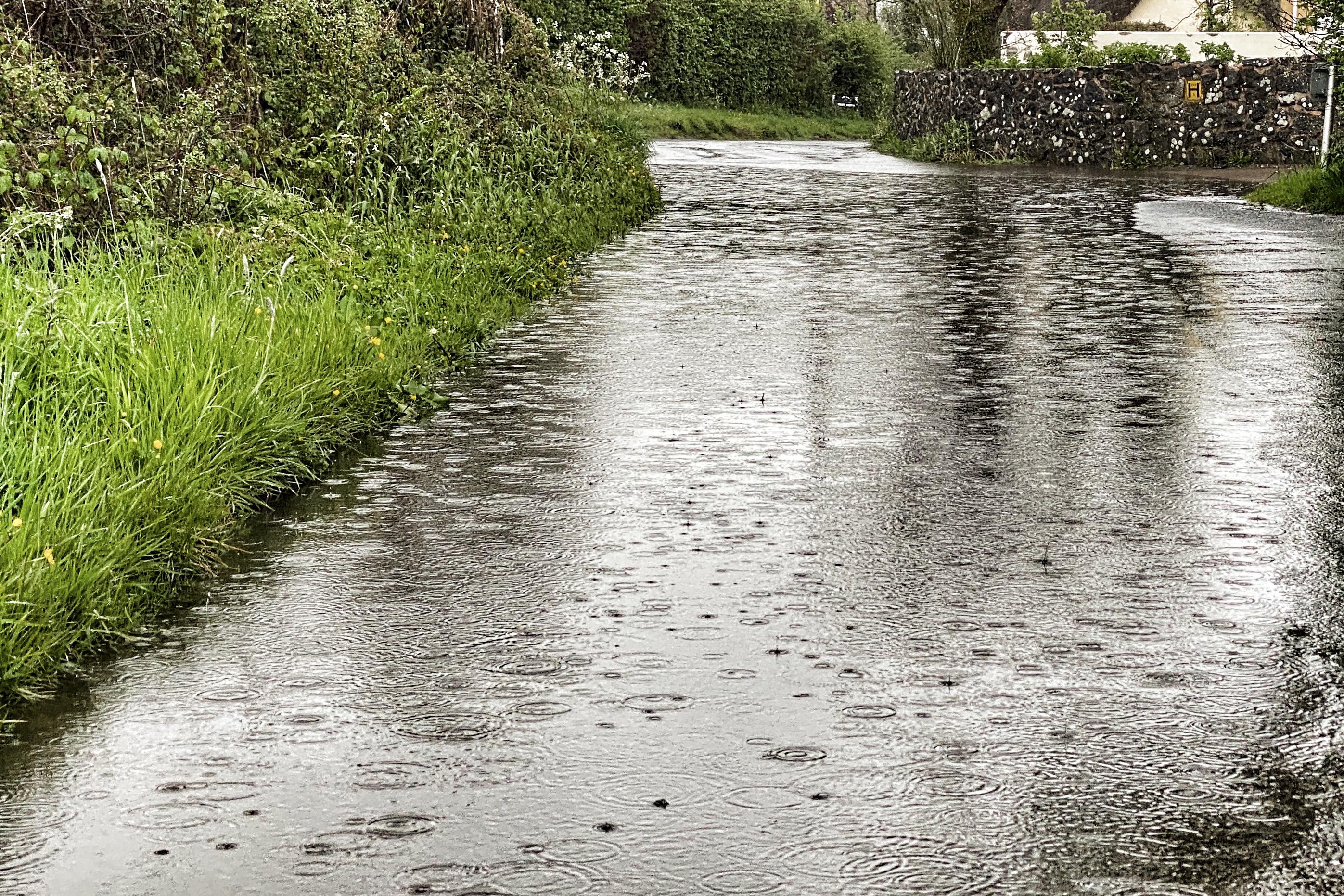 The Met Office has warned much of Britain will be blighted by "heavy and persistent" downpours today, along with chilly temperatures.

Yellow rain warnings are in place in parts of the south west today – wreaking havoc on the roads.

And there are eight flood alerts in force in Devon and Somerset, with locals warned to "be prepared".

Showers will be heaviest across the Midlands and into east Wales this afternoon and most persistent in southwest England, according to the Met Office.

There is also a risk of thunder in Northern Ireland, with things drying up slightly overnight.

The mercury will struggle to reach above the mid-teens today, with top temperatures of between 15C and 16C in York and Peterborough. 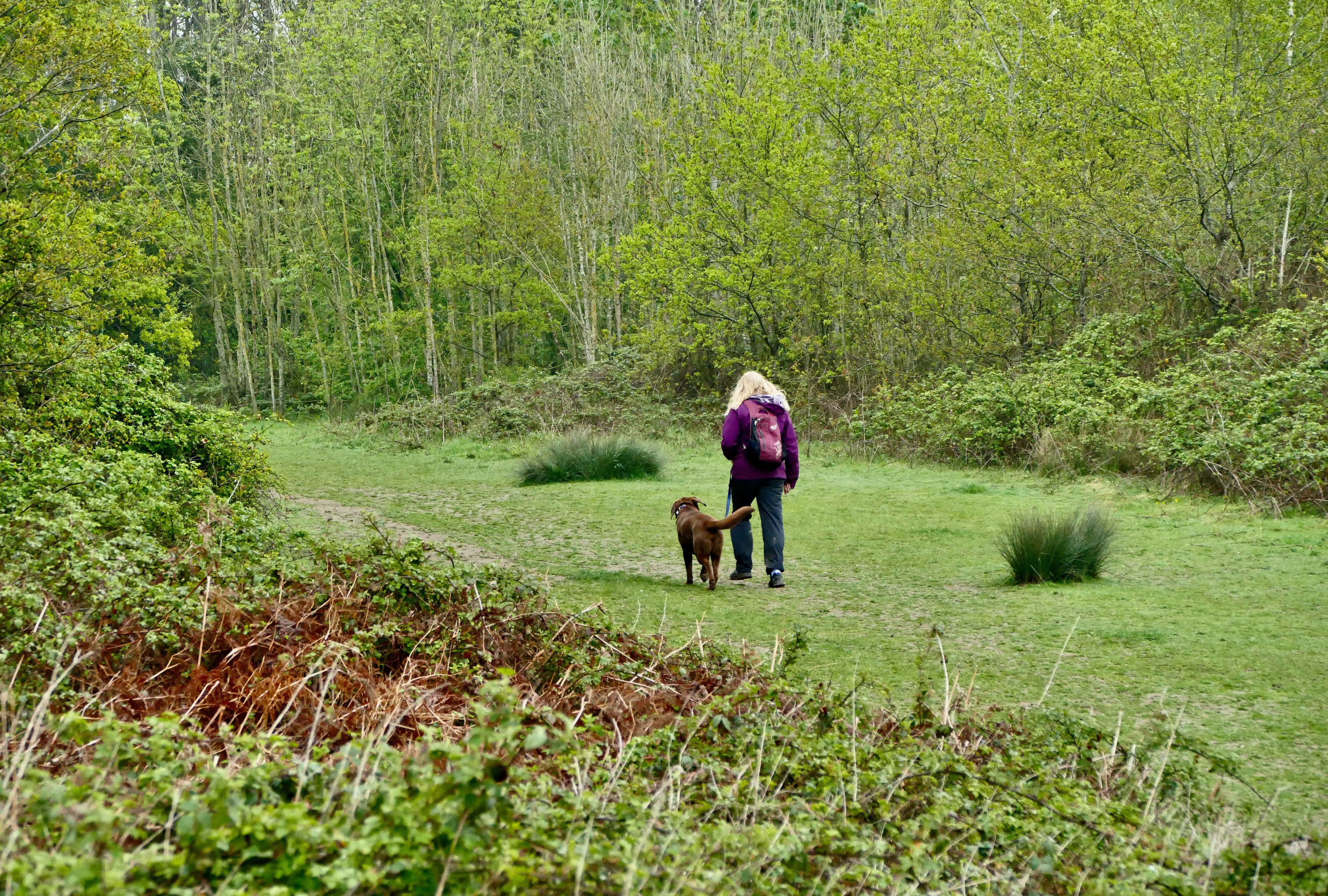 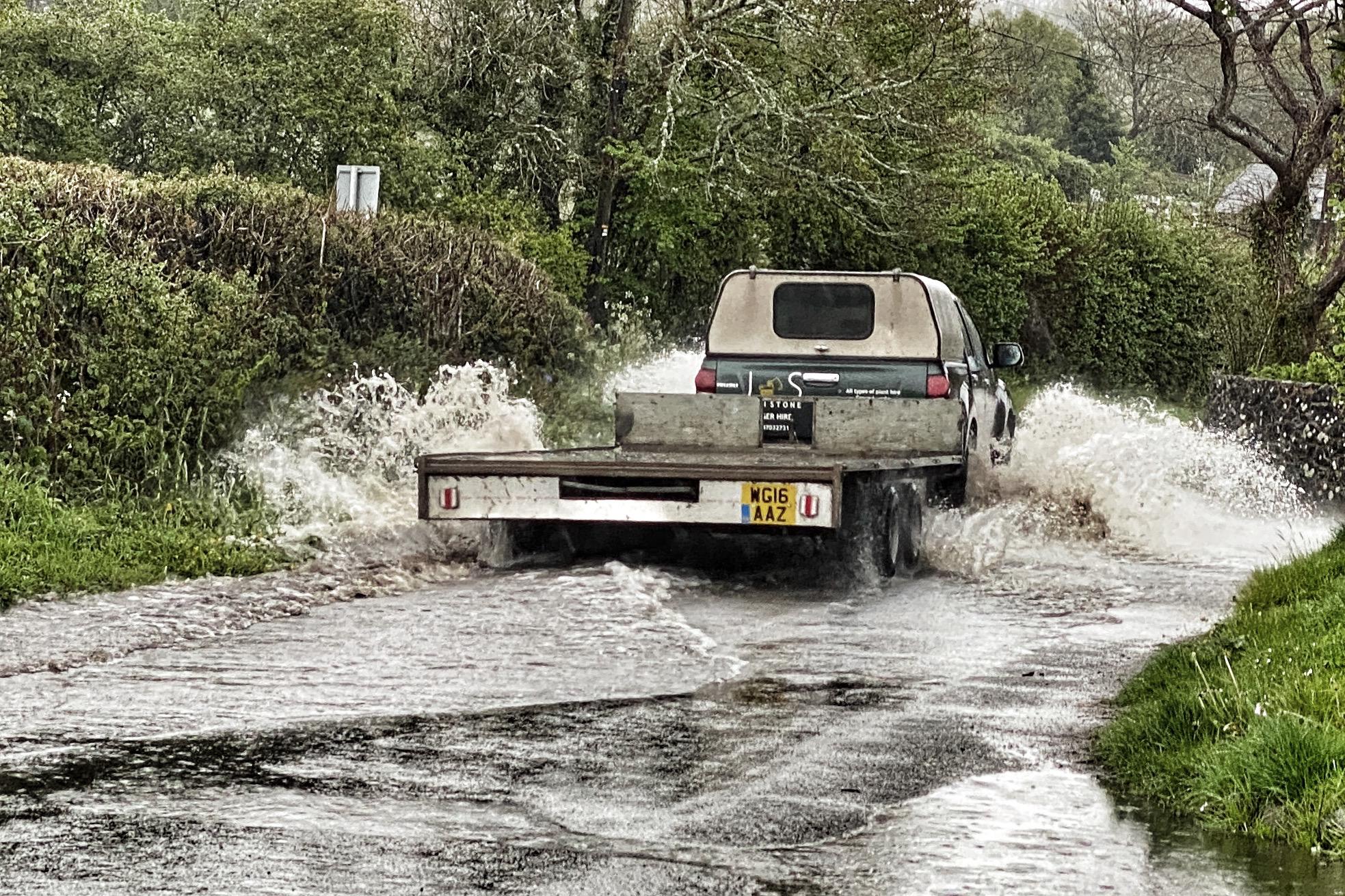 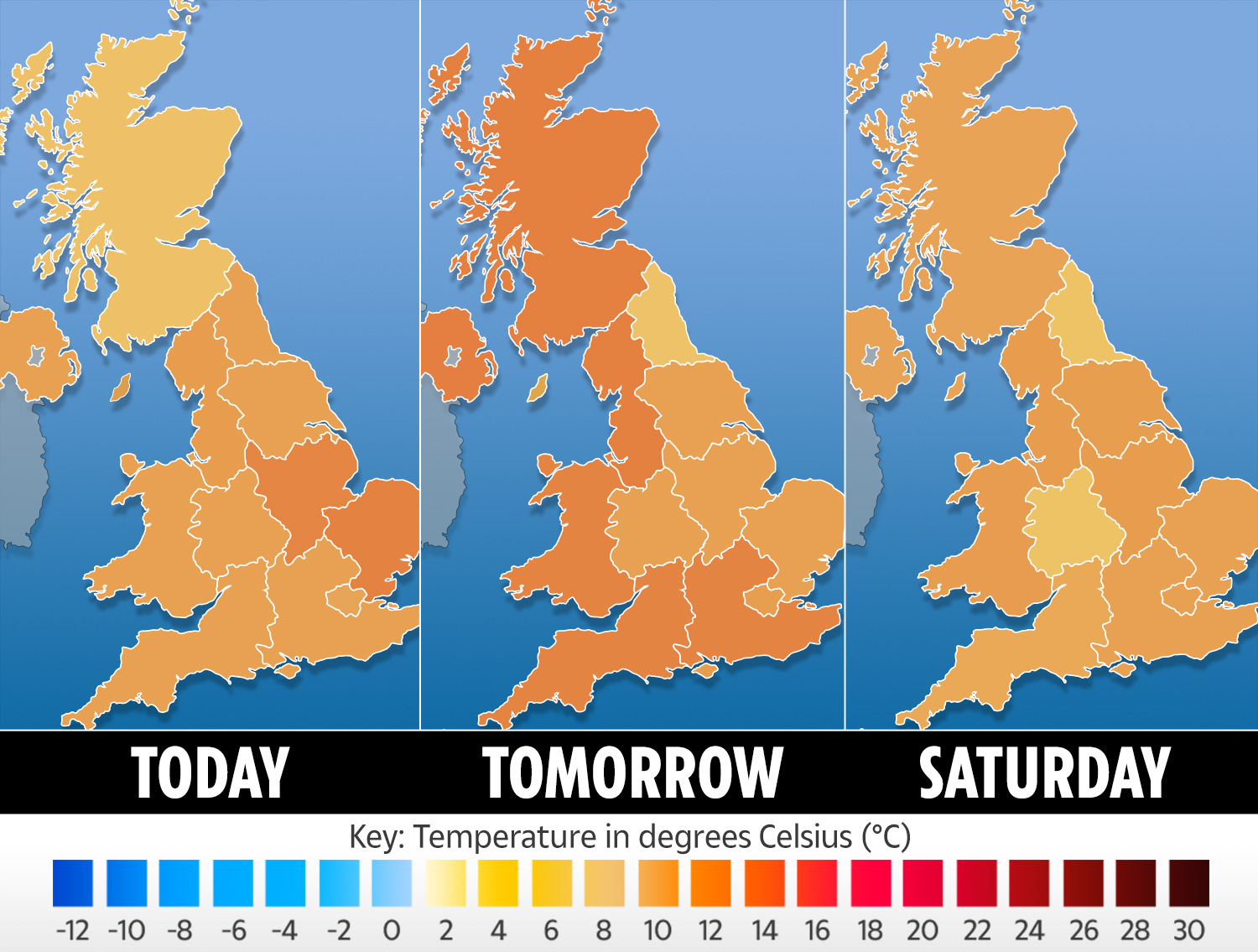 Tomorrow is looking slightly brighter, but "fairly cloudy" for eastern and northern parts.

But there will be showers in Wales, southern England and Northern Ireland – where they will be heavy and thundery.

Weather charts show up to 57mm of rain could have have fallen by Sunday.

And the Met Office has said Brits can expect damp conditions to last well into next week and perhaps beyond.

Forecaster Aidan McGivern said: "Yet more showers to come on Thursday with some more prolonged rain in places, especially the southern half of England and Wales.

"Persistent and heavy rain. In total 30mm in places, perhaps more in one or two spots.

"Expect some wet weather through Wales, central and southern parts of England, but showers will kick off elsewhere.

"There will be some heavy downpours in northern England and Scotland.

"Into the weekend, further rain or showers are expected across all areas on Saturday and Sunday, and it stays slightly cooler than average." 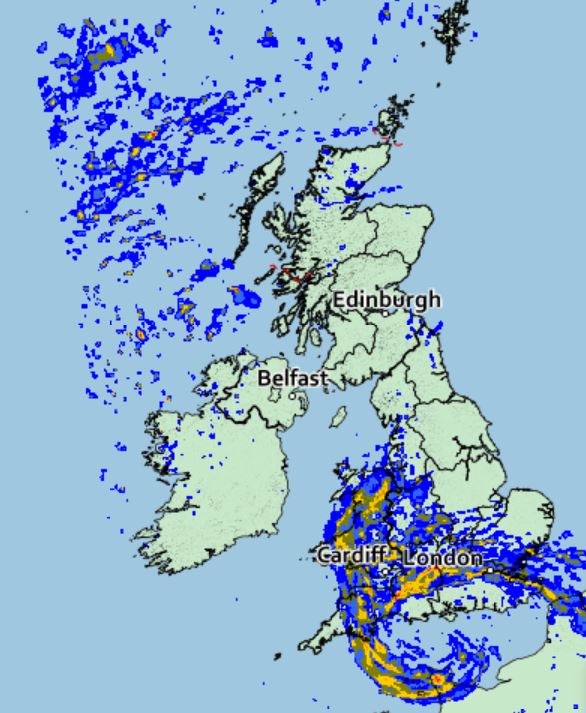 It is a major blow for Brits hoping for some much-needed sunshine as Covid lockdown restrictions ease.

Met Office spokesman Oli Claydon said "unsettled conditions" will continue until at least two thirds of the way through the month, with the south getting the bulk of the showers.

But he said things could be drier and more settled come June.

With more heavy rain on the way, bookmakers Ladbrokes today cut odds from 6/4 to just 4/5 on this going down as the wettest May ever.

Ladbrokes' Alex Apati said: "It looks like we're in for a record-breaking, miserably wet May, with heavy rain continuing to batter Britain."

But Scotland recorded its wettest May in 2011.

Coronavirus testing shortage is down to second wave that will only get worse, warns Oxford prof