Military could be drafted into help maintain order at prisons with 3,500 staff already self-isolating after coronavirus crisis lead to riots and violence in Italy’s jails, says union chief

Soldiers could be brought into prisons to control fears of increased violence during the coronavirus pandemic.

Staff shortages mean police forces are unable to help in jails, so members of the military may be drafted in to try and maintain order instead, a union chief claims.

Dave Cook, from the POA, told LBC that prisons are a ‘pressure cooker’, with inmates locked up for 20 hours per day, and numbers that mean social distancing measures are ‘almost impossible’ to enforce. 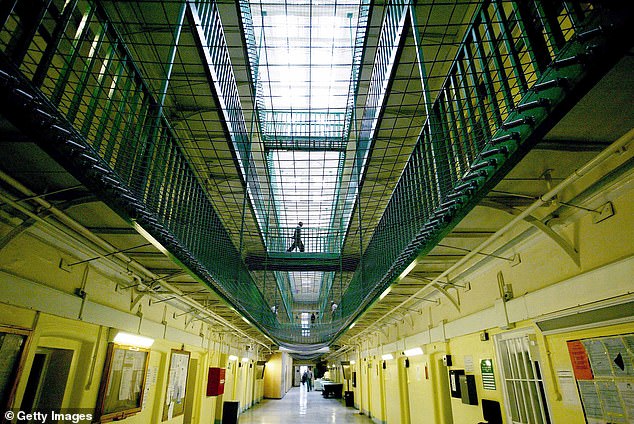 Prison are a ‘pressure cooker’, with inmates locked up for 20 hours per day, and numbers that mean social distancing measures are ‘almost impossible’ to enforce, a union chief claims

A Government source confirmed that use of the military is being considered among several different options.

Mr Cook said: ‘The longer that it goes on, then the chance of violence and disorder increases. You only need to look at Italy.

‘Coronavirus went into every prison in Italy and they suffered riots and hostage-taking and everything else, so that is what the Prison Service are trying to avoid or trying to keep a control against, but as staff get contaminated – and they will – then the number of staff available will start to drop off.

‘It then becomes harder to let prisoners out of their cells, so that they can phone their families and have exercise and that sort of stuff.’

Unless some lower risk prisoners are released the military may need to be drafted in to help keep order, he said. 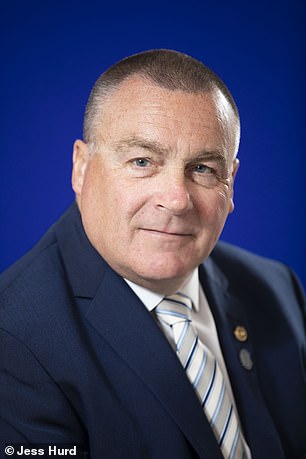 Dave Cook of the POA, pictured, says the military could be brought in to control fears of increased violence during the coronavirus pandemic

There are already plans in place to grant pregnant inmates temporary release to protect them and their unborn children from Covid-19.

As of 5pm on Monday, 65 inmates had tested positive for coronavirus in 23 different prisons in England and Wales.

Mr Cook said: ‘The Prison Service does have contingencies for the loss of staff and normally we would call upon the police to come in and assist in prisons, however, the police made it quite clear, they’re suffering the same problems that everybody else will.

‘The police officers will contract the virus, so they’re facing a lack of staffing as well, so the alternative is that they’ll be turning to the military and I’m aware that some military have been trained on some of the basics of working inside prisons.

‘They’re unlikely to be working close, face-up with the prisoners. They will be working somewhere within the prison.’

Around 3,500 prison staff – representing about a tenth of the workforce – are in self-isolation due to suspected Covid-19.

Some 14 employees have tested positive for the virus in eight prisons, as well as four prison escort and custody services staff.

A Prison Service spokesperson said: ‘We have robust and flexible plans in place to protect the lives of our staff, prisoners and visitors, based on the latest advice from Public Health England and the Department of Health and Social Care.’

Bond for Evelyn Mae Boswell’s mom remains at $150,000 after being indicted on 11 counts in death of little girl – The Sun