‘Barbaric’ gangland enforcer, 24, who charged £10,000 to blind victims and threw a container of acid in a victim’s face is jailed for 24 years

A ‘barbaric’ gangland enforcer who plotted to blind people with acid and carried out a horrific attack which left a man with life-changing injuries was jailed for at least 24 years.

Jonathan Gordon, 24, took his instructions from an unidentified boss of an organised crime group (OCG) on the encrypted communications platform EncroChat.

Gordon, a member of the ruthless Deli Mob in Liverpool, charged £6,000 to commit an acid attack and £10,000 to blind someone,

He threw a container of acid in man’s face after laying in wait outside his home in Milton Street, St Helens, on April 14, 2019. 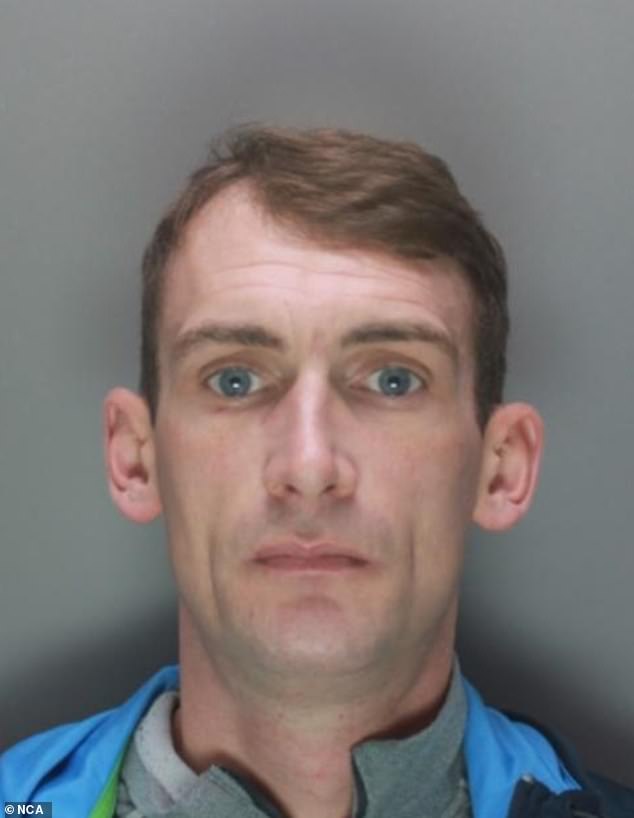 Jonathan Gordon, 24, took his instructions from an unidentified boss of an organised crime group (OCG) on the encrypted communications platform EncroChat

The victim managed to get back inside his house and doused his face with water.

He regained partial vision in one eye months later after extensive medical treatment and identified Gordon at an identity parade.

But the man has said his ‘health and recovery teeter on a knife edge’.

In a heart-rending victim impact statement, the victim described the terror and agony of the attack.

He said: ‘My skin felt like jelly. As I washed my face it felt as if my skin was falling off my face. My eyes and skin continued to burn and I was in agony.’

The victim said he was ‘left in a world of darkness, depression and dependency’.

He said: ‘I thought first about my family.

‘They needed me, but I couldn’t support them in the state I was.

‘I worried that I would forget my children’s faces. I thought about the fact they would age and their faces would change, but I would only ever know them as children. 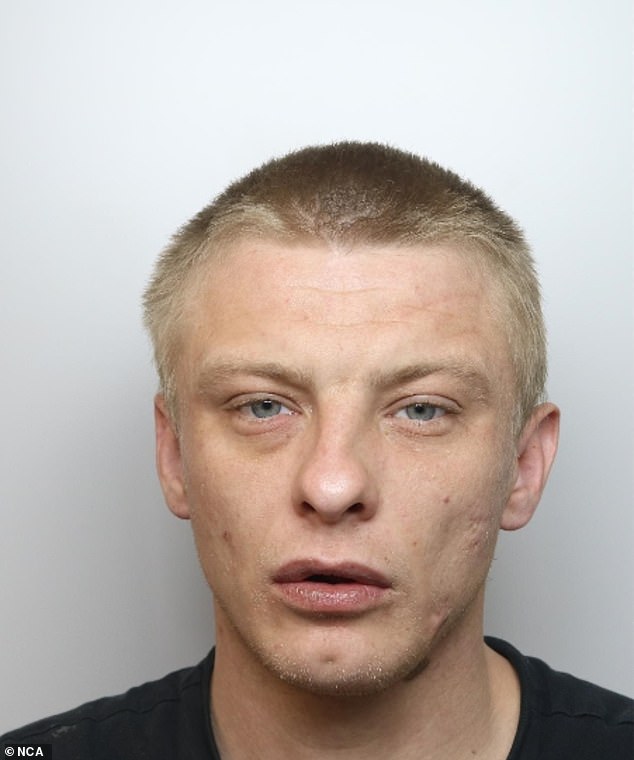 Stephen Wissett, pictured, of Ellesmere Port, Cheshire, had admitted conspiracy to commit GBH as part of the acid throwing team. He was sentenced to 12 years and six months 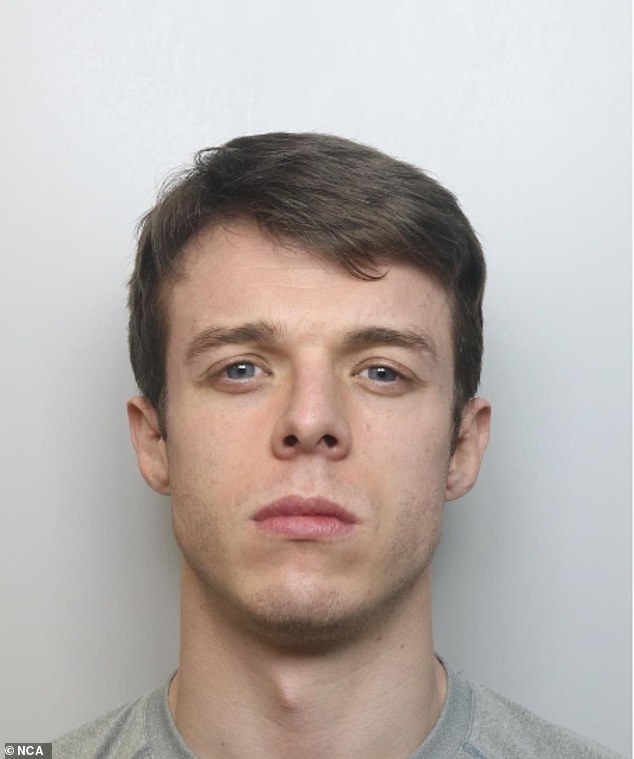 Dylan Johnston, pictured,  of Ellesmere Port, was convicted of conspiracy to possess a firearm with intent to endanger life, and conspiracy to commit grievous bodily harm. He was jailed for 18 years

‘I’d never see their school play. They would bring me painting and drawings home from school and I would pretend I could see the picture in front of me.’

Gordon, who used the handle Valuedbridge on EncroChat, planned a second acid attack on a man in Blackpool after his his boss said he needed ‘a good litre on him’.

But the attack was cancelled during the first lockdown when the roads were empty and the gangsters were worried about police spotting their stolen car.

Gordon, from Kirkdale, planned a third acid attack on a man in Birtles Road, Warrington with Dylan Johnston, 27, and Stephen Wissett, 28, on April 6, 2020.

The house had CCTV and they decided to return the next day in disguise.

But they were approached by Merseyside Police patrol officers in Liverpool and ran away, leaving a stolen Ford Fiesta behind.

The car was seized and forensic examination found Wissett’s DNA on a Lucozade bottle, the steering wheel and a pair of gloves. Johnston’s DNA was on another pair of gloves. 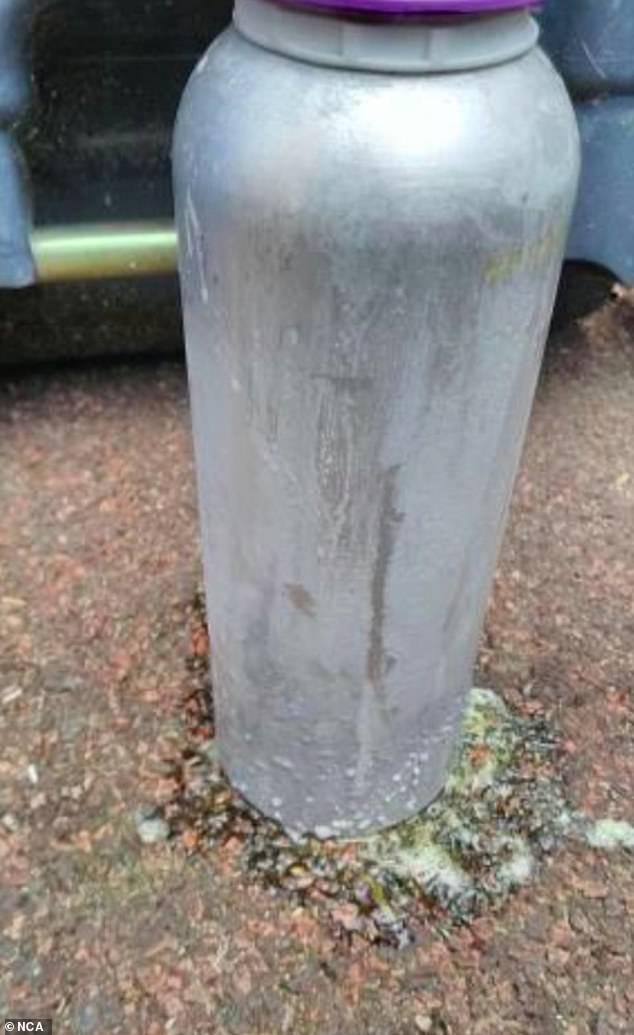 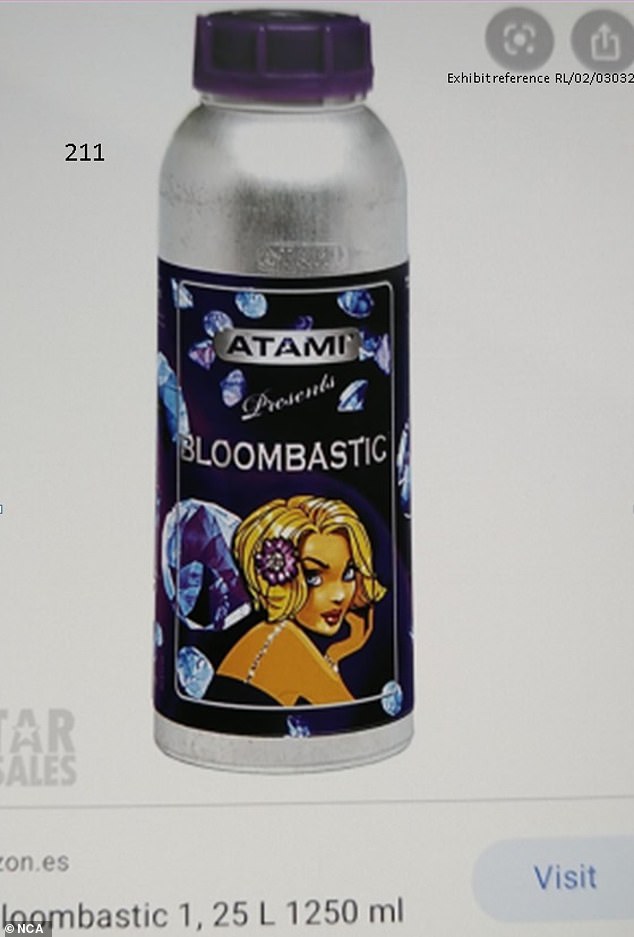 EncroChat was taken down in 2020 with international law enforcement able to access messages criminals had sent and the National Crime Agency launched Operation Venetic.

Encrypted messages showed Gordon was taking instructions from the unidentified crime boss who ordered Gordon to go back to Birtles Road and ‘cook’ the intended victim with acid.

NCA investigators also discovered through EncroChat messages that a hand grenade was previously left in the front garden of the house in Birtles Road.

EncroChat messages also showed Gordon had a street gunfight on 24 January 2020 with an unknown man.

Cell site evidence showed Gordon’s mobile phone was in Wilburn Street, Liverpool, around midnight, and Gordon also sent his boss a message saying he ‘let off a clip in the street’.

Officers attended the scene and found a kicked-open front door to a house with Gordon’s DNA on it and on the handle of the back door.

Messages also showed that Gordon was involved in another gun fight on 25 May 2020 after a bullet from a Grand Power handgun went through the bedroom window of an elderly couple’s house in Carisbrooke Road, Liverpool.

Gordon was also involved in a plot with Johnston to shoot up a property in Reaper Close, Warrington, on 20 March 2020.

He was jailed for life with a minimum of 24 years and eight months. He will remain on parole for the rest of his life.

‘You have reached the depths of inhumanity.’ 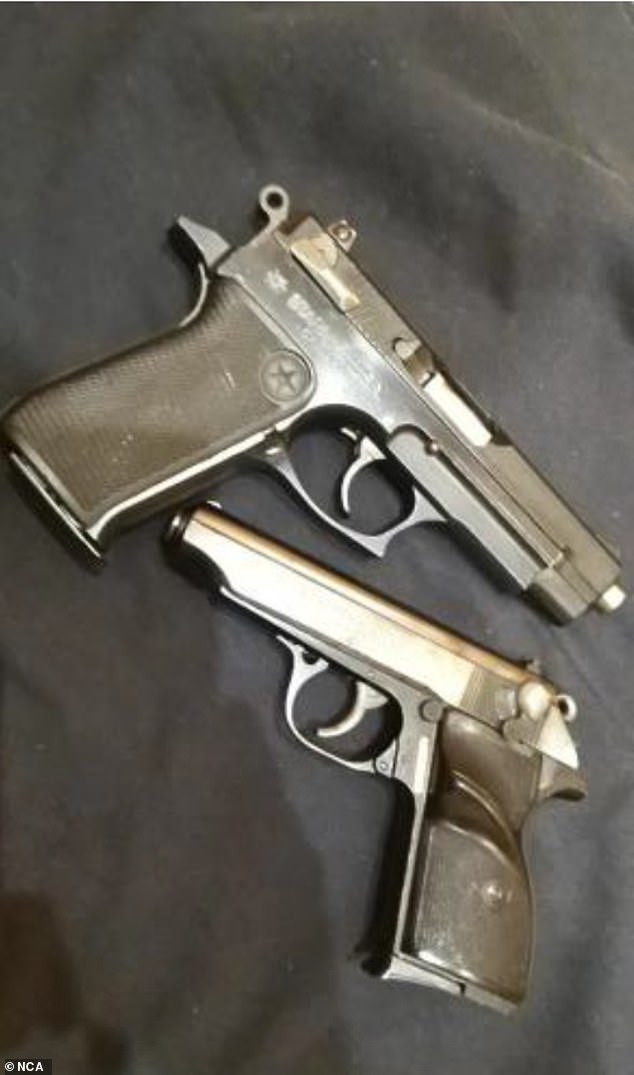 Johnston, of Ellesmere Port, was convicted of conspiracy to possess a firearm with intent to endanger life, and conspiracy to commit grievous bodily harm. He was jailed for 18 years.

Wissett, of Ellesmere Port, admitted conspiracy to commit GBH and was sentenced to 12 years and six months.

‘The victim’s bravery in helping with our investigation was crucial to seeing Gordon locked up today.

‘Jonathan Gordon is a terrifyingly dangerous offender, he was totally unconcerned about blinding someone for money.

‘This investigation spanned a number of years and brought out the best in our officers who were aided by superb work from Merseyside Police and Cheshire Police.’

A Merseyside Police spokesperson said: ‘The actions of these offenders were unimaginably cruel. They carefully arranged to inflict terrible injuries on other human beings, and the physical and emotional pain their actions have caused cannot be overestimated.

‘Thankfully they were stopped in their tracks thanks to the work of the National Crime Agency, supported by officers from Merseyside Police, and after data the offenders thought they were sharing secretly on Encrochat devices was downloaded by law enforcement.

‘Organised crime groups do not care about the devastation they cause in the heart of our communities, often using fear and violence to maintain the illicit trade they are often involved with.

‘I hope Gordon, Wissett and Johnston spend their time in prison considering the impact they have had on the victims and their families.’

Walkies in a winter wonderland: UK's chill will last into next week