An aspiring American model left a heartbreaking farewell video on Instagram hours before she killed herself at a UK beauty spot, an inquest heard.

Moriah Frye, 27, had been backpacking around Europe, but had split up with her boyfriend while she was staying in Manchester.

An inquest heard that the mother-of-one from Oildale, California posted a harrowing video selfie on social media to ‘say goodbye’ to her friends last September.

In the message she said: ‘l’m going to make this video short and really simple.

‘Originally I was writing letters to everyone but I wondered what it was going to be like to experience this with someone.

‘I’ve lost friends who’ve died and if I’m not going to be here I’d rather there was a video to look back on with pictures rather than a hand written letter that is probably hard to read anyway. This is the simplest way to say goodbye to everyone.’ 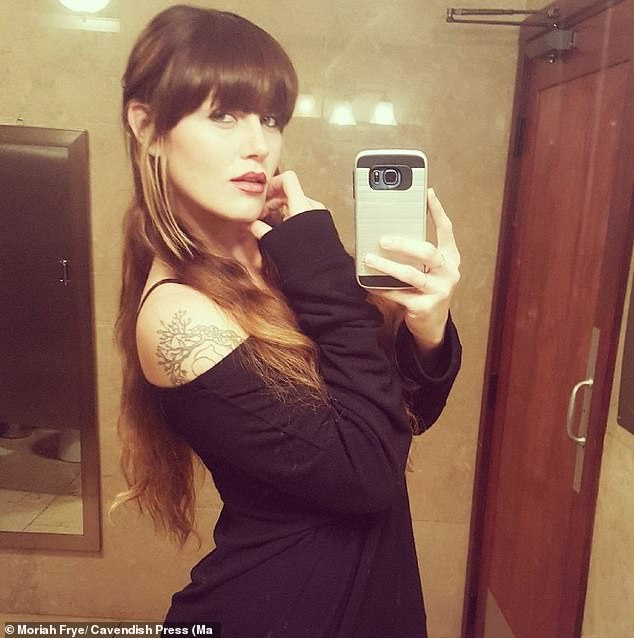 Moriah Frye was backpacking through Europe, but had split with her boyfriend in Manchester

By the time police were alerted to the video, Ms Frye had already hanged herself at Healey Dell Nature Reserve, near Rochdale.

Her body was recovered the following morning from the River Spodden below.

Police searched Ms Frye’s rucksack and found a letter to her family which she referred to an acrimonious custody dispute over her five year old daughter.

The note, which also alluded to a ‘lengthy battle with her mental health’, concluded: ‘I suppose this is where I state my last will and testament.’

The aspiring model was described in the hearing as a ‘very artistic girl with a love of architecture’. She had hoped to improve her art and modelling prospects, and wanted to ‘experience living in other cultures’.

Ms Frye said: ‘Originally I’m a chef and I love to meet locals to find out the history of the place, how the food is made, what grows there, and listen to other people’s ideas and the exception of life. I like the simple things. 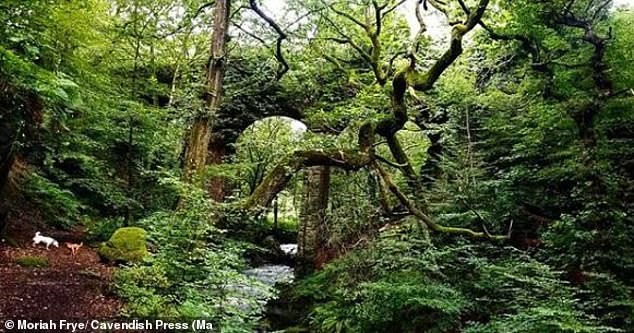 By the time police were alerted, Ms Frye had hanged herself at Healey Dell Nature Reserve 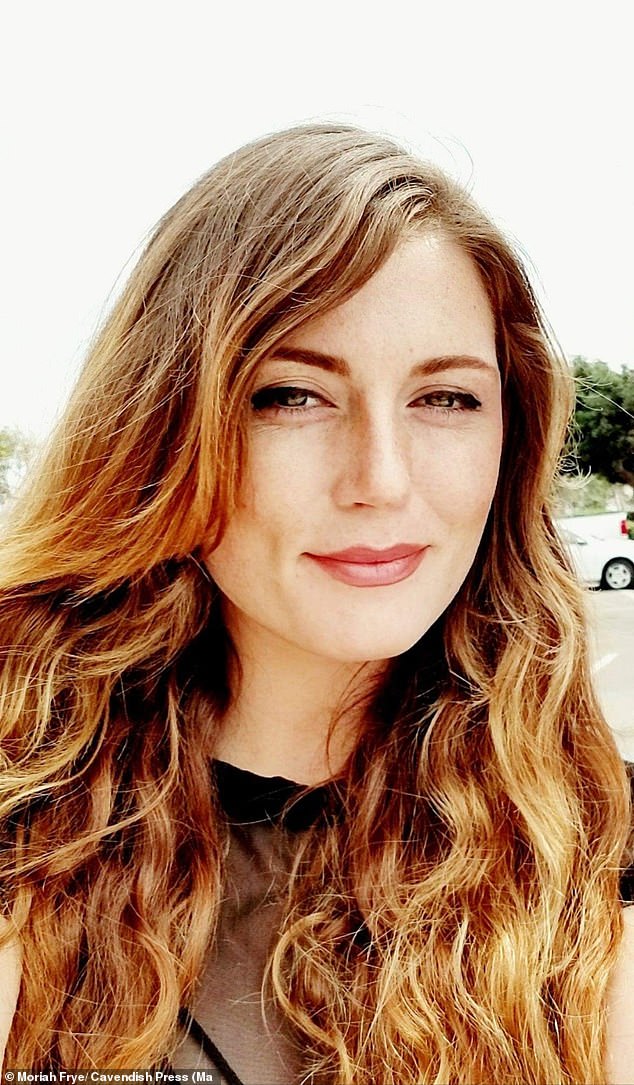 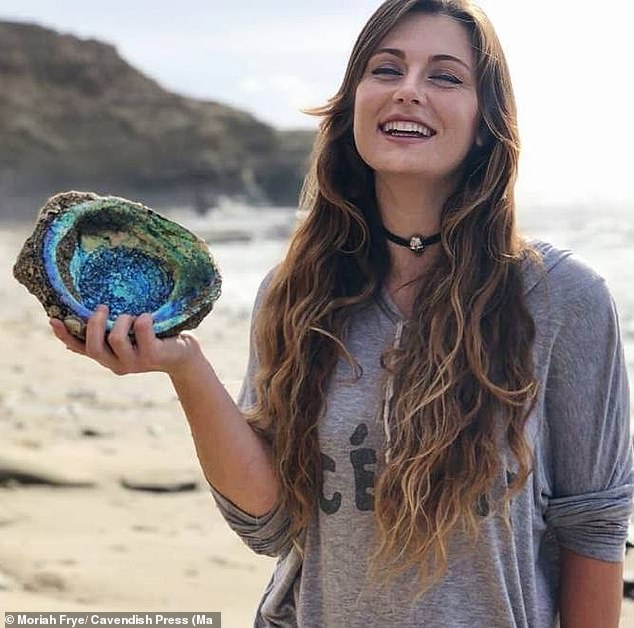 ‘I live out of my backpack to make walking long distances easier.

‘I have no expiration on my travels, I will keep going until I feel I am ready to stop.’

In a statement read to the Heywood inquest, her mother Shelly Sprouse said: ‘She was a healthy child, very artistic girl with a love of architecture, she loved going out with friends and having fun and she was never afraid to try anything new.

‘She didn’t graduate from college and became a waitress at 17 and she had a history of self-harming starting when she was at school. She would party with friends but she didn’t drink, although I knew she smoked pot and I thought from her Instagram posts that she had been smoking it whilst she was in the UK.

‘When Moriah fell pregnant with her daughter it was a wonderful time.

‘She and the baby’s father were in a relationship which lasted for two years after the birth. But Moriah lost custody of the child because of her lifestyle.

‘If I every tried to give her direction she would go in the opposite way however if she ever wanted to go home I would let her.

‘She did have a stable relationship with a man called David however he and Moriah had an an argument and she wouldn’t speak to him after that.’ 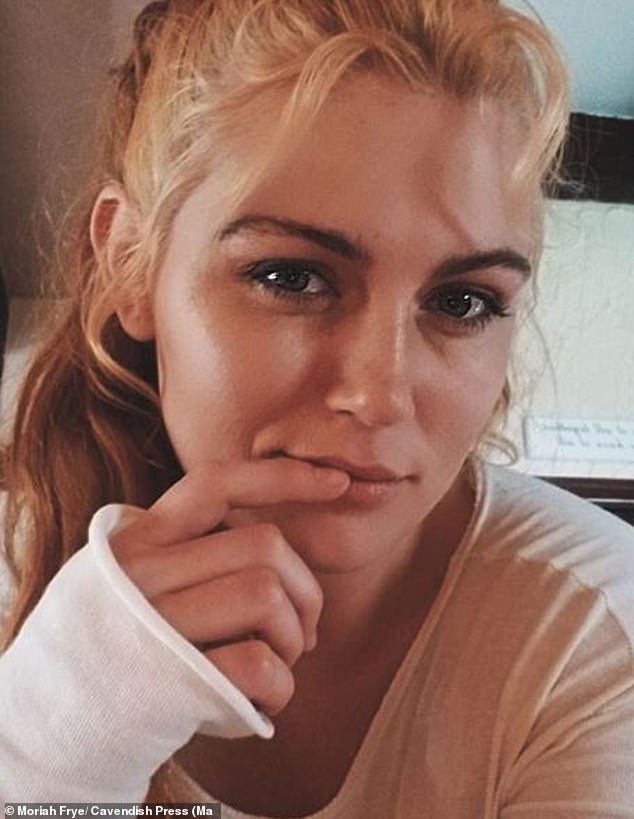 In a statement read to the Heywood inquest, her mother said: ‘I couldn’t understand Moriah taking her own life when she was travelling in a country she wanted to be in’ 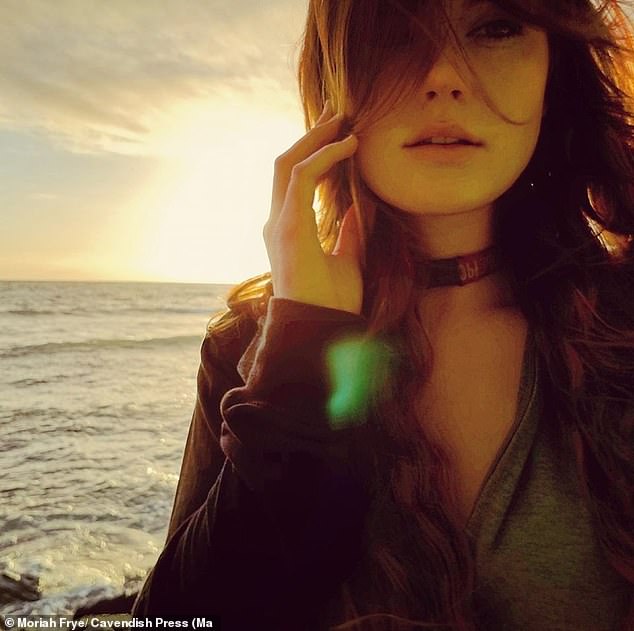 Her mother also told the hearing: ‘She was close to her grandparents and I feel she went out of control after their deaths when she was in her teens’

Ms Sprouse added: ‘She took off travelling with friends from the US to Ireland, then Spain and ended up in the UK.

‘It was her first time out of the US and she never returned. I had no contact with her but she did keep in contact with my ex-husband and he kept me up to date.

‘She asked him for money whilst she was away she never contacted me for any financial help. I learned there was a relationship Moriah was in before her death but I don’t believe she would harm herself because of the end of a relationship.

‘I couldn’t understand Moriah taking her own life when she was travelling in a country she wanted to be in. She was close to her grandparents and I feel she went out of control after their deaths when she was in her teens.’

A pathologist report said that Ms Frye had some bruising and fractures including to her skull, ribs, spine and pelvis as well as lacerations to her internal organs, and it was likely these injuries were sustained after death when she fell from the bridge.

Toxicology revealed she had consumed ketamine, cannabis, and amphetamine.

Recording a conclusion of suicide, Assistant Coroner for North Manchester Matthew Cox said: ‘It is clear from the evidence that the deceased took her own life.

‘You have to consider her state of mind before reaching a conclusion but I have to determine whether the deceased intended the consequences of her actions.’

The coroner concluded: ‘Taking into account all the circumstances and the note which was found and the messages sent I believe there is clear evidence so that she did intend the consequences of her actions.’

For support, call the Samaritans on 116123 or go to www.samaritans.org.