Tony Mokbel’s appeal against drug trafficking convictions could be held within six months and will be spearheaded by the same barrister whose success in the High Court led to George Pell’s acquittal and release from prison.

Mokbel is serving a 30-year prison term but argues his convictions are tainted because his case was corrupted by the involvement of Nicola Gobbo, who acted as a barrister for the crime boss while also snitching on clients as a registered police informer. 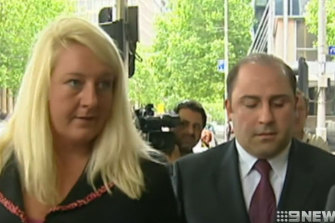 Mokbel’s case was one of eight appeals connected to the Gobbo legal scandal to go before Victoria’s Court of Appeal this week for administrative hearings so court president Chris Maxwell could be updated on how the challenges were progressing.

The men say Ms Gobbo’s involvement in their cases is a miscarriage of justice. Mokbel has already had one of his convictions quashed by the appeals court.

On Friday, Mokbel’s mention was told his substantive appeal hearing would be held across two days and could start in the third term, which starts in mid-July.

Mr Walker famously appeared for Cardinal Pell in the High Court last year, when the country’s top seven judges unanimously ruled in favour of quashing the cardinal’s convictions on child sex offences. Cardinal Pell was released from prison after his acquittal. 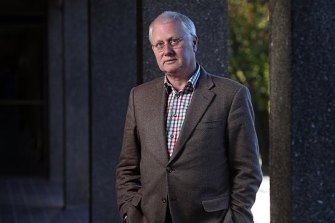 Mr Walker also appeared for Cardinal Pell in the Court of Appeal in 2019. That court upheld the County Court jury’s guilty verdict in a 2-1 majority before the cardinal’s team took their fight to the High Court.

Friday’s hearing was told Mokbel’s lawyers had compiled a statement of facts about his case, and part of his appeal would focus on separate conversations Ms Gobbo had with police and Mokbel.

“The main area of dispute will be the interpretation of those facts,” Victoria’s chief prosecutor, Brendan Kissane, QC, said.

Ruth Shann, representing Mokbel on Friday, asked Justice Maxwell to set a March 15 mention hearing, for when Mr Walker would be in Melbourne. But the judge said more time was needed for the parties to try to agree on the statement of facts. 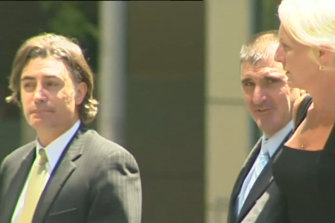 Mokbel did not face court on Friday. The 55-year-old’s case will return to court on March 26 and Justice Maxwell said Mr Walker could appear via a video link.

Mokbel’s legal team is also waiting on police and other authorities to release documents to assist their appeal. Among the material is a request for documents from the federal Attorney-General’s office on Mokbel’s extradition from Greece after his 2007 arrest there following 15 months on the run.

After Ms Shann was critical of the time spent waiting for the material, a lawyer for Victoria Police said more documents would be handed over next week.

Lawyers for Pasquale Barbaro, who was jailed over the 2007 importation of 15 million ecstasy pills in tomato tins, are also awaiting disclosures related to intercepted telecommunications and the dealings solicitor Joseph Acquaro had with police.

Mr Acquaro was Barbaro’s solicitor but it was revealed last month he had provided information to police about former clients although he was never a registered informer. The solicitor was shot dead in 2016 and a man is awaiting trial charged with murder.

Salvatore Agresta, Saverio Zirilli, Francesco Madafferi, Rob Karam and Carmelo Falanga are others appealing their convictions over the tomato tins case given their past associations with Ms Gobbo.

Another man, Zlate Cvetanovski, has already had an unrelated drug trafficking conviction quashed, when the Court of Appeal last year found the involvement of Ms Gobbo and a criminal-turned-supergrass represented a substantial miscarriage of justice. 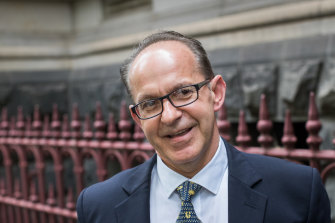 Zlate Cvetanovski after his conviction was quashed last year.Credit:Jason South

The court found Mr Cvetanovski’s trial was irrevocably contaminated when Victoria Police secretly paid $10,000 to the supergrass in return for evidence that led to the convictions of 24 people, including Mr Cvetanovski and Mokbel.

Mr Cvetanovski is now out of prison and is appealing against two convictions for fraud offences to clear his name.

Justice Maxwell on Friday said the court would prioritise the appeals given their importance and public interest.

“We are treating this group of appeals, eight at the moment, as a mater of top priority this year and next,” he said.