THIS is the shocking moment a motorcyclist flies down the street seconds before smashing into three schoolgirls.

Oskars Bolsteins was doing 55mph in a 30 zone when he ploughed into the trio, the youngest just ten. 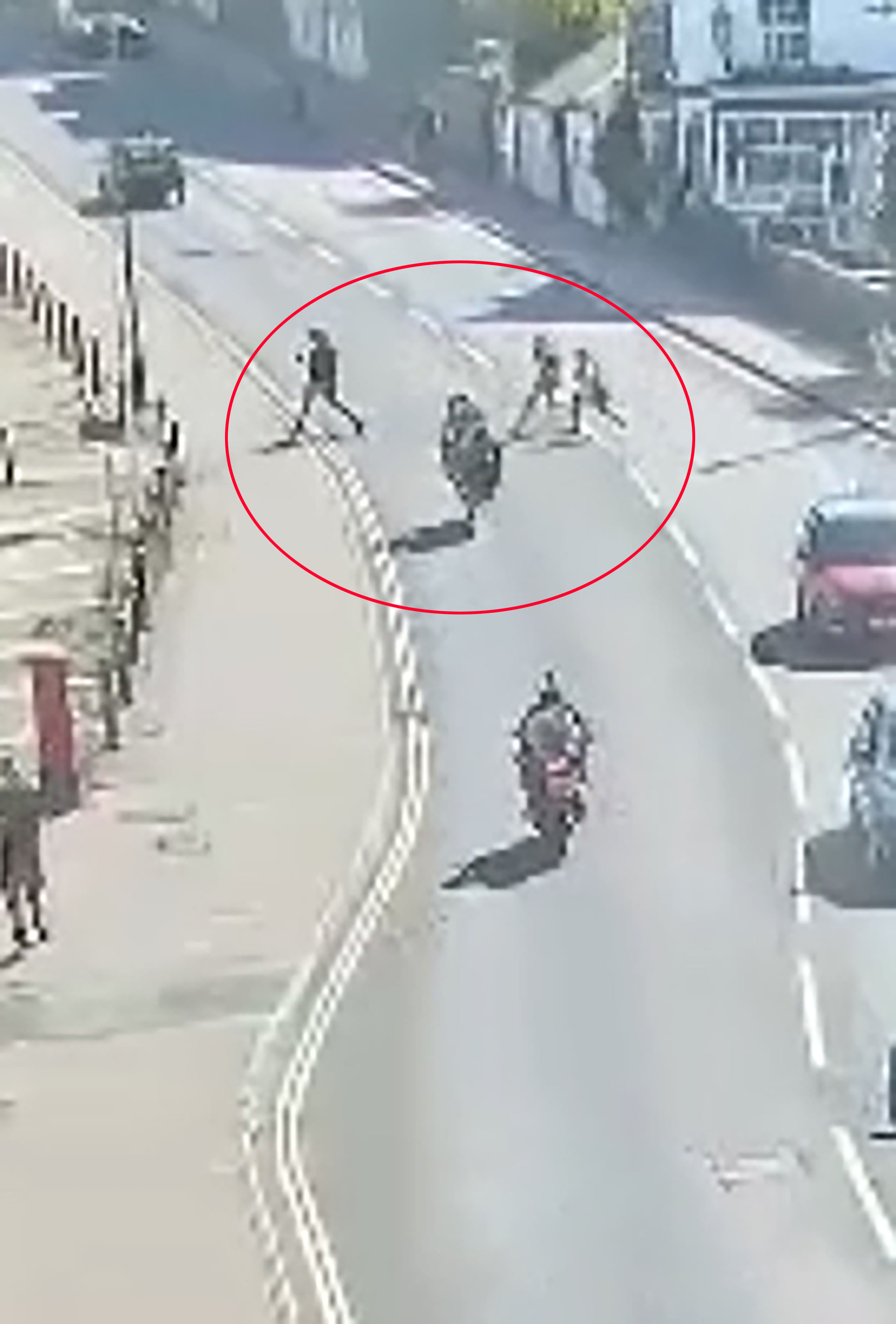 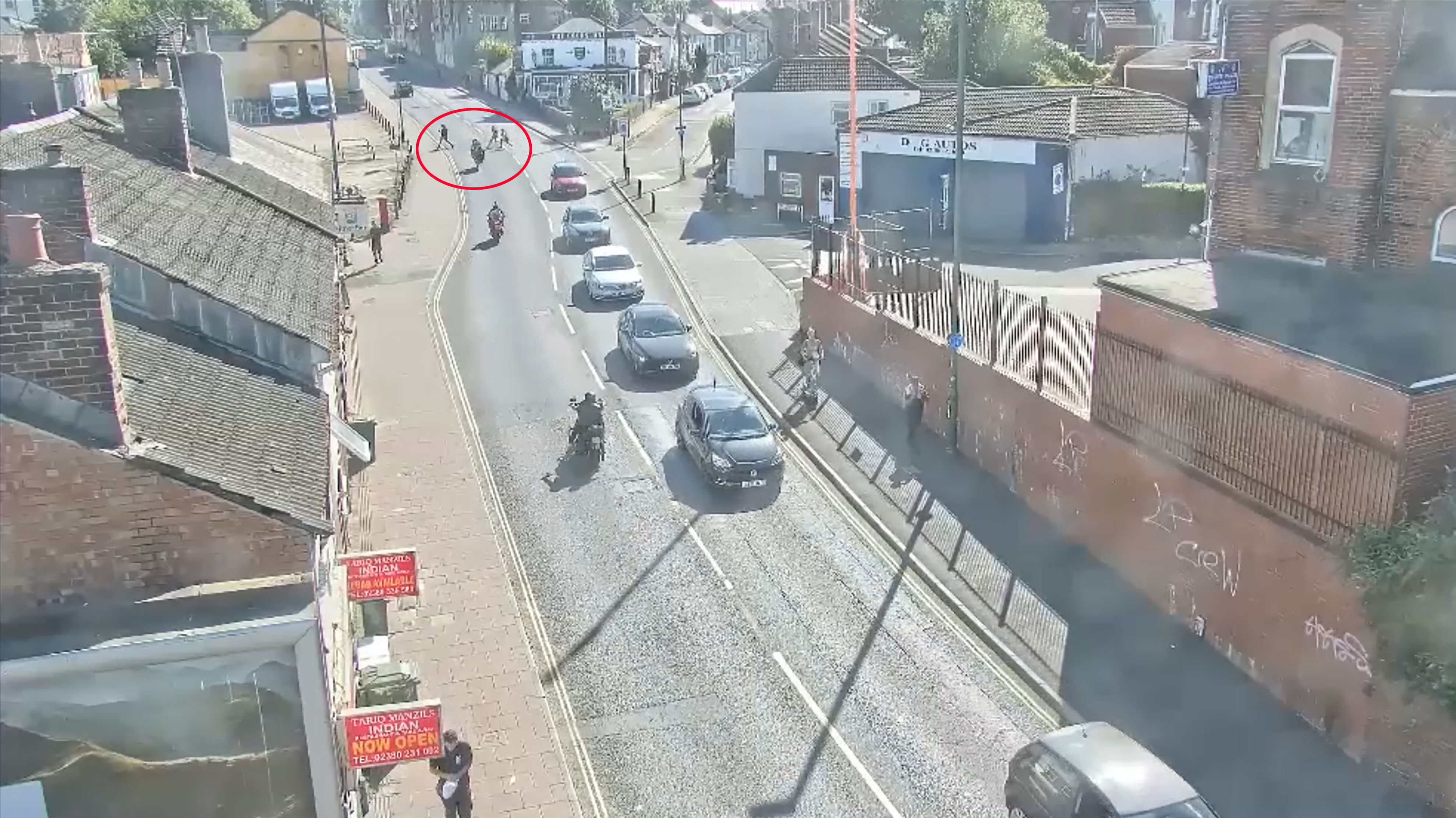 The careless rider was going so fast that when he slammed on the brakes the back wheel of his motorbike came off the ground.

His white Suzuki GSXR600 bike eventually came to a stop a massive 31 metres (101ft) up the road.

A court heard how cowardly Bolsteins, 27, then got back on his bike and pushed it away the scene without leaving his details. 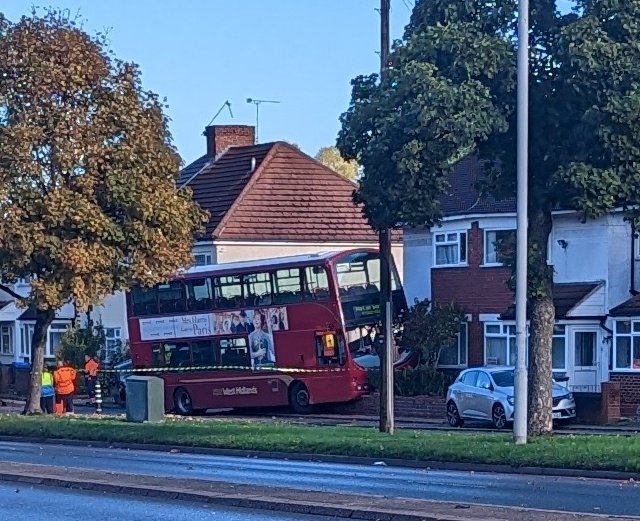 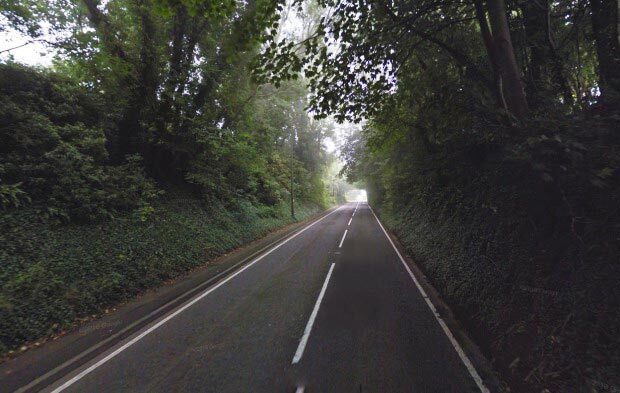 The horror crash – caught on CCTV – left the ten-year-old needing reconstructive surgery to a serious cut on her left leg.

The other two – both 12-years-old – suffered minor injuries.

The biker had no licence or insurance at the time of the August 1 smash in Southampton, Hampshire.

Bolsteins, of Southampton, was arrested a week later and charged with causing serious injury by careless driving.

Most read in UK News 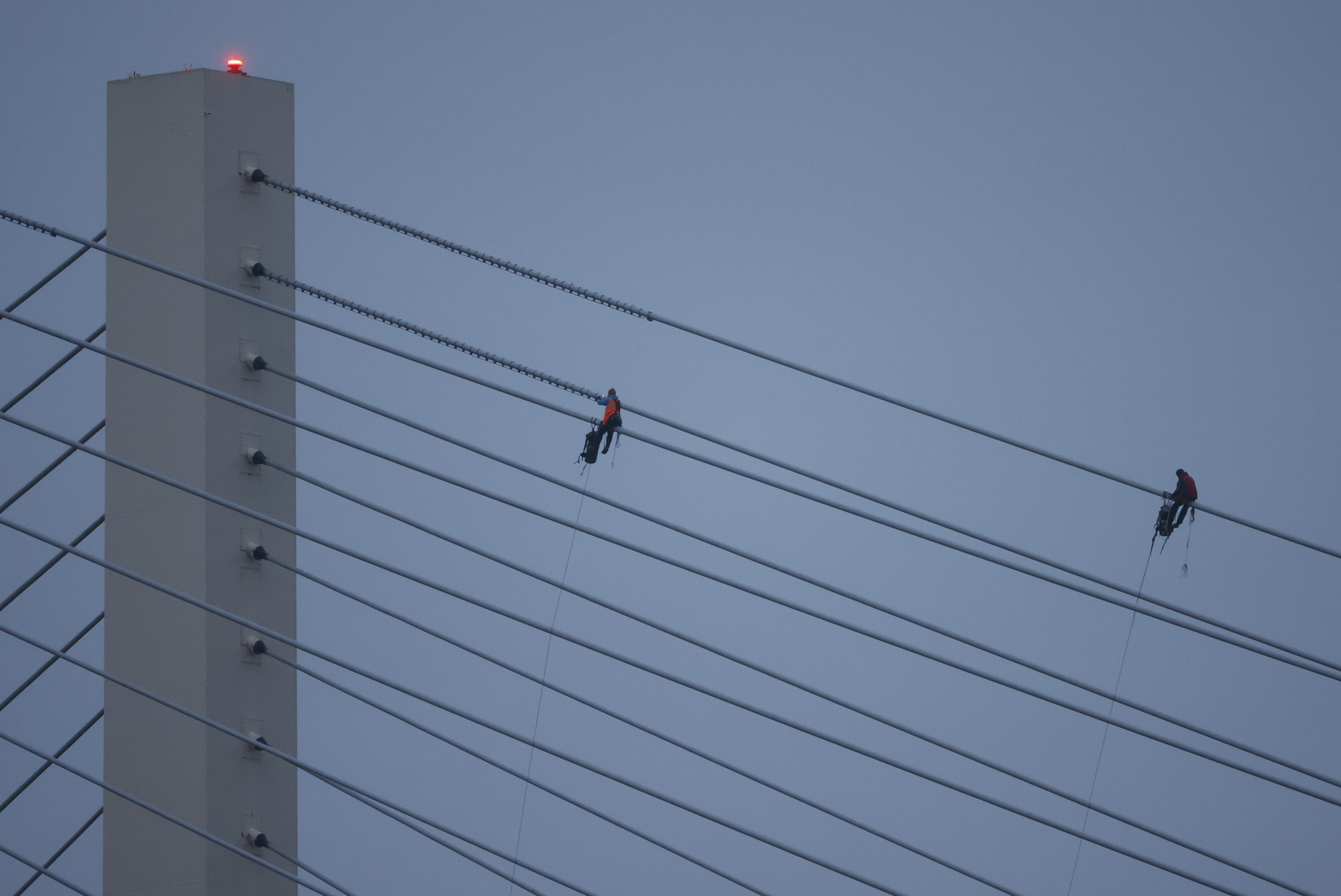 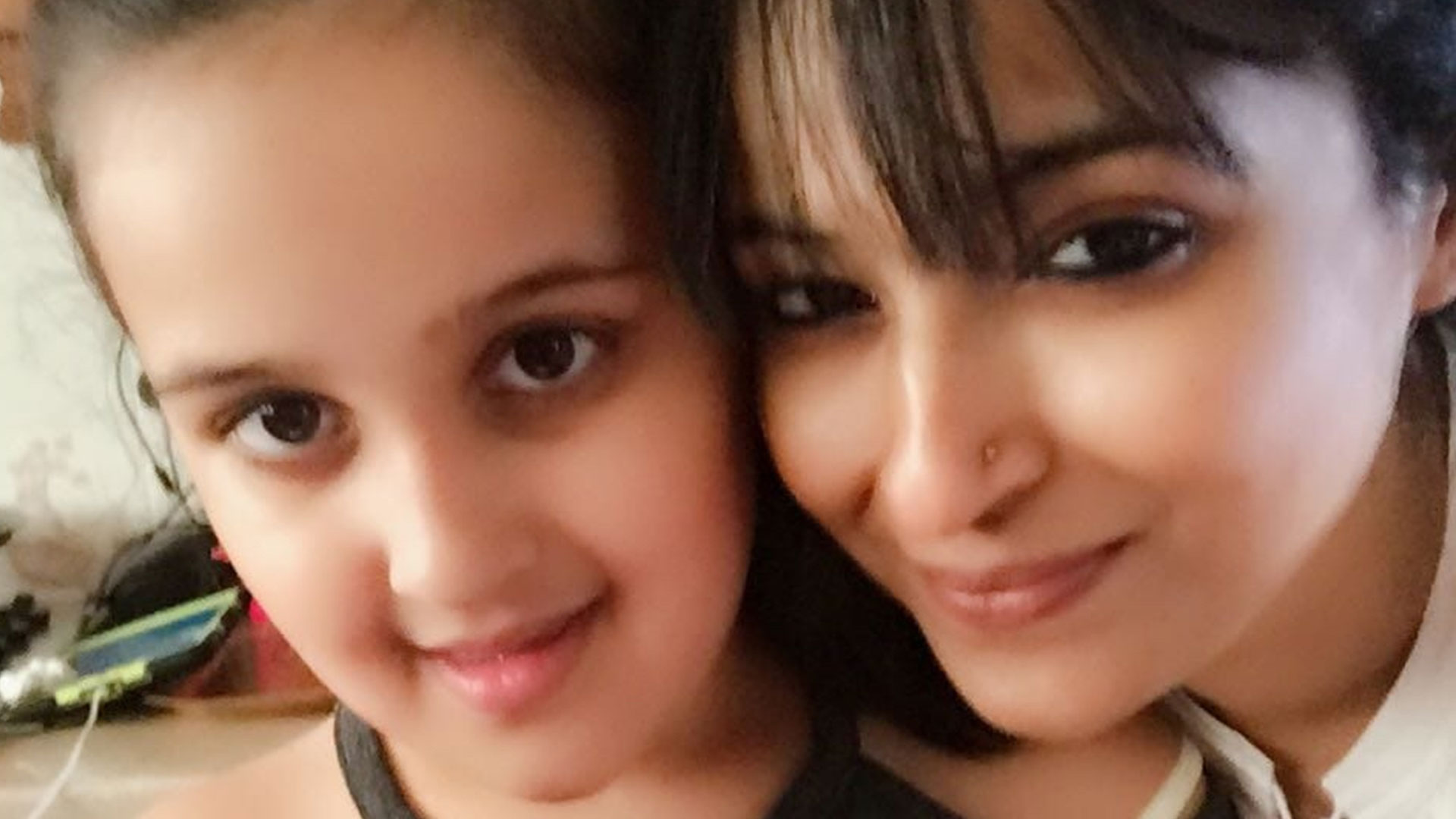 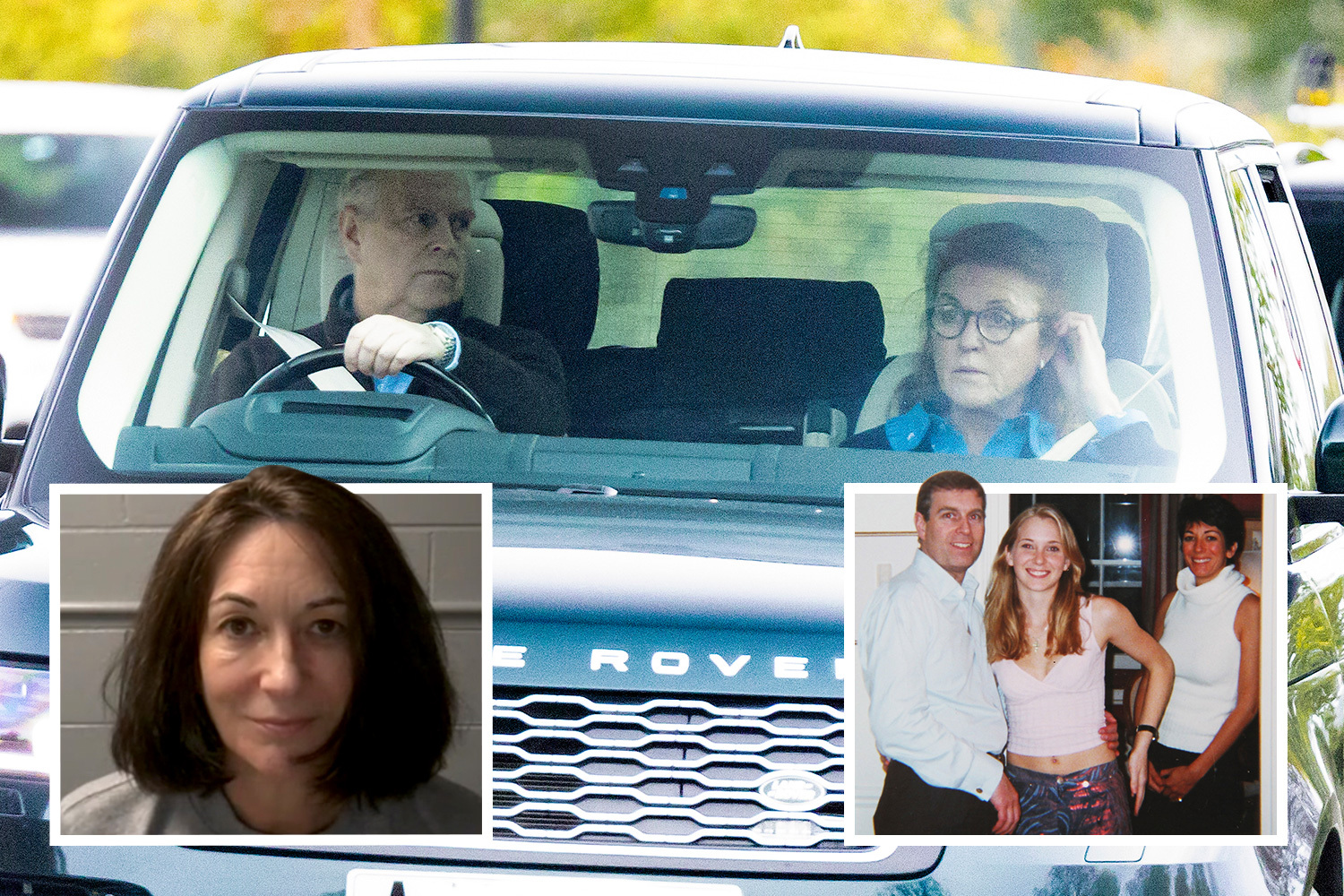 He is among the first in the country to be convicted of the new charge that came into effect this year.

The defendant pleaded guilty to it plus failing to stop after a road traffic collision, driving without insurance and driving without a licence at Southampton crown court.

He was sentenced to nine months in prison and banned from driving for two years.

Sgt Nicholas Tucker, of the Hampshire Police Roads Policing Unit, said: "Driving at almost double the speed limit in such a busy part of the city shows just how reckless Bolstiens was.

“And this footage shows just how hard he had to brake in his futile attempt to avoid the crash.

"Bolsteins showed absolutely no regard for those girls who were injured as he got straight back on his bike and left them in the road."