Touching footage shows a monkey rescued from an electricity pole being embraced and consoled by its friend.

The animal was saved in Nandigama, Krishna, India, after it was left stuck on top of the mast.

It was rescued by staff from the local power department. 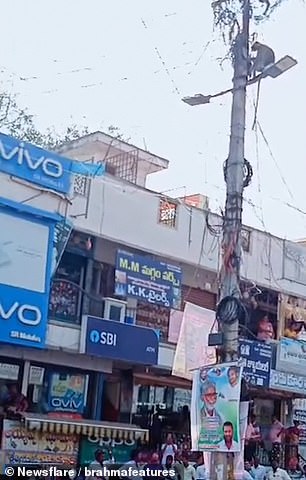 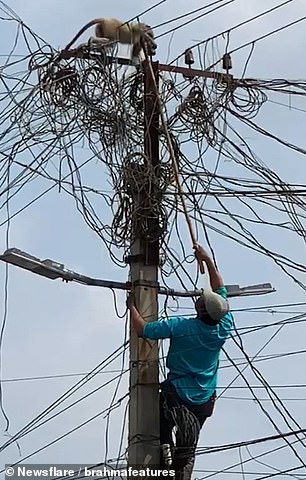 The monkey was stranded on top of a utility mast (left) in Krishna, India. It was rescued by staff from the local power department (right), who used a wooden pole to bring it down 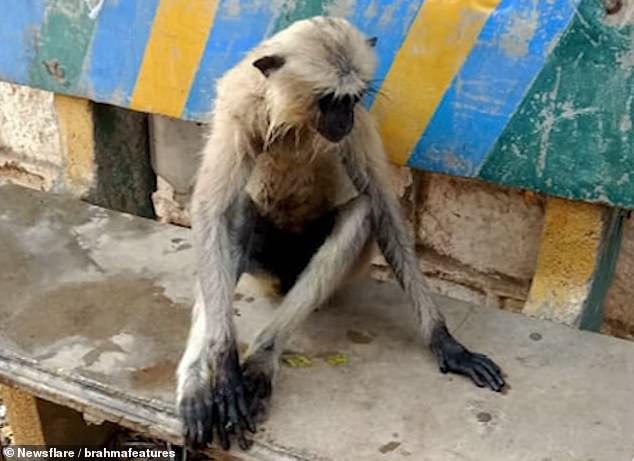 The monkey pictured after its ordeal. The heartwarming video, taken towards the end of last month, shows the animal’s rescue before it is consoled by its friend

The video, taken on February 28, captures staff poking at the monkey with a large pole in an attempt to bring it down from the mast.

The camera then switches to another monkey on top of a building opposite its stranded friend, appearing concerned as it runs back and forth.

After its ordeal the monkey is seen sat besides its larger friend.

The friend buries its head in the rescued monkey while embracing it with both arms. 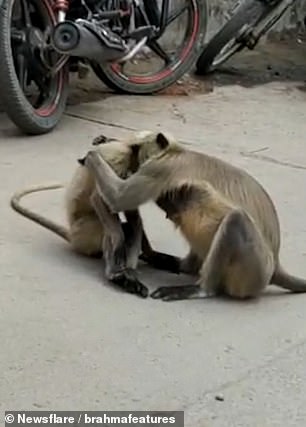 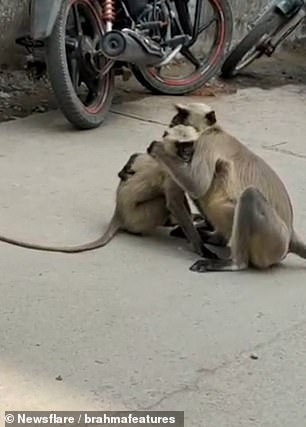 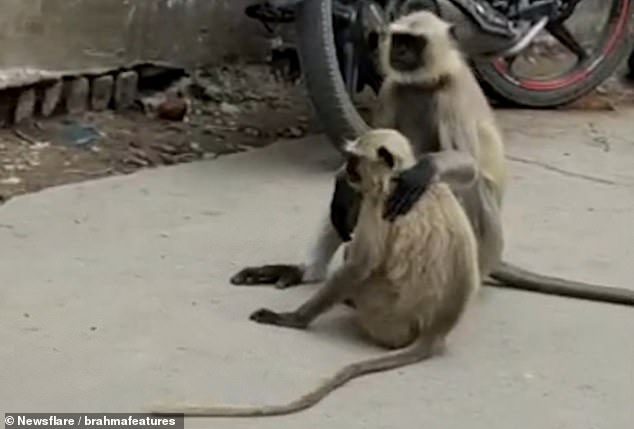 The friend then rests its hand on the monkey’s back, above, before briefly playing with its tail and appearing to check them over following the ordeal in Krishna, India

As the monkey faces away, its friend places both hands on its back before turning it back around to give another cuddle.

The friend continues resting its hand on the monkey’s back as the camera captures six other monkeys perched on a wall above.

The monkey briefly plays with its rescue friend’s tail and appears to check them over before resting a hand on its back once more.