They suggested Mike Bloomberg spent $1million for every American citizen on his presidential campaign – when the real figure was more like $1.67. 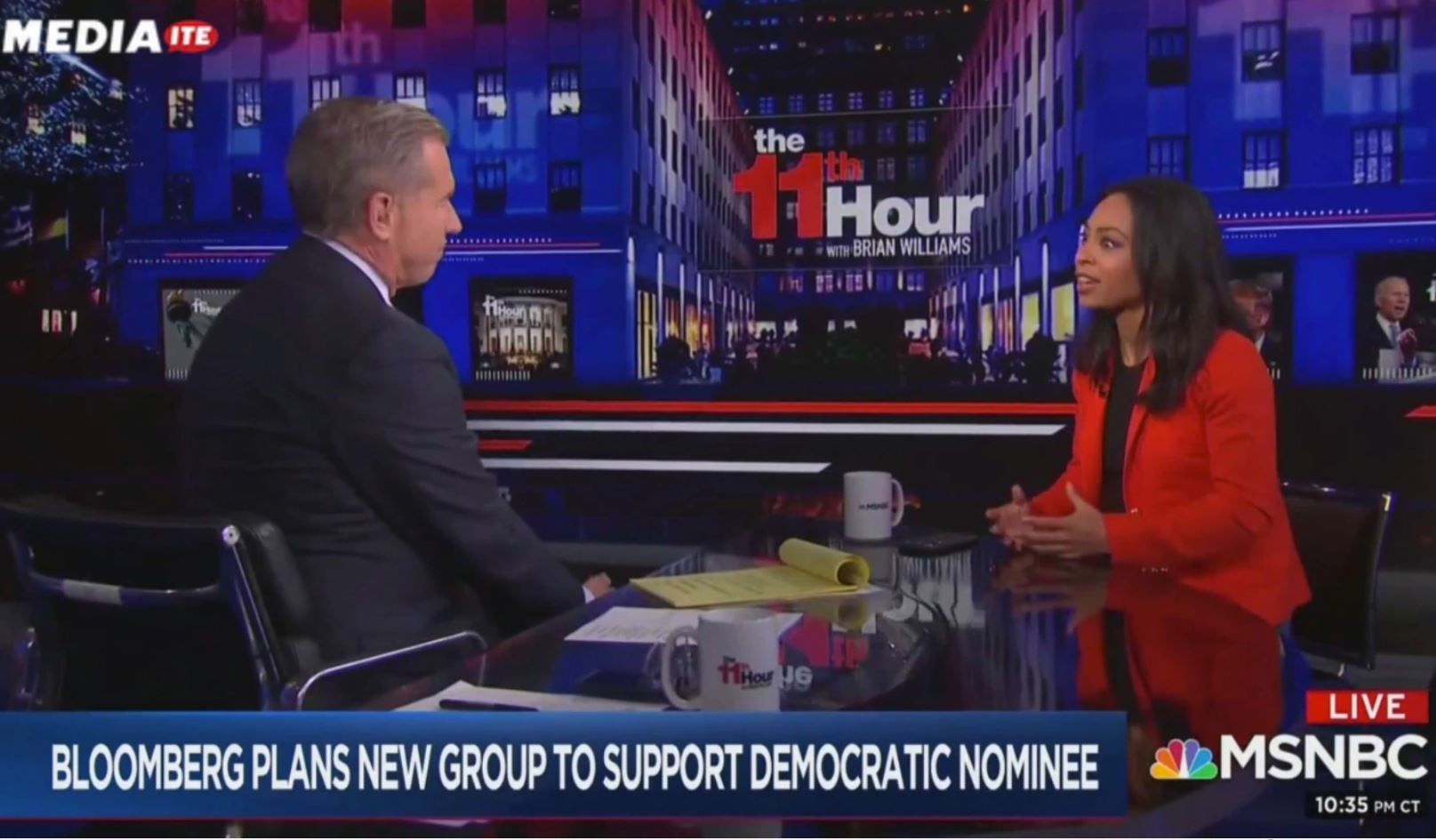 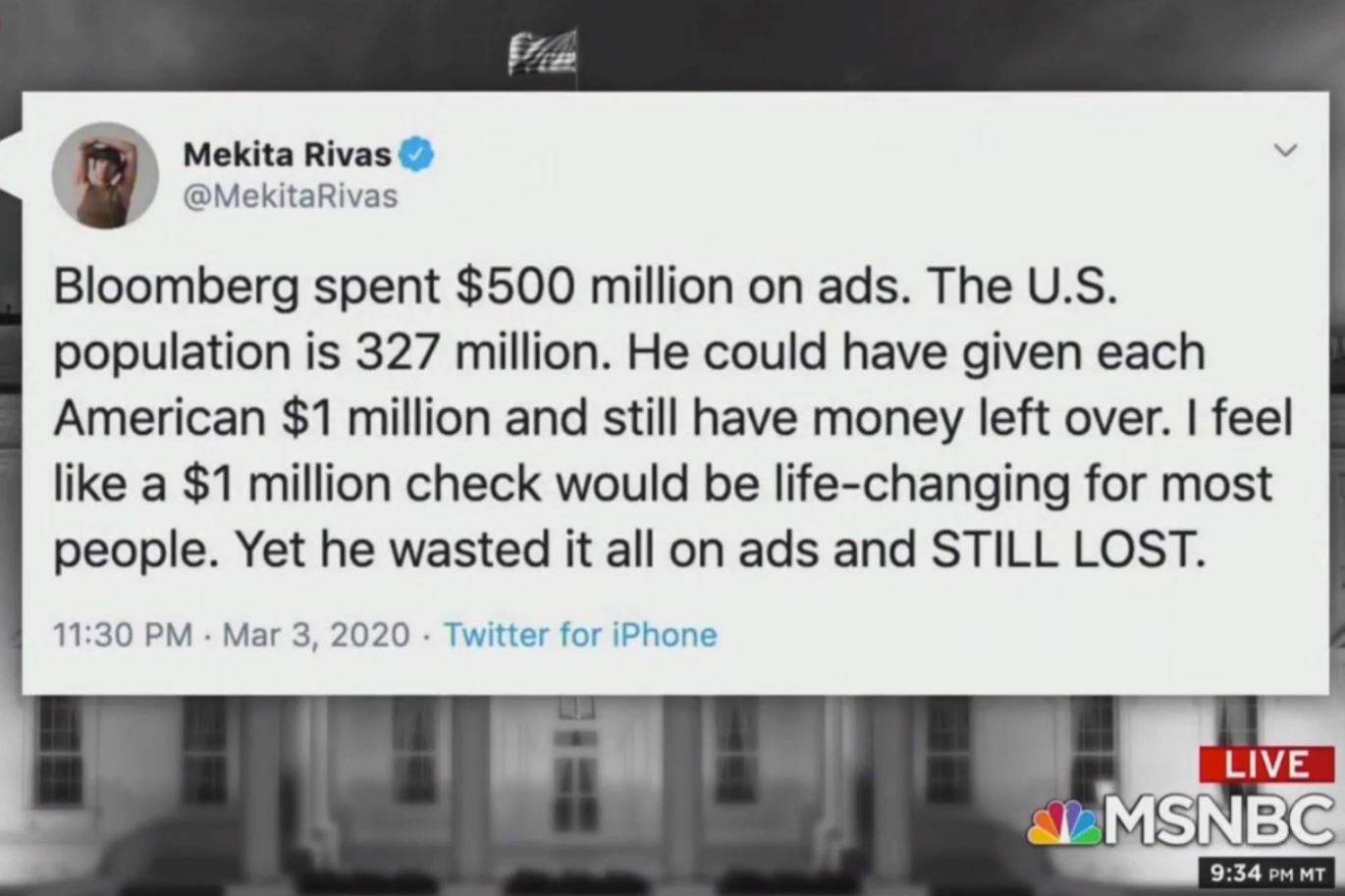 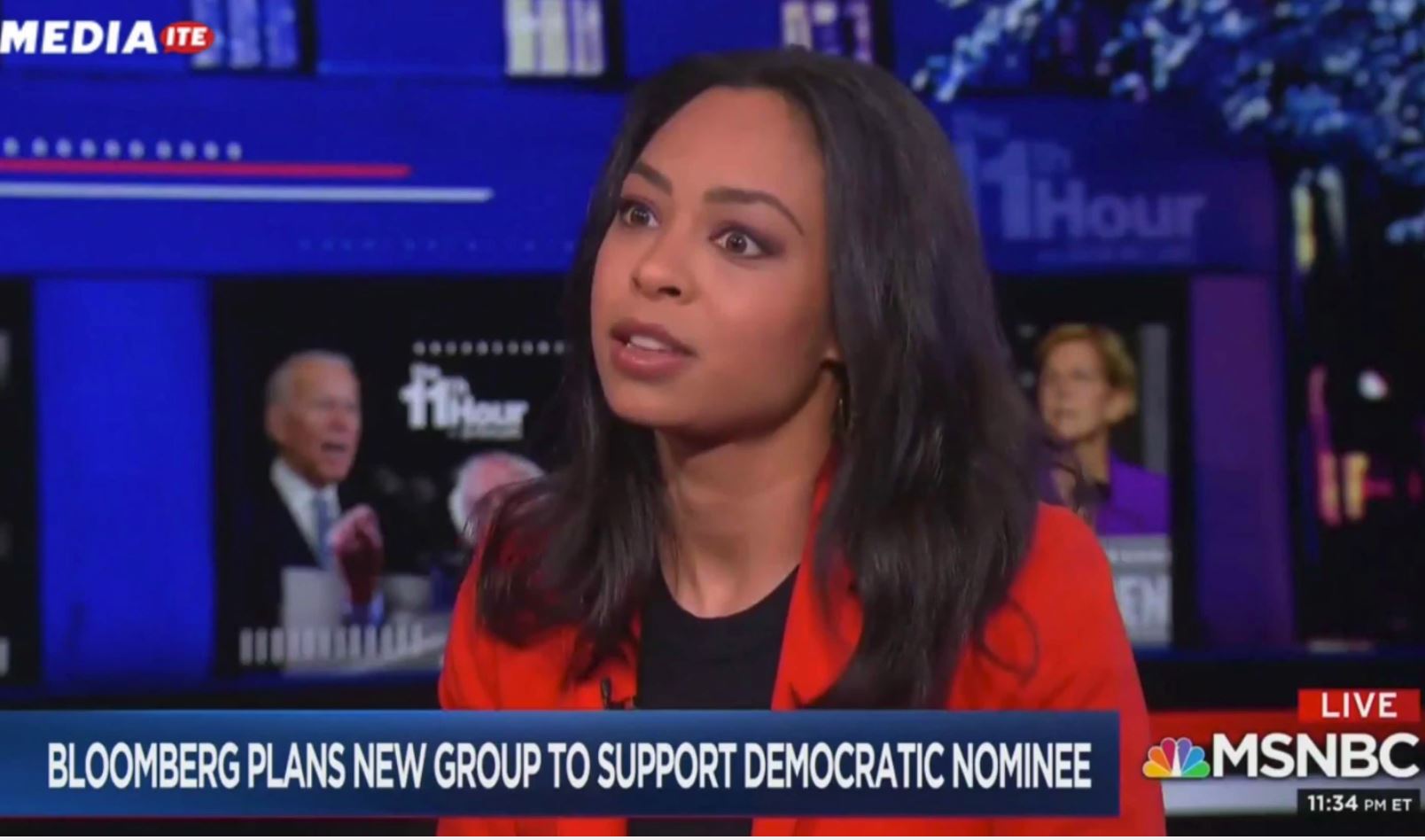 Williams' gaffe came during a discussion on his 11th Hour show with Mara Gay, a member of the NY Times editorial board.

They were marveling at social media reaction to Bloomberg's flop in the Super Tuesday primaries.

One since-deleted tweet shown on air said: “Bloomberg spent $500 million on ads. The US population is 327 million.

"He could have given each American $1 million and still have money left over, I feel like a $1 million check would be life-changing for people. Yet he wasted it all on ads and STILL LOST.”

Williams gushed: “When I read that on social media, it all became clear. It’s an incredible way of putting it.”

And Gay agreed: “It’s an incredible way of putting it. It’s true, it's disturbing and it does suggest there is too much money in politics.”

Giving a million dollars to everyone in America would cost $327trillion.

Viewers were astonished that neither Williams nor Gay seemed to notice the huge error.

Sports journalist Michael Salfino tweeted: “What is wrong with these people?

“This would be right here if there were 327 people in the US. And this reflects horribly on the NY Times too. Can someone stop and think for two seconds?”

The author of the original post, magazine writer Makita Rivas, has since set her account to private – and changed her bio to say: “I know, I’m bad at math.”

Bloomberg splurged an estimated $550million of his personal fortune in just 44 days of campaigning – or $227,000 every hour, reports the New York Post.

With US population estimated at 329million this month, that works out at $1.67 for everyone in the country.

The billionaire former New York mayor won only 44 Democrat convention delegates, and a total of 1.6million votes – costing him around $324 for each ballot.

He pulled out of the race after failing to come first or second in any of Tuesday's primaries and threw his support behind Joe Biden. 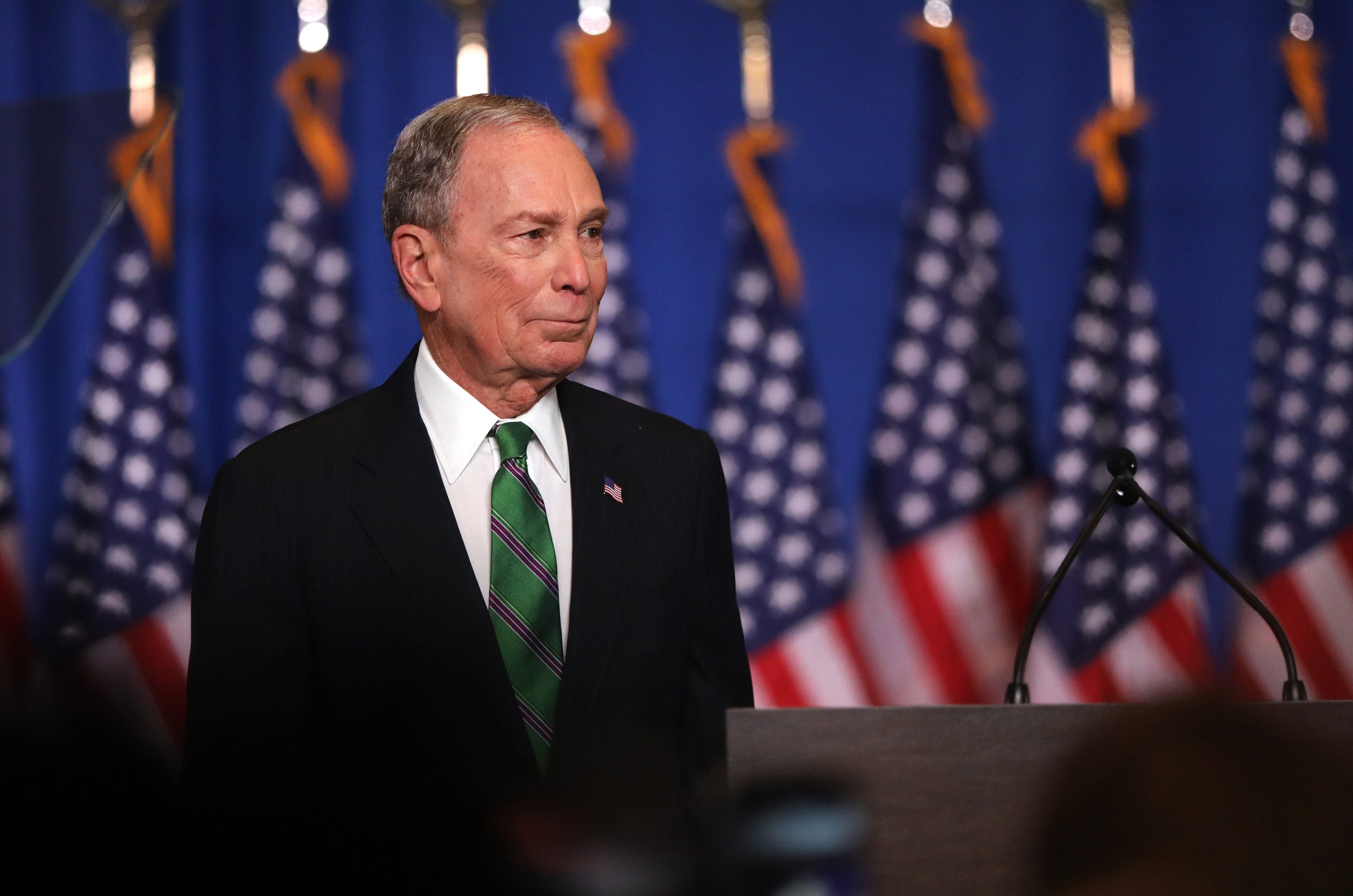 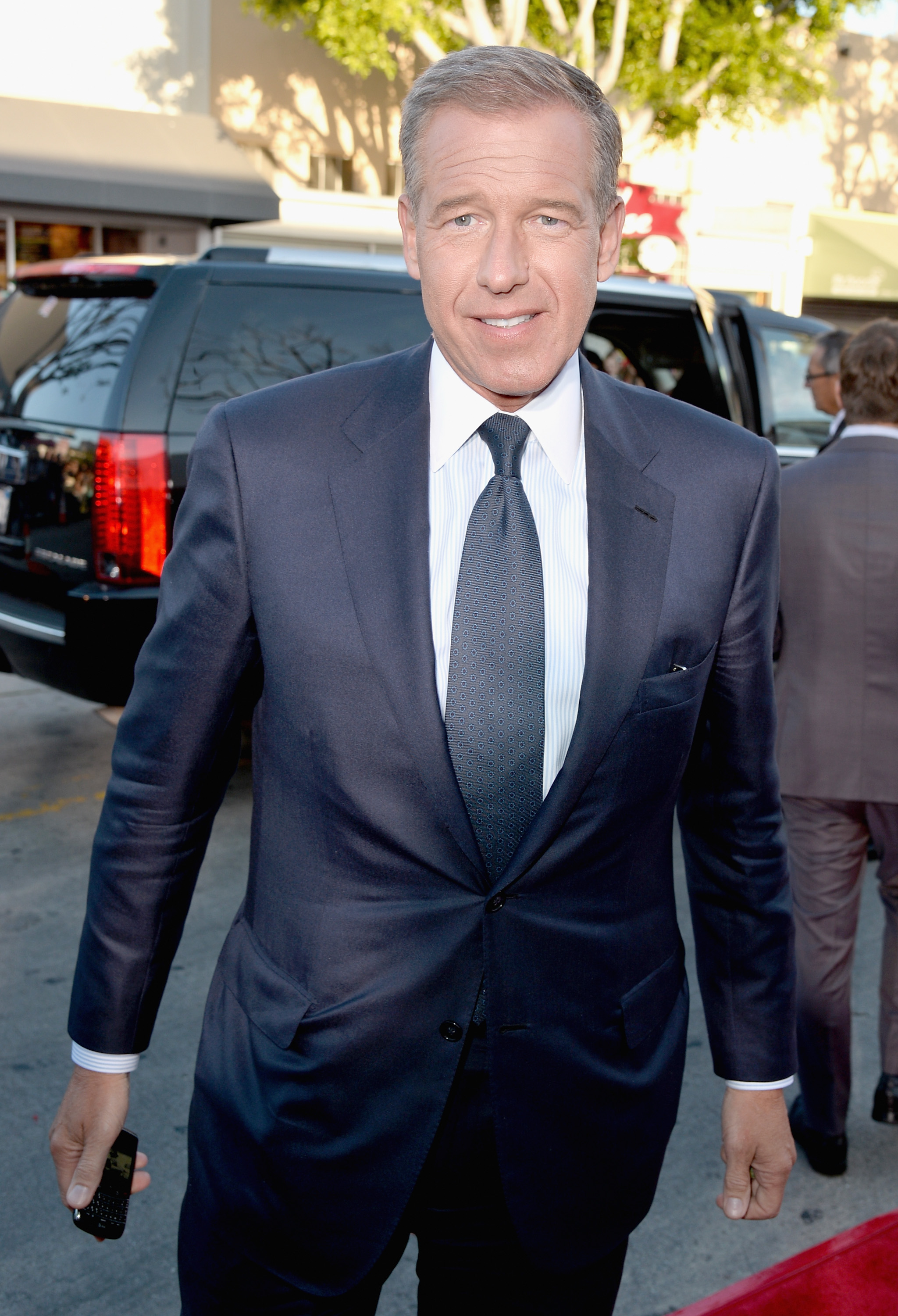 The other debate: Ardern and Collins clash in rapid-fire election hit out