Home » World News » Mum-of-three, 44, mauled to death by her American Bulldogs after row with pregnant daughter

A MUM-OF-THREE was mauled to death by her American Bulldogs after a row with her pregnant daughter.

Neighbours threw bricks at the hell hounds in a bid to stop the fatal attack on Elayne Stanley, 44, at her home in 2019. 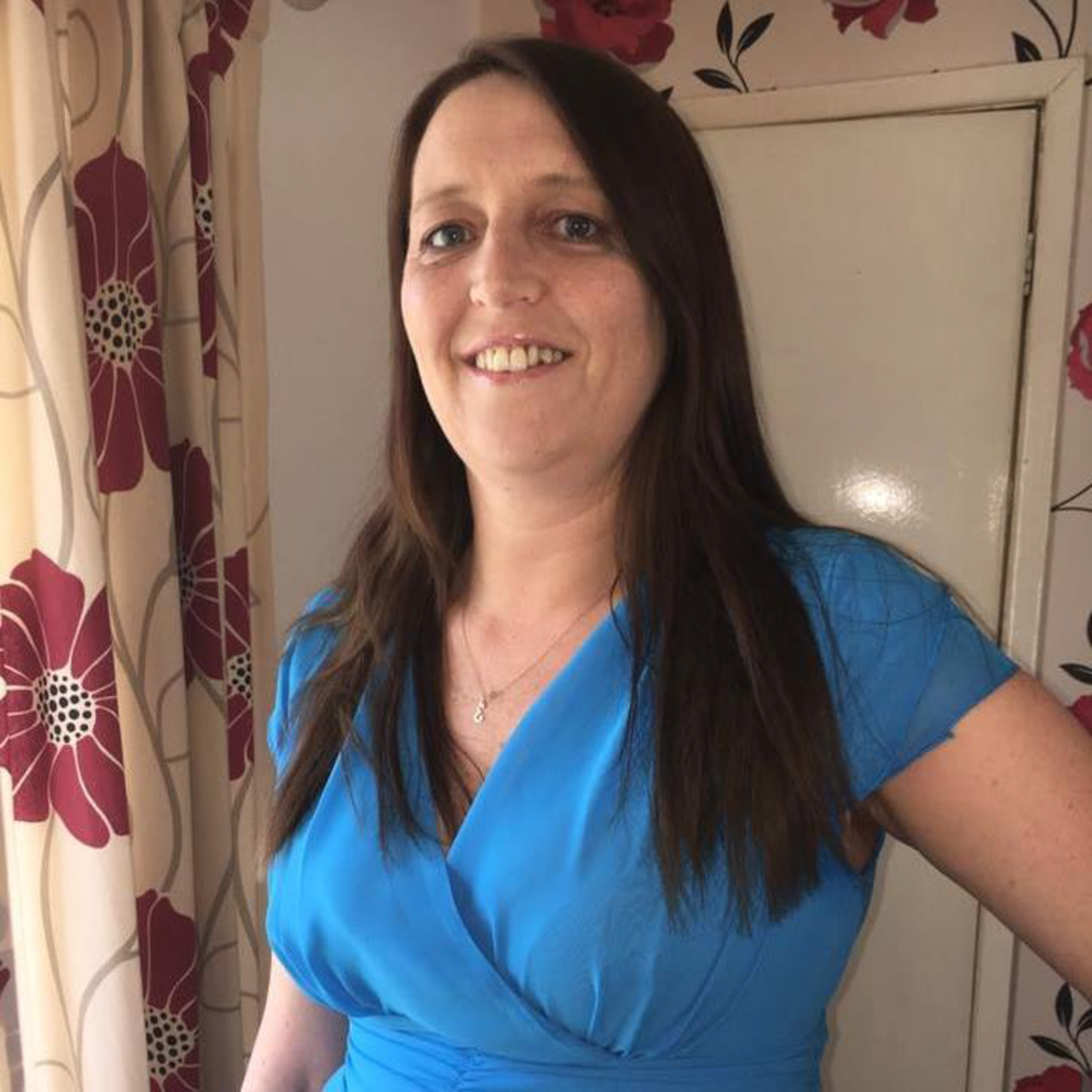 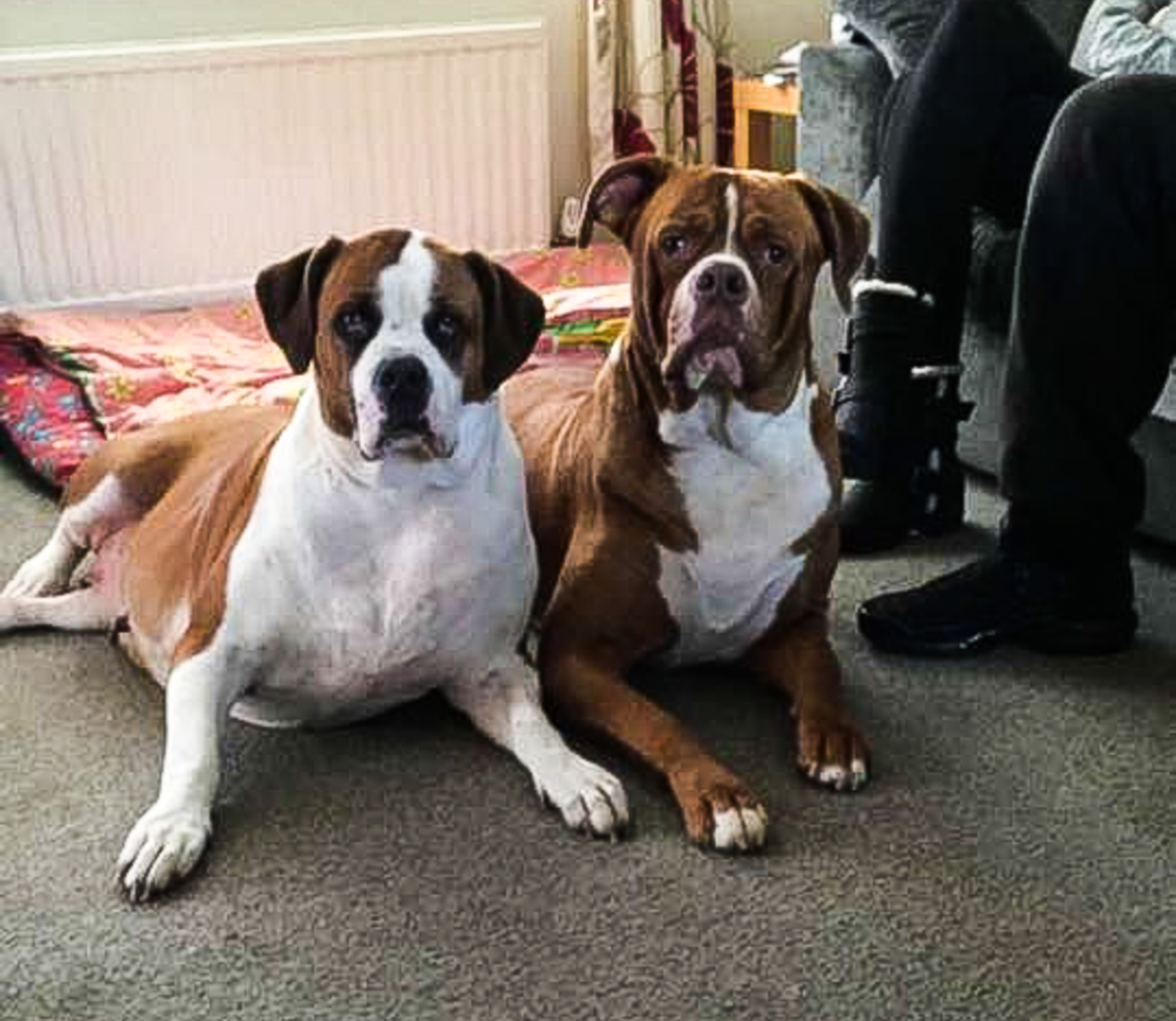 An inquest into her death today heard the dogs had previously been owned by her partner Paul Leigh.

They had killed a pet and bitten another owner, and Mr Leigh was court ordered to keep them under control in 2016.

Miss Stanley's daughter Louise Smith told the court the dogs, DJ and Billy, had lived with her mother for about three years.

She said: "My mum was happy with it, she had them around her two children and my two."

She said she was unaware of incidents involving the dogs in 2016, including an attack on another dog which had to be put to sleep, and an incident where another dog owner was injured.

Miss Smith said she did not know if her mother was aware Mr Leigh had been convicted under the Dangerous Dogs Act. 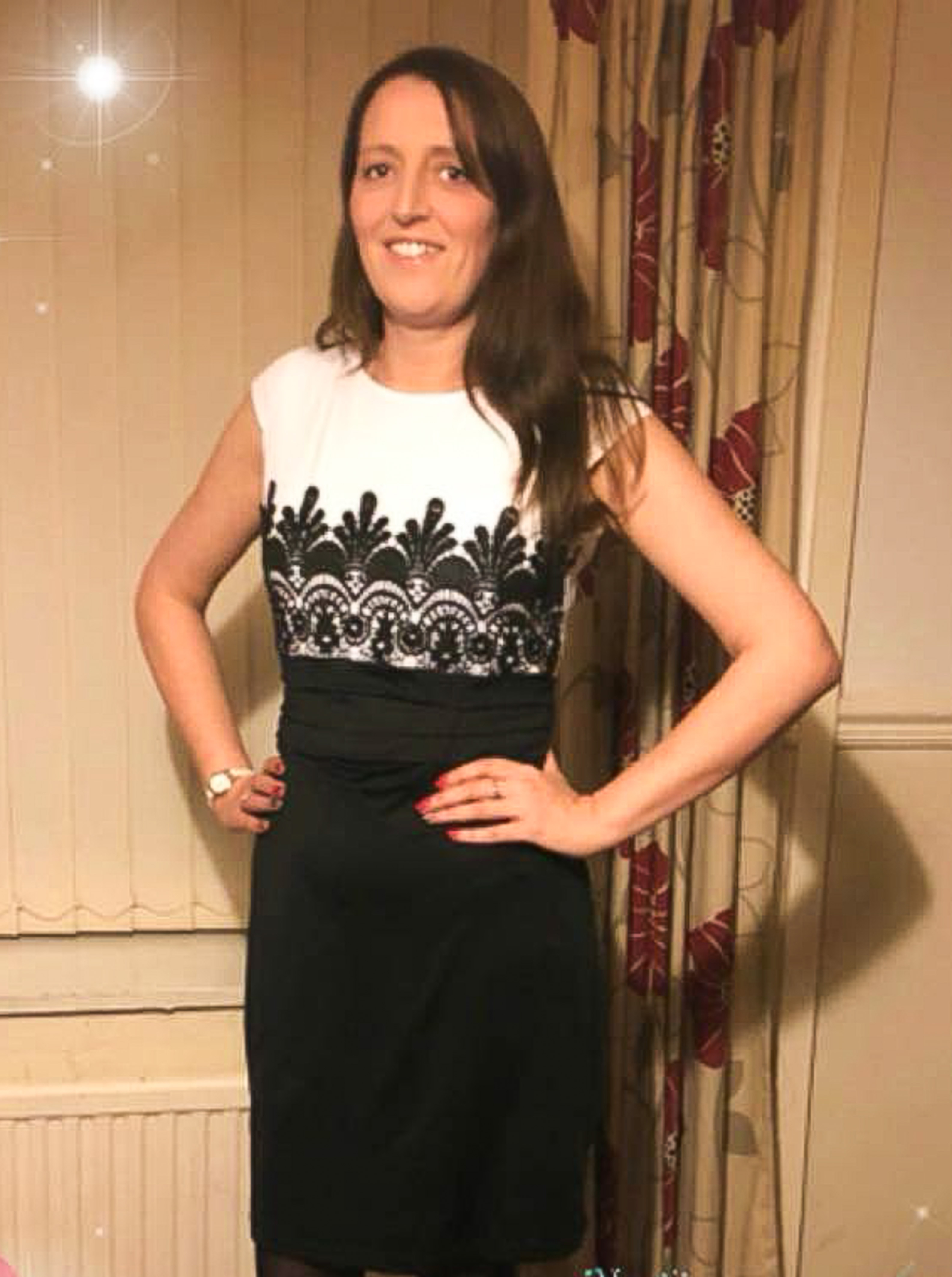 She said she had gone to her mother's home on Graham Road in Widnes, Cheshire, after college on September 24 and they had been having a "heated discussion".

As she went to leave, DJ, a male American bulldog crossed with a Dogue de Bordeaux, bit her mother on the bottom of her leg, the inquest heard.

Miss Smith said she tried to put the other dog, Billy, into the kitchen but it joined in the attack so she went for help.

She said: "They were really big dogs, there was no way I was getting two dogs off her."

The court heard neighbours threw bricks into the house at the dogs and eventually managed to contain them in the back garden of the property.

Describing the bloody battle to save Miss Stanley's life, Bev Hall, 39, who lives opposite, said: "We were here putting the tea on and the next thing her daughter Louise came running in screaming for help saying ‘the dogs are attacking mum’.

"We both dropped everything and ran over bare footed. The living room door was closed and Elayne was behind it so we couldn’t get in.

"I could hear a dog growling and scratching, we threw all sorts to and banged on the windows to try and distract the dogs." 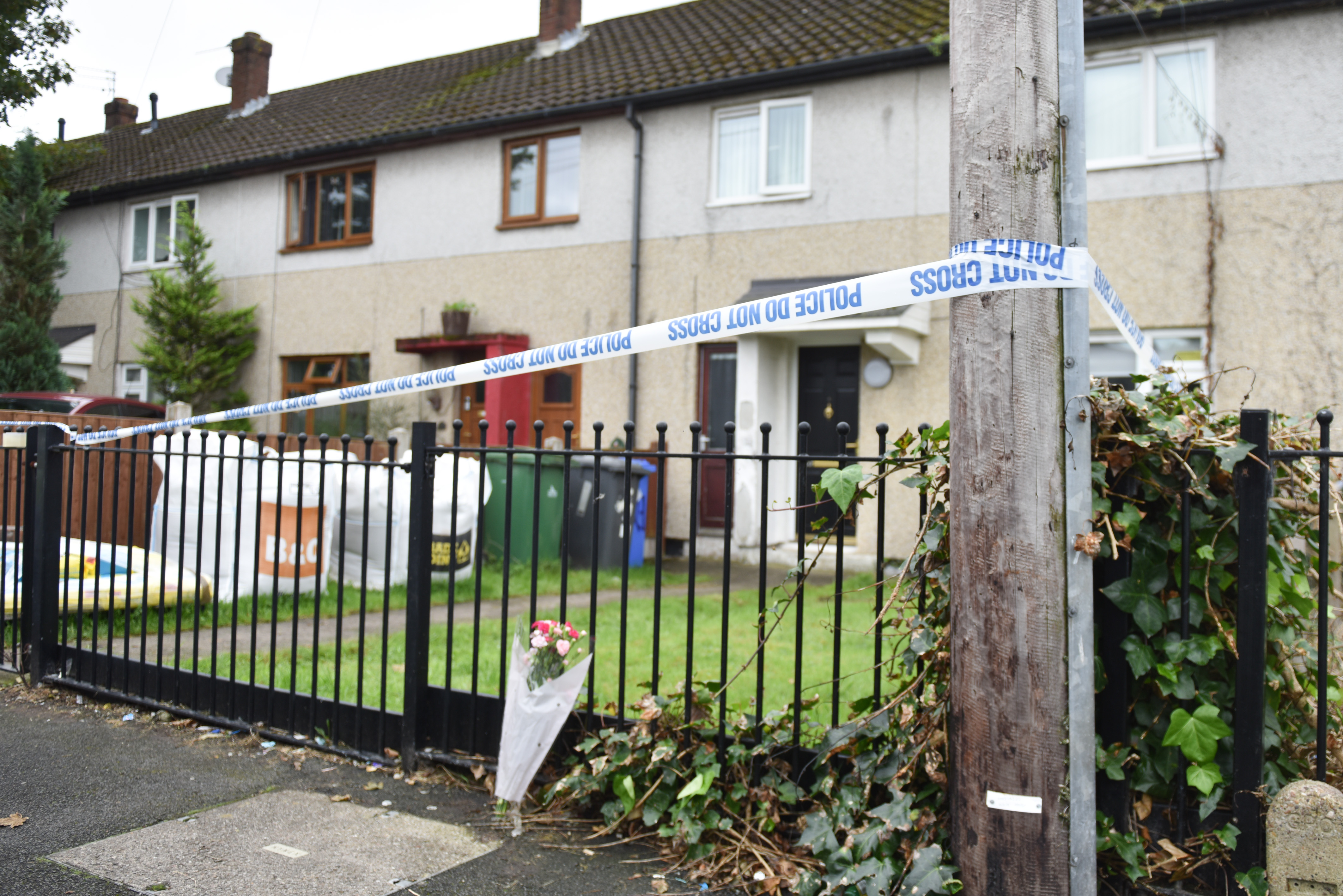 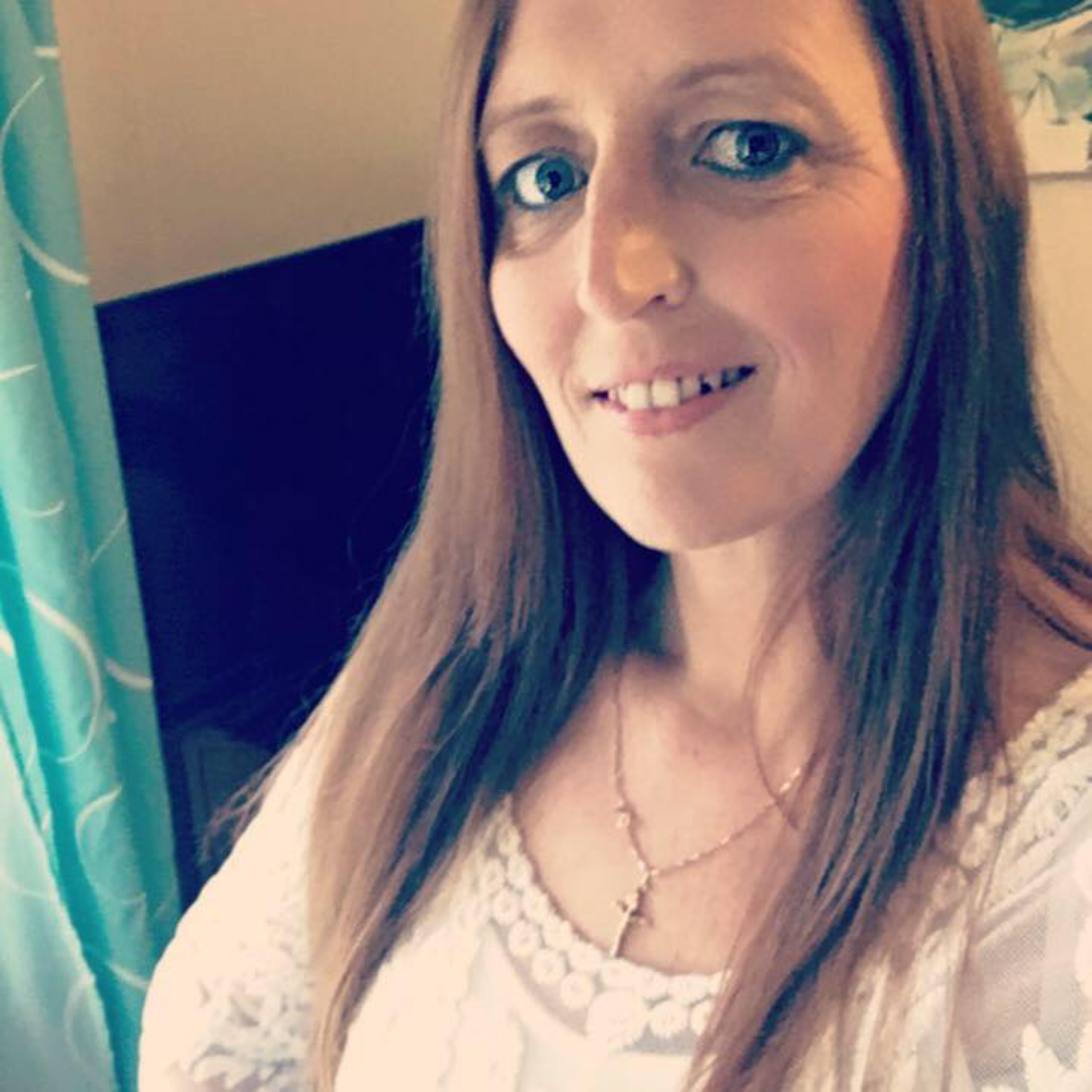 The commotion occurred while Miss Stanley's twin daughters, then aged 12, were in a bedroom upstairs.

Paramedics attended to Miss Stanley but she was pronounced dead at the scene.

Jason Lennox, lead dog legislation officer for Cheshire Police, told the inquest American bulldogs were "guarding dogs" and could pick up on body language during arguments.

He said: "DJ has interpreted this as a potential problem and has tried to stop any physical contact."

DJ was put down at the scene after two unsuccessful attempts to sedate him.

Billy, a female dog, was taken away from the house and later euthanised, Mr Lennox said.

Coroner Peter Sigee said Mr Leigh had been called to give evidence but had not attended.

The inquest heard a transcript of a police interview in which he claimed he was not the owner of the dogs, although he had admitted owning them during court proceedings in 2016.

He told police: "Not once have them dogs ever been owned by me, except when I went into that courtroom."

Recording a narrative conclusion, Mr Sigee said: "Miss Stanley died as a result of multiple dog bite injuries sustained when she was attacked by her two dogs within her home."

It follows another fatal dog attack on a great-gran who died in Rowley Regis, West Mids.

Darren Wheeler, 42, is accused of owning the two "ticking time bomb" hounds which allegedly dragged Lucille Downer, 85, round her garden by the neck.