REVELERS laid waste to this year’s Mardi Gras in New Orleans by dumping 50 TONS of colourful trash in streets. 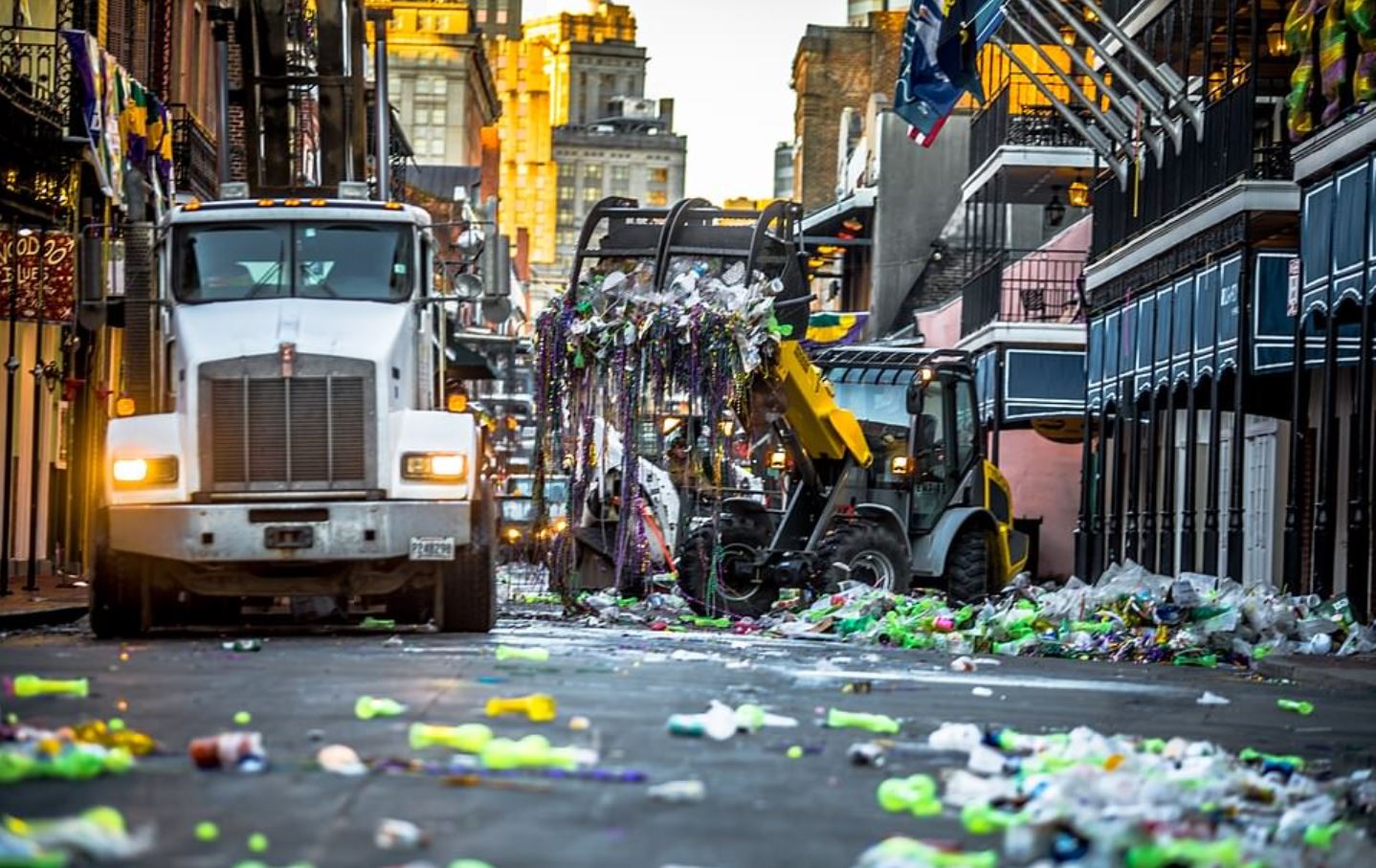 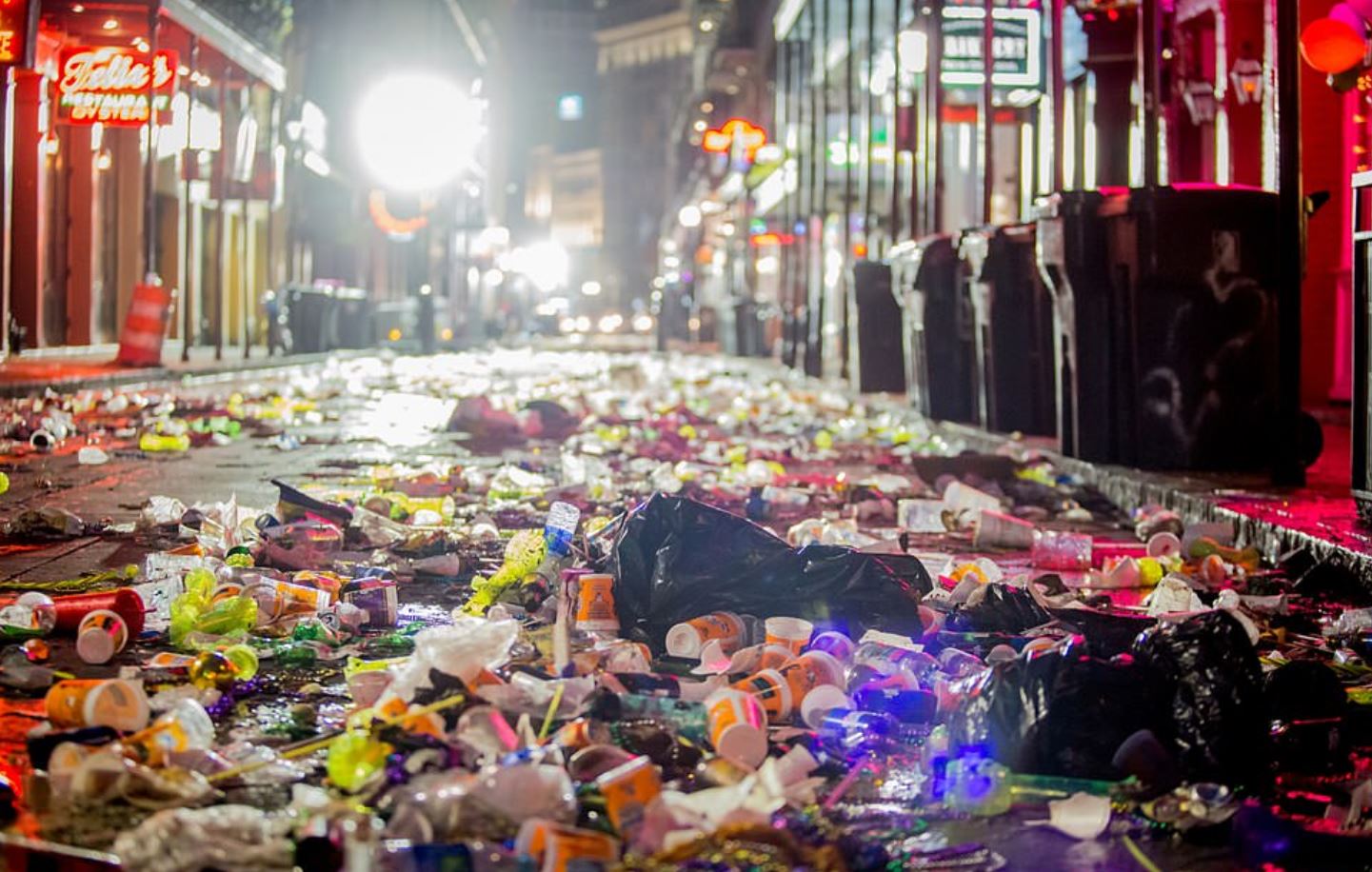 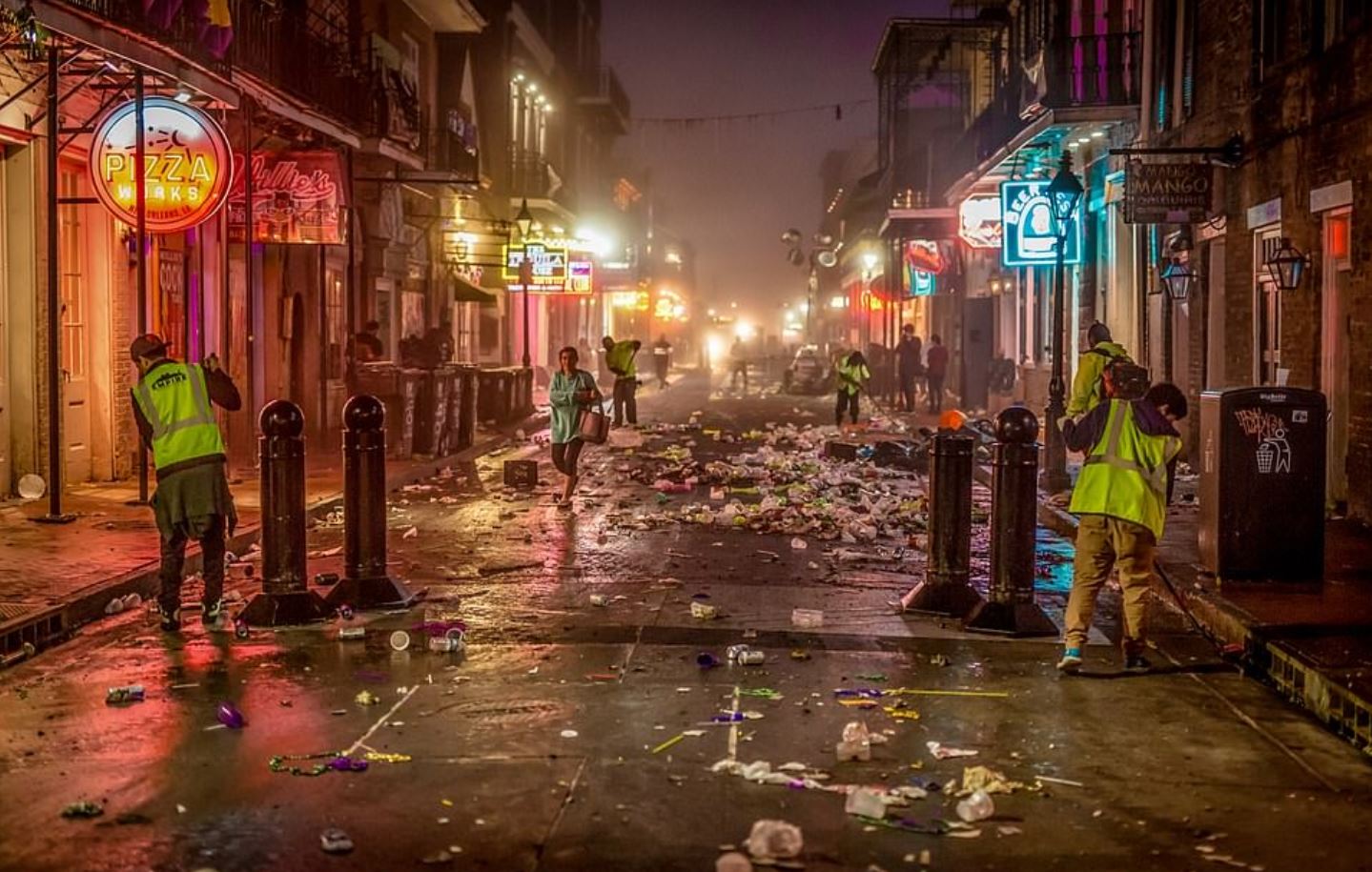 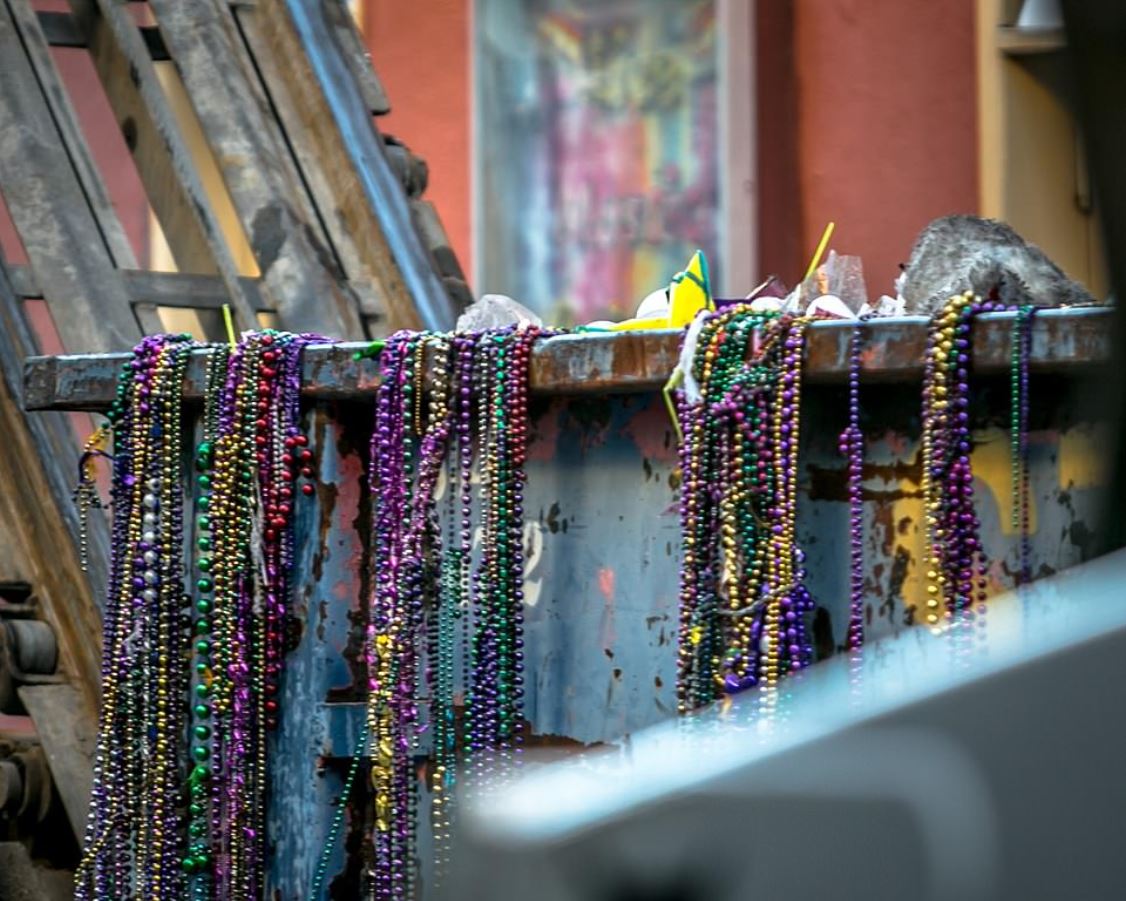 Donaldson – who normally takes wedding photos – uploaded images of the iconic event’s dirty side on Facebook.

Commenting that "even the sidewalks in New Orleans have personality", he also showed the mammoth cleaning process “that goes into the biggest trash day of the year”.

While many praised Donaldson's "beautifully shot photos", Cindy Rodberg asked on his Facebook page, "when garbage cans are overflowing, where are people supposed to put their trash?" 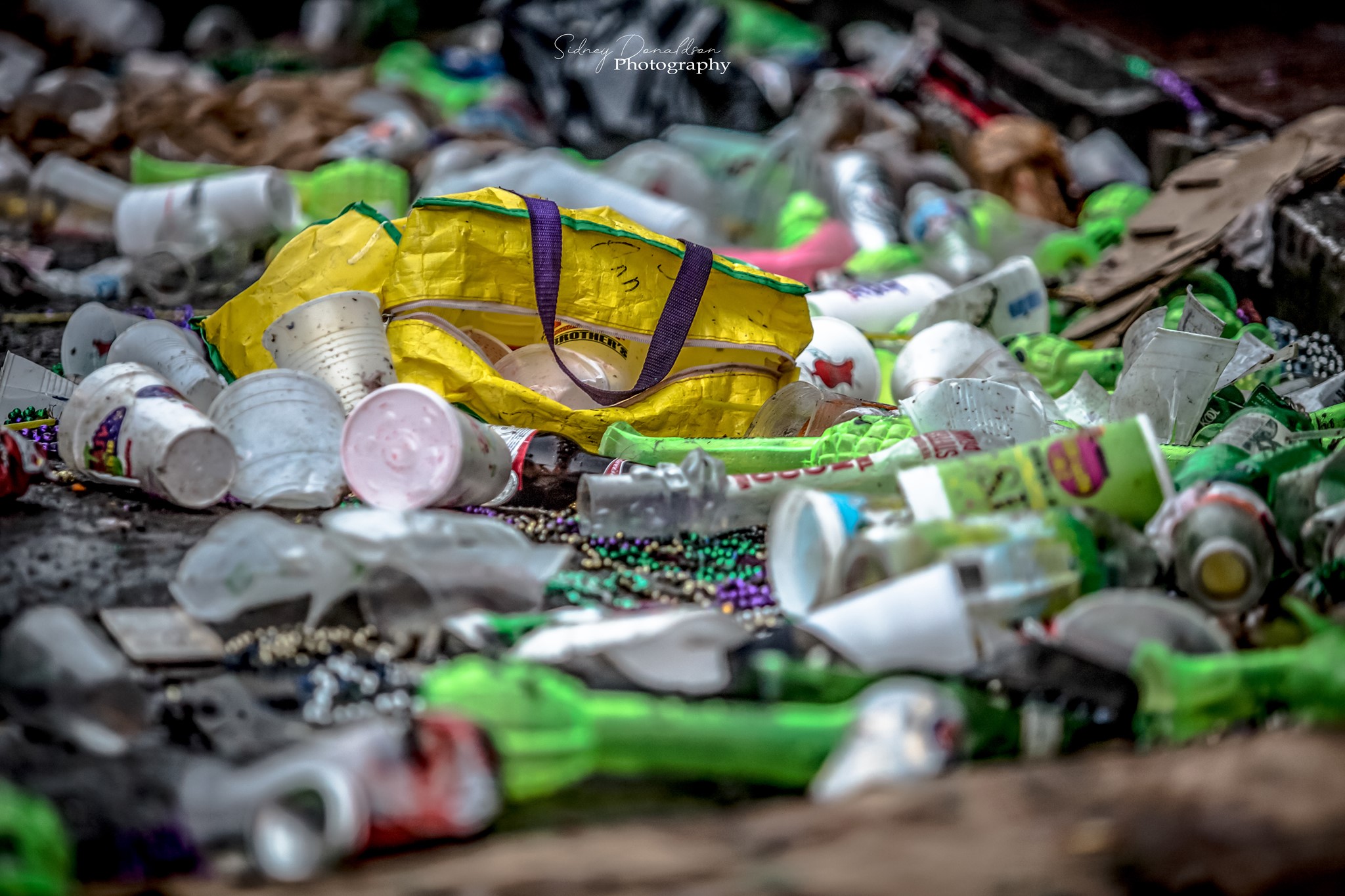 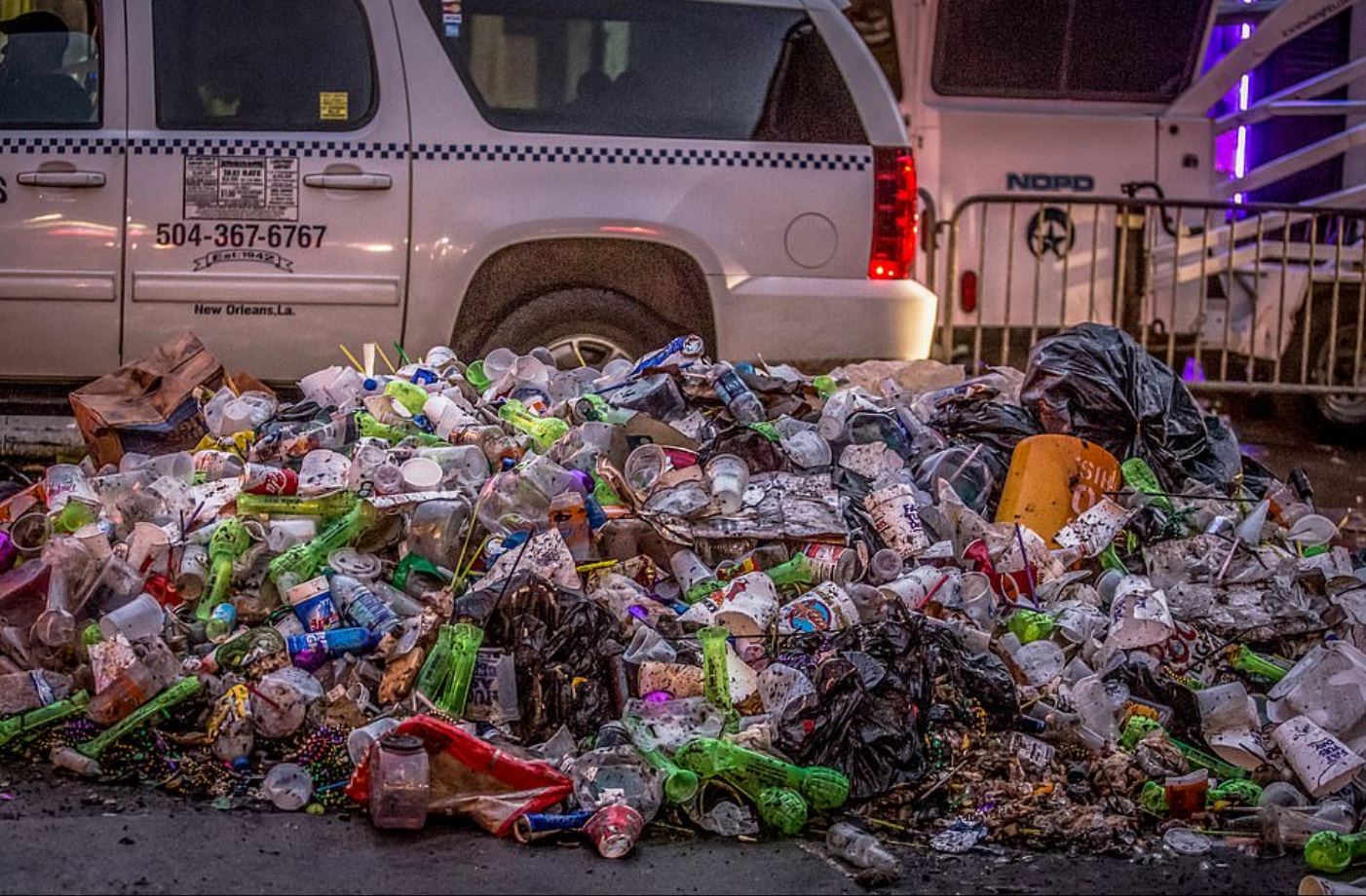 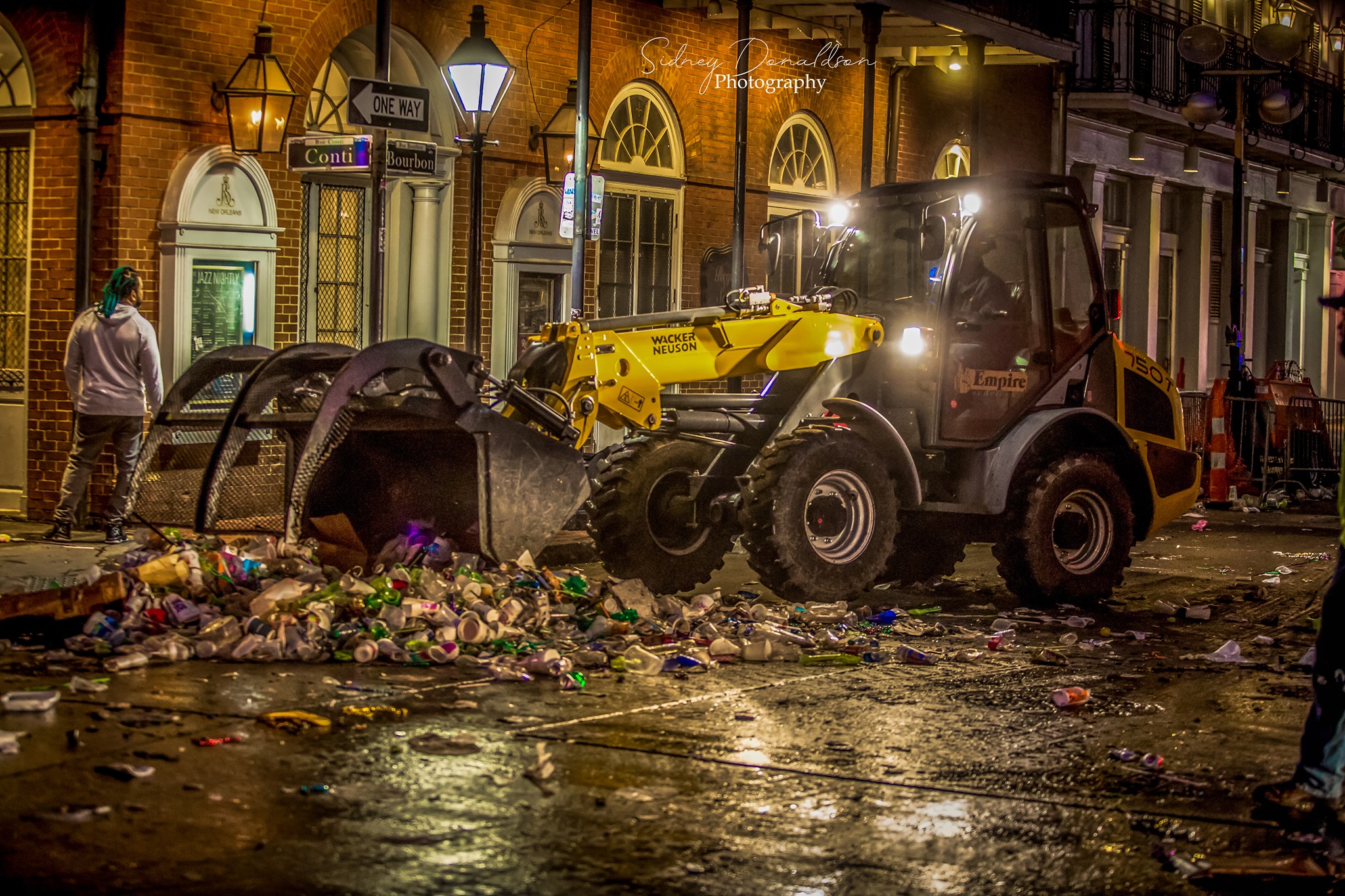 Debris included empty iconic cocktails known as the ‘hand grenade’ – a frozen, lime-green beverage sold in a tall-necked plastic container with a smiling hand grenade at its base.

Dana Rutland Gill, of Mississippi, commented: "Beautiful photos… but the amount of trash is ridiculous. Kudos to those people who have to clean it up!"

Andrea Windham Guy said it "looks like a war zone created by party time. So sad. There is much room for improvement!!"

Kelley Michelle Osment asked: "Why not try and recycle? Why are people so disrespectful to such a historic city?" 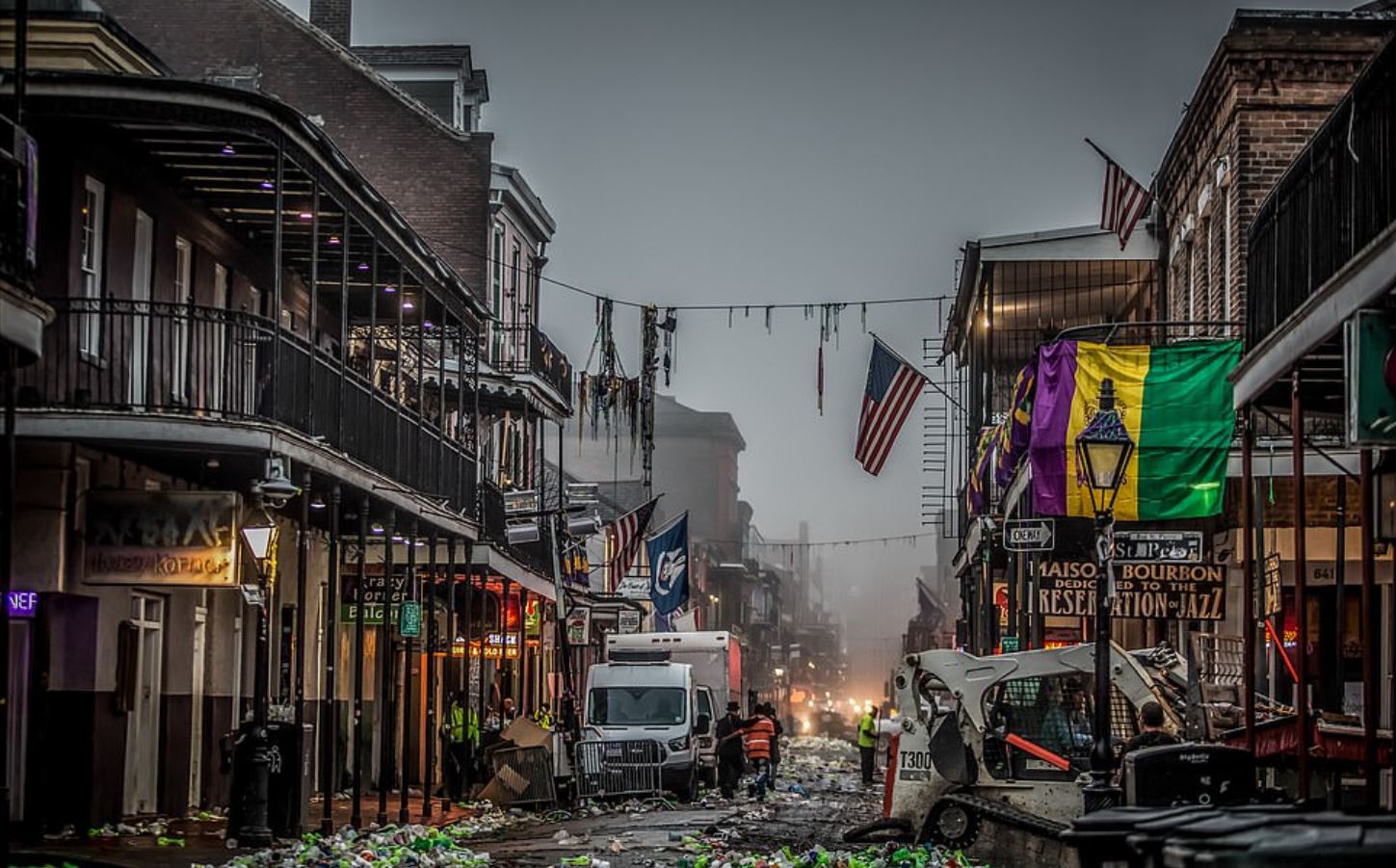 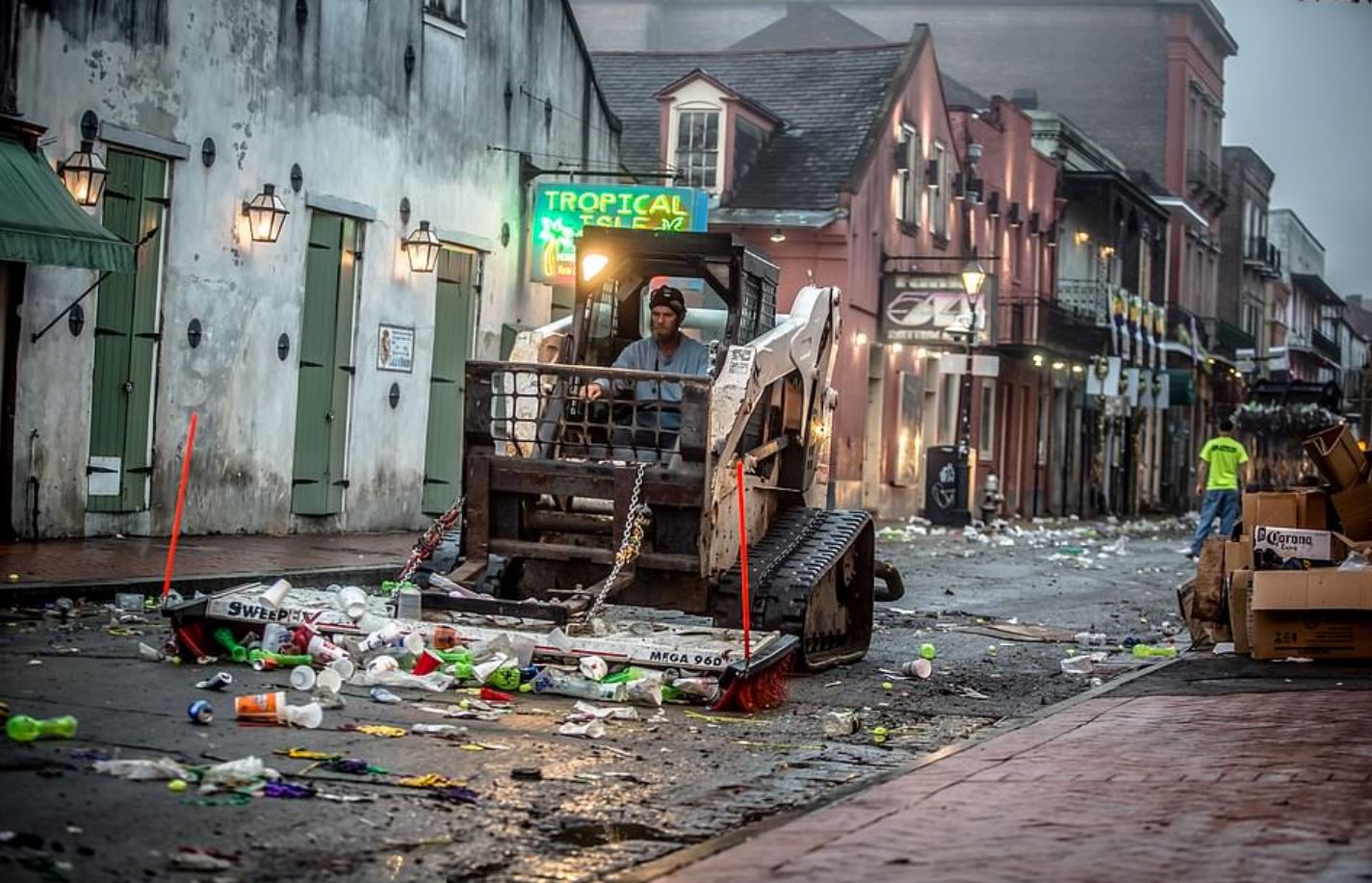 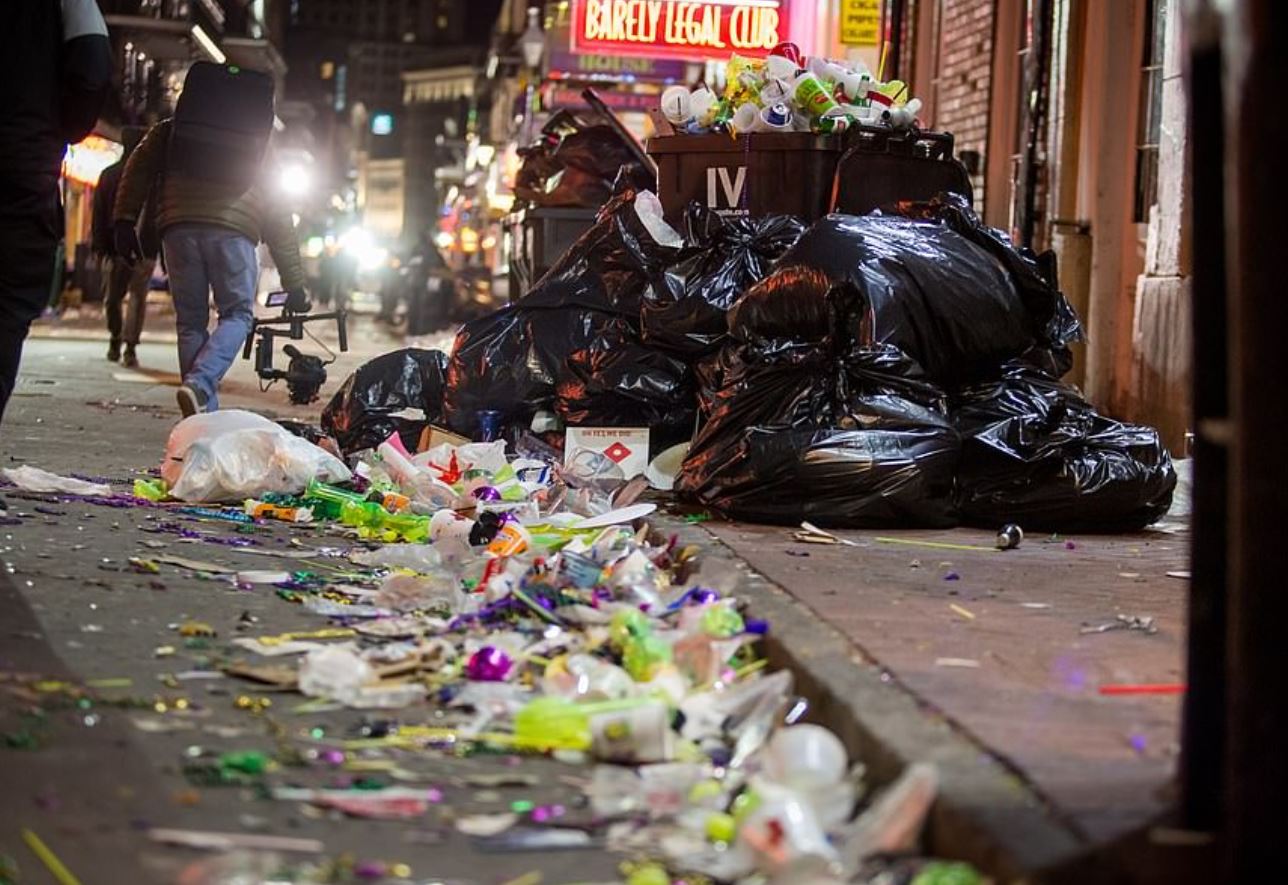 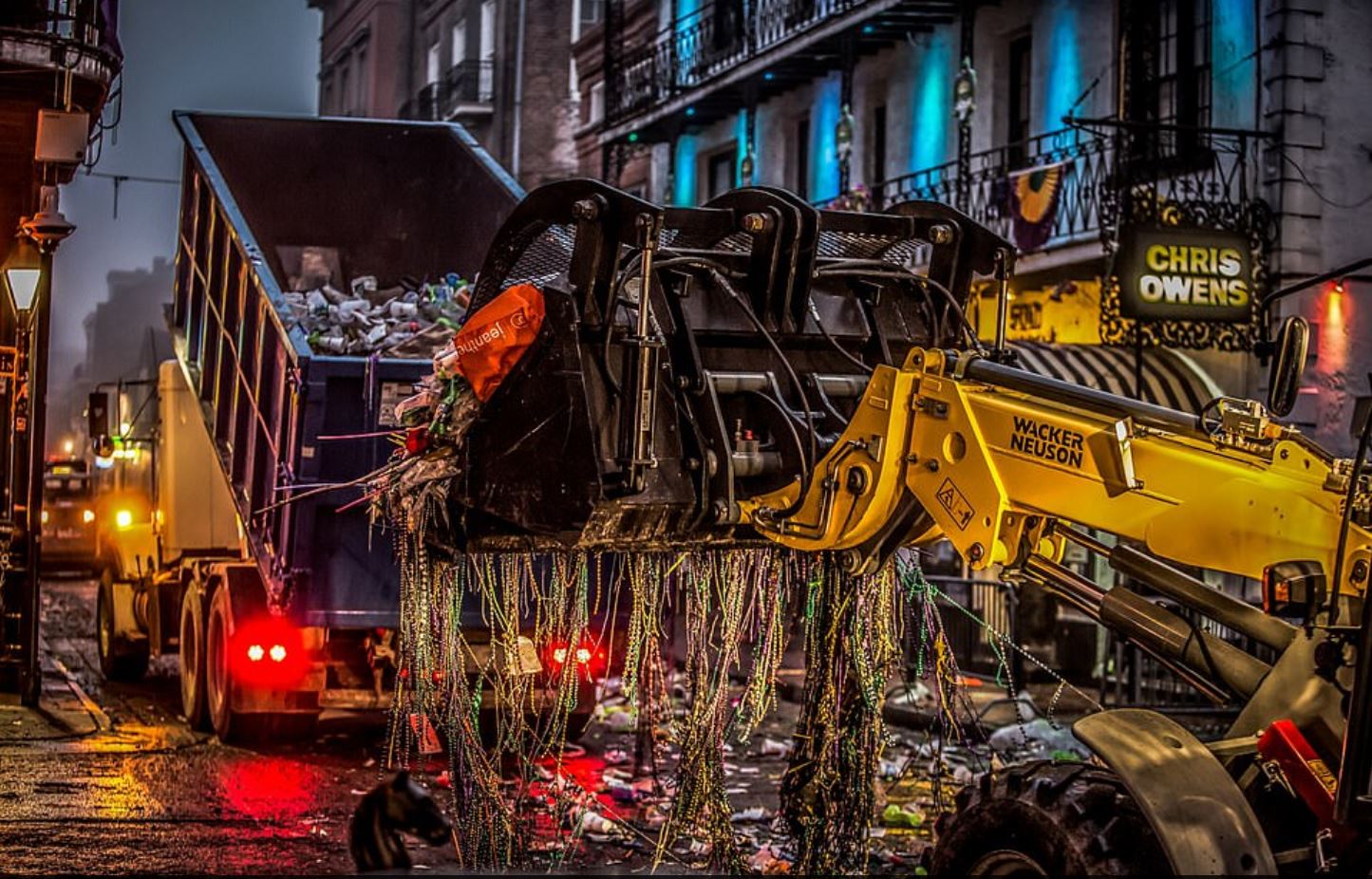 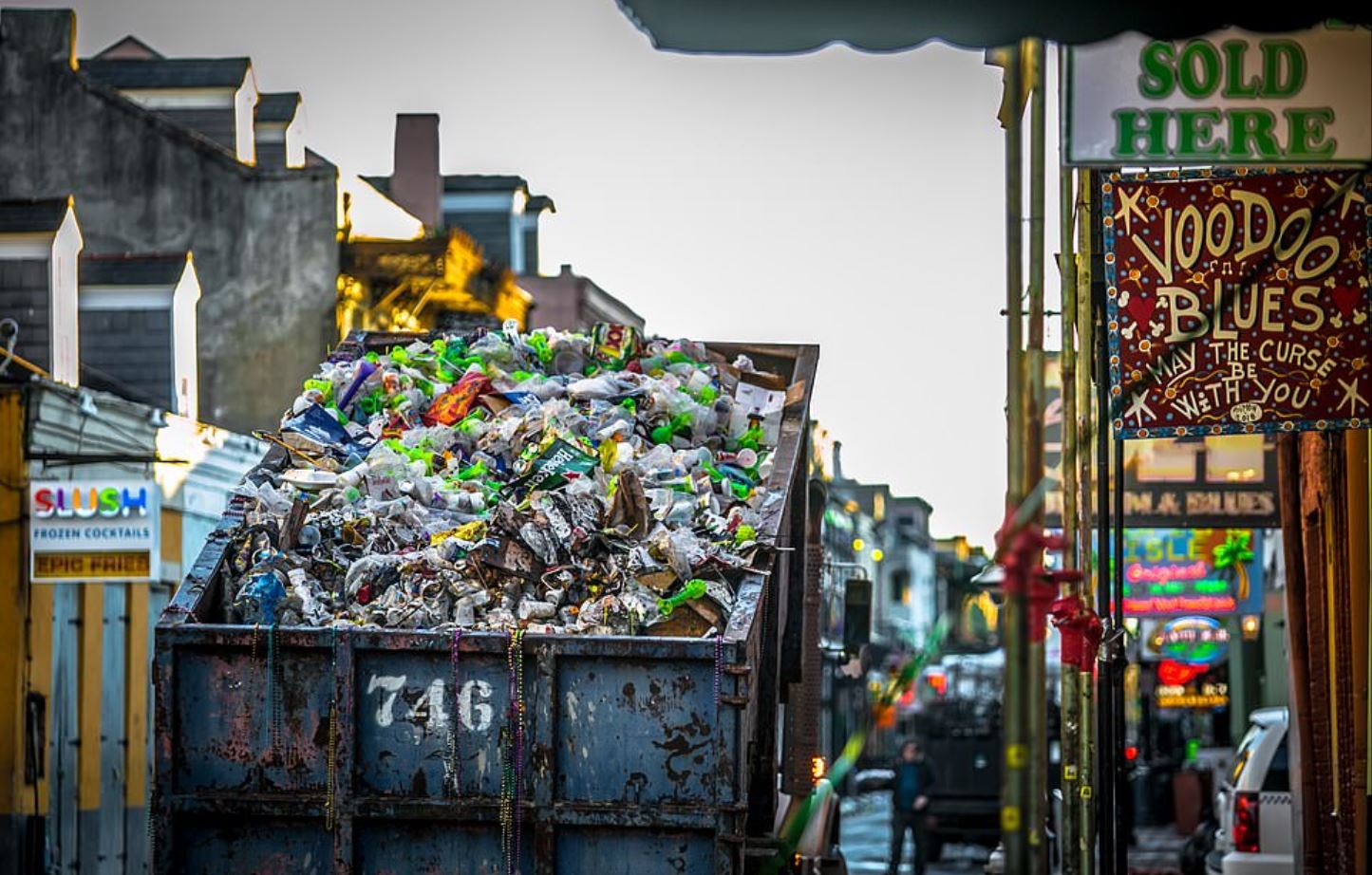 New Orleans resident Sara Sullivan replied that: "All the shops/bars sweep their trash straight out the front door onto the sidewalks.

"Then the cleaning crews dispose of everything in a matter of a few hours.

"They take a lot of pride in their city and employ a large group of hard-working people to keep it looking great.

"I can say their clean-up recovery work is impressive! All these pictures happen while the city is asleep.

"I remember walking the French Quarter early the next morning and it was spotless! You couldn't even tell they had partied into the wee hours."

Kate Markert responded: "These photos are both beautiful and heartbreaking.

"Amazing eye for the right angles makes even the rubbish seem artistic… It makes me smile thinking about the celebratory spirit of New Orleans, but this is so much trash and waste, too."

Johnny Sue hailed Donaldson's "great" pictures, even though they "capture a travesty. There’s no need for this much pollution.

"We need to find a way to bring this festival into the modern environmentally conscious age."

Mardi Gras 2020 festivities took place in New Orleans from January 6 until the parades on February 25, attracting thousands of people.

It's tradition to throw things from floats, particularly in the French Quarter, including Bourbon Street.

However, clean-up crews quickly clear the mess, leaving streets "smelling lemon fresh", according to one reveler.

Another said the cleaners were "city heroes".

This year's Mardi Gras season was tinged by tragedy after two bystanders were killed by floats in the days leading up to Fat Tuesday. 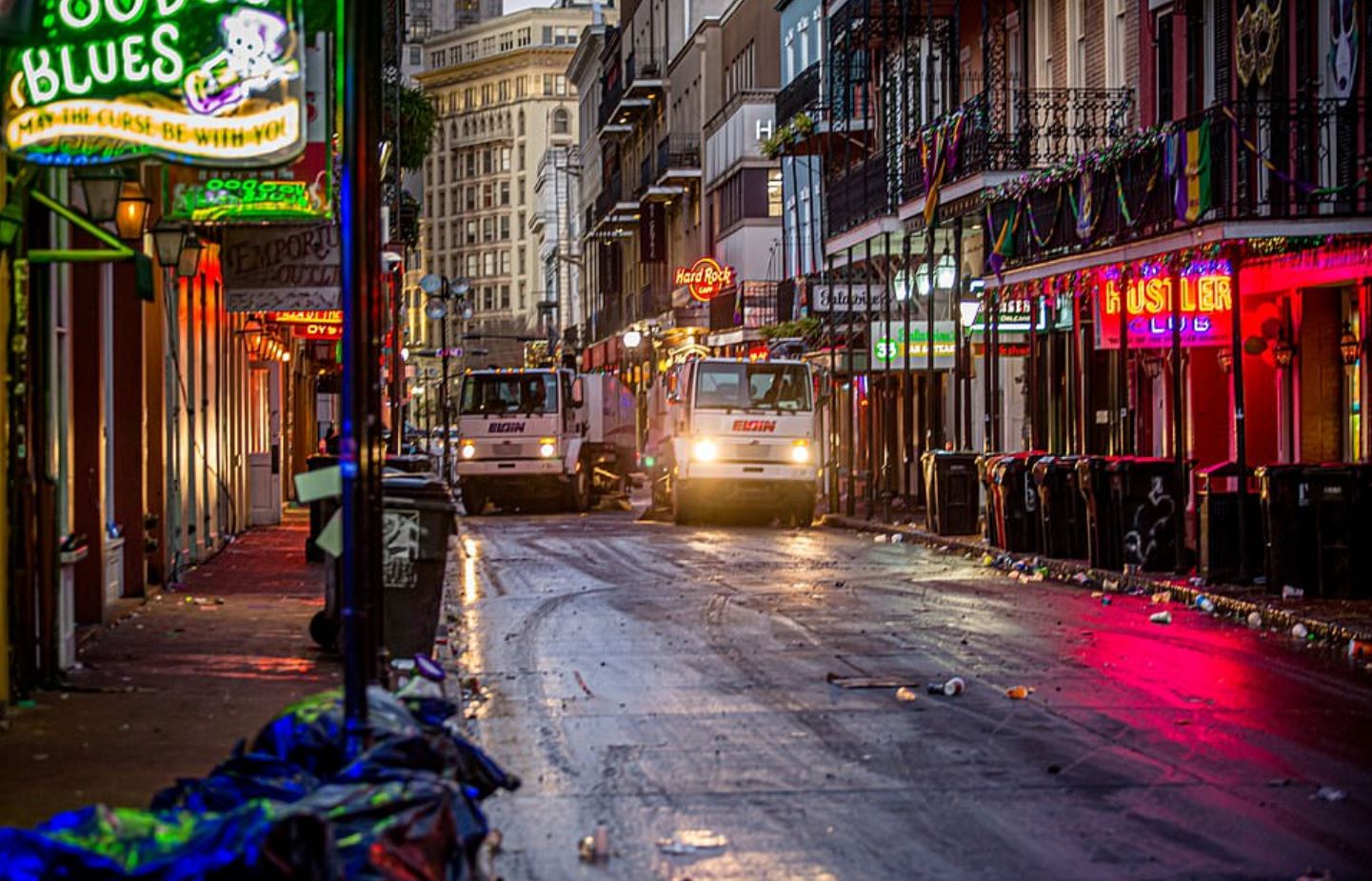 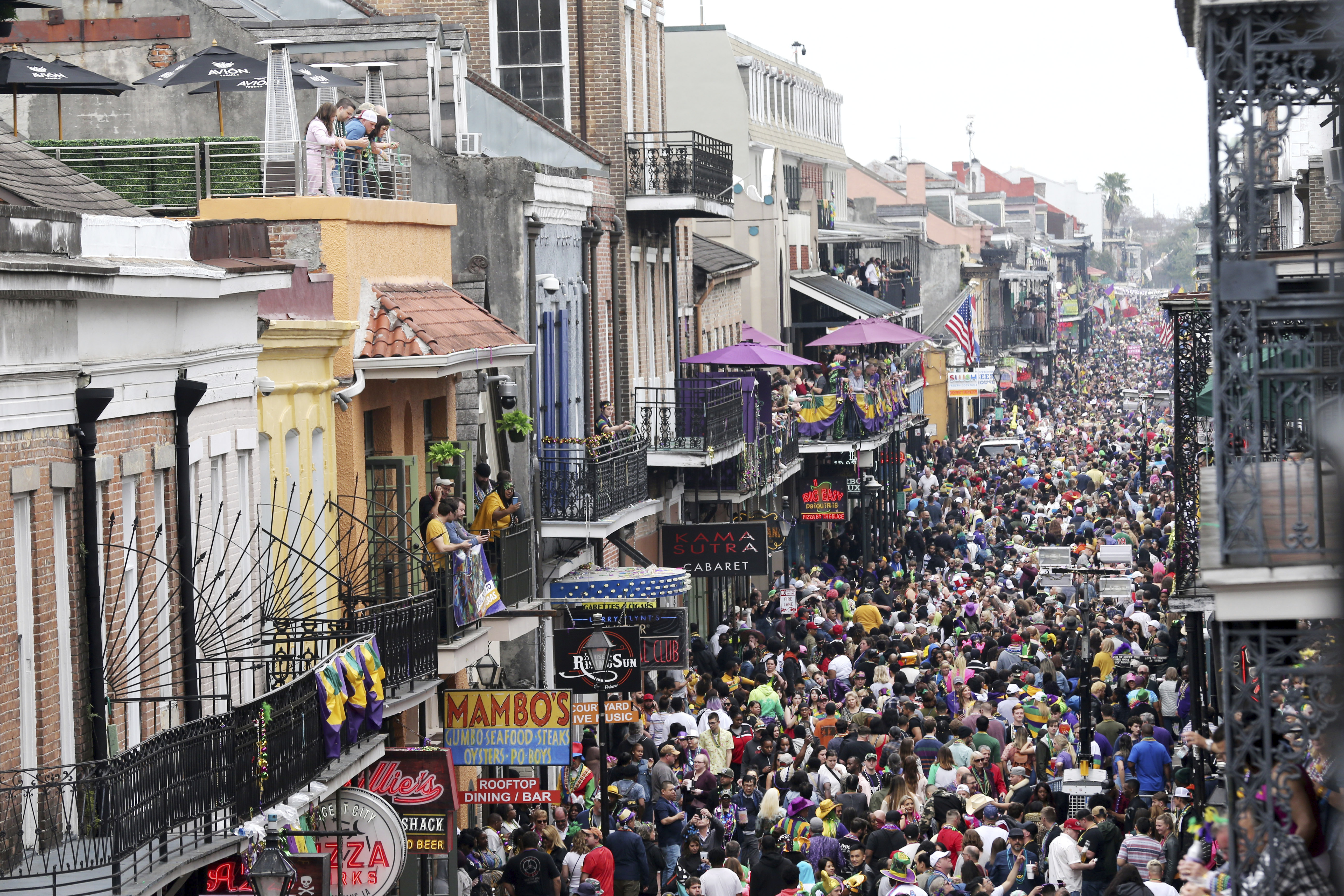 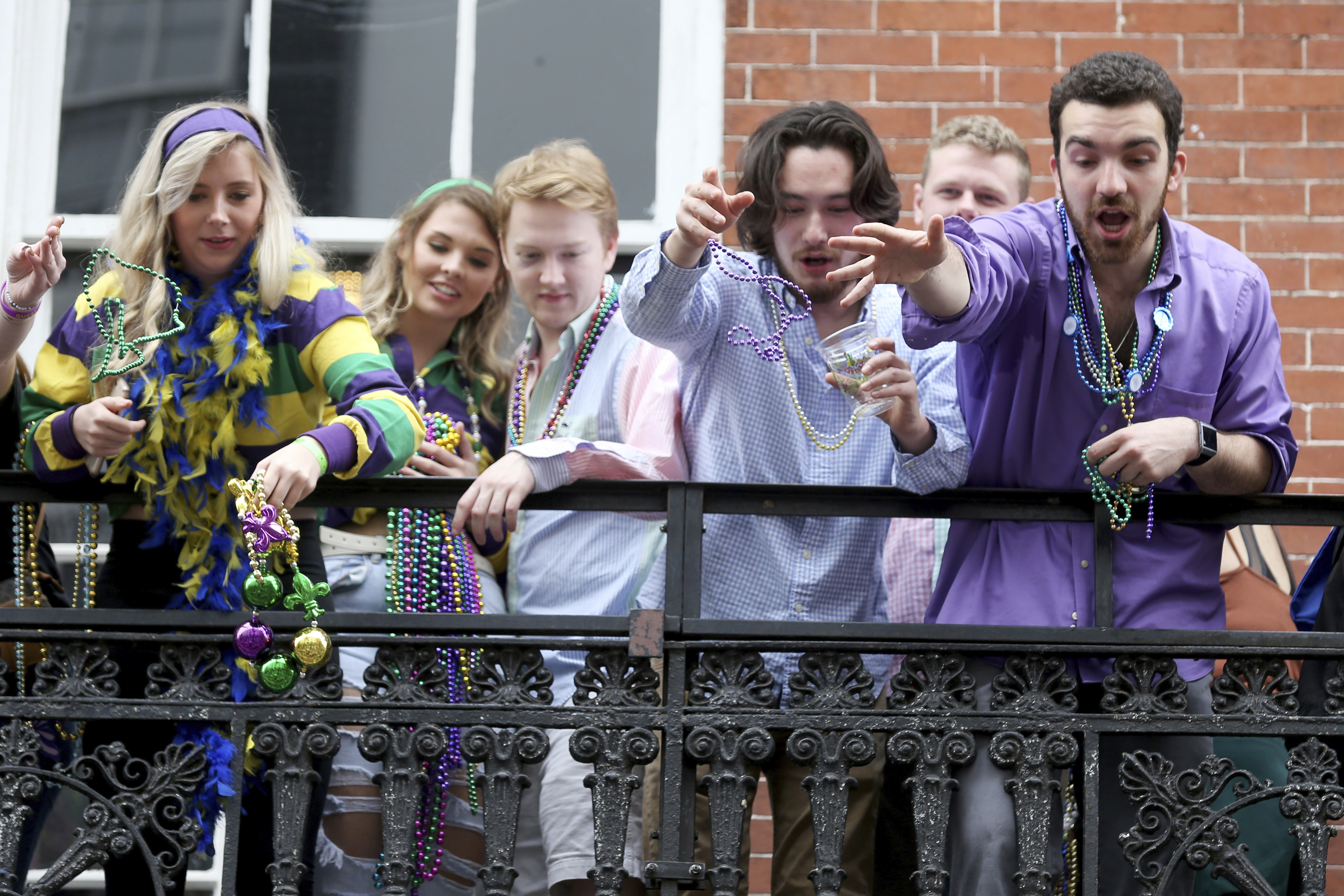