A stark sign of the public health crisis to come, the federal government has deployed the USNS Comfort, a US Naval ship with about 1,000 beds to New York Harbor. 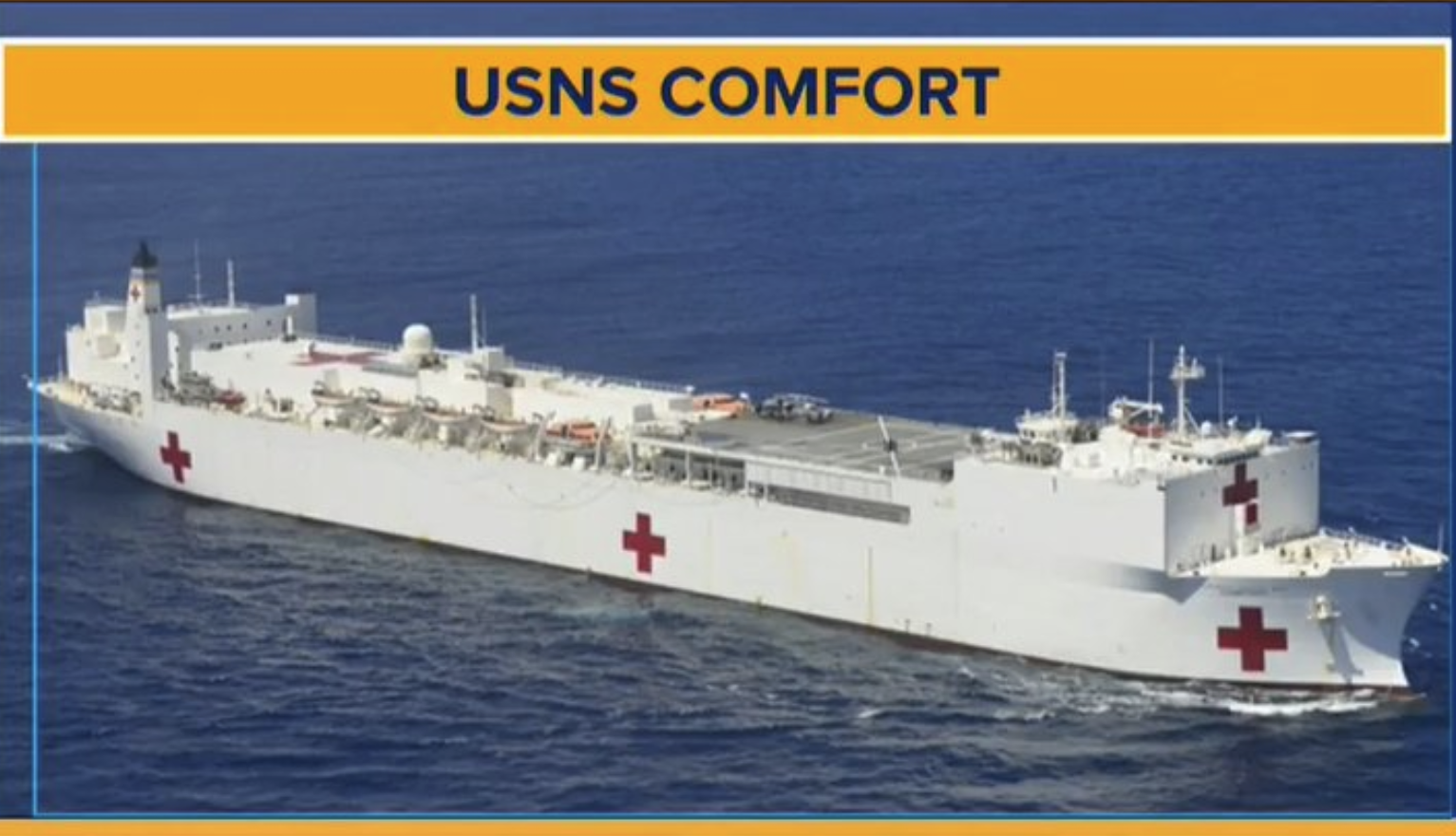 The USNS Comfort has about 1000 hospital beds, as well as operating rooms.

President Donald Trump confirmed the assistance to Governor Cuomo on Wednesday as the projected number of patients was expected to outstrip the number of available hospital beds in New York State by 50,000.

Cuomo acknowledged it was an "extraordinary step" because the Comfort is "literally a floating hospital."

But he said drastic measures were needed as coronavirus was expected to peak in the region in about 45 days.

It comes as New York City Mayor Bill De Blasio warned Big Apple residents they may be urged to shelter in place, a policy already in place in other cities including San Francisco.

Covid testing shortage may have a 'devastating' impact on patient care