A nightclub in Cardiff says it made a mistake to charge customers for drink covers that stop people from getting spiked.

Pryzm on Greyfriars Road in Cardiff, south Wales, sparked anger by charging 20p for their drink covers, when in recent months there has been a spate of spiking reports in bars and nightclubs across the UK.

The venue says this was a ‘mistake’ and it is now offering the covers for free.

A one-night boycott of clubs was held last month by the Big Night In Cardiff group in protest at spiking, as part of a national campaign. 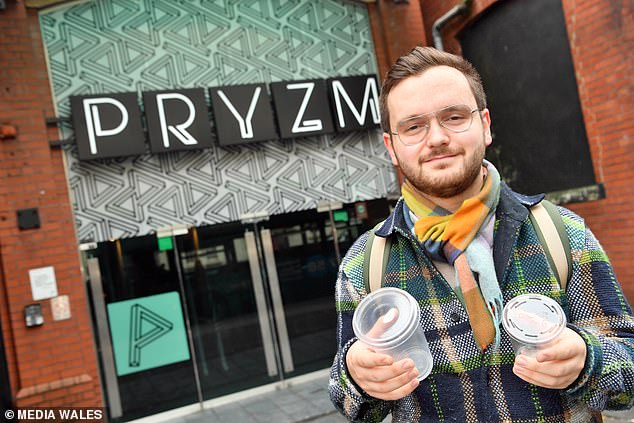 Spiking often refers to putting drugs in someone’s drink without their knowledge, but there have also been recent reports of spiking by injection.

Cardiff nightclubs Popworld, Walkabout, Be At One, Story, Metros, Mary’s and Revolution are offering them for free.

Pulse is trialling them and has no intention of charging.

The Moon bar said there had been supply issues, but it will be providing free covers.

Attention was drawn to Pryzm’s charge last week by Peter Thomas, a Cardiff University student who posted on social media about his experience of visiting the club.

The psychology student told WalesOnline: ‘I was out with a group of girls from my course on the Monday [November 1].

‘I thought we should do something to make sure we’re not spiked, and when we got to Pryzm, I realised that would be a lot more difficult than I’d thought.

‘I wasn’t offered a cover myself, which felt a bit selective, but they were offering them to the girls and asking for 20p per lid.

‘Who’s going to remember to ask for that each time they get a drink?

‘Who wants to pay that each time they get a drink?

‘It felt like they were using it as a business opportunity.

‘It came across as cashing in on spiking when this could literally save a life. 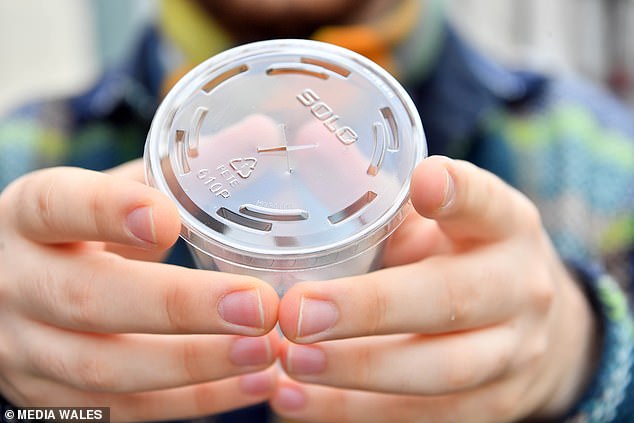 Pryzm says the charge was an attempt to encourage people to reuse the plastic covers, but Mr Thomas believes this could be problematic: ‘If you’re dancing and the lid gets squashed a bit, it’s difficult to reuse from a safety perspective.’

‘The girls I was with were a bit gobsmacked.’

Pryzm says the charge was an attempt to encourage people to reuse the plastic covers, but Mr Thomas believes this could be problematic.

The student, of Cathays, said: ‘If you’re dancing and the lid gets squashed a bit, it’s difficult to reuse from a safety perspective.

‘They also ran out during the night, and I thought, “Oh my God, surely a club network of that size should be able to source something,”.

‘It’s not the frontline staff’s fault.

‘Charging has probably got them more abuse, when those staff probably don’t want to be charging in the first place.’

The experience prompted Mr Thomas to write on Facebook the following day about his anger over Pryzm’s policy, in a post which gained more than 500 likes.

‘I know a lot of people have stopped going out now, and don’t feel safe in Cardiff anymore,’ he said.

‘I’ve been here four years, and it’s the first time it’s felt like this.’

Cardiff Students’ Union has been providing free covers at its bar for at least three weeks.

It stocks both drink and urine testing kits, which students can use if they think they may have been spiked.

Debbie Beadle of Cardiff Women’s Aid said: ‘It’s nightclubs’ responsibility to make sure they are doing everything in their power to make an environment where it’s unacceptable to have this behaviour.

‘Women are scared to go out. We are now seeing women staying at home. Is that the society we want?

‘That’s not stopping injections happening. It’s about training staff to be more vigilant, making sure they are covering areas where it could happen.

‘Whether that means staffing clubs more, that’s what they should be doing.

‘It’s a growing concern. This is having an impact on young women’s lives, especially after Covid and the impact on being able to go out, and this builds into that anxiety.’

She said the charge was ‘not acceptable’ and welcomed the u-turn, adding: ‘The emphasis shouldn’t be put on women and victims of abuse to make themselves safe.’

The National Police Chiefs’ Council said on October 25 that there had been around 140 confirmed reports of spiking that month and in September, and another 24 reports of ‘some form of injection’. 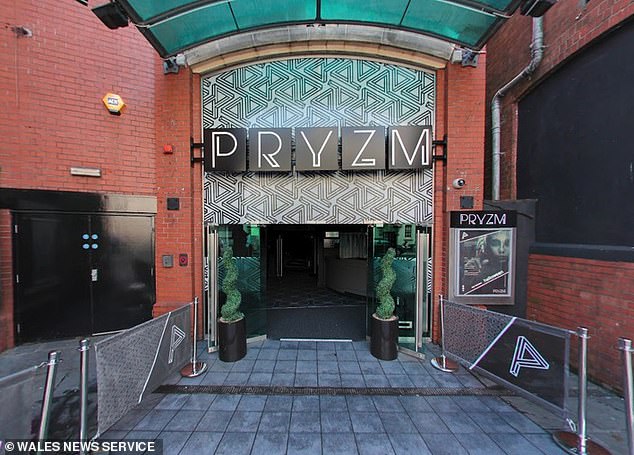 There were both male and female victims, but the majority were young women.

A Pryzm spokeswoman said: ‘Keeping our guests safe is our number one priority. We’ve listened to our guests and accept we made a mistake and are not charging for drink spiking devices.’

The club chain says its staff are ‘fully trained’ on spiking and what to look out for.

It is searching all customers on entry, with ID scanners and metal detector arches. Its security staff wear bodycams and it has medics in its venues.

A spokesman for Cardiff Students’ Union said: ‘We sometimes run out with the current supply issues [with lids], which I predict towards the end of November for a week or two again.

‘When this happens, we offer to decant bottles into the cup with lids.

‘We have private medical staff at club nights with a minimum of one paramedic level. We have also been using drug dogs on entry for the last two weeks and will continue for one more week to help with entry.’

South Wales Police say they are aware of ‘public concern’ around spiking reports, as well as ‘some concern at the possibility that people are being ‘spiked’ by needles or syringes containing drugs’.

Assistant Chief Constable Jenny Gilmer said: ‘We have received reports from people who believe [needle spiking] might have happened to them and these are currently under investigation.

‘The 18 reports [in September and October] range from the person reporting feeling a pin-prick or experiencing soreness or a mark to the arm.

‘Our officers are working with licensed premises to alert them to spiking methods and asking them to be extra vigilant at this time.

‘We take all reports seriously and encourage anyone who believes they have been a victim of spiking in any form to contact us.

‘South Wales Police has an excellent history of partnership working and we provide training to staff at city centre licensed premises to help them identify and safeguard vulnerable people and we regularly see examples of where this training has paid off.’

A Senedd debate was held on Wednesday over potential measures to clamp down on spiking.

Ideas included free drug test strips at all Welsh venues, better staff access to training on spiking, and tougher sentences for those found guilty of spiking.

UK divorce rates will rise as couples who don’t get on self-isolate in coronavirus crisis, lawyer claims – The Sun