Office worker, 27, nicknamed ‘The Boss Lady’ hanged herself hours after wine and cocaine-fuelled row with boyfriend she had recently dumped, inquest hears

An office worker nicknamed ‘The Boss Lady’ by colleagues took her own life after a wine and cocaine-fuelled row with her boyfriend who she had recently dumped, an inquest has heard.

Alexandra Green, 27, had been drinking wine and taking cocaine during a night in with Damian Smith, but asked him to leave her home in Chester city centre after they started to argue.

Three hours later, Mr Smith returned to her home after receiving a flurry of texts from his partner of two years.

Upon arrival, he found Miss Green dead at the top of her stairs. 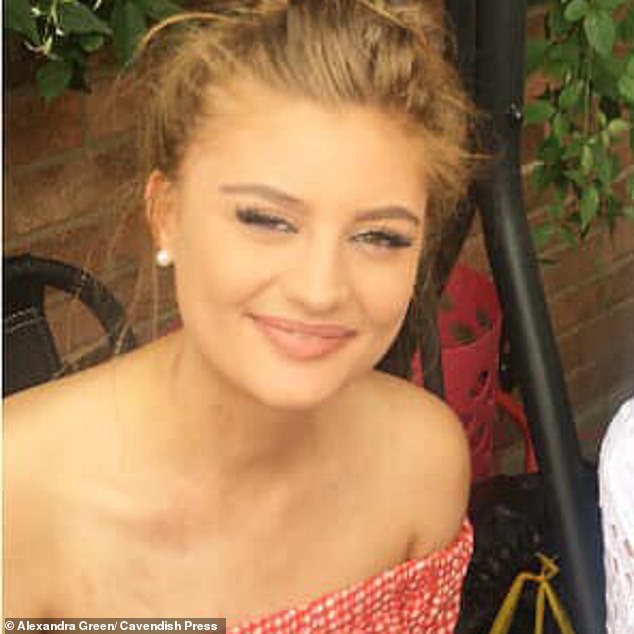 Alexandra Green was found dead at her home in Chester following a row with her boyfriend, after both had spent the night drinking and taking cocaine together

An inquest heard Miss Green who lived with her French bulldog Roman had dated Mr Smith for over two years but the couple had frequent arguments.

She had a history of anxiety and depression and had previously been treated for an eating disorder.

In the days before her death on August 9 last year, Miss Green rang a work colleague in tears saying she was ending her fling with Mr Smith and arranged for him to pick up his belongings.

Miss Green’s boss Claire Thompson, a team manager for Sykes Cottages said: ‘I hadn’t seen her face to face due to everyone working from home because of the lockdown but I was in regular contact with Lexi virtually every day as a friend and work colleague.

‘At Christmas 2019 I was aware she had a boyfriend called Damian. She wasn’t one for discussing her relationship or divulging details about him. She was really independent and preferred to talk about things like make-up or her dog.

‘You would never think there was anything wrong with Lexi. She would always make me laugh without fail and she was a lovely bubbly person. 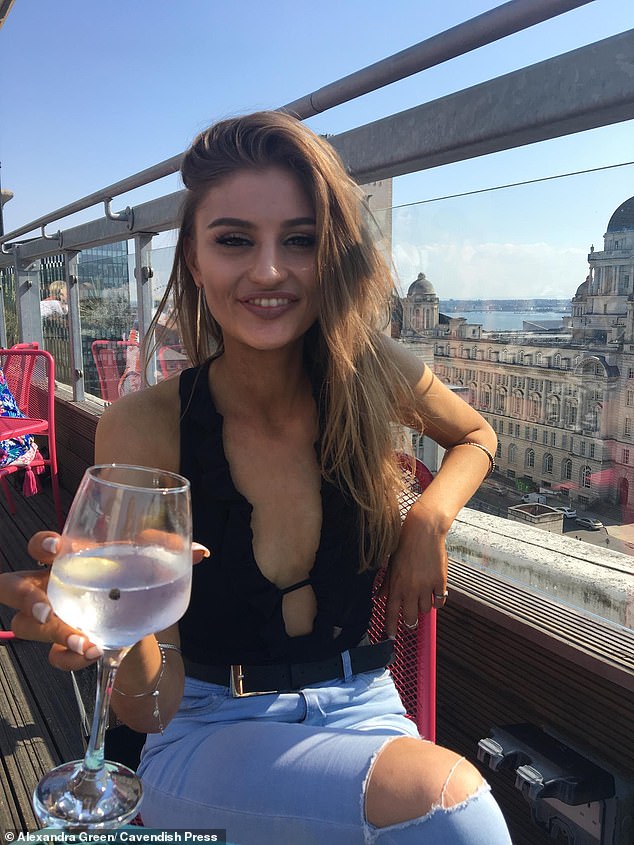 The 27-year-old was described as ‘independent’ by colleagues, who added that she was a ‘lovely bubbly person,’ who could ‘always make people laugh’ 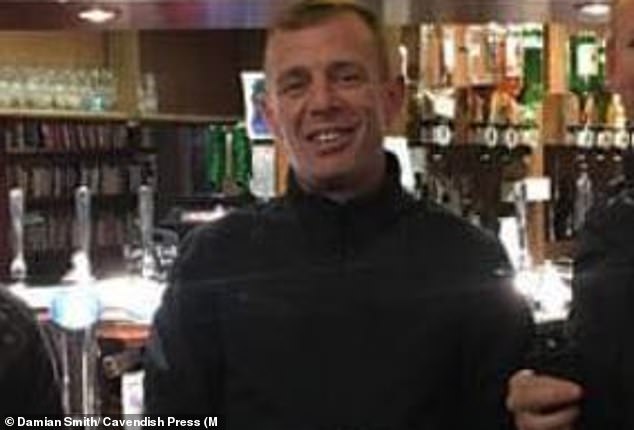 In a statement, Damian Smith, told an inquest that he ‘cannot understand,’ why Alexandra decided to take her life 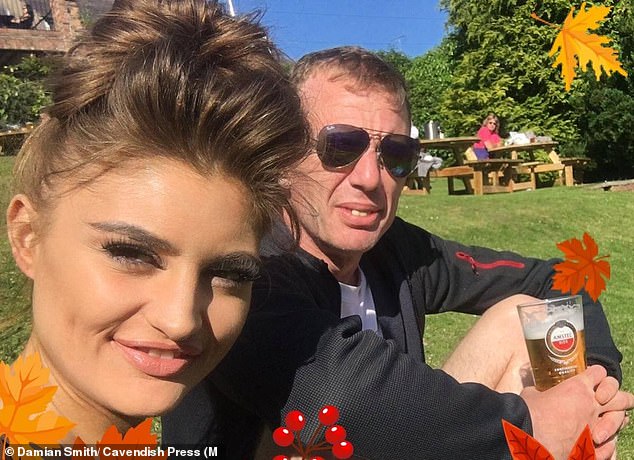 Damian Smith found Miss Green dead at her home in Chester last August. She had asked him to leave the property after a row, but he returned after receiving a flurry of texts

‘She was one of those people who didn’t realise how amazing she was. I often spent time helping her with her fake tan as she did not rub it in properly and she never complained about work and just got on with it – even during lockdown.

‘The only time I was worried about her was on Wednesday August 5 when I was out for lunch and received a private message.

I was immediately concerned because she had never bothered me before when I was on lunch and she also emailed asking to speak to me specifically. I called her and she was crying her eyes out and sobbing uncontrollably.

‘She told me she had had enough of him and that she was going to kick Damian out.

‘I asked how she was feeling but she appeared head strong and was determined to go through with her decision that he was out and that she wanted nothing more to do with him.

‘She said she had told him he could come round and pick up his things on Thursday night and I told her I was available should she need anything. She appeared so strong and she had made her mind up.

‘The next day I emailed her and asked how she was getting on and she said she was distracted but getting on with it.

‘I told her to let me know if she needed anything and I did the same on the Friday and got a similar response. 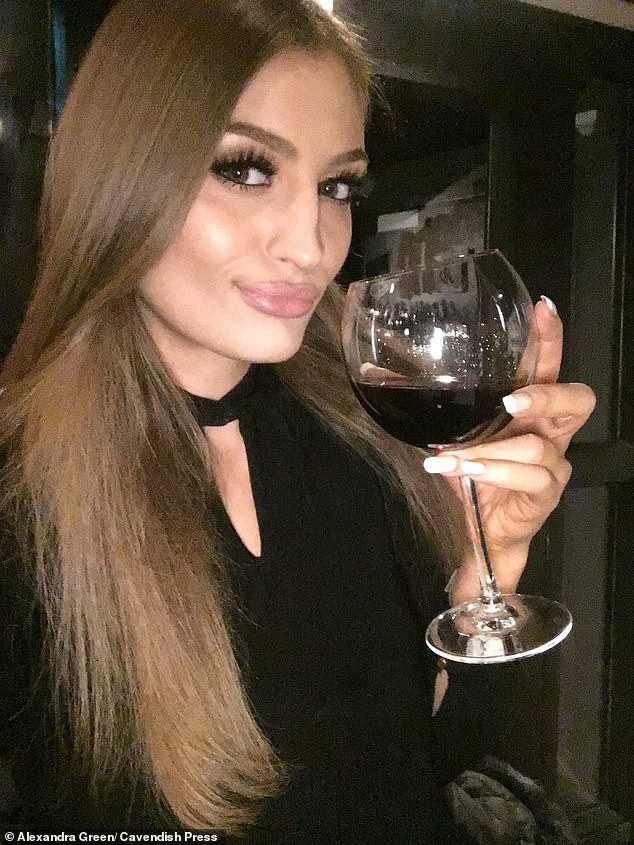 Alexandra’s boss told an inquest how the customer service worker had planned to leave her boyfriend, saying she ‘wanted nothing more to do with him’

‘I told her how strong I thought she was and told not to forget she was the “Boss Lady” which was a silly nickname I gave her. I never noticed anything out of the ordinary.

‘She had visions of being promoted and she thought the world of her dog Roman. On the Monday I was approached by a work colleague who looked upset and asked if I heard the news.’

In a statement Mr Smith told the Warrington hearing: ‘We had spent the day together and had been drinking and taking cocaine but just before midnight we had an argument.

‘Arguments were normal for us when we had been drinking and Alexandra said she had called me a taxi and I left after it arrived. 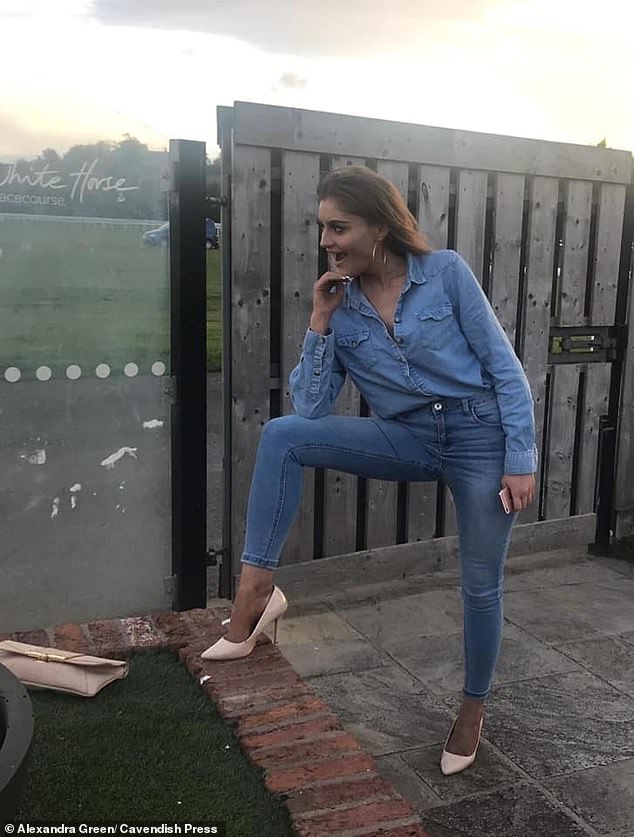 Detectives investigating the tragedy found no suspicious circumstances behind her death. A conclusion of death by suicide was recorded by the coroner Heath Westerman

‘This in itself was not usual as I would sometimes stay away for a few hours and then go back at which point Alexandra would be asleep. But when I left she was texting me. I texted her and came back at around 3am but found her at the top of the stairs and I knew she was dead.

‘Alexandra and I had been together for nearly two years and I knew she had mental health problems and I felt this was a cry for attention.

‘I loved her she was beautiful and I cannot understand why she did this.’

Toxicology tests showed Miss Green had 180 micrograms of alcohol per 100 millilitres of blood in her system.

The alcohol limit for driving is 80mg. Detectives investigating the tragedy found no suspicious circumstances behind her death. A conclusion of death by suicide was recorded by the coroner Heath Westerman.

Earlier Miss Green’s mother Heidi Green said in a statement: ‘As far as myself and other family members were concerned, there was never any indication as to her intentions.

‘She was close to her grandparents and brothers and there were so many people who would have been there in seconds if they knew she had an issue. She knew the door was always open if there were any problems.’

E-bikes under fire as accidents, fatalities climb in NYC