The Victorian Ombudsman says the Andrews government is not providing enough funding for the integrity watchdog to perform its core functions and could be perceived to be undermining the agency.

Ombudsman Deborah Glass, tasked with investigating public sector wrongdoing, says her office has been allocated yearly funding about $2 million less than it spent last year, meaning it would need to seek one-off payments to maintain its current level of expenditure. 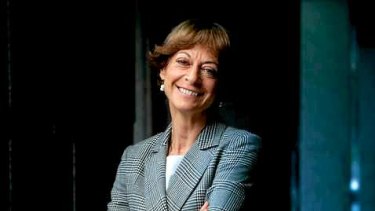 Ms Glass said she received $6 million, or about one-third, less funding than she requested for 2020-21. She said this could inhibit the number of investigations the body conducted. The Ombudsman is investigating alleged branch stacking by Victorian Labor MPs and former minister Adem Somyurek.

"I sincerely hope this is not a deliberate attempt to undermine my office, but it certainly could look like it," she said, adding the "appearance of it is very poor."

Ms Glass said the money she wanted for her office was "not to do anything fancy or new, but simply to operate efficiently and effectively". She said a state Ombudsman should not "have to fight year-on-year to be able to do that".

"The cynic in me says that governments fund their ombudsman as little as they can get away with," she said.

The Ombudsman's office had its funding increased from $16.2 million to $19 million in this year's budget and Ms Glass said the numbers, "on the face of it", indicated a funding boost.

In reality, she said, the office ran a deficit last year after it spent close to $22 million, more than $5million over-budget, meaning this year's funding was around $2 million less than was required last year.

The actions of sitting Labor MPs are being examined after the matter was referred to the Ombudsman by parliament.

Ms Glass said the government was "well aware" an additional one-off payment would be required to fund the inquiry into Labor branch stacking, prompted by a series of stories by The Age and 60 Minutes.

IBAC commissioner Robert Redlich in July complained about a critical lack of funding from the Andrews government but Premier Daniel Andrews has consistently said the agency received enough. Mr Redlich has said the shortage of resources could soon hamper IBAC's ability to complete a growing list of investigations.

Ms Glass said underfunding the Ombudsman had been a long-standing practice by Liberal and Labor governments. She said the only occasion since her tenure began in 2014 where her office received the amount requested was in the year before the 2018 election.

A spokeswoman for the Andrews government said the Ombudsman played a vital integrity role, and that they had "the resources required to investigate misconduct within our public sector".

They said that the nature of what the Ombudsman was investigating "is not and never has been a factor in the allocation of funding".

The Ombudsman was recently granted powers to provide education campaigns to the community and to public sector bodies with the aim of increasing the number of people likely to blow the whistle on corruption. She said her office may not be able to perform this function or investigate as many matters as it would like if funding did not increase.

"Ultimately it risks damaging public confidence in the integrity of government," she said. "The Ombudsman is one of the few independent entities that is known to hold government to account."

Ms Glass said the Ombudsman had the same powers as a royal commission and her office could be used by the government to investigate serious matters of public concern in a cost-effective manner.

"While [the Ombudsman's funding] may seem in absolute terms like a large amount of money, compared with the amount that is spent on inquiries and royal commissions, it is extremely small. In the vast ocean of government spending, we're talking about a few drops."