Osama bin Laden gassed my puppies: Terror leader’s son reveals trauma of growing up with jihad-obsessed father and says he wants to move to the UK and is applying for a visa

Growing up under the weight of parental expectation is hard for any child – but few  can claim to have endured worse than Omar bin Laden.

That’s because his father, Osama, was the leader of Al Qaeda and raised the boy to be the heir to his empire of terror. That meant beatings, desert survival sessions, and the trauma of hearing how chemical weapons were tested on his pet puppies.

Omar, the fourth son of Osama, is now aged 41 and an artist living in Normandy with his British wife – formerly a Cheshire parish councillor called Jane Felix-Browne who now goes by Zaina bin Laden – where they are planning to rent holiday apartments.

But the couple dream of moving to the UK to be closer to Zaina’s family, with Omar revealing that he came here two years ago and was turned back at the border. He is currently applying for a visa, having failed to get one several times in the past. 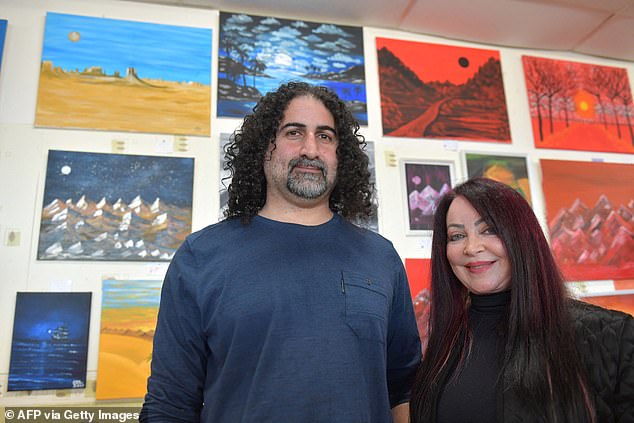 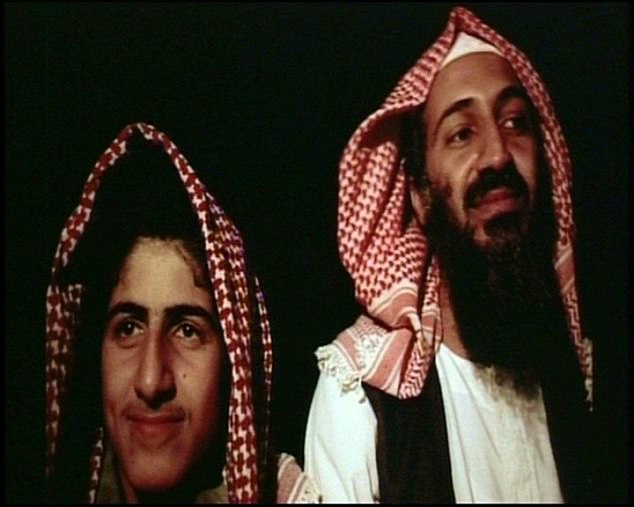 Omar was chosen by father Osama as heir to his empire of terror aged 15, but fled Afghanistan shortly before 9/11 and did not speak to his father – who was killed in 2011 – again

Speaking to The Sun in Qatar where he travelled to watch the World Cup hosts play against The Netherlands on Tuesday, Omar recalled coming to the UK by ferry two years ago and landing in Portsmouth.

He said: ‘When I put my foot on English soil [border guards] took us straight away to the questioning room for many hours.

‘But they were very kind and very respectful.’

Omar was denied entry because of an issue with his paperwork, and he and Zaina returned to France where they are currently renovating flats in a 500-year-old apartment block and plan to open a restaurant.

But he still dreams of one day coming to the UK and has applied for a visa.

On his TikTok page, which has just 14 followers, the most recent post is a tribute to the late Queen who he described as ‘the Queen of the world.’

In the meantime, the couple subsist on money from Omar’s paintings which he sells for £8,500 each. His favourite subject is mountains, which he says remind him of home and give him a feeling of safety.

Born in Saudi Arabia in 1981 to Osama’s first wife, Najwa, Omar grew up in relative comfort surrounded by the trappings of what was then one of the country’s biggest construction firms, the Saudi Bin Laden Group.

But he also endured regular beatings from his disciplinarian father who by then was heavily involved in fighting the Soviets in Afghanistan and well on the path to becoming an avowed jihadist. 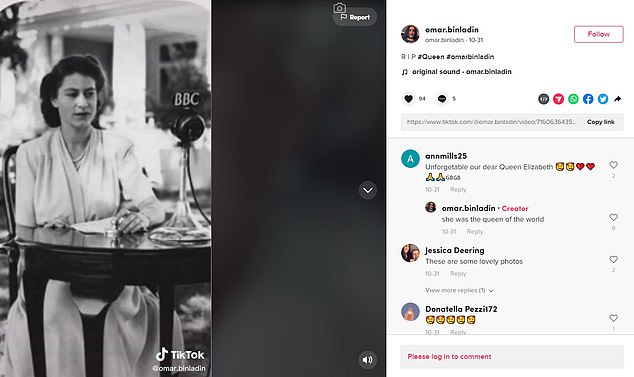 Omar wants to live in the UK and is applying for a visa, having uploaded a video tribute to the Queen on his TikTok page  following her death earlier this year 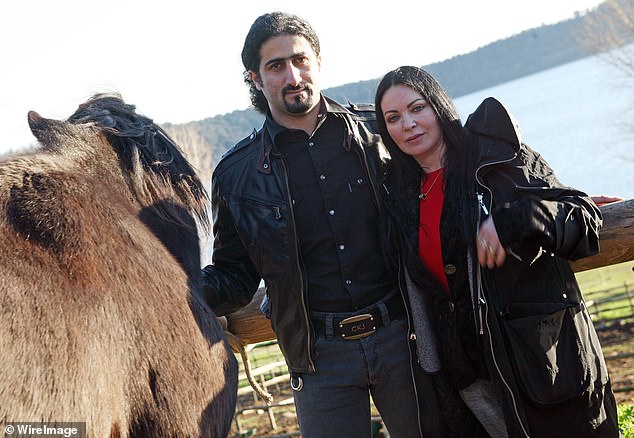 In 1991, the family were expelled from Saudi after Bin Laden criticised the royal family for allowing US troops to be based there, and was moved to Sudan.

There, the family were subjected to harsh survival training – driven out into the middle of the desert by Osama and forced to survive for days at a time with little food or water, sleeping in holes in the ground.

Anything American was strictly off limits including air conditioning or asthma inhalers, even though Omar and his brothers all suffered with the condition.

Then, aged 15, Omar was selected by his father to join him in Afghanistan to live in an Al Qaeda training camp in the Tora Bora mountains where he was to begin training to become a future terror leader.

It was here that he learned to shoot and, aged 17, discovered his pet dogs were being used to test chemical weapons when fighters described in detail how the animals had been gassed and died in agony.

Disillusioned with his father’s cause and the violence that surrounded him, he began plotting his exit following the US embassy bombings in 1998 and after hearing that something even bigger was ‘in the works.’

The final straw came when Osama asked his sons to sign up as suicide bombers.

Speaking to the Daily Mail in a previous interview, Omar said: ‘My father hated his enemies more than he loved his sons.

‘That’s the moment I felt I would be a fool to waste another moment of my life.’ 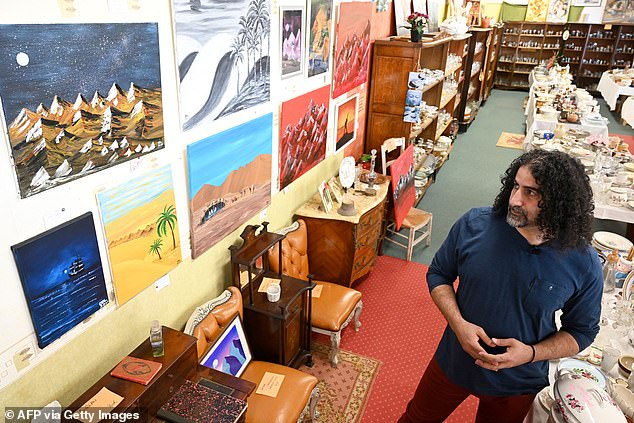 Omar is an artist and largely paints landscapes, with his favourite subject being mountains which he says reminds him of Afghanistan

Omar finally left Afghanistan in April 2001, just five months before the 9/11 terror attack made his father the world’s most-wanted man.

He said the pair never spoke between the day he fled and the day his father was killed by a US hit-squad at a compound in Abbottabad, Pakistan, in May 2011.

Asked why he thinks Osama chose him as heir, Omar said: ‘I don’t know, maybe because I was more intelligent, which is why I’m alive today.’

He met Zaina – who has been married six times, has three children and is now a great-grandmother – in Egypt in 2006, and the pair wed shortly after.

They tried to have children via a surrogate and IVF in 2010 but the woman who volunteered to carry the children – a PA from Bristol – miscarried at ten weeks.

The couple’s relationship ran into trouble around the same time amid rumours of a split after Omar reportedly began hearing his father’s voice in his head.

But Omar began seeing therapists and was prescribed medication to help manage his bipolar disorder, and now appear happy together.

Zaina says she blames Omar’s issues on his relationship with his father, and the stress of coming to terms with the crimes he committed.

‘There’s no one else responsible for this,’ she said in a previous interview. ‘Omar loves and hates Osama at the same time.

‘He loves him because he is his father but hates what he has done. I think he suffered post-traumatic stress disorder after 9/11.

‘Seeing what his dad did ruined Omar’s life.’