Staff members within the University of Oxford’s music department have reportedly suggested removing sheet music from the school’s curriculum because of its supposed connections to a “colonial past.”

Professors said that music notation has not “shaken off its connection to its colonial past” and that sticking with it would be a “slap in the face” for students of color, according to documents reviewed by the British outlet The Telegraph. 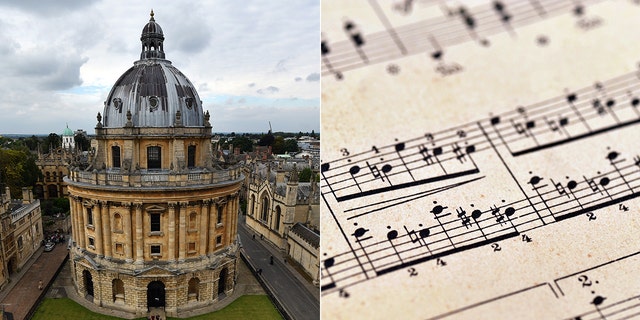 The University of Oxford, juxtaposed with music notation.

The same faculty also reportedly questioned whether the current curriculum was complicit in “white supremacy,” pointing to the program’s focus on “white European music from the slave period” – composers like Mozart and Beethoven.

The professors further suggested that certain classical music skills – like playing the piano and conducting orchestral arrangements – ought not to be required given that they “structurally center white European music” and cause “students of color great distress.”

The faculty members said the curriculum should broaden its music offerings with studies like “African and African Diasporic Musics,” “Global Musics,” and “Popular Musics.”

The proposed changes appeared to have driven in response to the Black Lives Matter movement.

“Arising from international Black Lives Matter demonstrations, the Faculty Board proposed making changes to enhance the diversity of the undergraduate curriculum.”

Fox News has reached out to Oxford University’s music department with a request for comment on the proposed changes.