A PAEDO caught the train to have sex with what he thought was a girl aged 12 – only to find police waiting for him at the station.

Convicted sex offender David Jones, 55, thought he was messaging “the 12-year-old girl of his dreams” over Skype. 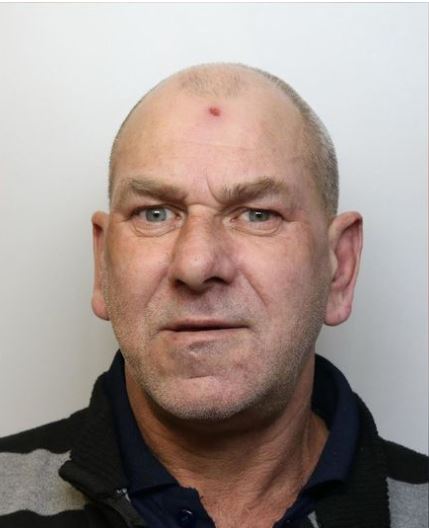 But unbeknownst to him, he had actually been chatting with an undercover cop posing as a kid online.

And when he travelled to Derby after arranging to meet the “child”, he was greeted by a police welcome party, Derbyshire Live reports.

Prosecutor Tustian Lody said: “The officer was contacted by the defendant and further communication between the two took place between November 13-18 last year.

“This was mainly over Skype. It was made plain to him that the person purported to be 12 years old and a female child.

“He asked her if she wanted to date him, and if she would ‘have fun’ with older men.

“I am not going to go into all of the filthy things that he said, but he discussed all sorts of sexually explicit things with her.

“He then made arrangements to meet with her in Derby but at Derby Midland Railway Station he met a number of police officers instead of the 12-year-old girl of his dreams.”

Jones pleaded guilty to arranging to meet a child for sex and breaching his sexual harm prevention order (SHPO).

He had previously been jailed for 12 months and handed an SHPO for trying to sexually abuse a 15-year-old.

Recorder Michelle Heeley QC said: “These are two serious offences and you are a convicted sexual offender.

“Thankfully, in this case, it was not a child but a police officer.

“You deny that you are sexually attracted to children, despite the quite frankly overwhelming evidence that you are.”

The judge sentenced Jones, of Chestham Street, Stoke-on-Trent, to three years in prison, handed him an indefinite SHPO and forced him to sign the sexual offenders' register for 10 years.