A STATE of emergency has been declared after residents were evacuated from Tampa Bay due to an “imminent” collapse and release of toxic wastewater.

Florida Governor Ron DeSantis tweeted: "Due to a possible breach of mixed saltwater from the south reservoir at the Piney Point facility, I have declared a State of Emergency for Manatee County to ensure resources are allocated for necessary response & recovery." 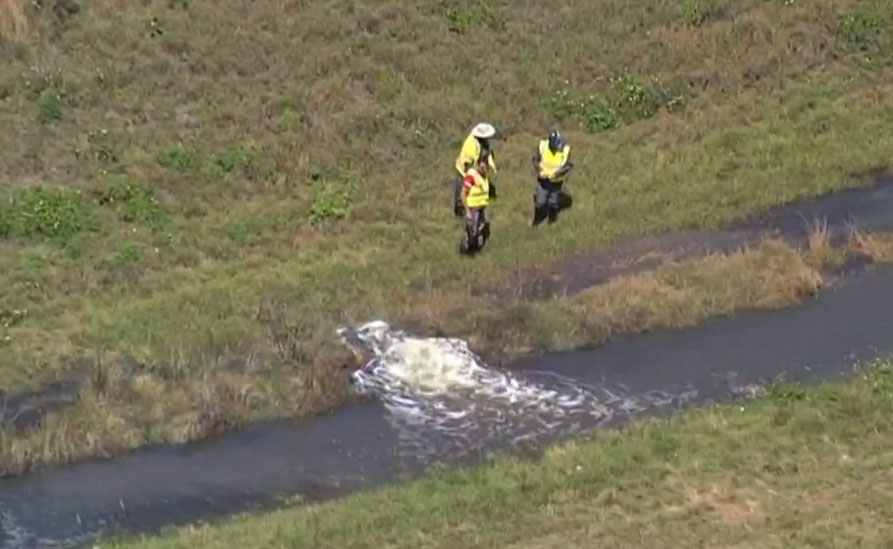 The leak at a Gypsum containment pond in Piney Point near Port Manatee could see a million gallons of phosphate byproduct-polluted water dumped into Tampa Bay.

The Phosphate Plant is located near Buckeye Road and Bud Rohden Road in Piney Point.

And today, fears that the leaked Gypsum stack could topple – which would release more toxic waste into the area – have triggered an evacuation order.

An emergency phone alert was sent out around 11am this morning ordering residents to evacuate “NOW.” 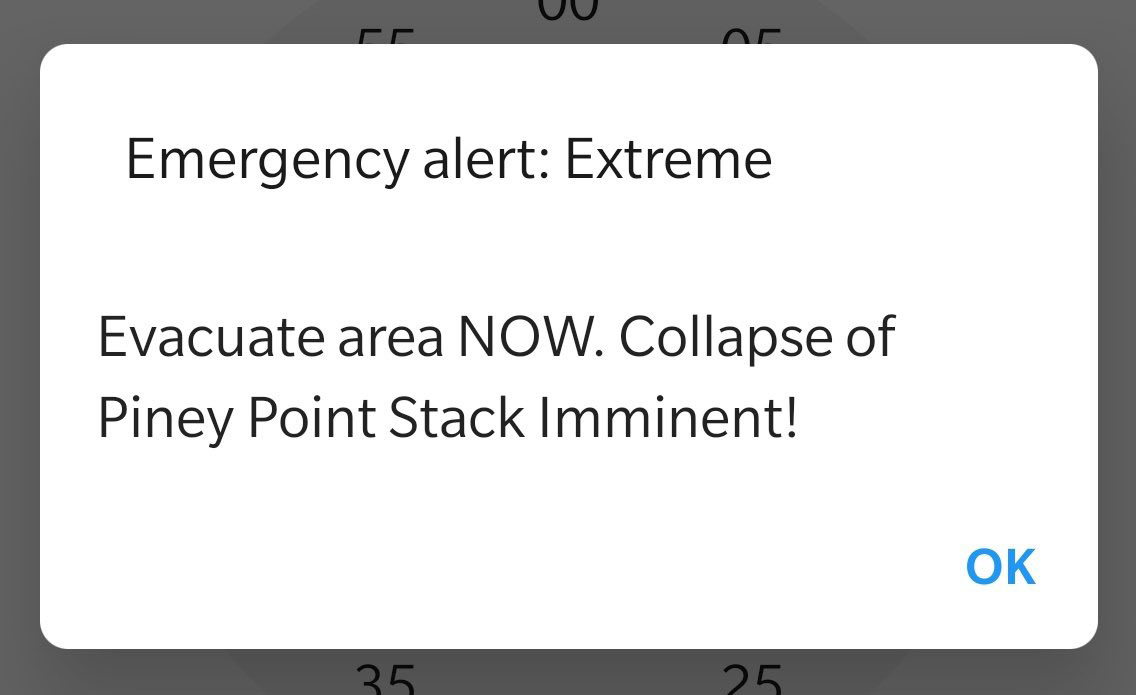 The initial order impacted anyone within a half-mile radius of Piney Point, south of Buckeye Road from US 41 to O’Neil Road.

A second evacuation notice was issued around 7:30pm last night and expanded to impact anyone within a mile north of the Piney Point phosphogypsum stack.

About 10-15 homes have been evacuated, all in about a mile radius from the plant.

Meanwhile, traffic is being stopped and turned around on US Highway 41.

Manatee County Director of Public Safety Jacob Surr said: “We believe that there is enough imminent threat from the stack that those homes south of the stack and those businesses could be affected through flooding if that, if those conditions were to worsen.

“Working with the Department of Environmental Protection and the state as well as HRK holdings and we’ve been working with the county administration around the clock on this matter.

"We just feel like there’s enough imminent threat that we needed to alert and evacuate a certain area of these residences in case that were to worsen.”

It is the second leak at the old phosphate facility that shut down in 2003 after the company that owned it, Mulberry Corp., went bankrupt.

"I am heavily focused on maintaining just stack stability, and knowing, I'm worried about the next hour, not necessarily focused on what is a month down the road," said Jeff Barath with HRK Holdings, the company in charge of the site.

On Friday, crews worked to siphon off millions of gallons of wastewater from the old gypsum stack as it leaked.

It is one of several ponds that is used to filter phosphate bi-products over a cycle that lasts several years.