Boris Johnson will hold his major G7 press conference slap bang in the middle of the England game in a case of astonishingly bad timing.

The Prime Minister will begin the session to mark the end of the summit on Sunday just as England kick off against Croatia – guaranteeing him just a fraction of the airtime he could have expected any other time.

The conference will start at 2.05pm, just five minutes after kick-off when millions will tune in to watch England’s first game of the Euros. 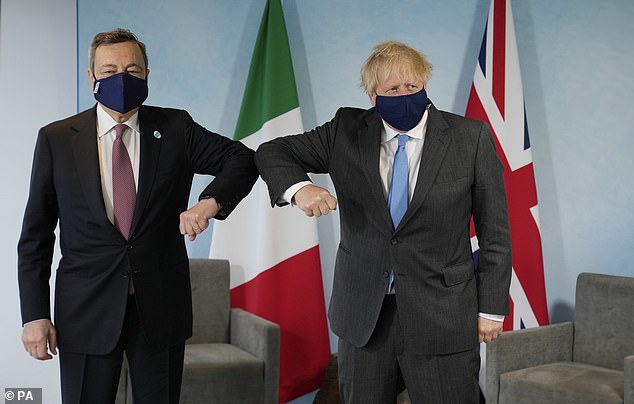 Mr Johnson claims to be a football fan but does not follow any particular club. He is known to be a passionate fan of rugby and cricket.

His spokesman told The Sun: ‘It is looking likely there will be a clash I’m afraid, but we will do our best.’

The clash is all the more bizarre given that Britain is hosting the G7, meaning the PM can decide scheduling.

It came as Kate Middleton met Jill Biden for the first time today at a school near the summit site in Carbis Bay, Cornwall.

The Duchess of Cambridge, 39, cut an elegant figure in the £1,125 fuchsia midi dress from Alexander McQueen and carrying a £225 L.K. Bennett handbag that matched her shoes as she arrived to meet the President’s wife, 70, who also wore pink.

They were meeting children aged four and five at the Connor Downs Academy near Camborne this afternoon followed by a round table discussion with UK education experts convened by Kate.

The royal mother-of-three and the US First Lady discussed female empowerment, children and early education during a seminar.

Kate is at the centre of Britain’s diplomatic mission to woo the US as Boris Johnson pushes for a quick free trade deal with Joe Biden as well as a quarantine-free travel corridor this summer. 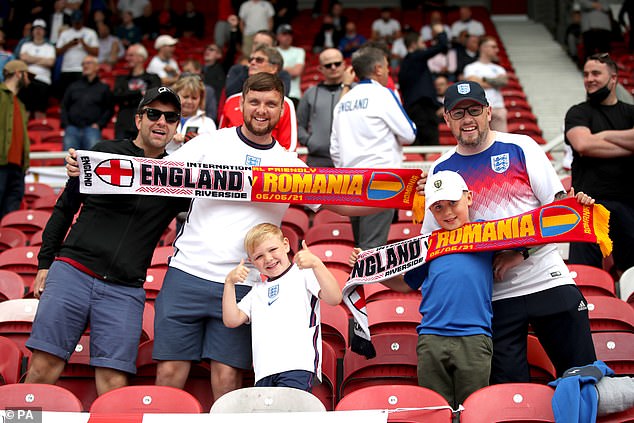 In other G7 developments today, Mr Johnson suggested rebranding the ‘special relationship’ between the US and the UK the ‘indestructible relationship’ after his first meeting with Joe Biden.

The Prime Minister is not a fan of the historic phrase, with reports this week suggesting he believes it makes Britain seem ‘needy and weak’.

Speaking after bilateral talks with Mr Biden in Cornwall yesterday ahead of the formal start of the G7 summit, Mr Johnson said the alliance between the two nations has been a ‘guarantor of peace and security for a long time’.

He said he would be happy to call it a ‘deep and meaningful relationship’ or even an ‘indestructible relationship’.

Meanwhile, the US President said he believed the ‘special relationship’ is ‘stronger than ever’ after the talks – posting a photograph of himself putting a fatherly hand on the PM’s shoulder in his trademark ‘power pat’ move.

But the White House risked cooling the evident love-in between the leaders by announcing that Angela Merkel has been invited to the US on July 15, before Mr Johnson.

No, Congress’ staffers aren’t more important than you

‘Partial success’: Pandemic is slowing down, says the WHO

Matthew McConaughey may be next Texas gov as 45% of voters back him in race against incumbent Greg Abbott, poll says