Pictured: Man wanted by police after 12-year-old boy was shot in leg in gangland drive-by attack

Police have released a CCTV image of a man they want to speak to after a 12-year-old boy was shot in the leg and suffered serious injuries.

The ‘entirely innocent’ youngster was standing with friends in the Arbourthorne area of Sheffield on Sunday, January 12 when a car sped past and a gunman opened fire.

The shooting was part of an ongoing feud between rival gangs but the child, who was not the intended target, got ‘caught in the line of fire’, police said.

As investigations into the shooting continue, detectives have released a CCTV image of a man they would like to speak to in connection with the incident. 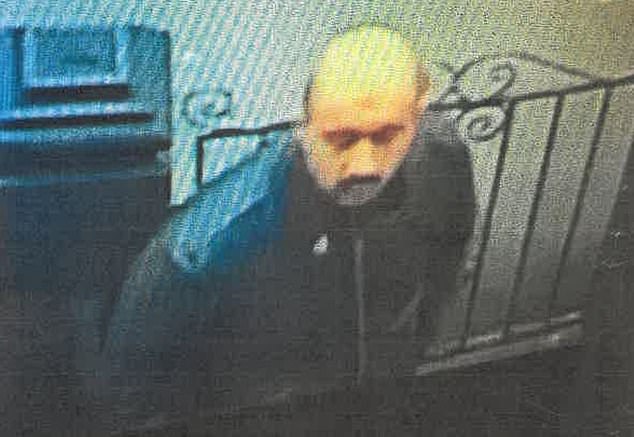 Three men have also been charged with firearms offences in connection with the incident and have all been remanded into custody pending further court appearances.

South Yorkshire Police previously described how the boy and others were standing in the street when a white hatchback, believed to be a Ford Focus, drove past and opened fire at around 3.45pm.

The boy and his three friends, aged 13, 15 and 16, were ‘caught in the line of fire,’ according to Chief Constable Tim Forber, between two warring gangs.

Speaking at a press conference in January, Chief Constable Forber said it was an ‘horrendous’ incident and that he believed another local male had been the target.

‘This is a shocking incident,’ he said. ‘It’s impossible for anyone who’s a parent – I’m a parent of a 12-year-old myself – not to imagine quite how horrific this is, and how the young boy’s parents must be feeling at this stage.

‘What we know so far is that the victim was standing outside the shop with three of his mates.

‘They were aged 13, 15 and 16. It appears that they have been caught in the line of fire of a targeted attack.’

He added: ‘It’s really important to say that we do not believe that the victim or his friends were the target, and they are entirely innocent bystanders to this incident.’

‘We suspect this is about a dispute between two organised crime groups and it is linked to a number of incidents that have taken place since mid-November,’ Mr Forber added. 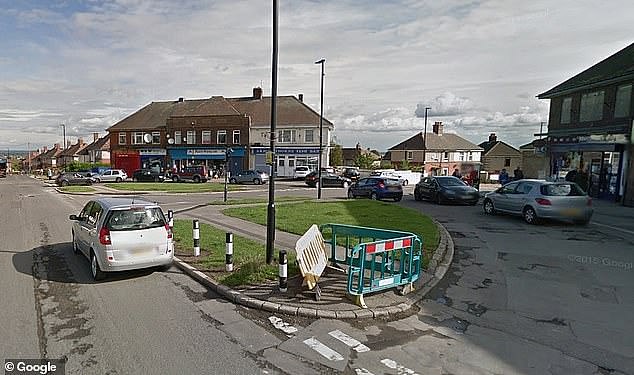 The boy and his three friends, aged 13, 15 and 16, were ‘caught in the line of fire,’ according to Chief Constable Tim Forber, between two warring gangs (pictured, the Arbourthorne area of Sheffield where the incident took place)

But he also said that police are keeping an ‘open mind’ as to how the shooting came about.

He reassured local residents that ‘enhanced and visible patrols’ will continue in the area as the incident is investigated.

Mr Forber said: ‘This was a horrendous crime. A 12-year-old innocent boy has suffered a gunshot injury. He was a young lad, looking for something to do on a Sunday afternoon with his mates.

‘The answer to this lies within the community. We know, I know, that an incident like this strikes absolute fear in the heart of the community, that’s obvious.