A 33-year-old father of five from Deer Park who died after a drive-by shooting outside a pool hall in Melbourne’s west earlier this year may have been the victim of a case of mistaken identity in a community dispute, or a feud between bikie gangs.

Ikenasio Tuivasa, known to his friends and family as ‘Sio’, was standing outside the All Star Lounge on Westwood Drive with a group of people when a Toyota Hilux SR5 ute pulled up just before midnight on 27 February, according to investigators. 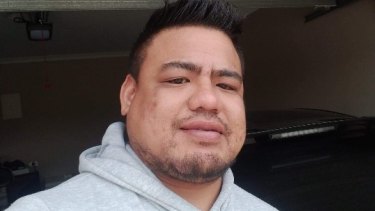 33-year-old Ikenasio Tuivasa, known to friends and family as ‘Sio’, died as a result of the drive-by shooting.

One of the two people in the ute, called out to the group in Tongan to get their attention before pulling out a gun and fire four rounds, hitting Mr Tuivasa and another 24-year-old man from Endevour Hills.

The younger man survived the attack, but Mr Tuivasa, described by police at the time of his death as a “family man”, died in hospital after being driven there by friends and relatives.

Detective Inspector Tim Day said on Wednesday detectives had spent months combing through Mr Tuivasa’s background, and the backgrounds of others who were at the pool hall that night but still hadn’t been able to pin down a clear motive for the targeted attack.

“We’ve identified a number of other altercations leading up to this incident involving members of the Pacific Islander community, in and around the same Westwood Drive venue and other similar venues in the northern suburbs and are working to establish if any these incidents are linked to the shooting,” he said.

Detective Inspector Day said members of the Hells Angels and Comanchero bikie gangs often visit the pool hall and hookah bar which are located in an industrial area next to a Ravenhall hire car company and mechanic, and across the road from a funeral home.

He said the night before the fatal shooting, another incident occurred in which someone pulled a gun.

“Investigators are trying to establish whether this incident is linked to the shooting in which Sio was killed,” he said. 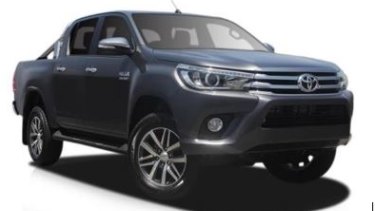 Investigators believe the vehicle was a dark grey 2017 Toyota Hilux SR5 dual-cab ute, with a chrome roll bar on the rear tray and stock wheels.

Police are urging anyone who was at the pool hall on the night of the shooting who hasn’t yet spoken to police to come forward, as well as any drivers in the area who may have dashcam footage of the ute.

In an unrelated shooting on Rebecca Drive in Ravenhall, just one street over, in December a Melbourne grandfather allegedly shot a man in the arm following a long-running dispute over rubbish dumping.

Anyone with information that could assist investigators with their enquiries is urged to call Crime Stoppers on 1800 333 000 or log onto www.crimestoppersvic.com.au