The failure of the dam in Whaley Bridge was due to ‘poor design’ and ‘intermittent maintenance’ over the years, a damning report has found.

The partial collapse of the structure at the Toddbrook Reservoir, Derbyshire, led to the evacuation of more than 1,5000 residents from August 1 last year due to fears that the dam would collapse after heavy rain.

The crumbling wall, which separated the Derbyshire lake from the old mill and coal town below, saw emergency services rush to the scene to pump the water away from the reservoir and issue a ‘danger to life’ warning.

Now, a review of the incident, conducted by Professor David Balmforth, has called for inspections of the dam to be carried out as a ‘matter of routine’. 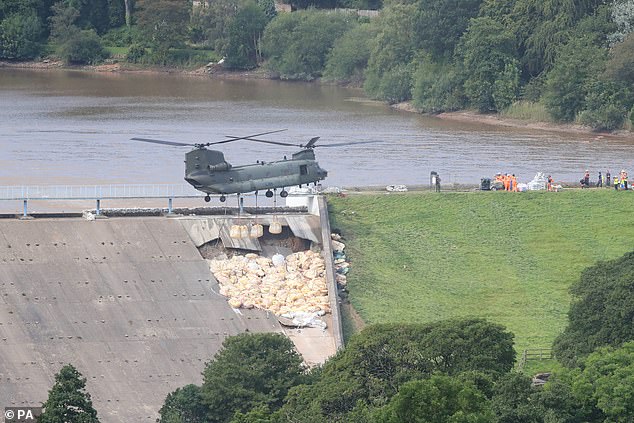 A review of the partial collapse of the dam in Whaley Bridge at the Toddbrook Reservoir in Derbyshire, found it was due to ‘poor design’ and ‘intermittent maintenance’ over the years. Pictured: RAF Chinook helicopter flies in sandbags to stop any further collapse of the dam 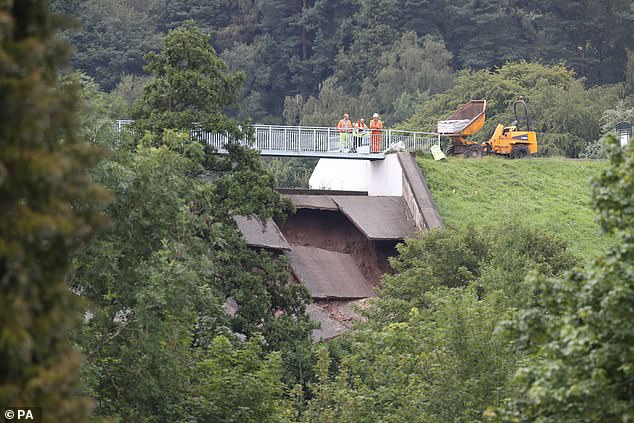 The report by the Department for Environment, Food and Rural Affairs said the cause of failure at Toddbrook Reservoir in 2019 was the poor design of the spillway 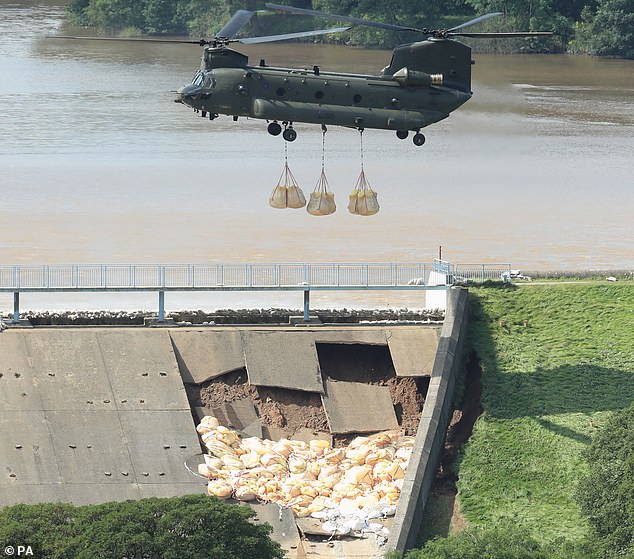 The failure of the wall saw emergency services rush to the scene to pump the water away from the reservoir. Pictured: An RAF Chinook helicopter brings sandbags to help repair the dam in August 2019

Despite the criticism of the design, the Canal and River Trust – which maintains the dam, previously said it was ‘happy’ with how it was built and described the incident as an anomaly.

The report, released by the Department for Environment, Food and Rural Affairs (Defra) on Monday, said: ‘The cause of failure at Toddbrook Reservoir on August 1 2019 was the poor design of the spillway, exacerbated by intermittent maintenance over the years which would have caused the spillway to deteriorate.

‘It has not been possible to say whether it was the poor design or the intermittent maintenance that was the primary cause of failure on the day.

‘With consistent good quality maintenance over the years leading up to the event the spillway may not have failed.

‘However, it would have been unlikely to survive the probable maximum flood which is many times greater than the flood in which it failed.’ 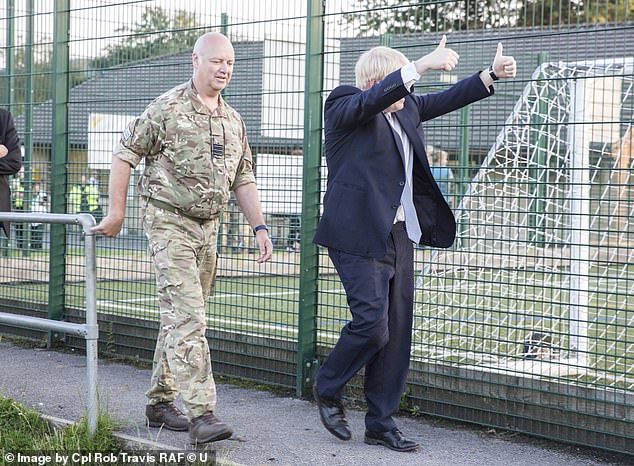 Pictured: Boris Johnson visits the Derbyshire town and shows his support as the emergency operation gets underway 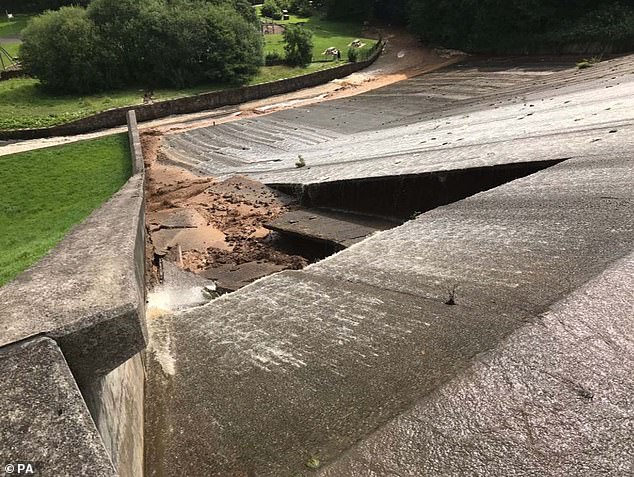 Commenting on the findings of the report, Environment Secretary George Eustice said: ‘This review provides the whole reservoir industry with important lessons following the incident that took place at Toddbrook Reservoir last year, and I hope it also reassures the public that we remain committed to ensuring the safety of reservoirs across the country.

‘There is nothing more important than the safety of our communities, and I expect the Environment Agency and reservoir owners to immediately take action on these recommendations in order to ensure the continued safety those living and working near reservoirs.’

Environment Agency CEO Sir James Bevan said: ‘The Environment Agency will act quickly to implement these recommendations, and we will continue to work closely with all reservoir owners to ensure they are maintaining and monitoring their reservoirs in line with our high safety standards.’ 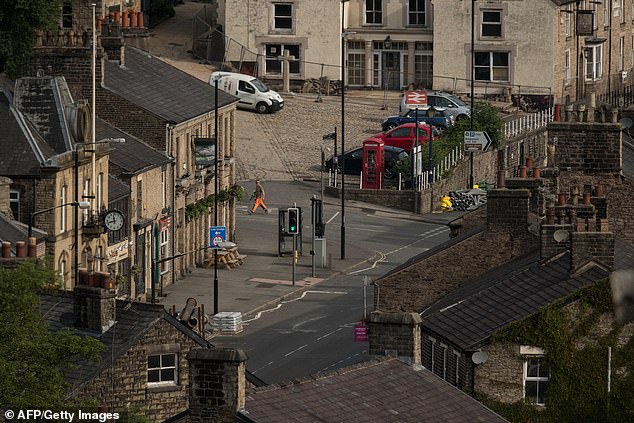 The partial collapse of the dam saw the evacuation of more than 1,5000 residents from August 1 last year